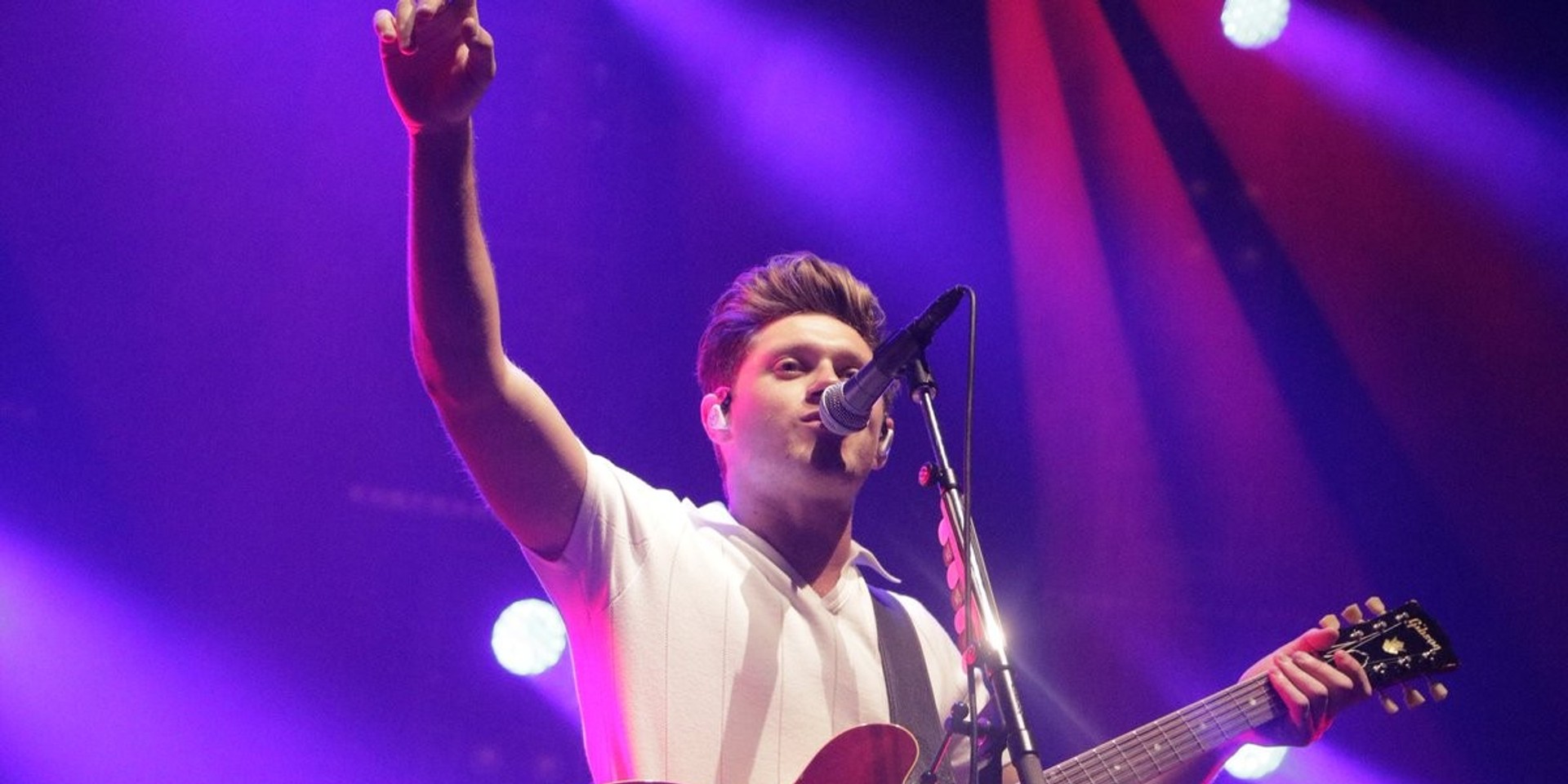 With the easiness of his voice and uncomplicated songwriting, American Music Award-winning artist Niall Horan’s first solo effort is best listened to on a rainy day, intimately, with earphones perhaps. Through a strange turn of things, however, his Filipino supporters had to live out the concept so violently during the Manila leg of the Flicker World Tour. Rainfall in the city was especially tough during the weekend of Niall’s visit but neither the weather nor its resulting floods stood as a hindrance to the concert goers and to Niall, even.

His June 10 concert marks Niall’s third visit to the country, with the previous two stops in 2015 and 2016-- respectively, the One Direction concert in Manila and his backpacking adventure with his pals, wherein he stopped by Boracay and El Nido, Palawan. Showing his admiration, he called the Philippines a “beautiful country with beautiful people.”

The 18-song concert was comprised predominantly of performances from his debut album Flicker. From the very moment he walked on stage to open the show with 'On The Loose,' the Mall of Asia Arena was vibrating with an unexplainable adrenaline rush. The uproar and shrieking was through the roof and the crowd sang along to every song without missing a word, showing their allegiance to the artist in front of them.

Mixed in the setlist are songs that highlighted Niall's past, future, and potential. Long-time supporters of the Irish artist were treated to a throwback to his not so distant past with his versions of 'Fool's Gold' and 'Drag Me Down.' Another big highlight is a thumping performance of Bruce Springsteen's 'Dancing in The Dark,' Niall's personal ode to The Boss. Meanwhile, the addition of the piano-based 'So Long' could be considered as one of the evening's strongest turn. A song that didn't make the album, ironically, shows the strength of Niall's songwriting-- thoughtful, concise, and articulate.

As to why this particular track did not make the album, he shared that 'So Long' didn't initially turn out the way he wanted it to, production-wise. It did, however, find another life during touring, arrangement-wise. According to Elise Maog (26), one of the lucky fans who were present at the sound check earlier that afternoon, Niall plans to take his sweet time in writing his sophomore album. "He said that for his next album he's gonna make sure (that) he'll spend a lot of time on it," Elise shares. Niall hopes to release two new singles by December of this year or January 2019.

In a live setting, his voice is clearly stronger than what the record has captured and his guitar-playing shows a level of comfort he developed from years of being the only 1D member who played the guitar during the tours. It's remarkable to note that some songs that did not strike as stadium-types on the record turned out to be completely electric live, letting Niall's onstage talent shine through. This is particularly evident in the sultry 'You and Me', the riotous 'On My Own', and the incredibly rousing 'Mirrors'.

Complimentary to his kinetic energy is Niall's responsiveness and ability to speak to the crowd, making the venue feel intimate despite its scale. "I see you," he utters breathlessly whilst in the middle of singing 'Fire Away,' a song that is particularly important to the fans who have depression and other mental illnesses. He returns to the song quick, "And I will steady your hand when you're loosing your grip, even if I don't understand you can talk to me."  Every person in the arena suddenly feels seen as he acknowledges the fan project, an ocean of green and orange enveloping the arena.

Everything comes back to you. The sea of lights during This Town is making us v v emotional rn 😩 #SmartNiallHoran #SmartMusicLive #FlickerTourManila pic.twitter.com/ELxgd3HZ5z

When Niall played the title track 'Flicker,' he asked the crowd to set aside their gadgets. With no phones in the air, the arena went nearly dark but as a sea of stars slowly emerged among the crowd, the darkness turned into a sight to witness.

Watching a sea of stars float above me while @NiallOfficial sang was one of my favourite moments during the #FlickerTourManila. What a feeling 💚 pic.twitter.com/jFYiJVTU42

These picturesque moments, however, did not strike easy as nearly 10 months of planning and preparation went into making sure that the “green ocean” in 'Flicker' and “sea of stars” during 'Fire Away' materialized. Fan Projects are usually executed during live concerts, although not exclusively, as an expression of appreciation to a fandom's idol. Ara Francisco (20) of Niall Horan Philippines (NHPH) spearheaded the efforts and shared that the organization had to sell shirts to fund it because they wanted to make sure that being part of the fan project would be free for all the concert attendees. Ara and the rest of her team hand-made all 7000 stars and despite the stress, says that NHPH just "wanted to make sure was that it'll be so special and memorable not just for Niall but also for all of the Filipino Lovers,” referring to Niall fans.

Twitter is home to fan accounts or stan accounts and a quick browse would show a community formed in the online world. Many have become friends while most of the fans claim that theirs is not just a community, but a family. And true to the familial spirit is how several groups of fans raised money to cover the costs for those who couldn’t afford to buy tickets.

For @tomlinbops on Twitter, the idea to start a fundraiser came to her after seeing tweets from other fans expressing how they wouldn't be able to see the show. When she tweeted about the idea, there was an overwhelming response and thus a plan was born. A Twitter account was set up under the name @MnlFlicker wherein announcements and information were to be posted, but the success truly came from the collective effort of various Twitter users who all made sure that the official hashtag #FlickerOfHopeManila trended. This helped the cause spread like wildfire, @tomlinbops shared. Donations were collected through bank deposit and money couriers, while a PayPal account had to be set up for foreign fans who wanted to get involved as well. In the end, nearly 30 thousand pesos was raised-- 29,680 php to be exact, allowing them to give away 10 upper box tickets, alongside one VIP ticket that someone donated.

17-year-old Niña admits that her means to contribute financially were limited which is why she came up with the idea of raising money together with her fellow fans and friends in one of their group chat conversations. She shares that "seeing fans join giveaways that were just scams made me and my friends upset" but she stated that the main reason was to make their fellow fans be "the happiest they can be." The giveaway was also executed through Twitter and in the end, their group was able to raise enough money for 5 upper box tickets in just a matter of 7 days. According to Niña, there were more groups aside from hers and @tomlinbop's who raised funds for tickets, which made her feel "even more proud of our fandom."

One of the many lucky fans who was 20-year-old Finela who bagged one of the upper box tickets. A fresh graduate from college, she shared that concert tickets were something that was beyond her spending capacity so she was filled with hope when she saw the giveaway. She tried her best not to expect much because of the number of joiners. When her name was announced as one of the winners she was in tears and was trembling from happiness and shared, "it took me some hours to digest what just happened." She considers it the best graduation gift anyone could ask for and shared how grateful she was for "people who I didn't know (but) made an effort to make us see Niall live."

Among the discussions of the fans, it seemed to them that the fans' act of generosity to raise funds compelled Niall to let fans in the concert venue for free. Kate was one of the lucky fans who, in her words, became “Team Concert” from “Team Labas.” On a Twitter post, she shares that she and her friends decided to hang out at the staff entrance in hopes of turning their luck around. Their persistence paid off when someone from Niall’s team, came up to them without so much a hello and started counting heads. Seven. He handed Kate and her friends 7 tickets. They couldn't believe their luck but were even more elated when they realized that they were given VVIP Standing tickets. Kate's evening was magical and she shared to Bandwagon that the best part of the concert was hearing Niall say thank you to the crowd.

As the night closes, Niall gives the Manila crowd a beautiful goodbye, “Manila, this has been absolutely incredible. Thank you to absolutely every single one of you." 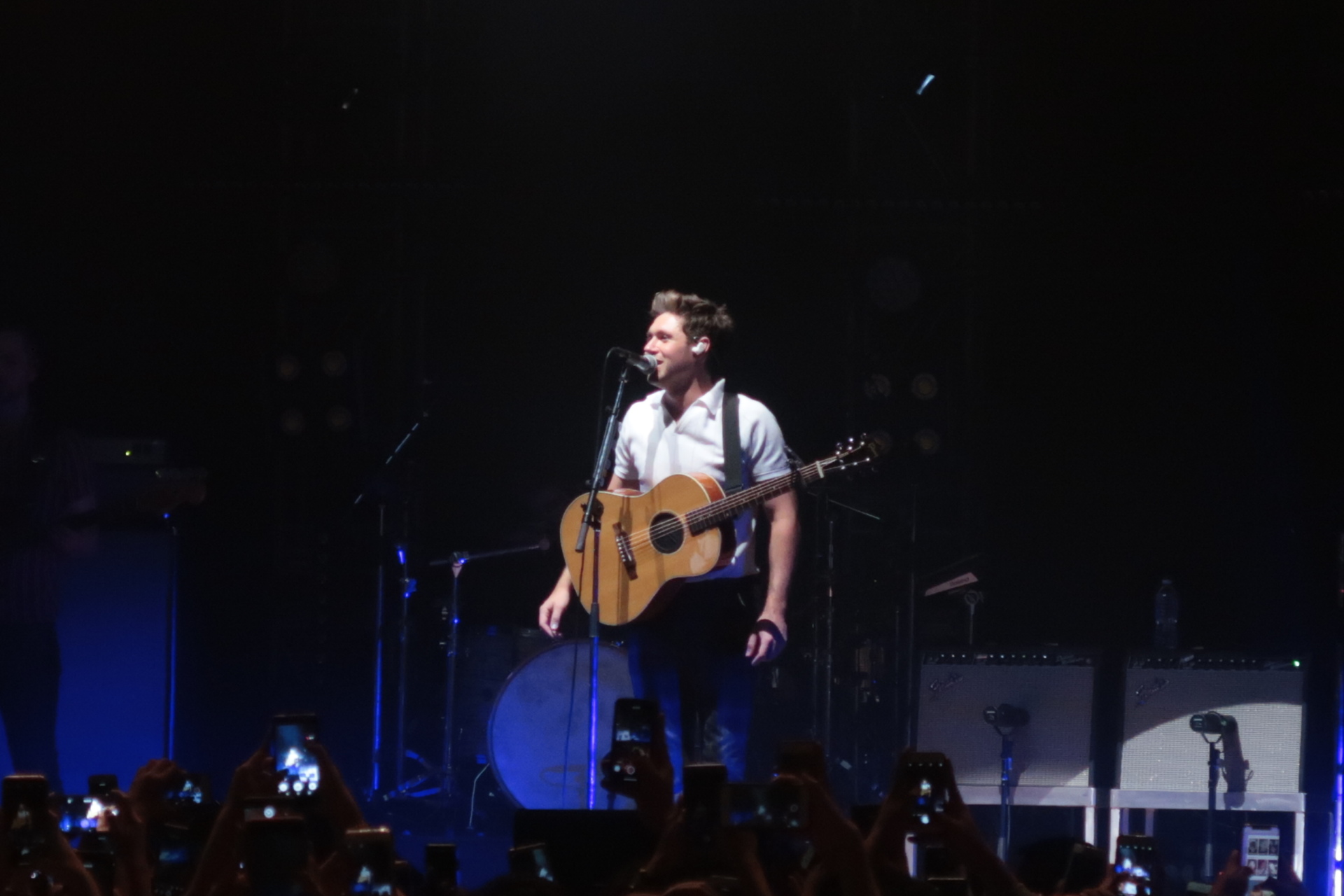 "I say this every single time but I really mean it," he asks the crowd to pay attention to his everyone word. "I understand how completely hard it is, and expensive (and things) it is to get to a concert these days. I even heard that some of you guys were paying for other fans," acknowledging the fundraising. It shows why an artist like Niall Horan is able to foster a culture of family among his fans-- it's in how he pays attention to everything because every single thing matters to him and in turn, that matters to the fans as well.

Through all the interviews, one thing was clear: anything that happens to one of them happens to all of them. The initiators of the various projects emphasized that the fan projects and the fundraising would not have been accomplished without the rest of the fans. When Twitter winner Finela found out about another lucky fan scoring VVIP Standing tickets, she brushed off the idea of being jealous; instead, she chose to be happy to see a fellow fan get great seats.

At the end of the evening, the arena was filled with gratitude emanating from everyone-- from the project heads, from the fortunate ones who managed to score tickets, from the fans who were simply in a state of euphoria to see their favorite, and of course from Niall himself. "I live in the other end of the planet and I get the chance to come to countries like the Philippines and play a show for you guys," Niall says as he tethers the line between disbelief and thankfulness. "I won’t be able to do it without you guys.”