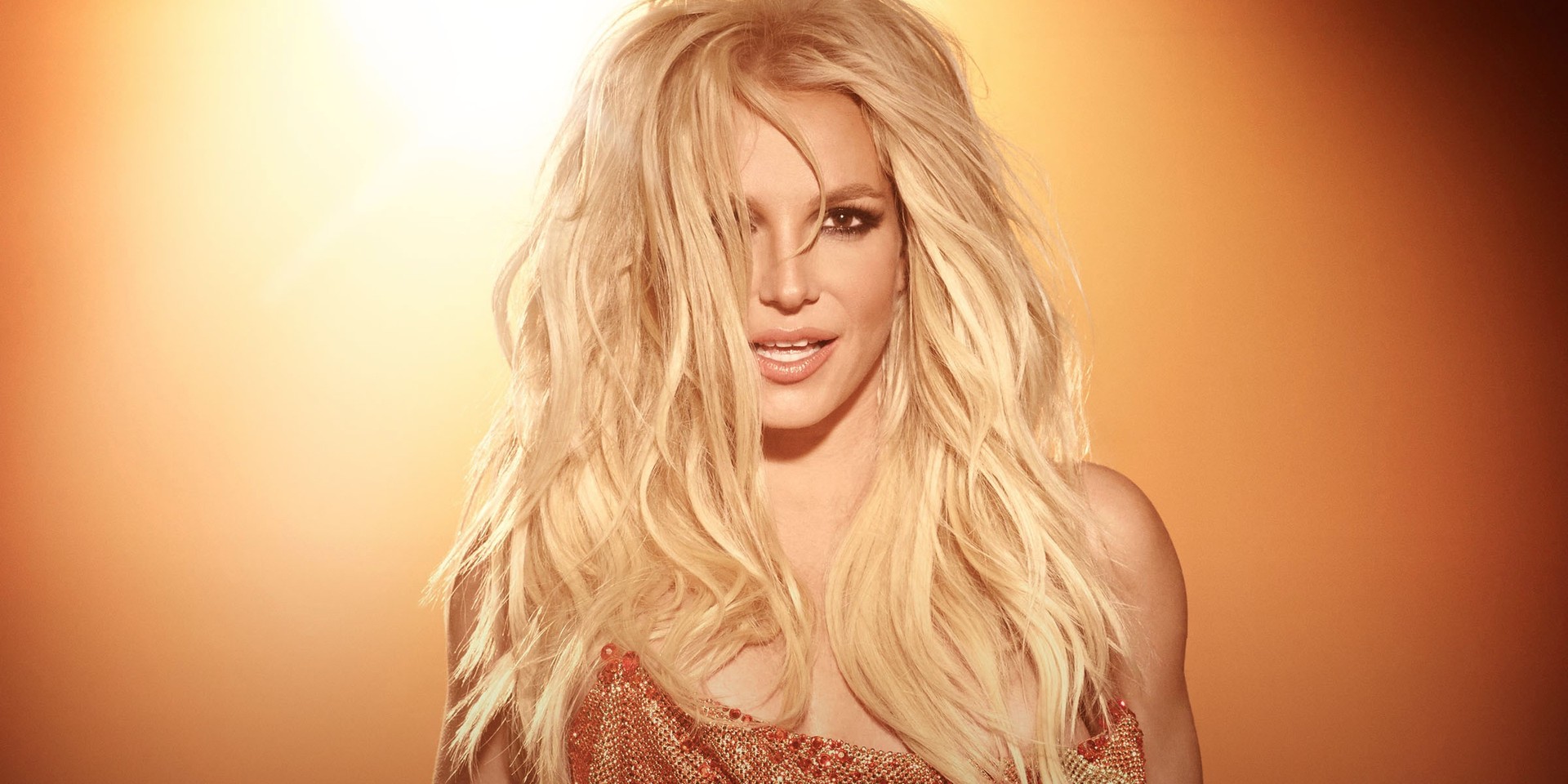 Wilbros Live took to twitter earlier today to warn fans of fake Britney Spears tickets for sale on Metrodeal. The discounted tickets were brought to the public's attention via Philippine Concerts' official Twitter, when they shared the Metrodeal post to Britney fans in Manila. 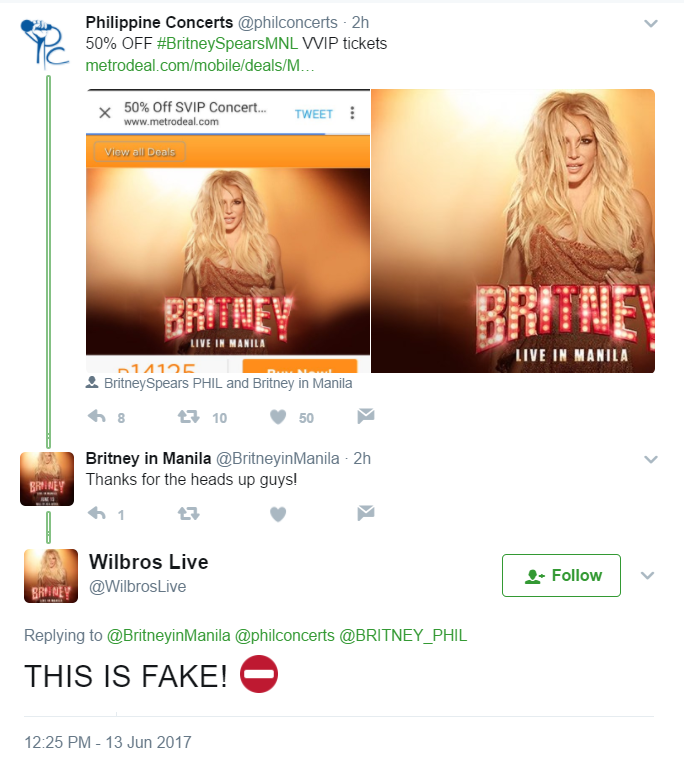 Wilbros Live's Twitter page were quick to address the issue, tweeting "THIS IS FAKE!" Tickets to the concert, with some being sold for more than twice the original price, have also appeared on ticket re-selling sites such as StubHub and OLX. As tickets are still available for purchase via the authorized ticketing site, Bandwagon strongly recommends buying from SM Tickets, instead of risking your hard-earned cash (or credit) for fake tickets. 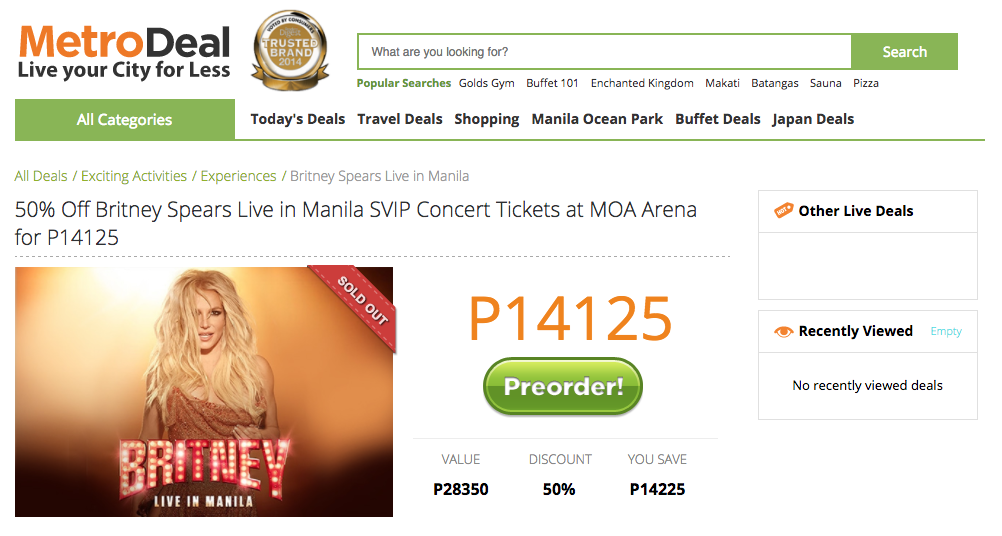 Britney Spears Live in Manila is happening on June 15, 2017, at Mall of Asia Arena. Limited tickets available via SM Tickets.