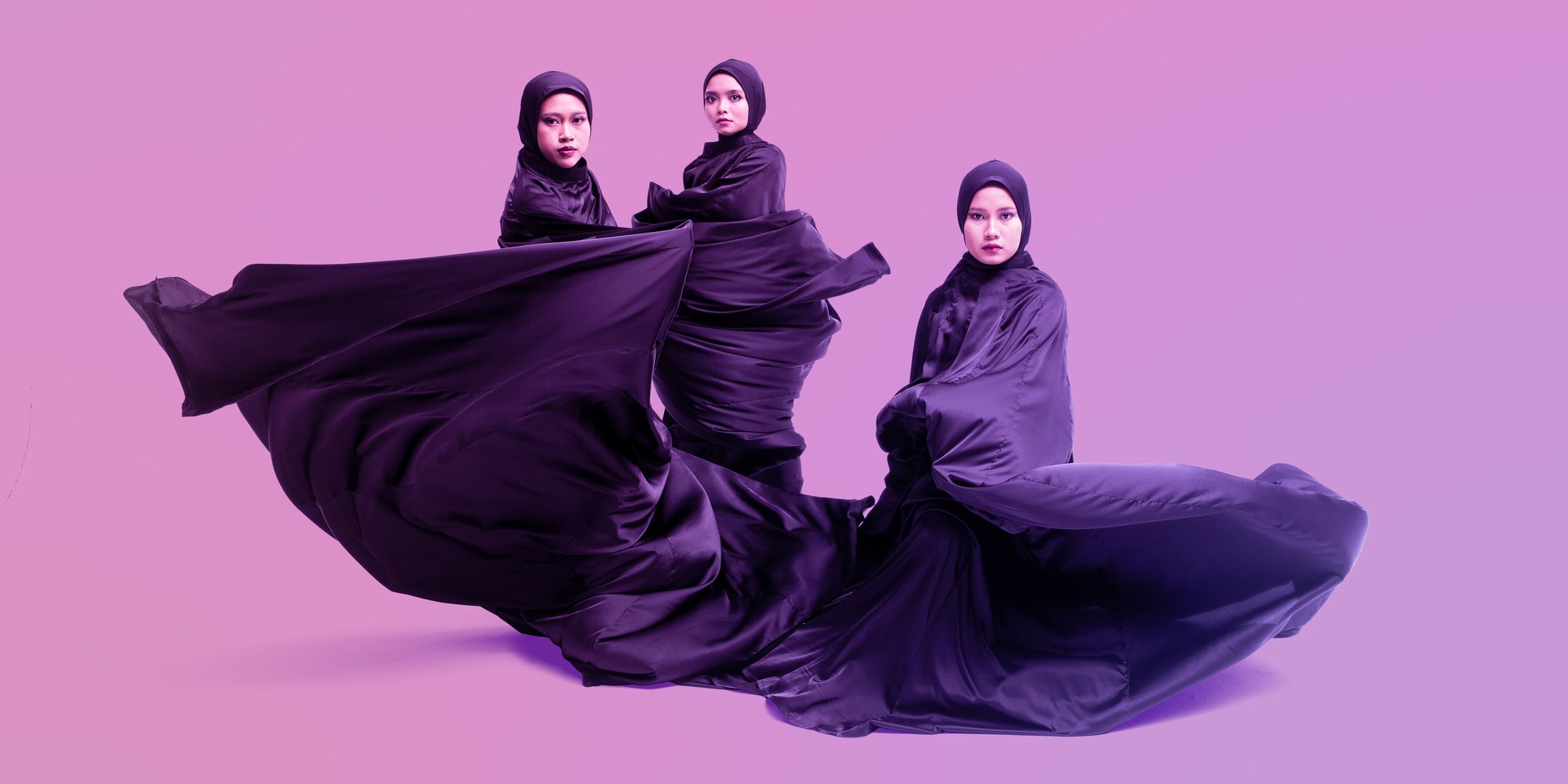 In a society that's designed to work against you, it takes courage to stand up and speak out. Hoping to ease that burden for young women and children across the world, Voice Of Baceprot are calling attention to the many issues that affect that plague today's generation.

In their latest single, the 'School Revolution' hitmakers are taking a stand against the lack of bodily autonomy and integrity that many women face today. Released in celebration of International Women's Month, '[NOT] PUBLIC PROPERTY' serves as a reminder that we only belong to ourselves.

"Through this song, we want to ask our fellow women to have the courage to stand up and speak up about themselves, their bodies, and what they want," the band tells Bandwagon.

In conjunction with the single and to further propel their message, Voice Of Baceprot have initiated the [NOT] PUBLIC PROPERTY campaign to shine a light on all issues affecting the body while simultaneously, helping to provide aid and assistance to victims of sexual assault and violence. This campaign was made in partnership with Indonesian crowdfunding platform Kitabisa.com and global charity Women Of the World (WOW) Foundation.

"We hope that this movement could help those in need so that they don’t feel alone anymore. They have the right to enjoy their lives without fear and trauma," they say.

Before International Women's Month draws to a close, Bandwagon caught up with Voice Of Baceprot to talk about their latest single, their empowering campaign, and the important women in their lives.

Congratulations on the release of ‘[NOT] PUBLIC PROPERTY’! Could you walk us through the message of the song?

'[NOT] PUBLIC PROPERTY' is a song that harbours the voices of women as absolute owners of their bodies. At a time when more people want to control a woman’s body and relate its existence with other parties, we would like to remind them again that it is time for women to be braver in saying that her body is not anybody’s property—not her father’s, her husband’s, or any groups of people wherever she is.

What inspired the story of your latest single?

Marsya: The initial idea behind the song came about when I was feeling deeply concerned after seeing the responses of people towards victims of sexual violence. Amidst the victim’s trauma and fear, people were still blaming the women’s bodies and what they wore.

From those incidents, I realised that a woman’s body and what we wear are often still considered a public issue. They feel as if a woman’s body is owned by everybody, which is why they feel that they could meddle in the decisions made for it. In reality, the one person who is entitled to a woman’s body is that woman only.

You’ve always advocated for women’s rights and fought against societal constructs, how has music helped you support these advocacies and movements?

Music has helped in accelerating the speed at which our movement could spread and be heard by more people. Without music, it probably would take a lot longer and we won’t have as big a chance to be heard as how it is now. That is why we believe that music has its own language: a universal language that could cut through distance and social class.

Why do you feel it’s important to bring up social issues through your music?

We grew up in an environment where social issues such as poverty, violence, and all forms of repression against women occur on a daily basis. When such terrible things were happening, not a single person from our environment had enough power to be heard as they attempted to escape from this existing condition.

Eventually, we discovered music as a platform to properly express those voices. It is something that gives us the strength to be heard more. We want to break that chain of despair. We don’t want to see people—especially women and children—continue to live in hardship anymore.

In what ways do you hope to inspire your listeners?

By continuing to play music and always remain on the side of humanity.

Along with the song, you’ve launched a campaign with the crowdfunding platform Kitabisa.com. Could you tell us more about the campaign?

In conjunction with the release of the single '[NOT] PUBLIC PROPERTY', we also initiated the founding of a movement of the same name. Through this movement, we’ve been working together with the WOW Foundation to ask women from across the globe to speak up about all their concerns that are related to their bodies.

We also started the Instagram account @not.publicproperty which we hope could become a safe and comfortable space for our fellow women to share their stories. Apart from that, we are currently working together with Kitabisa.com and their solidarity movement for women and victims of sexual violence and abuse #KawanPuan via accepting donations to help victims of violence who are finding it difficult to find medical, psychological, and legal aid.

To boost the crowdfunding effort, we’ve released special '[NOT] PUBLIC PROPERTY' merchandise and NFT drop, with part of the proceeds to be donated to our charity campaign on Kitabisa.com’s #KawanPuan.

In celebration of International Women’s Month, who are some of the women in your life that inspire you?

The women who have inspired us the most in our lives would have to be our mothers. When our fathers had to stop working due to old age, our mothers were the ones who continued to support and feed us. We admire them greatly for their ability to survive and soldier on while shouldering the extra burden in an environment that does not agree at all with their decision to spend more time outside of the house for the sake of earning a living.

Who are some other Indonesian female artists we should be adding to our playlists?

Indonesia is home to so many amazing female artists from various backgrounds and genres. You should give a listen to Fleur, Zirah, Annabelle Trash, Bananach, and many others.

You can support Voice of Baceprot's [NOT] PUBLIC PROPERTY campaign here.