Wonderfruit Festival has revealed its second phase line-up for the festival, set to take place from December 14th to 17th in Pattaya, Thailand.

Previously announced acts include the likes of Ritchie Hawtin, Roots Manuva, Khruangbin and Nicola Cruz, amongst others. Check out the first wave announcement here.

Tickets are still on sale here. Get them while you can.

Check out the sweet launch movie for the last edition of Wonderfruit: 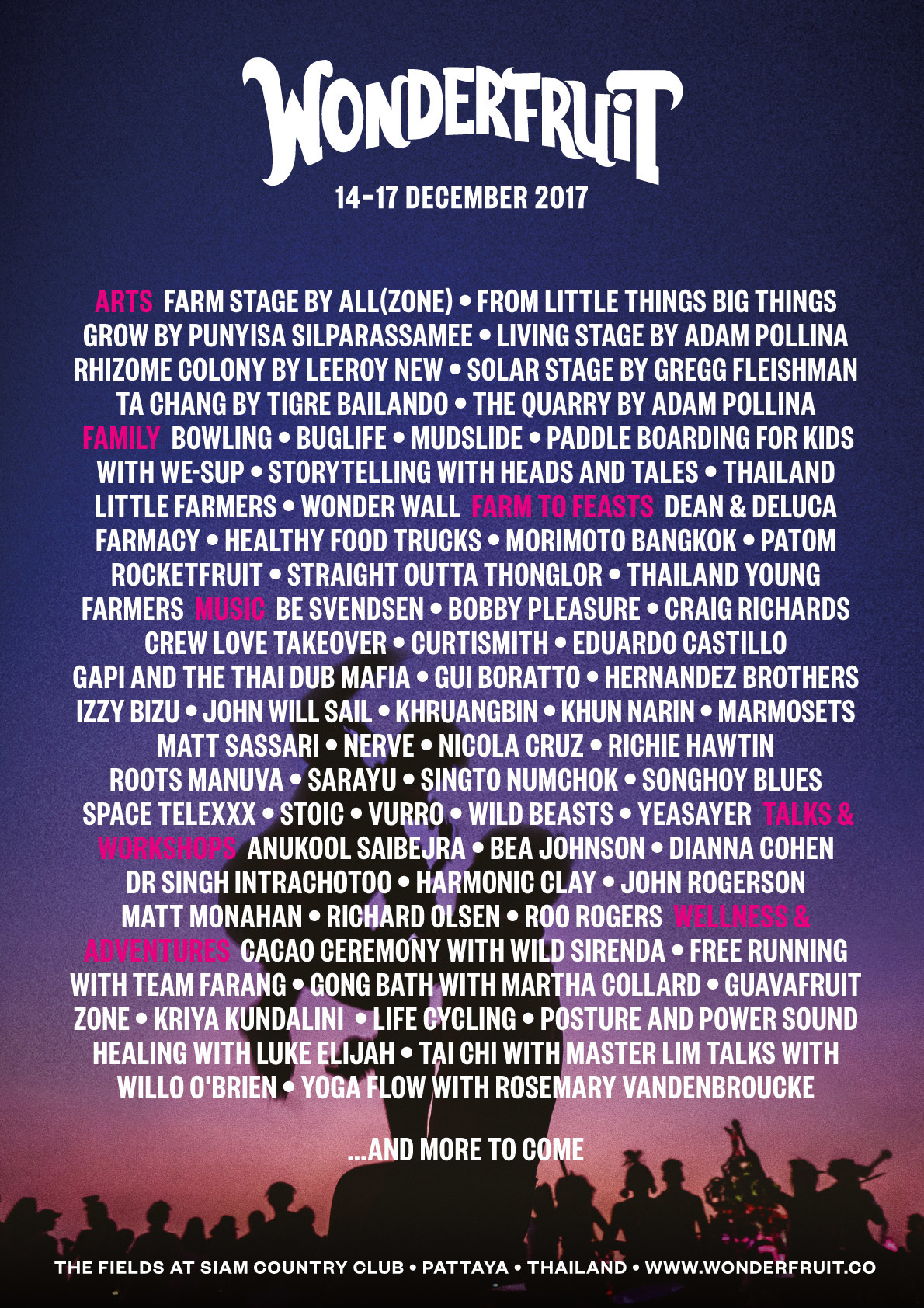