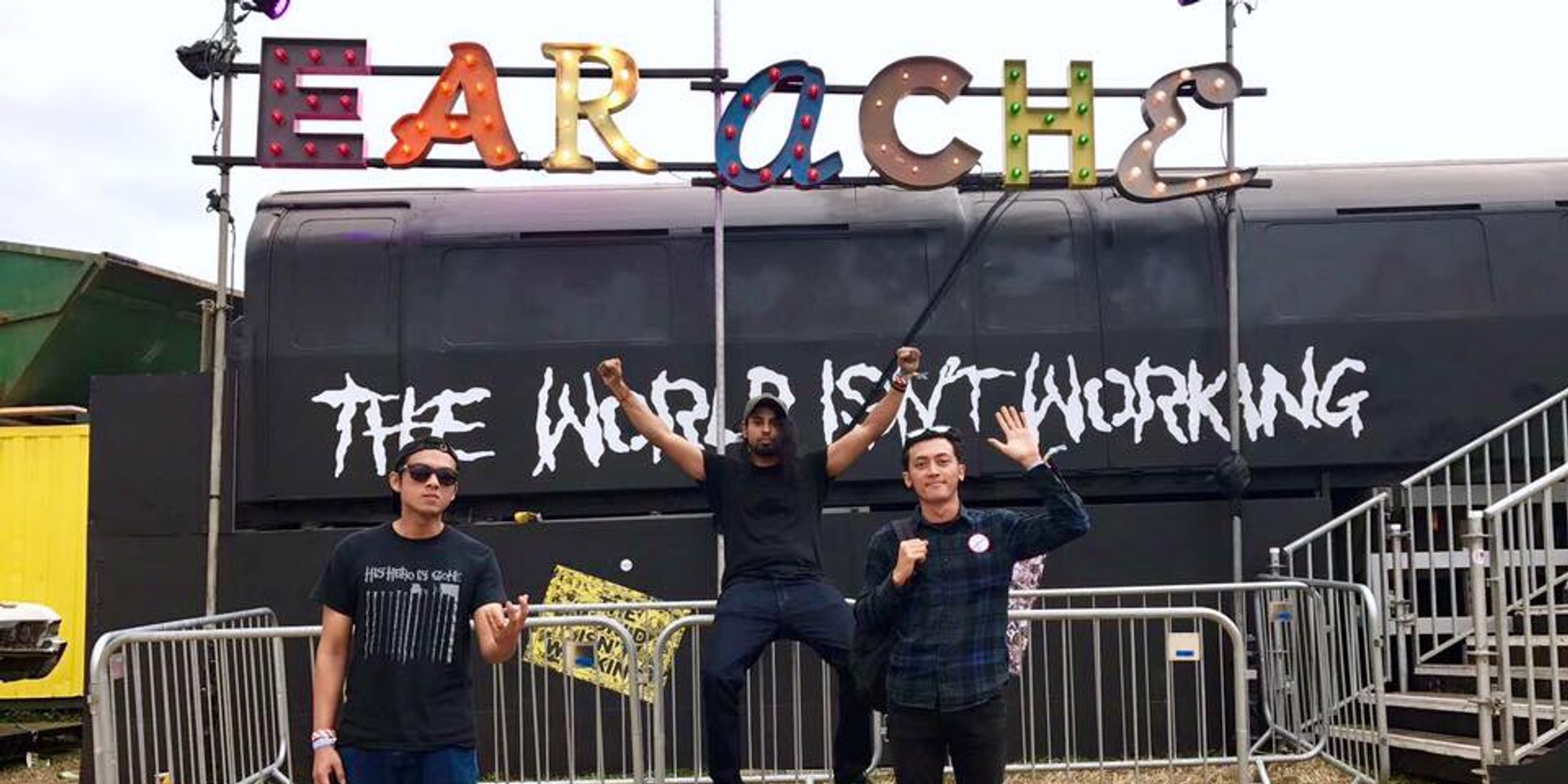 Something that people have not realized about Wormrot's addition to Glastonbury 2017 is that they made history in more ways than one.

Aside from being the first Singaporean band to perform at the storied UK festival, they're also one of the first extreme metal acts to perform there. Jumping onboard as part of label Earache Records' showcase at the five-day festival, Wormrot's brand of grindcore broke new ground at Worthy Park alongside genre innovators Napalm Death.

In this report by BBC Music, they delve into Earache's brief invasion of the festivities, interviewing Napalm Death frontman Barney Greenway, trying out black metal-inspired corpse paint, and getting their minds blown by a live set by Wormrot.

The band also played alongside Dead Kennedys, Steve Ignorant's Slice Of Life, Ho99o9, among others.

Because, really, this is exactly how anyone would feel when watching them live — let alone in an abandoned train carriage.

Watch Wormrot perform a set at The Music Parlour for Bandwagon Presents: