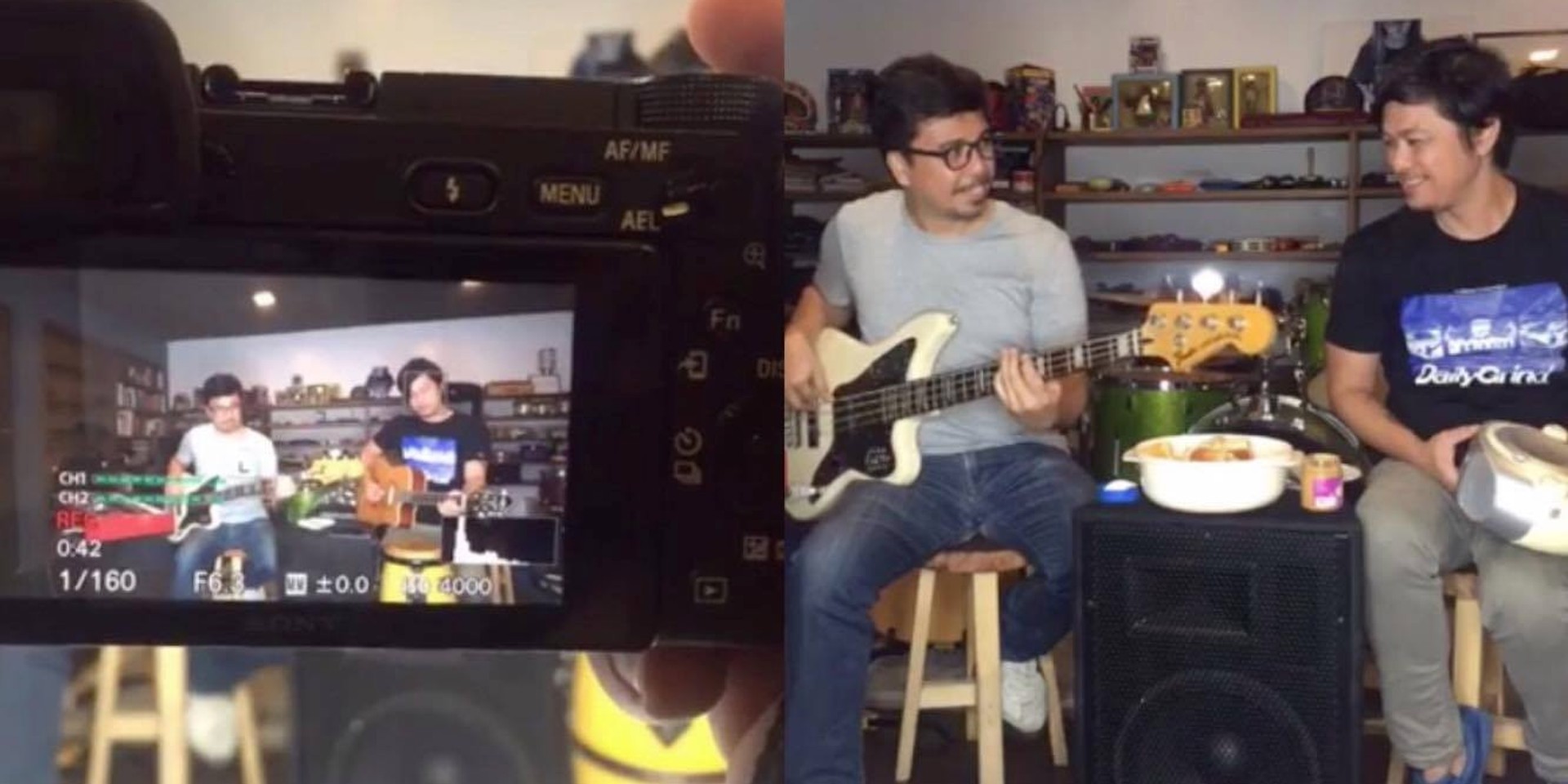 Retail start up Youpoundit (a.k.a. your online destination for all sorts of gadgets) premiered the first episode of their new talk show, PALAMAN. Hosted by Raimund Marasigan on Tuesdays at 10 AM and livestreamed via Facebook Live, the show invites guests to come over with their favorite Palaman for the Filipino breakfast staple, pandesal, along with their life stories.

Zabala shares stories of growing up in Zamboanga, learning to play music on his own, and going to Manila for university. The two also talk about the time they were dorm mates, their first band together, and playing cover songs at weddings. They demonstrate how Zabala used to practice songs on bass and learned how to train his ear, song structure, chord progression, and finding patterns with the help of Marasigan's radio.

Zabala and Marasigan, who now have teenage daughters, discuss fatherhood, listening to k-pop (EXO and Big Bang are standouts) and their stand on boys -- "Boys are necessary and it's corollary."

The bassist also talks about his work with The Dawn, Hilera, Moonstar 88, and recording with Apartel.

Zabala reveals his favorite Eraserheads album (hint: it's number one on our ranking of Eheads albums) and bass lines. A Beatles fan, he shares his love for bassist Paul McCartney and his dream to play bass for McCartney's band.

Catch Zabala and Marasigan this July 29 in Coke Studio PH, aired on TV5.