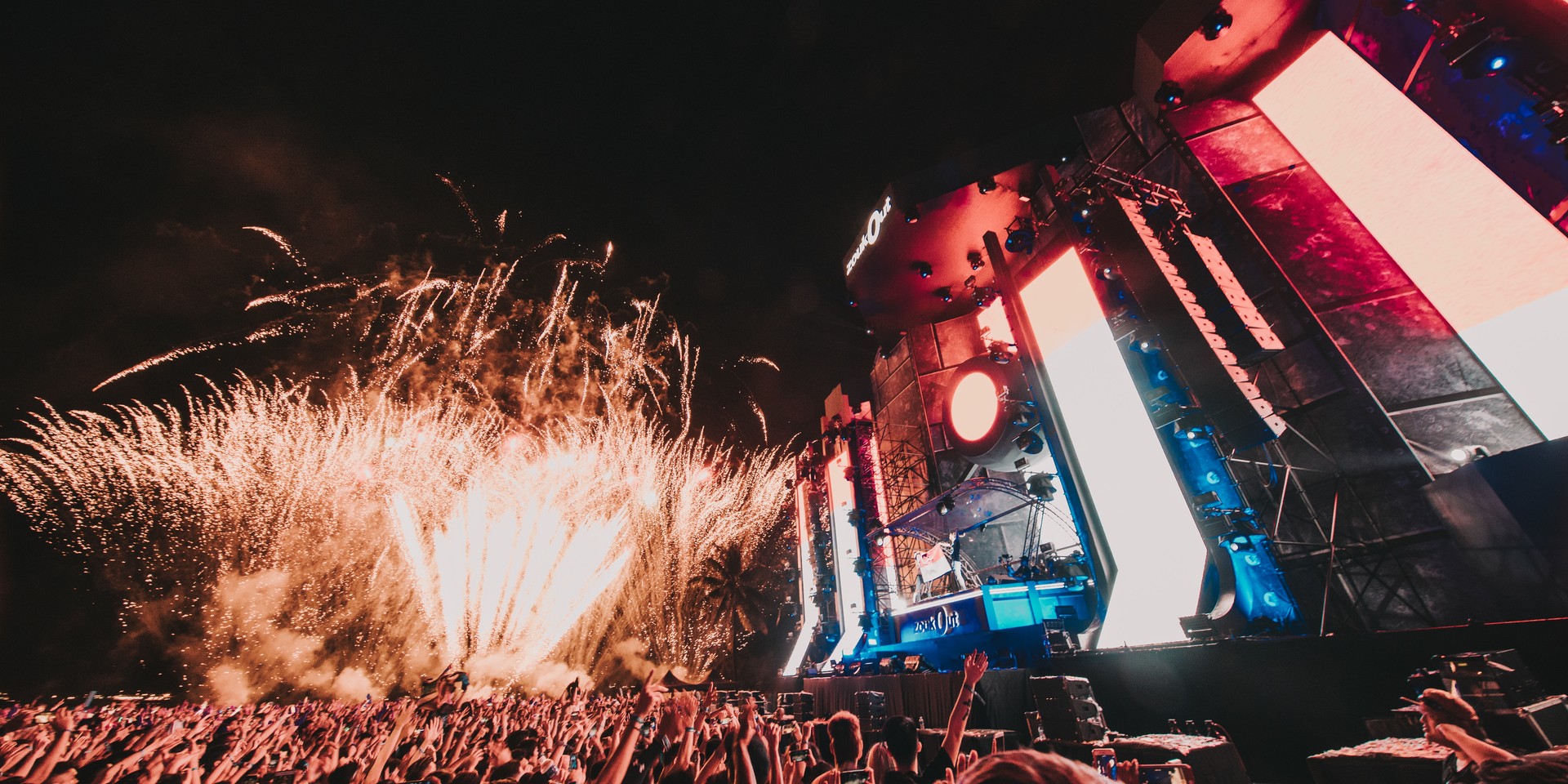 ZoukOut 2018 has come and gone, and with it, a deep sense of post-festival withdrawals.

While ZoukOut was a one-day festival this year, it proved that sometimes, less is more. To make up for the shortage of festival dates, the team behind the festival did their best to come through with a stellar line-up. The festival saw two of the worlds biggest EDM acts make their debuts in Dimitri Vegas & Like Mike and Galantis. On the flip-side, returning legends KSHMR, Timmy Trumpet and Jeffery Sutorius (former Dash Berlin frontman) proved why they deserved to be booked time and again.

We break down the happenings of ZoukOut 2018 below. 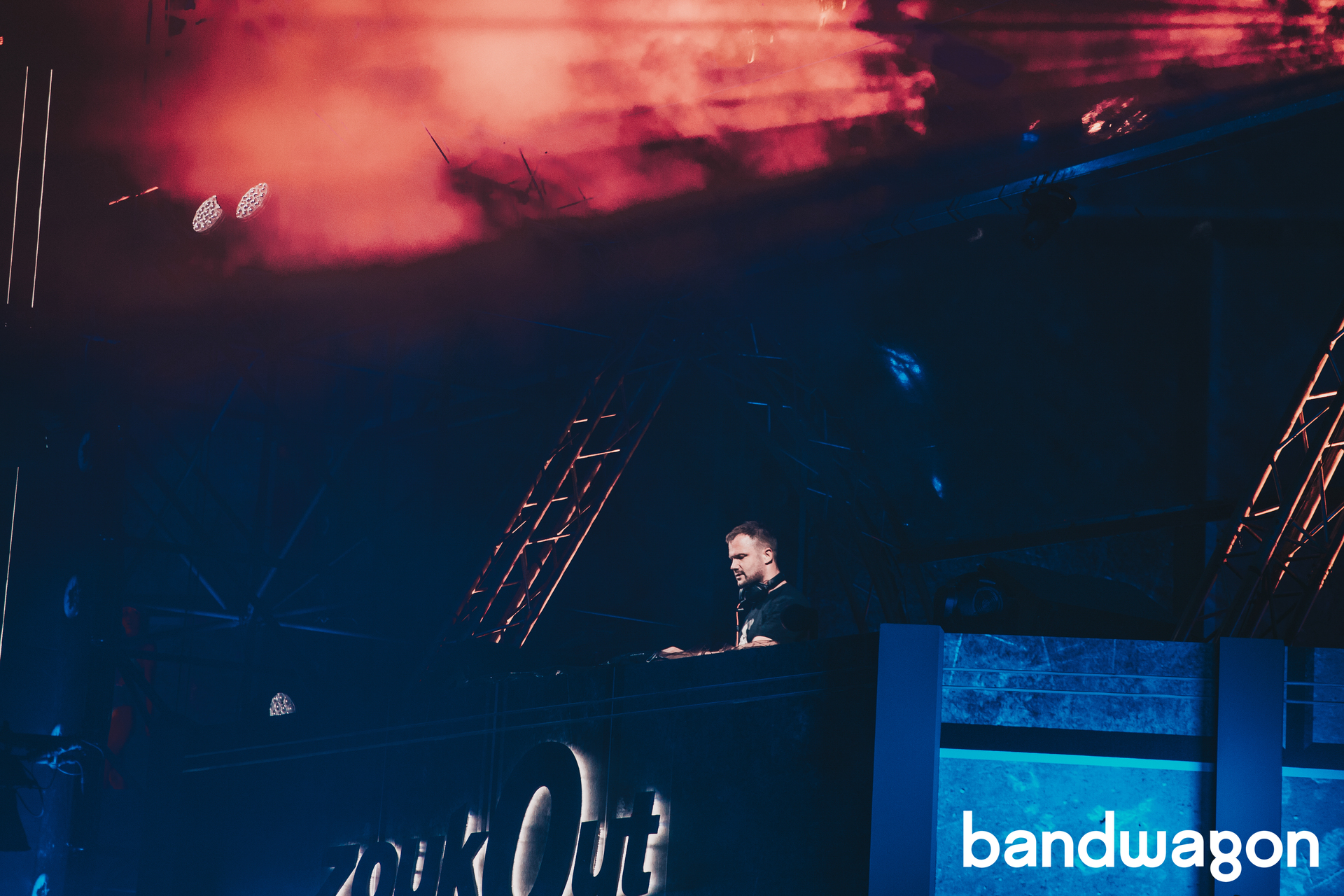 The first international DJ to kick off the night, Jeffrey Sutorius of Dash Berlin fame made the most of the early time slot given to him, using every second of his hour-long set to get the crowd ready for the massive acts to follow. With spine-tingling builds and earth-shaking drops, Sutorius set the tone for the rest of the night. 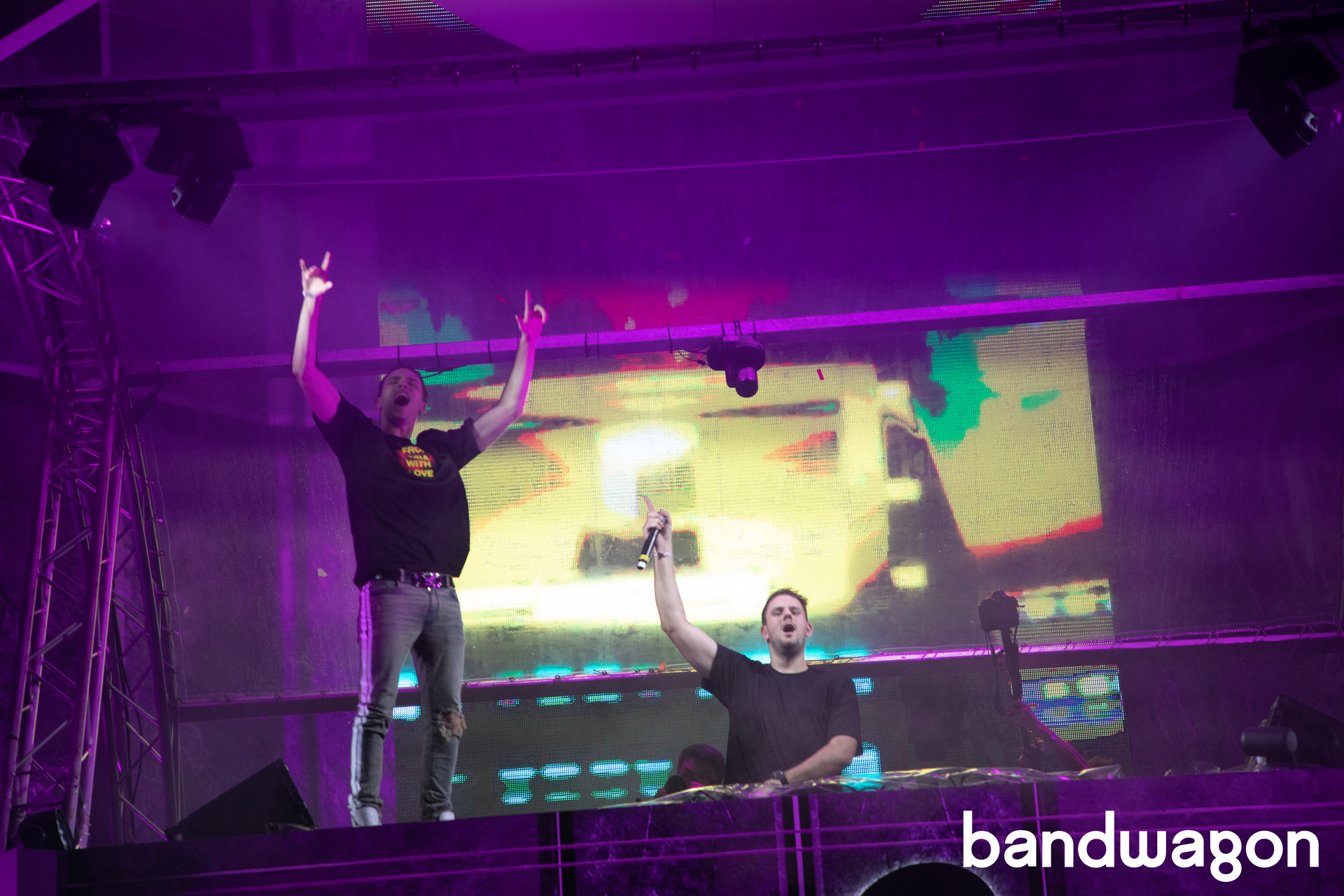 W&W proved their headliner status this year with its engaging and sinfully bass-thumping set. The Dutch DJ/producer duo built up the anticipation with flashing lights and ascending beats before they appeared on the decks, greeting the crowd excitedly and then proceeded to sling out crowd-pleasing hits. The track that really stood out was ‘Together’, which was a collaboration with Kizuna AI, complete with visuals on the LED screens. The J-pop influenced track was an interesting break from the hardstyle-heavy sets played throughout the night. 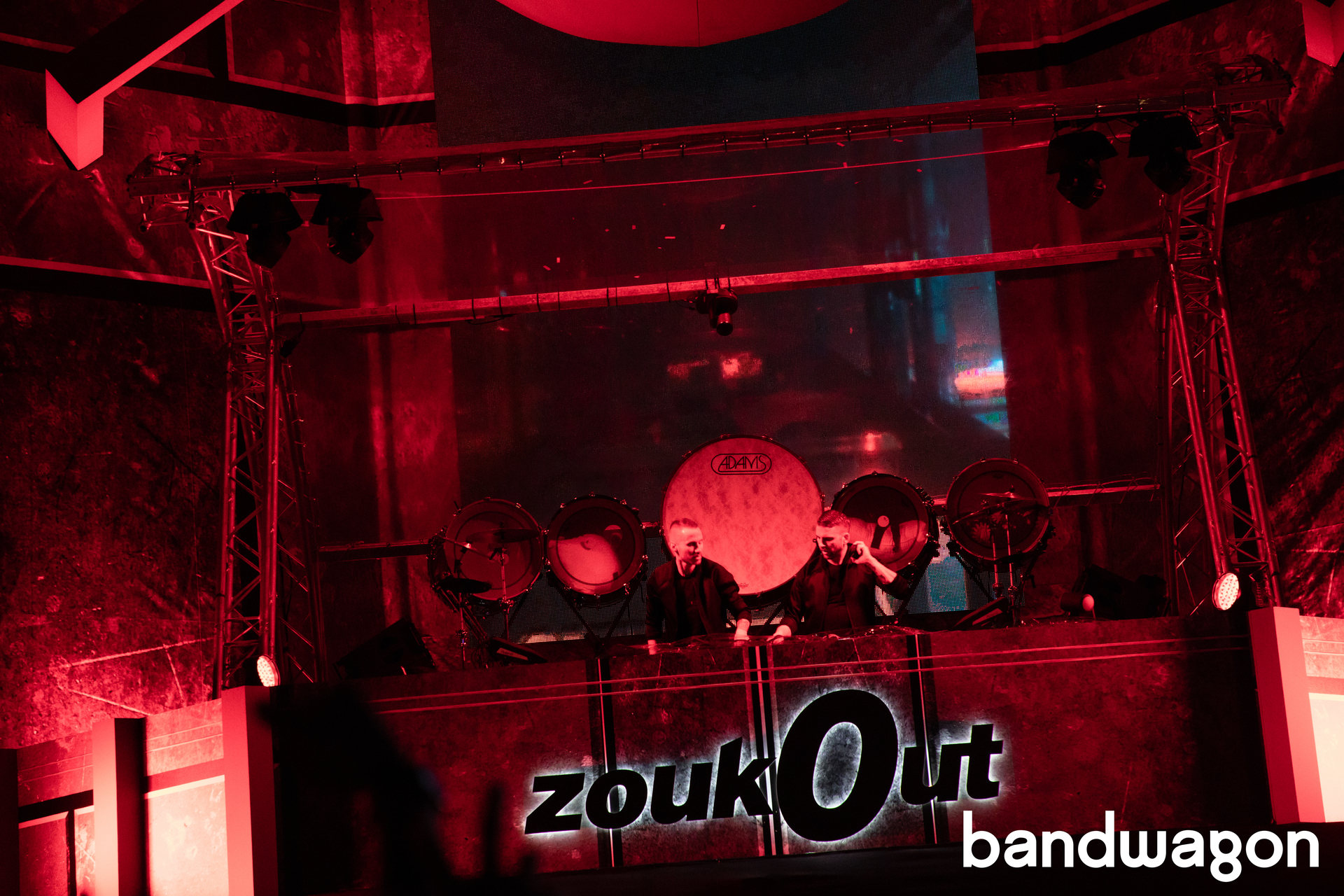 The highly anticipated Swedish duo pulled out all the stops for their debut show in Singapore: somehow, the powerful speakers that lined the stage on Sentosa’s Siloso Beach seemed to work with the duo to complement and amplify their signature, hard-hitting drops. The result was a larger-than-life EDM show that delivered blistering build ups and drops that had the crowd responding with increasing fervor as the ‘Run Away’ hitmakers’ set progressed. Refraining from excessive crowd interaction – a perennial disease of some EDM producers and sometimes a disappointing mainstay at electronic music festivals – they let their music do the talking. All in all, Galantis delivered and then some, setting the stage (and high expectations) for a triumphant return. 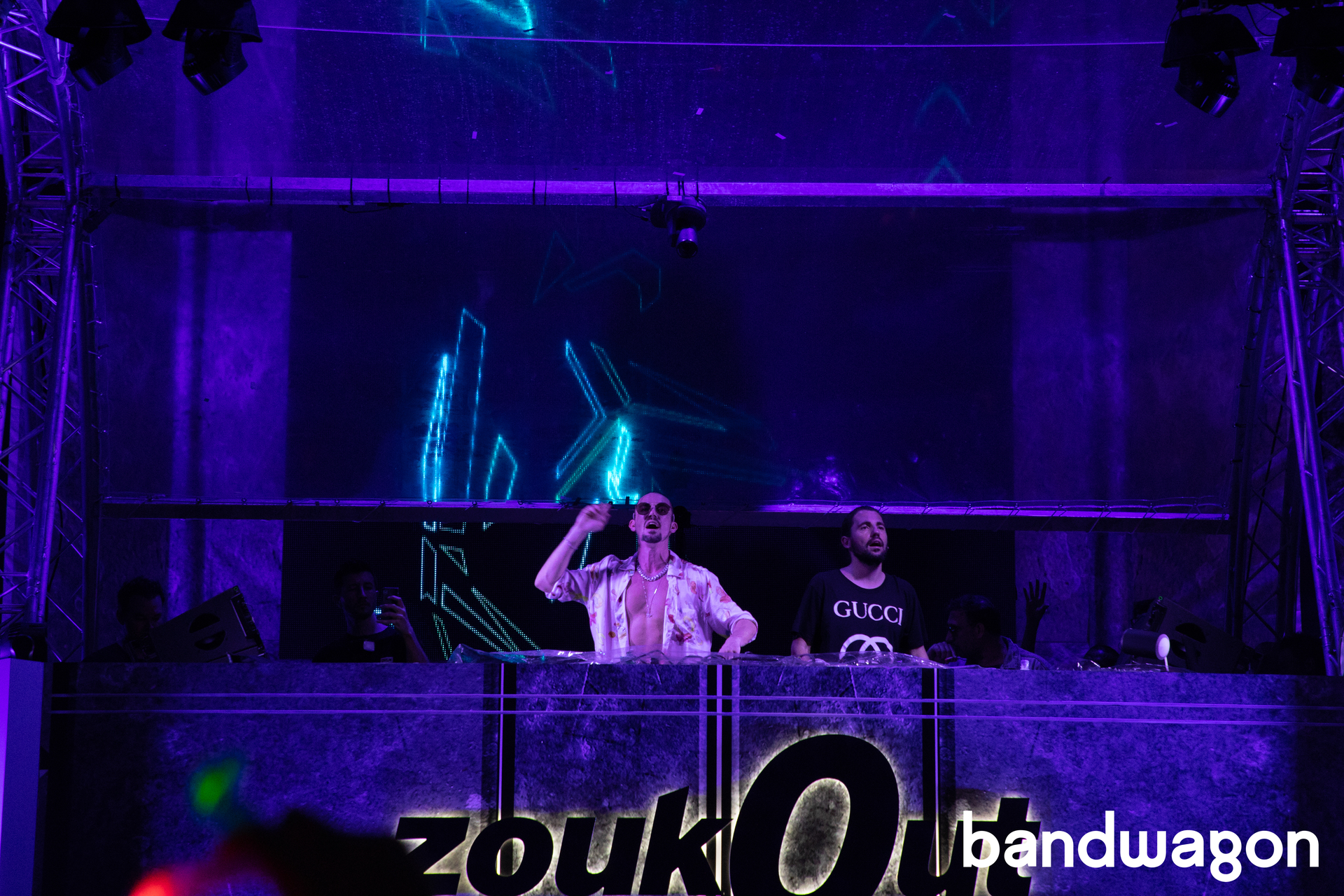 Ranked second on DJ Mag’s Top 100 DJ poll for three years running, the Belgian brothers’ set did not disappoint. Dimitri Vegas & Like Mike commanded the decks with their contemporary blend of big-room house, moombahton and trance. Later into the set, the duo brought out fellow performers W&W to play crowd-favourite ‘Crowd Control’, psyching the crowd to move to the left and right, just like the lyrics of the song. To top it all off, Dimitri encouraged partygoers to sing a birthday song for his brother, which resulted in a joyous mood-lifter for both the DJs and the audience. 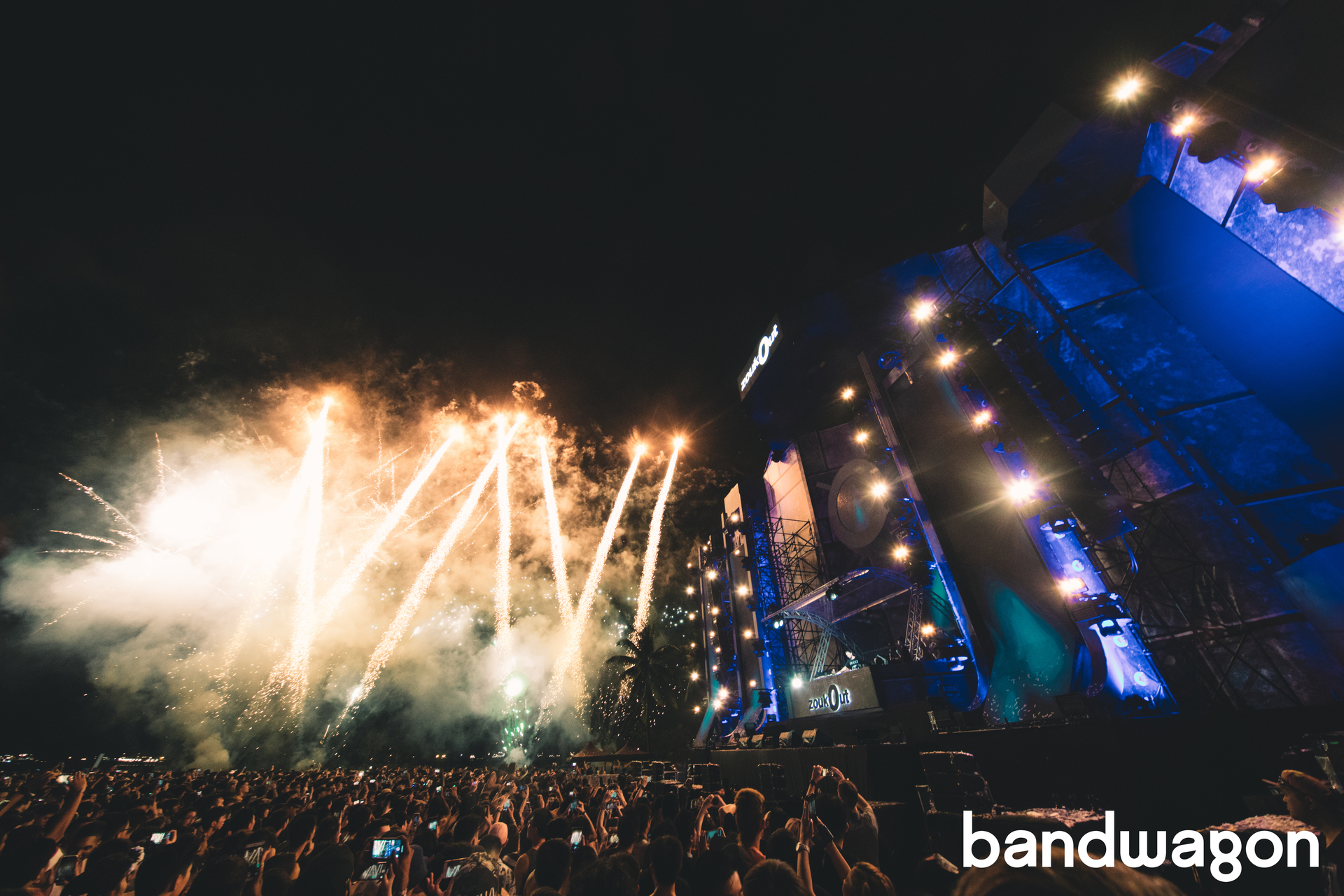 The Australian bass producer was a highlight of the Zoukout lineup given that he, like Galantis, was also playing his debut show in Singapore. He came out guns blazing with his 2015 hit 'Freaks', which, after three years still holds a fond place in people’s hearts (perhaps partially because it’s such a great meme). He also masterfully weaved his live trumpet and hardstyle segments into his set – a unique breath of fresh air amongst the electronic music of the evening. He also played – on his trumpet, of course – a heartwarming ‘Happy Birthday’ to Like Mike, given that it was the EDM heavyweight’s birthday that morning. A specific note must be made of the 'Party Till We Die' hitmaker’s lighting design: masterfully composed and creatively designed, Trumpet’s lighting design and visuals were probably the best of the entire night. They matched and coordinated with beat drops to the second and provided just about the best damn immersive experience of any act that night. The end of this set probably saw the audience feel a tinge of sadness that it was over, but a sliver of satisfaction that the good money paid was worth it. 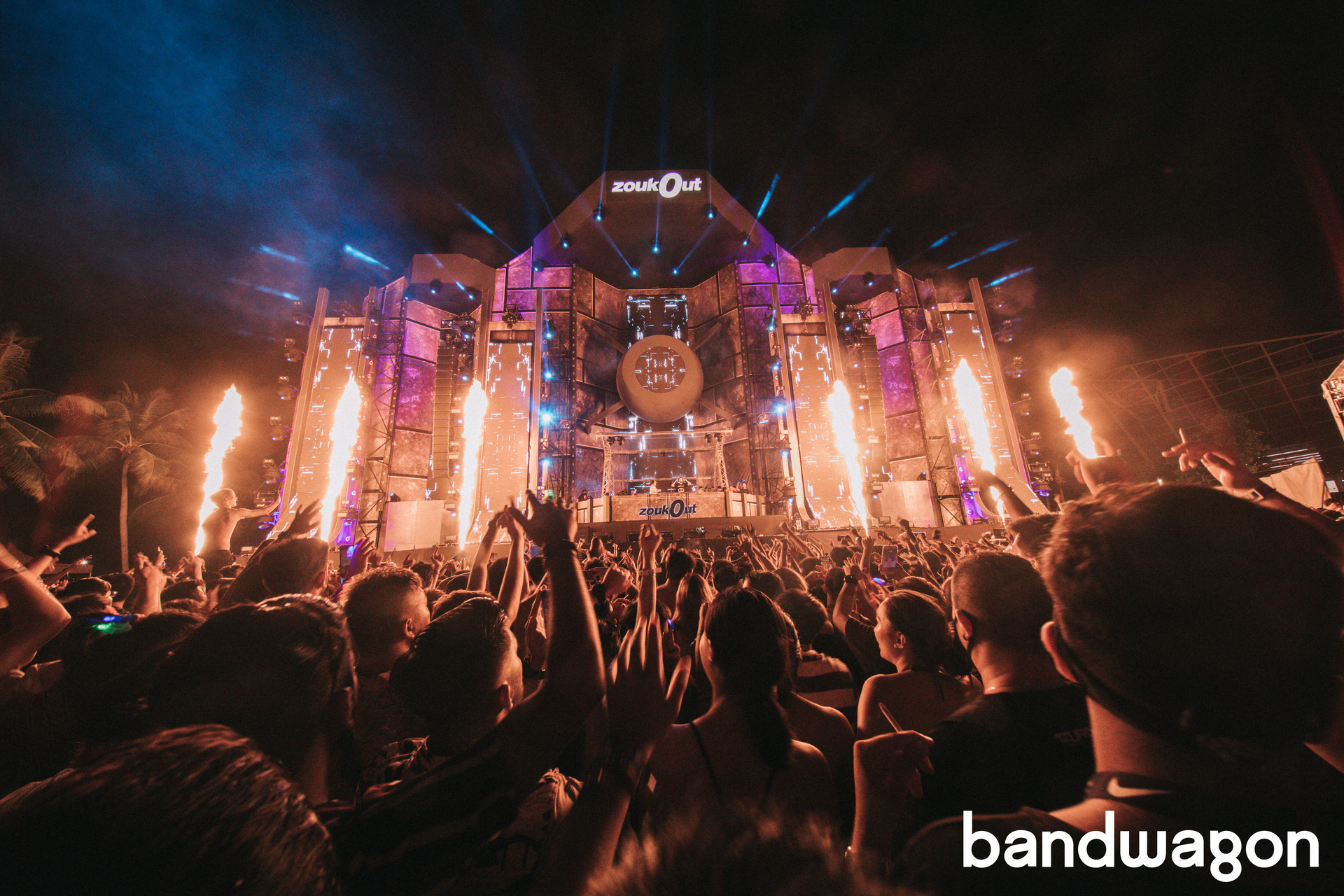 Zoukout’s festival ground had two distinct parts: the dance floor or mosh pit, where most party goers were turning up and getting down to the act of the hour, and a quasi-rest area near the entrance of the grounds, behind the dance floor. In this ‘rest area’, many sat down or lay down, catching a 3am or 4am snooze ahead of acts they wanted to catch. Before KSHMR, many peppered this ‘rest area’ of sorts. When KSHMR took the stage to begin his set, much of this rest area uprooted itself to the front, suggesting that many had come and waited to see KSHMR tear it up. The American EDM heavyweight is no stranger to Singapore, having played the 2017 Ultra Music Festival to much fanfare. From going back to his Indian roots in his music (yes, KSHMR’s real name is Niles Howell-Dhar: he’s part Indian) to having heart stopping visuals very much like his 2017 show in Singapore, Howell-Dhar powered the crowd through the last vestiges of darkness of the night and provided the perfect foundation for the sunrise set that was to follow.

Check out more shots of the night below. 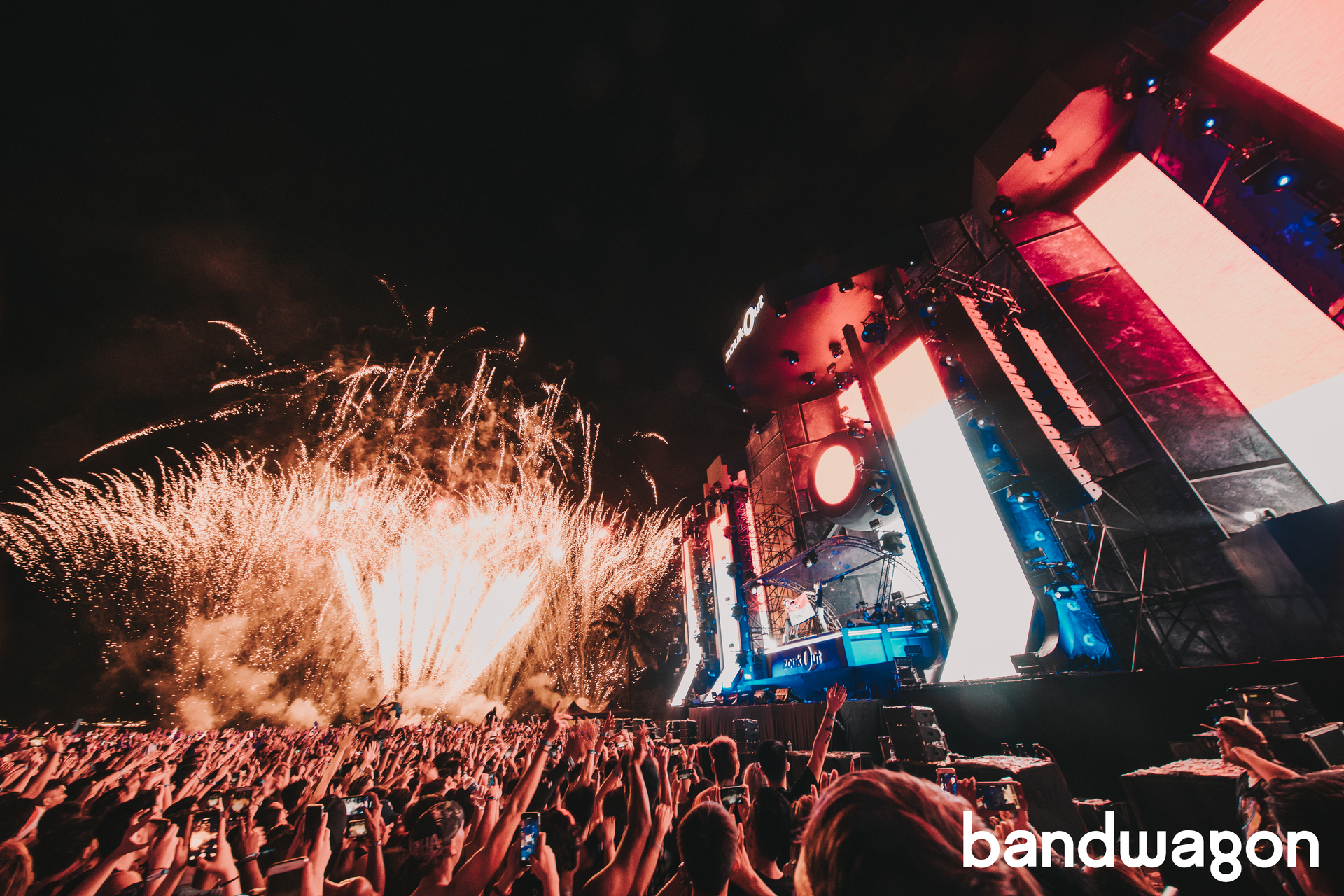 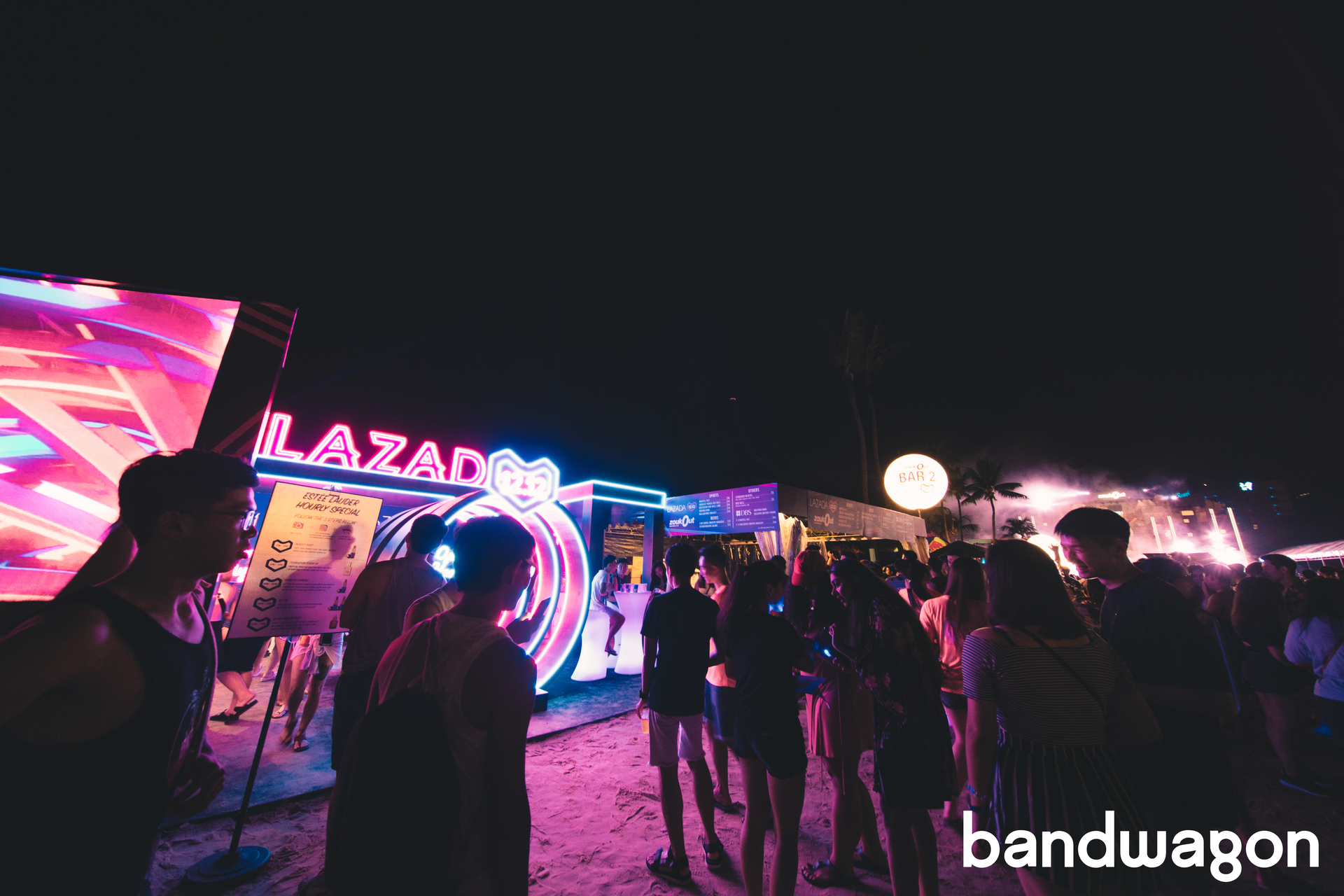 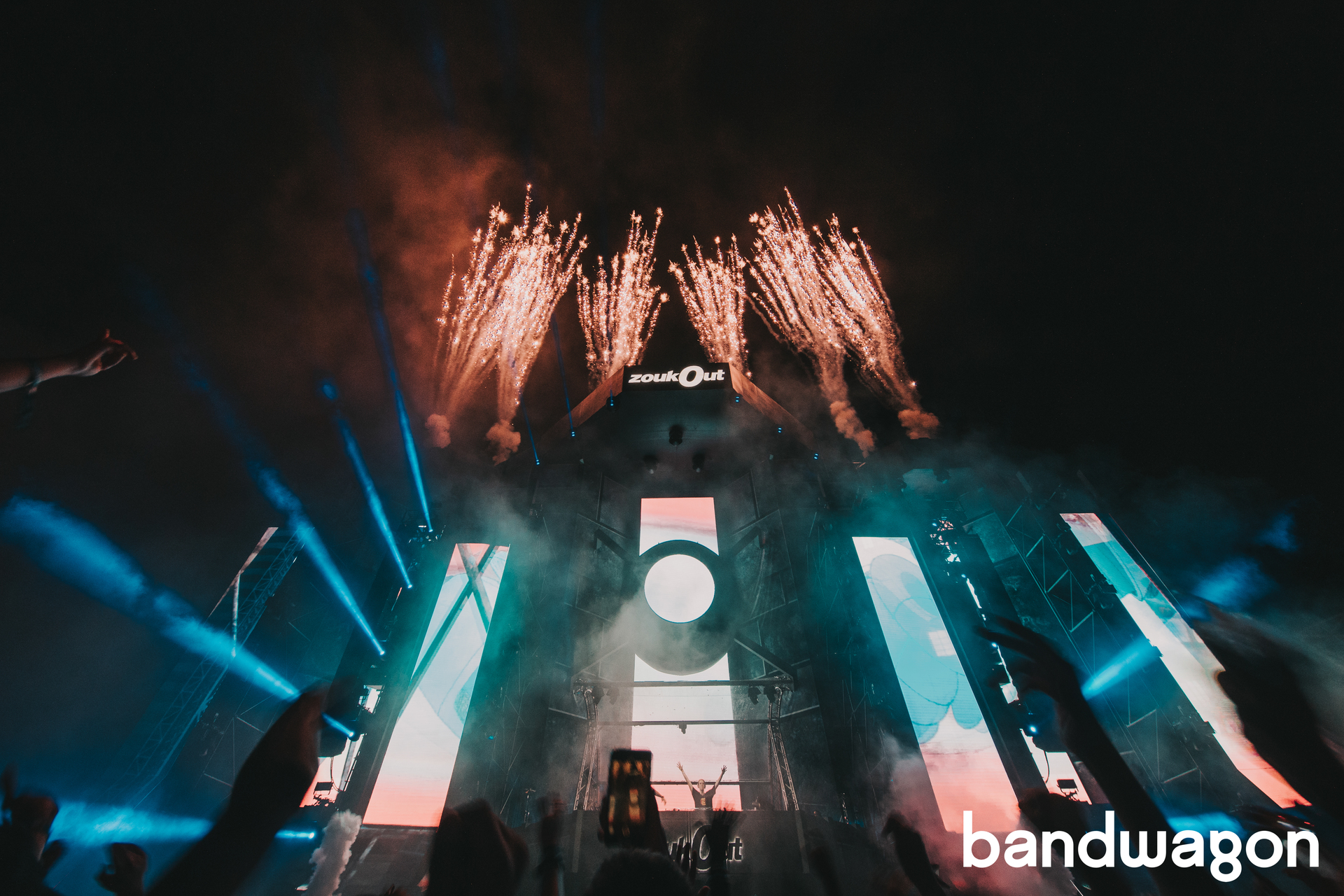 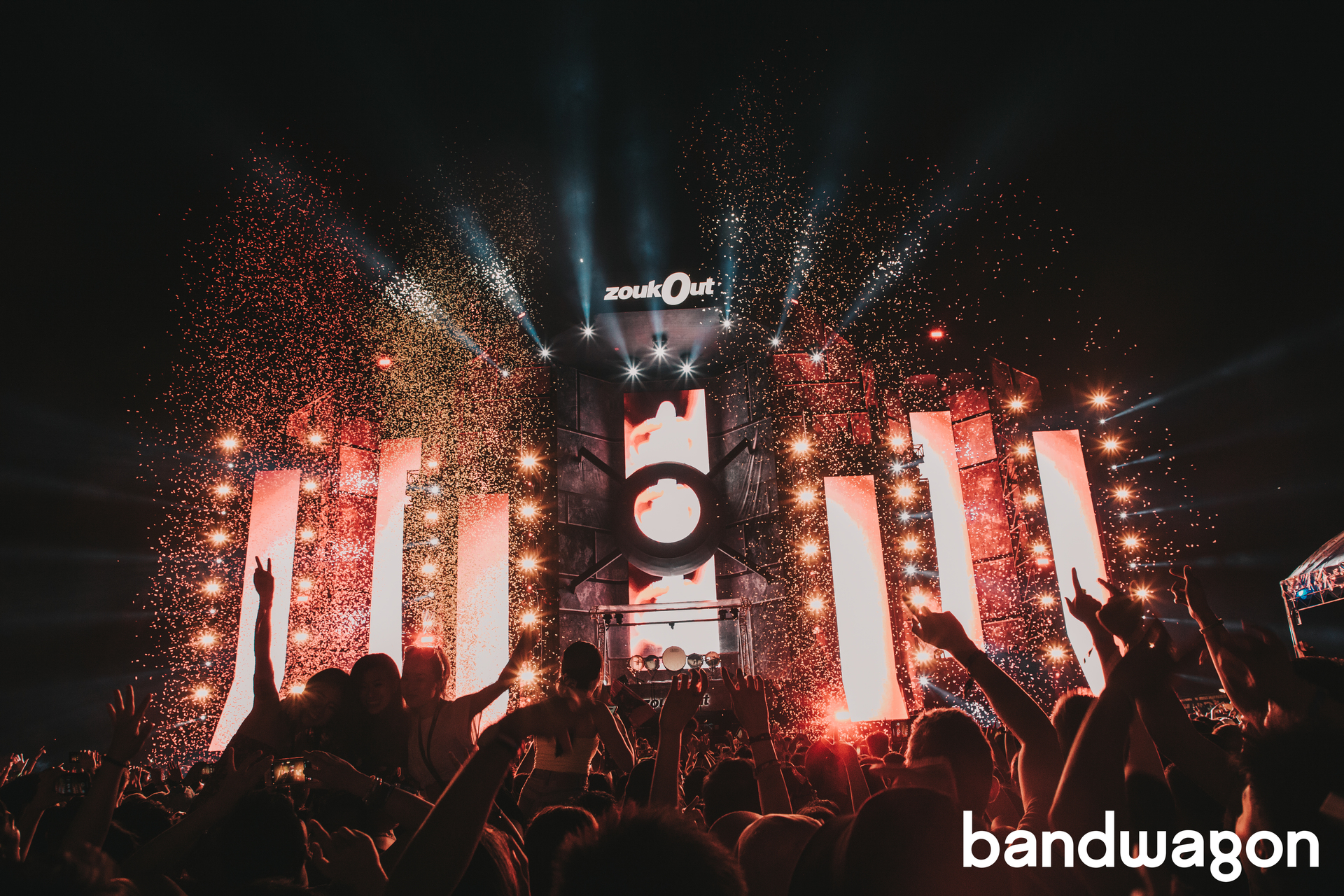 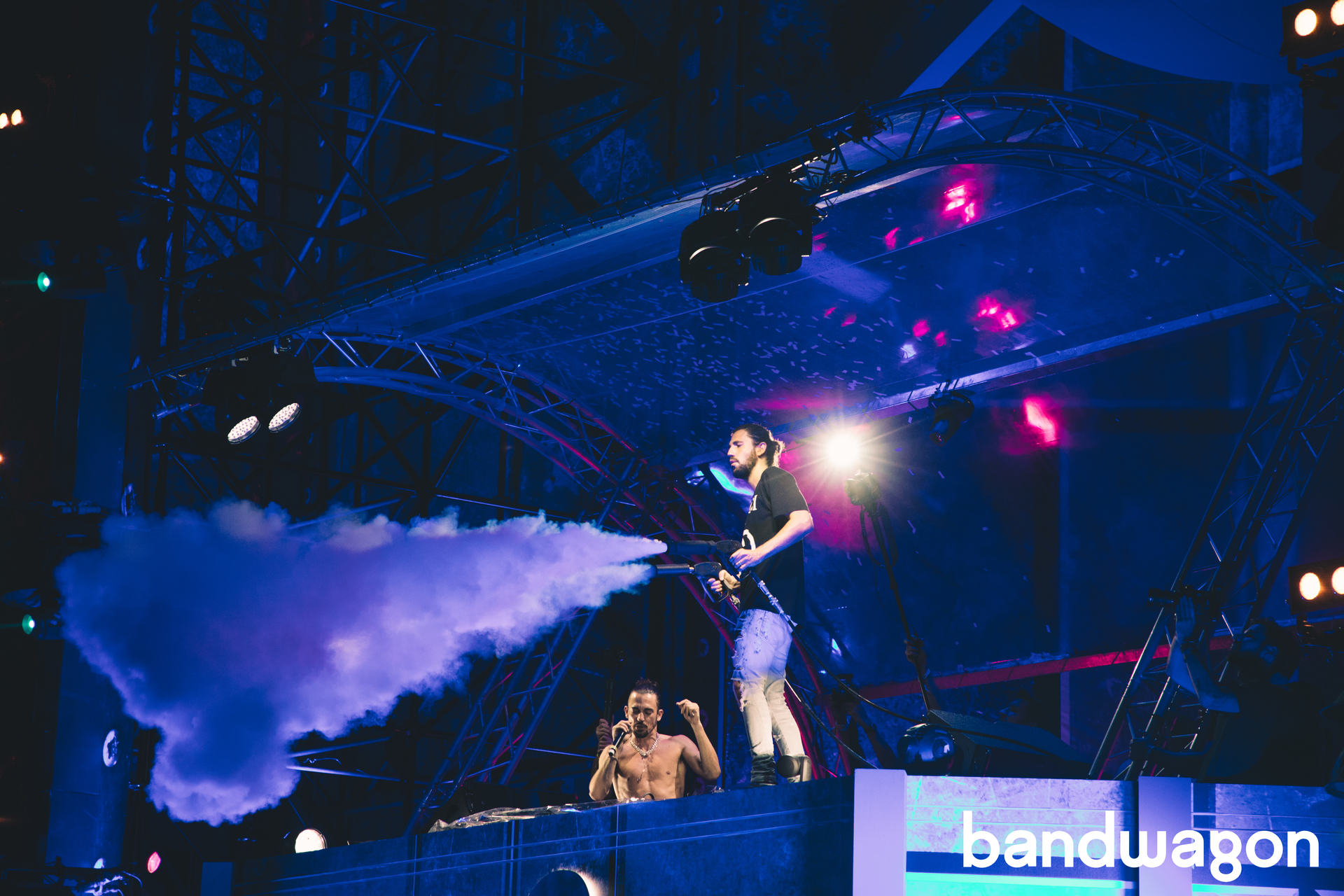