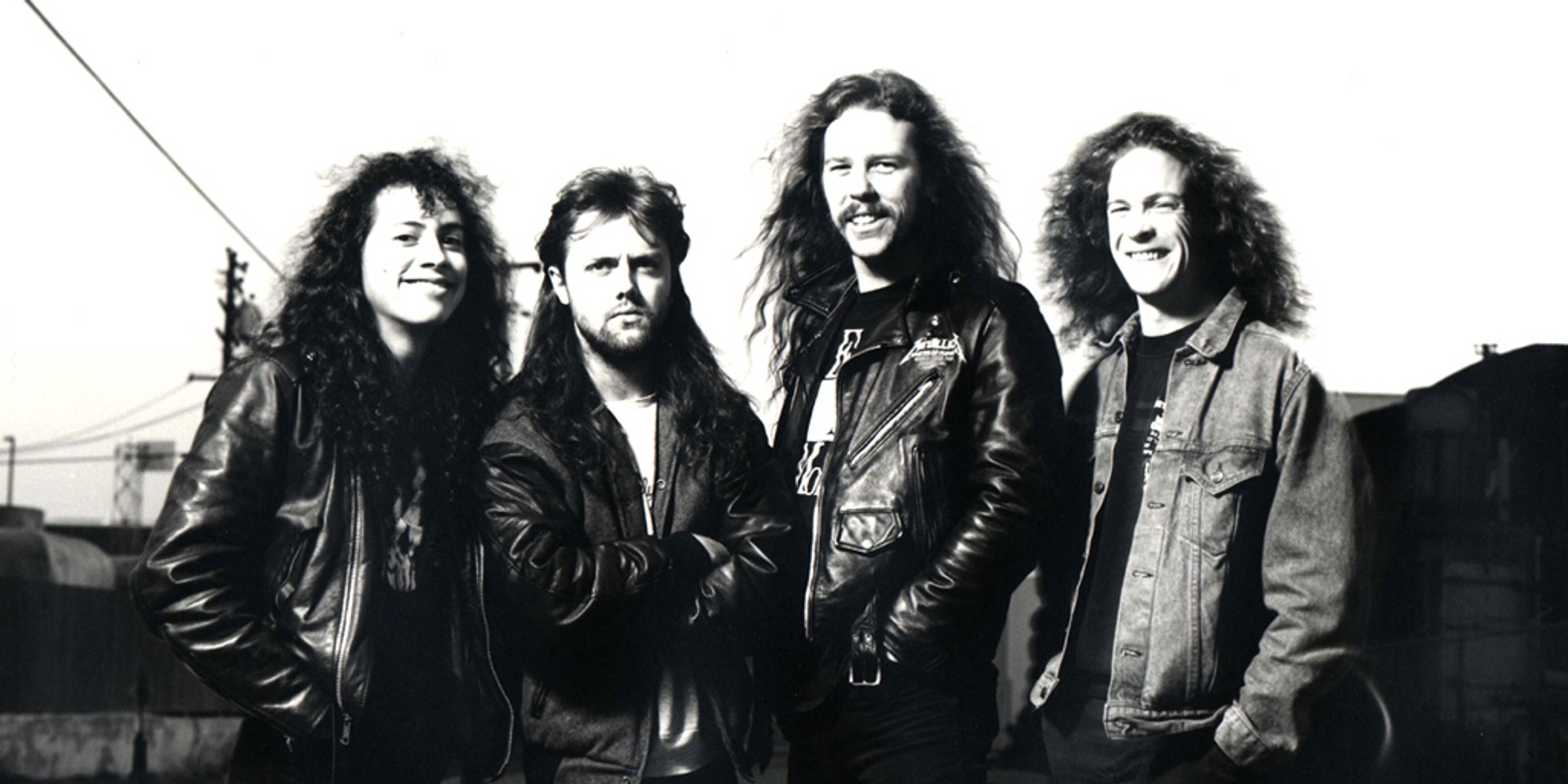 In 2017, Metallica will unleash upon the world the WorldWired tour. Judging from the singles leading up to their tenth studio album, Hardwired... To Self Destruct, the tour is set to be an exemplary showcase of blistering new tunes alongside the old classics.

Even though their stop in Singapore next January quickly follows a much-heralded return in 2013, their upcoming show at the Singapore Indoor Stadium will comprise of a significantly different setlist.

So while many fans are gearing up to chant along to 'Enter Sandman' or mosh to 'Battery', we'd like to make the case for these 10 classic Metallica tracks that have barely made setlists in the last few years. There's only so many times you'd want to hear 'Nothing Else Matters' live.

Despite praises towards Metallica's discography going towards the Holy Trinity of Ride The Lightning to ...And Justice For All, their 1983 debut Kill 'Em All is an utterly essential document that displays the band's massive influence at such a young age.

Every song on the album possesses the hallmarks that would make up the genre of thrash metal, and while it is not as refined as Master Of Puppets and accessible as Metallica (aka The Black Album), it is still a wild and exhilarating listen, and 'Motorbreath' encapsulates the album's spirit easily. A "live fast, hustle hard" anthem for the ages, it's still perfect for a band that's still going strong 35 years into their career.

Despite being released just a year after the irreverent Kill 'Em All, Ride The Lightning displays a notably different tone, with lyrics depicting significantly darker imagery and increasingly complex songwriting.

While 'Trapped Under Ice' is a tale of someone cryogenically frozen who wakes up from his sleep, only realizing he cannot escape from his chamber, it is a shining spot on a near-perfect album with its belligerent riffs that veer towards punk (perhaps that's why there's a hardcore punk band with the same name) and call-and-response section that would totally work in a concert setting. Well, at least the diehards would know what to do.

Constantly hailed as the band's masterpiece, you can honestly pick any song from Master Of Puppets for a setlist and it would work instantly. But one of the album's most politically-conscious songs, 'Disposable Heroes', is usually left off most setlists, only added about once or twice per tour.

Can't see why, as it has many opportunities for audience chants and absolutely rippin' solos, along with subject matter that remains startlingly relevant.

Like we said, just pick any song off MoP and you'd have yourself a winning metal track. 'Leper Messiah' remains largely overlooked even compared to 'Disposable Heroes', and while the latter concerns itself with war, the former concerns itself with religious corruption — something that we are all too familiar with.

But musically, this track burns — its riffs are comparably more groove-oriented, setting the stage for the songwriting on The Black Album, and Hetfield's lyrics are harsh. Say what you will about them now, but back in the day, the band were truly unafraid to mince words.

This track off the band's fourth album, arguably their most progressive and politically-minded to date, is infamous for being one of the rare tracks the band refused to play live since 1988. At least, until they made the choice for fans to choose their setlists on their Metallica by Request tour, and this song topped the poll in Helsinki.

We're not sure why — being a confrontational song concerning mental illness, it's a harrowing tune only bested by the "oh wee oh wee ohh" chants that launch the track. It was just begging for a live treatment since the album came out.

If ...And Justice For All is their most politically-conscious album ever, then 'Eye Of The Beholder' is essentially "stay woke" in classic Metallica prog-metal songform.

And even if the song's lyrics resonate with some and amuse others, it is still a behemoth of a track; built upon a simple, headbang-worthy guitar riff which generously leads into impressive tempo shifts and lengthy guitar sections.

The first of many contentious Metallica records, the self-titled Black Album was the band's first foray into commercial success and mainstream popularity. They didn't get that way without significantly tweaking their sound, much to the chagrin of many metalheads.

Even as 'Nothing Else Matters' and 'Enter Sandman' signalled a radical change in the band's songwriting, 'Don't Tread On Me' was the band's middle finger to anyone turning against them, as they moved forward from being underground innovators to be mainstream metal's golden boys.

In this current stage in their career, where they've made St. Anger and collaborated with Lou Reed on an avant-garde metal record David Bowie loved, 'Don't Tread On Me' serves as the reminder that the band reserve the right to do whatever they want, even if that once meant appealing to the popular jocks.

If Metallica was the first big "betrayal" of their thrash metal roots, Load solidified the band's placement in mainstream hard rock. While neither Load and Re-Load are objectively amazing albums, they still contain flashes of excellence.

'Hero Of The Day', for all its 90s studio polish and country influences, is an emotional slow-burning jam that 2017 Metallica can pull off easily with a metal crowd. Heck, they've given Re-Load track 'The Memory Remains' a sheer flippant edge with their latest tours. They can do the same with this one too.

At this point, you're probably regretting reading so far into this list, but at the risk of hate mail, I'll say this: 'Some Kind Of Monster' is not a bad track.

Yes, St. Anger is an exhausting, draggy and horribly produced record, but give 'Some Kind Of Monster' the Death Magnetic treatment and metal fans wouldn't foam at the mouth like they do every time they hear Lars Ulrich's tin can drums — the same drums that personify St. Anger's bafflingly amateurish presentation. Sitting nicely within Metallica's oeuvre of self-hating, seething anthems, this song has the potential to be a real ripper live even in 2017.

Despite being their latest album before Hardwired, and generally considered as a relative return to form, the band have only cherry-picked a couple of songs off Death Magnetic for their recent tours.

Arguably the album's centerpiece, 'The Judas Kiss' is a lengthy hard rock stunner, possessing a commanding lead guitar riff and one of Hetfield's best vocal performances in years. While Hardwired is being hyped as the band's best album in decades, 'The Judas Kiss' stands tall as the perfect balance between their thrash roots and fist-pumping songwriting.