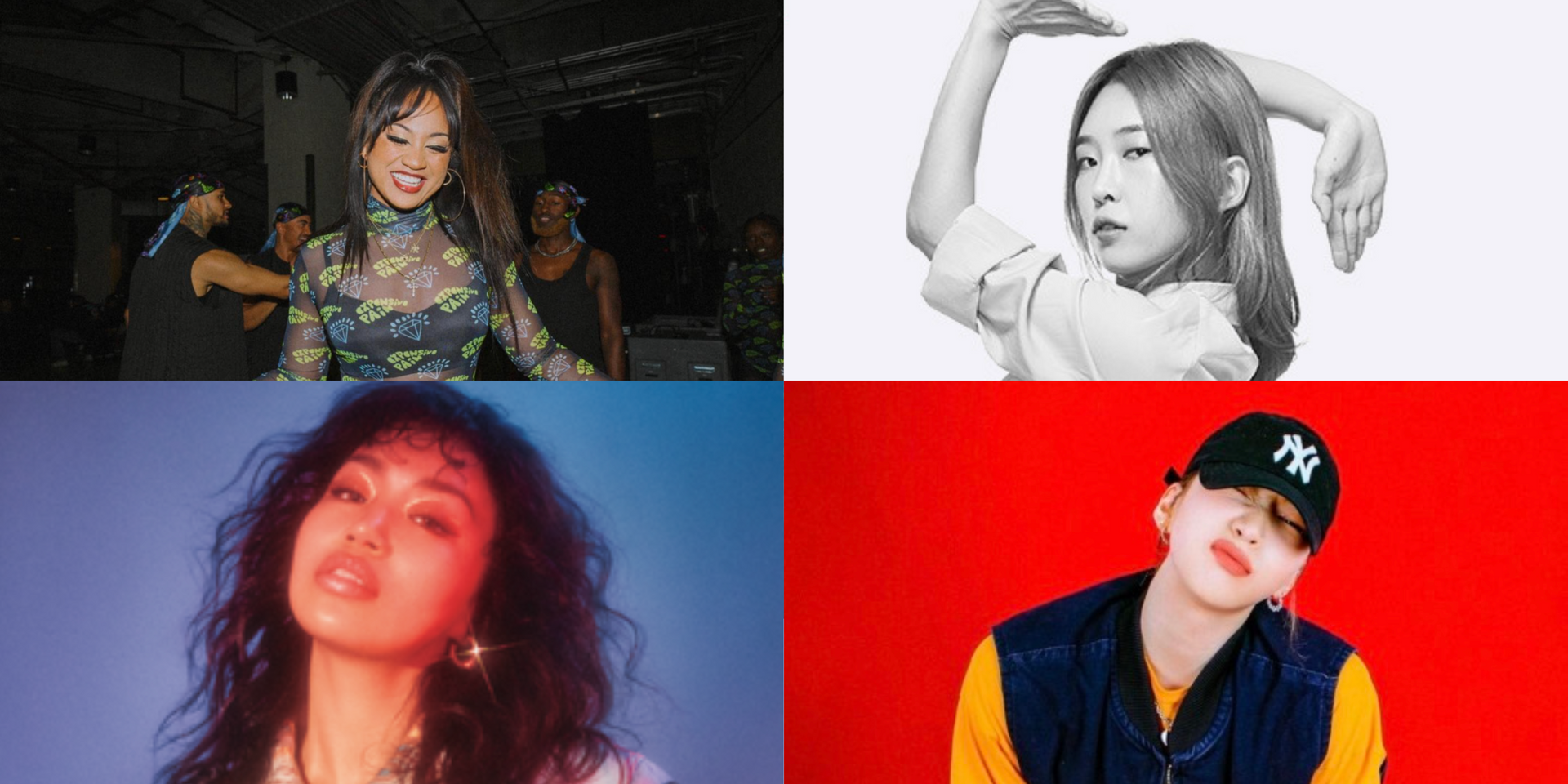 K-pop is lauded for its complex dance routines and performances, leaving audiences speechless.  Oftentimes, the minds behind these goliath creations are brushed over by the industry. Although they are known names in the dance scene, their genius goes forgotten in the blinding lights and extravagant effects on stage.

What makes the iconic stage are not only the idols themselves and their performance factor, but the choreographers who spent hours coming up with a routine for the song that is fresh and unique in a world where everything has already been done and shown.

As the K-pop wave grows bigger, many have started to look behind the stage to see the talent behind their favourite creations, who without them, wouldn't exist.

From hip-hop to modern dance, here's a list of 7 choreographers in K-pop to check out, featuring Rie Hata, Bada Lee, Sienna Lalau, Spella, and more.

Swag, strong, and groovy, South Korean choreographer Bada Lee is a well-known name among dancers in the scene and K-pop idols alike. Hailing from JustJerk Academy, she specializes in swag style and new hip-hop, and regularly holds dance classes with idols, such as GOT7's Yugeom, NCT Taeyong and Ten, with many posted videos often going viral.

The talent behind TXT's 'Blue Hour' is none other than Singaporean dancer and choreographer, Ronnie Chen. He was noticed through an old video on Youtube by one of HYBE's team and got the job to choreograph for TXT. What was born after hours and days of hard work was the ingenious slick number of 'Blue Hour'.

A known name in the local dance scene, Ronnie Chen founded dance crew SGD and participated in various competitions, even placing third at the Open Divison of World Supremacy Battlegrounds Singapore. They currently have a series on Youtube, Connect, which centers around the increasingly fragmented and isolated society currently afflicted by the COVID-19 pandemic.

While most of us were still figuring out what to do with our lives at 19, Sienna was already making waves in the music industry with her choreography. The brains behind BTS' 'Dionysus' — arguably one of the group's most intense choreography to date —, Sienna is a force to be reckoned with, and she doesn't seem to be stopping anytime soon.

The Samoan-American dancer who grew up in Hawaii, gained recognition through her work for The Lab's junior dance team in the dance competition, World of Dance, leading them to win the Championship title. She also choreographed stages for Jennifer Lopez, Meek Mill, Ozuna, BLACKPINK LISA, DJ Snake, Ozuna, and Megan Thee Stallion's 'SG', and BTS' 'ON', each its own impressive item with numerous dancers and visuals. Most recently, she was also part of the team behind BTS' viral GRAMMYs performance. Young and full of vigour, she has a promising career ahead of her not only as a dancer, but as a choreographer as well.

When Red Velvet SEULGI and IRENE's 'Naughty' dropped, the tutting choreography went viral, and we have Heesu Choi to thank for bringing tutting to a wider audience. Involving extremely precise angles, isolations, and muscle control, tutting is an extremely complex style, and Spella has her own unique variations in her choreography that bring it to another level. She incorporates waacking and voguing into her routine, making her creations stand out.

Japanese dancer, artistic director, and actor has worked with many idols such as SHINee, Girls' Generation, TVXQ, f(x), Red Velvet, NCT, AKB48, and SMAP. Rino Nakasone has expanded beyond choreographing in recent times. Just last year, she was the art director for NCT127's concert, NEO CITY THE LINK, and we have her to thank for the beautiful stages!

Inspired by the likes of Michael Jackson and Janet Jackson, she moved to Los Angeles to study dance at the age of 19, earning the chance to perform alongside Janet Jackson, Britney Spears, and Justin Bieber as a backup dancer. She went on to join the all-female breaking dance crew, Beat Freaks, and finished second place in the third season of America's Best Dance Crew. Now, not only is she a judge for various dance survival shows herself, but she is also one of the names aspiring dancers look up to.

"Queen of Swag", Rie Hata, is a name you cannot miss out in the hip-hop circles. Rie Hata is constantly tapped by artists such as BTS, BoA, Red Velvet and more. Her explosive style and versatility are what make her extensive and varied roster of artists — from Red Velvet's 'Bad boy' to NCT's 'BOSS', her creativity knows no bounds.

Reina Kaneko never would have imagined she would be choreographing for big names in the industry, yet she found herself working with Rihanna, GOT the Beat, and NCT127 while teaching her own classes at 20 years old.

Trained under Rie Hata as one of the original Queen of Swag members, and now one of the members of Rie Hata Tokyo, she has since developed her own style of swag groove, creating choreographies that she wishes would "outshine others", as well as holding workshops all around the world.

Known for being good friends with SHINee's Taemin, Kohasu Sugawara worked with him on multiple projects such as 'MOVE', 'WANT', 'CRIMINAL' and more. Refined over the years, her style is a mixture of the graceful lines of modern dance and sharp elements of street style that the eye can't look away from.

Apart from Taemin, the Japanese choreographer also worked with 2NE1, Girls' Generation, Daichi Mura, Years & Years, and SHINee. She has also been featured on Shiseido and Nike brand campaigns as a talent.