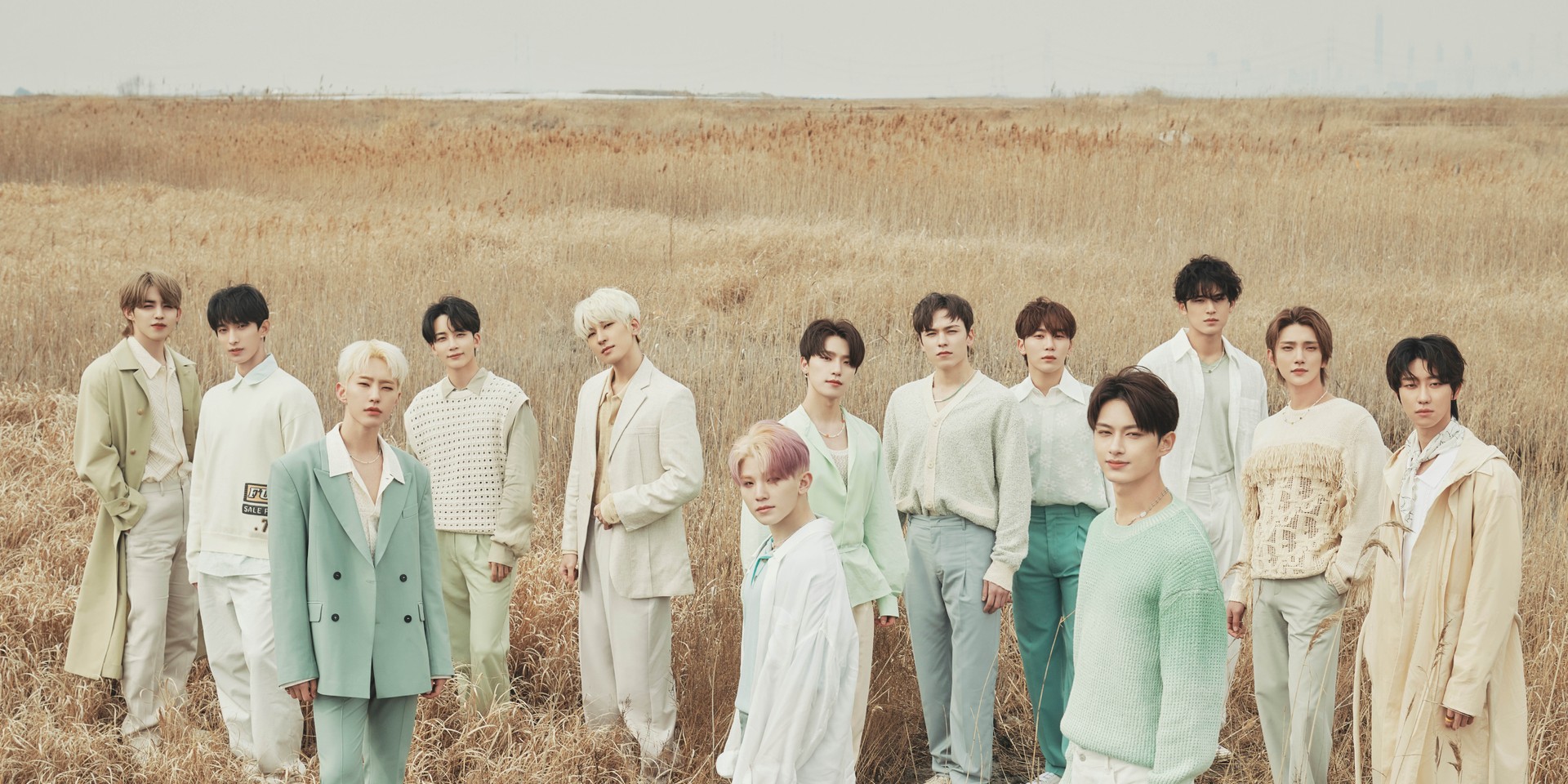 On 26 May 2015, S.Coups, Jeonghan, Joshua, Jun, Hoshi, Wonwoo, Woozi, DK, Mingyu, The8, Seungkwan, Vernon, and Dino burst onto the K-pop scene in a flurry of bright lights and groovy basslines. Since then, the multitalented act have not only impressed global audiences with their incredible synchronicity and mesmerising choreography but also their impeccable artistry and diverse musicality.

Often dubbed as the "self-producing idols" of K-pop, SEVENTEEN are undoubtedly one of the most creative and versatile groups in the scene, with each member always having a hand in producing their hits—be it songwriting, production or choreography.

To celebrate SEVENTEEN's 7th anniversary, we've come up with a list of seven songs that you can dance and sing to. With a vast discography that spans a range of genres and sounds like that of SEVENTEEN's, it was not an easy feat to choose a small list of songs—especially when you have unforgettable bops like 'Very Nice,' 'Mansae', 'Pretty U', 'BOOMBOOM', 'HIT', and 'Ready To Love' (not to mention their iconic unit and solo songs).

Nevertheless, we picked out some of our favourite SEVENTEEN songs throughout their seven-year career, from their iconic debut song to their latest hit.

It would be wrong to not pay ode to where it all began. Wrapped in catchy guitar riffs, soulful vocals, and edgy hooks, 'Adore U' was the perfect introduction to SEVENTEEN, showcasing the very musical talent and captivating presence that made them the successful act they are today.

Having only been a year since their debut in 2016, 'Chuck' was an insanely ambitious song, considering its theatric production and powerful choreography. But if there was anyone that could pull it off, it was SEVENTEEN.

Also, that iconic 'Chuck' performance in the rain? How could we not love this song?

'Clap' is that SEVENTEEN song. From its rock-inspired production to the insane high notes to the fun choreography, this 2017 lead single perfectly encapsulates what this multi-faceted bunch is all about.

The guitar riff intro (that goes so hard) alone is enough to get you excited and getting to experience that live is a must for every CARAT.

'THANKS' is an exemplary showcase of SEVENTEEN's musical skills. With constant tempo shifts and a beautifully executed delayed drop, this 2018 track puts the group's production skills on center stage and rightfully so.

2019 was too good of a year for SEVENTEEN. With hit releases after another, choosing a song to define such a momentous era for the group was an insane challenge but we landed on 'Good To Me' (even though 'HOME' and 'HIT' were such stronger contenders).

While the track takes on a darker and heavier sound, it still retains so much of the bright adolescent charm that has characterised SEVENTEEN's career so far. It's the perfect transition from the youthful innocence we've adored to the power and maturity we now love.

Reminiscent of their earlier tracks, 'Left & Right' exudes a sense of playfulness—many thanks to its funky beats and simple yet catchy hook— that makes the song so much fun to listen (and dance) to.

'Rock with you' bares so much joy and energy. The straightforward pop song, embellished with rock influences, is simple but incredibly upbeat. And as if it couldn't get any better, SEVENTEEN released a live band version that really gave the song that extra push.

Sweet, charming, and so inviting, 'Darl+ing' marks the beginning of SEVENTEEN's latest era. Serving as their first-ever English song, the melodic pop track carries that signature melancholic yet blissful sound that the group does so well.

SEVENTEEN are returning this 27 May with their 4th album, Face The Sun. Later this year, the group will be embarking on their BE THE SUN world tour that sees stops across South Korea, the US, and Canada.