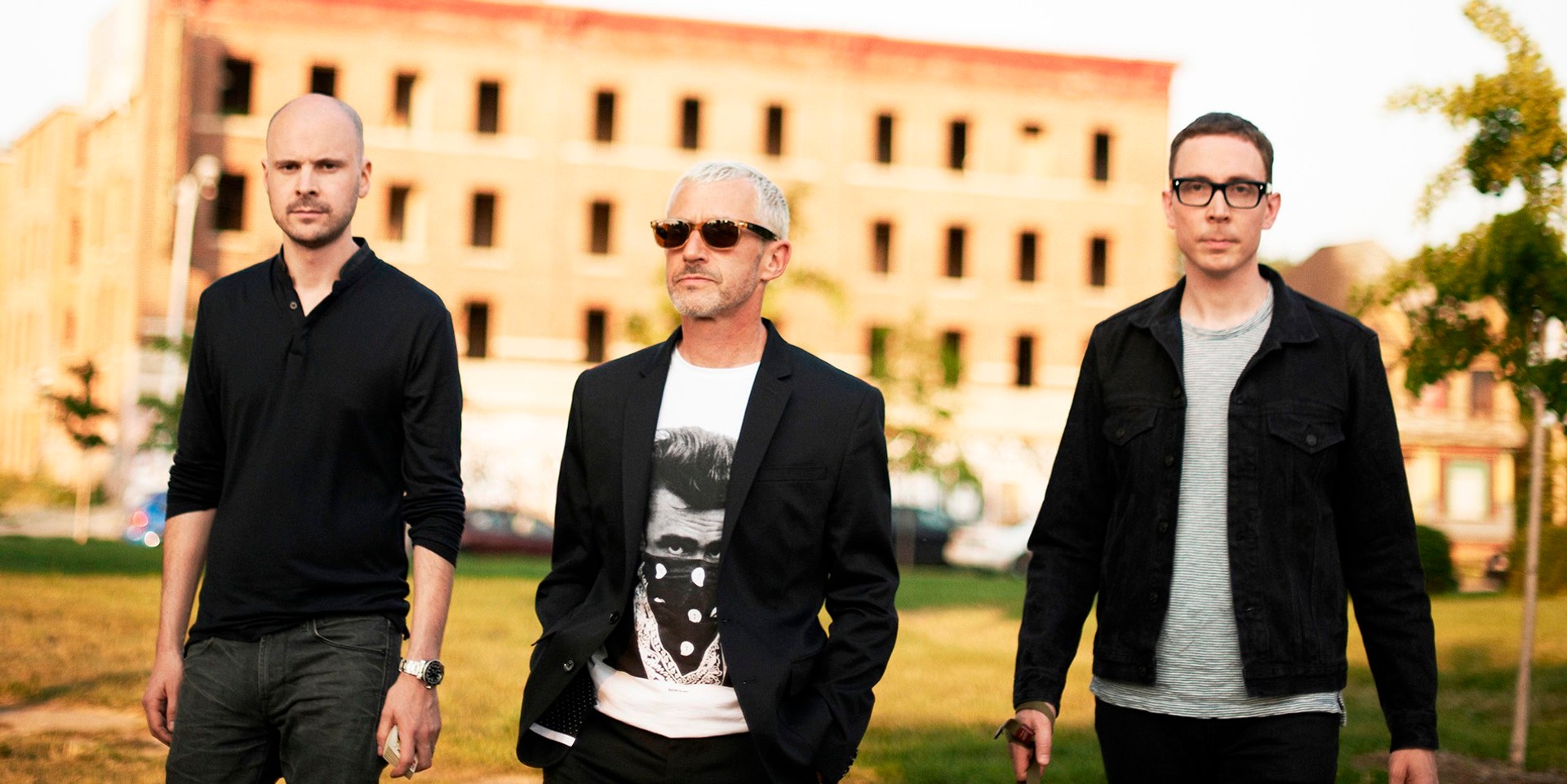 Longtime electronic music trio Above & Beyond will be returning to the Lion City for Ultra Singapore 2018, which is a cool two weeks away.

Formed in 2000, the behemoths of trance have many accomplishments under their belt: their weekly radio show Above & Beyond Group Therapy, their record label Anjunabeats, a slot on DJ Mag's Top 100 every year since 2004, and even a Grammy Award nomination.

We caught up with Paavo Siljamäki (pictured, right) from Above & Beyond before they perform at Ultra Singapore (which takes place the weekend of 15-16 June) to learn more about the collaborators they worked with on their latest album Common Ground, what they do for self-care, a concert venue they wouldn't mind dedicating a song to, and more.

Most tracks off Common Ground included artists that you guys have previously worked with like Zoe Johnston, Justine Suissa and Richard Bedford. Is there a reason you guys have been working with these familiar collaborators for this new release?

We've been really lucky to find so talented songwriters and singers like Zoe and Justine that we love writing new songs with them whenever we can. Being able to work with Richard Bedford for this album was also amazing as we haven't worked with him for some time. It's also very interesting to work together for so many years as our songs are about real life and now looking back, our songs are like our personal history of our lives!

ABGT (Above & Beyond Group Therapy) has been a success since its launch in 2012. What sparked off the idea of forming a radio show and how much has it changed since then?

Ministry of Sound Radio asked if we'd like to start a weekly radio show back in 2004 and we thought 'Why not?' It's pretty crazy that now, 14 years later, our radio show has become a very important thing for us, keeping us up with what's going on with Electronic music around the world, and a weekly way for our fans to chat as the show is broadcast online every Friday.

You’ve been running Anjunabeats for 18 years now. What really goes on behind the scenes when it comes to running a record label that people don’t think about?

Well, we started the label as a way to release our own music and very soon found how amazing it was to release great music from other music producers like Oliver Smith. The label grew up to become a way for people to find quality electronic music, and now a community of producers and fans worldwide, which feels amazing!

You recently dedicated an unreleased track to the Red Rocks Amphitheater in Denver, Colorado, aptly naming it ‘Red Rocks’. What’s another venue you love that you wouldn’t mind dedicating a song to?

Well as far as amazing venues go, the Gorge near Seattle where we had our ABGT250 party is up there with one of the most memorable places we've ever had the possibility to play. Nature and music are such a cool thing together!

You have been in the industry for almost 20 years now. In light of the recent tragic passing of Avicii, how have you taken care of yourselves over the years, mentally and physically?

I've been personally trying to look after myself with yoga and meditation, sleep and having fun too. I guess we're also very lucky to be a team which means we always send 2/3 on tour and one of us stays back home to do radio and work on music: this means we get more 'normal life' time than most DJs. This really helps to keep things feeling fresh too, in the studio and on tour.

You guys played at Ultra Miami – which turned 20 – earlier this year. How was that like, and what can your fans expect at Ultra Singapore?

The Ultra Miami week is always crazy fun with so many of our friends in town - and Ultra Singapore will give us a similar time for sure, being able to hang out with our friends, old and new. That's one of the most wonderful things about music and music festivals; how it brings us closer together, unites people. Looking forward to seeing you all in Singapore!

Catch Above and Beyond at Ultra Music Festival 2018, Singapore on 15 June 2018. Tickets are still available here.