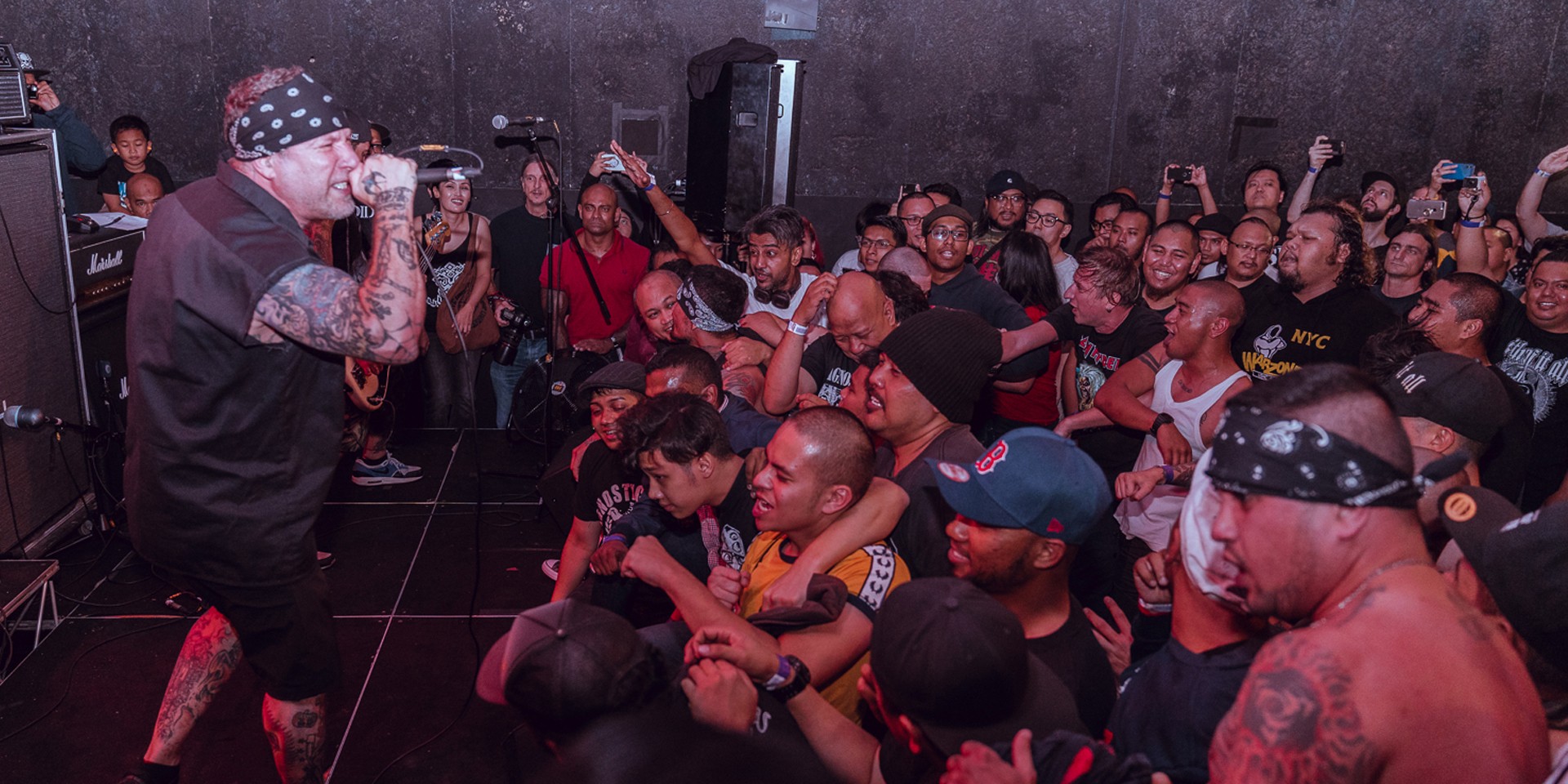 New York hardcore pioneers Agnostic Front finally graced Singapore with their presence last Thursday at The Substation. Having been in the scene since the late 80s, the band has spearheaded the hardcore punk movement with their songs laced with positive messages. (The band was supposed to play in Singapore in 2012 but the show was cancelled due to lack of funds.) 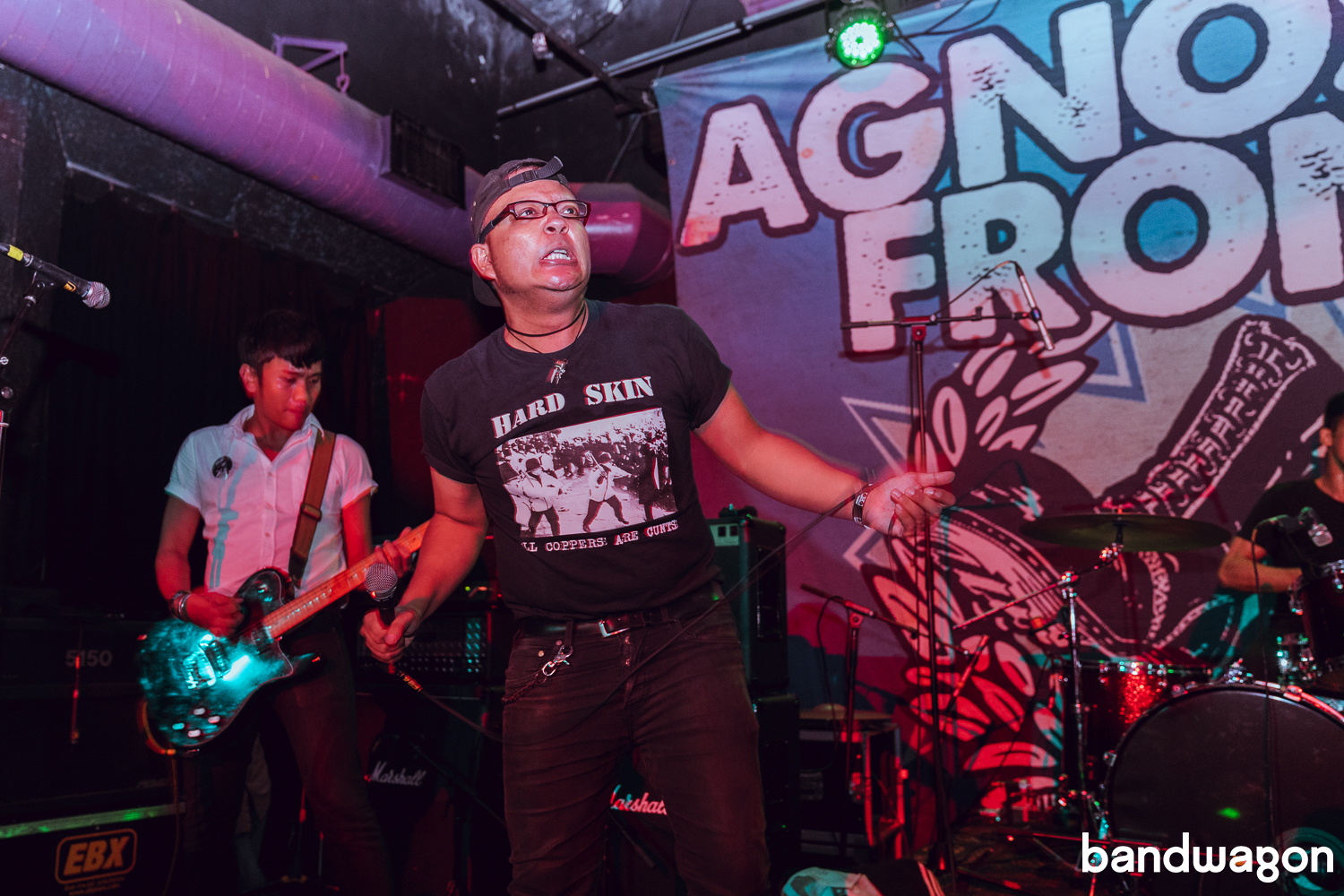 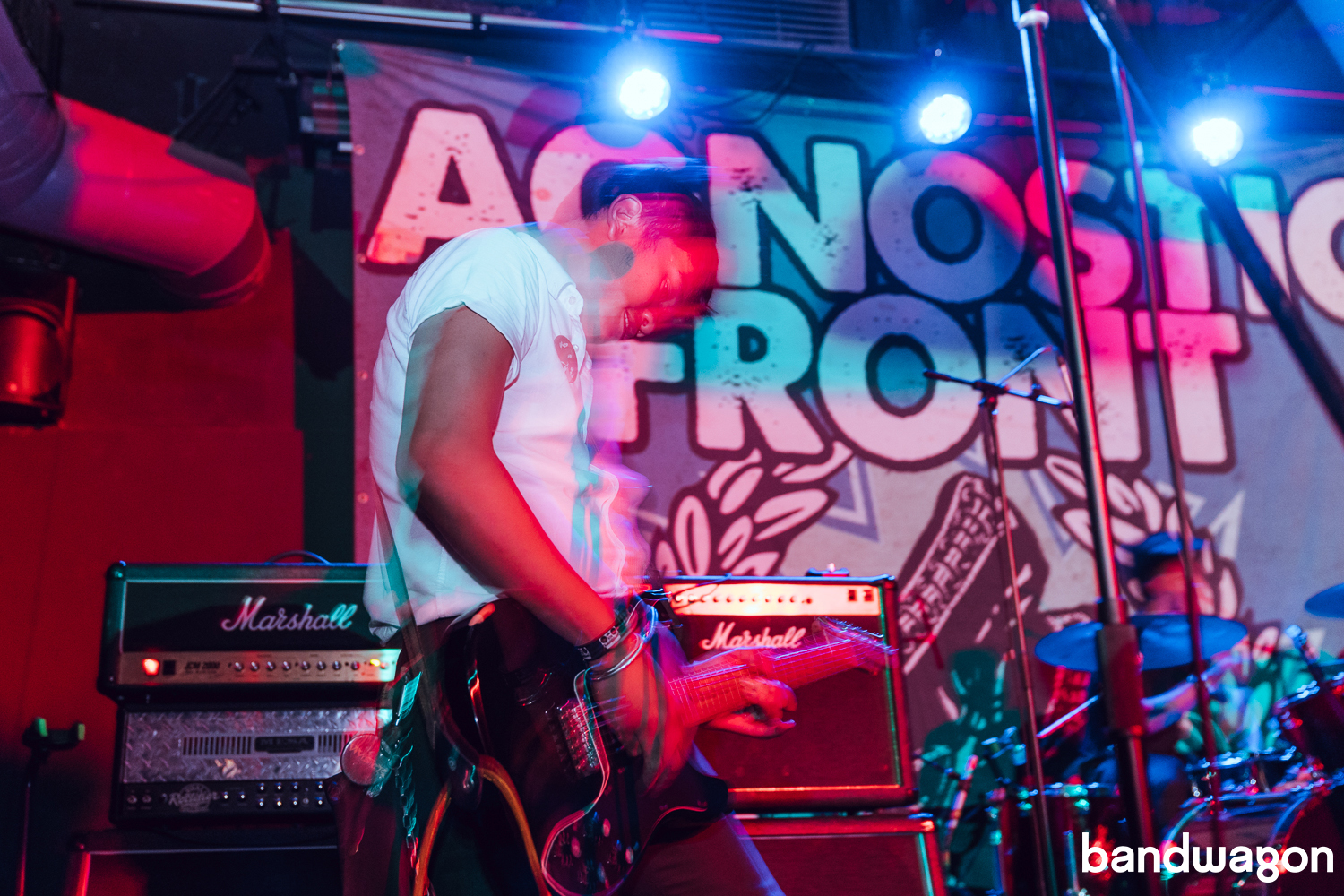 Doors opened around 7pm and the first act of the night, Lubricant, started playing to a sizeable crowd. Although the crowd didn’t really show great signs of excitement, it was clear that they enjoyed the performance and were beginning to warm up for the night. 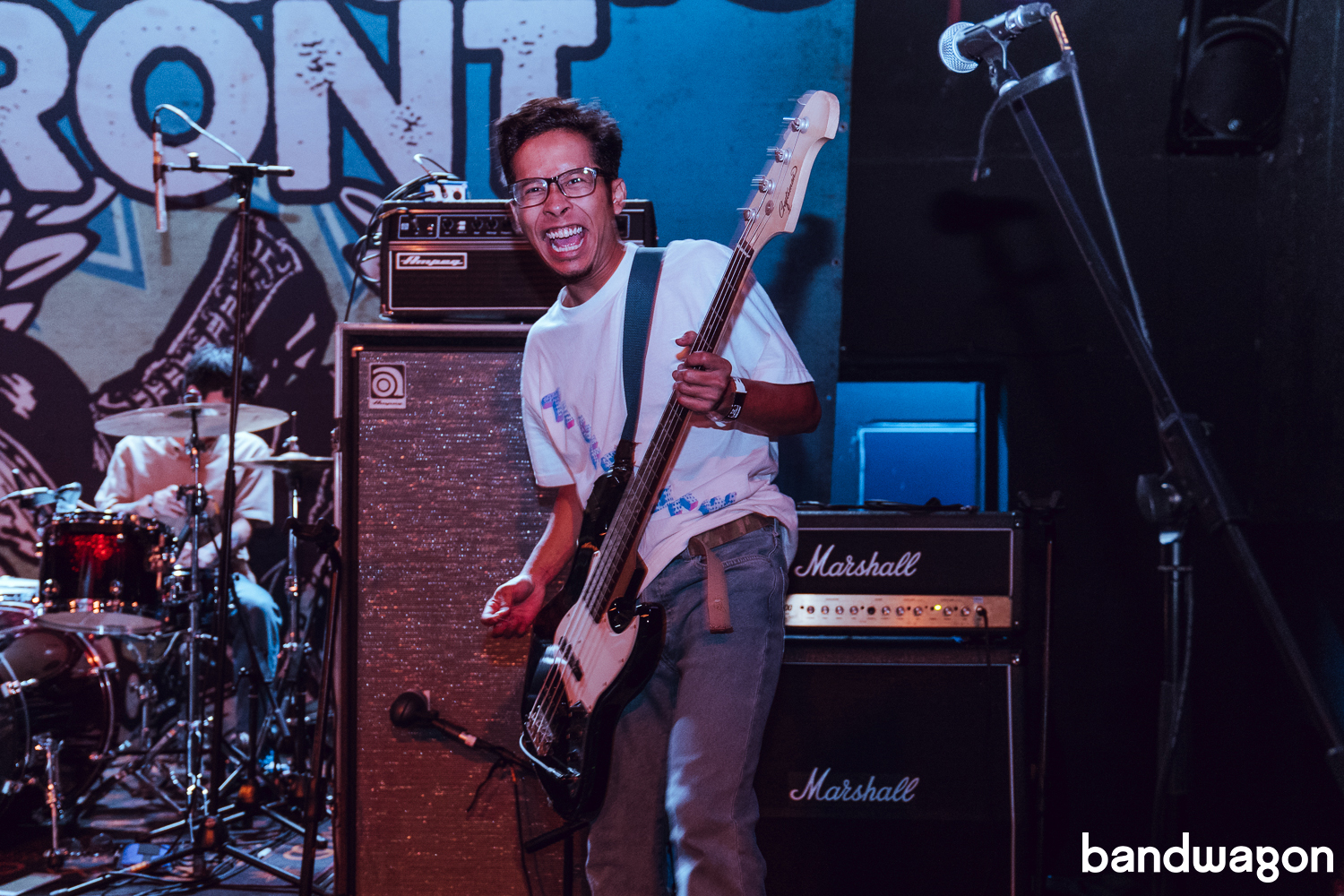 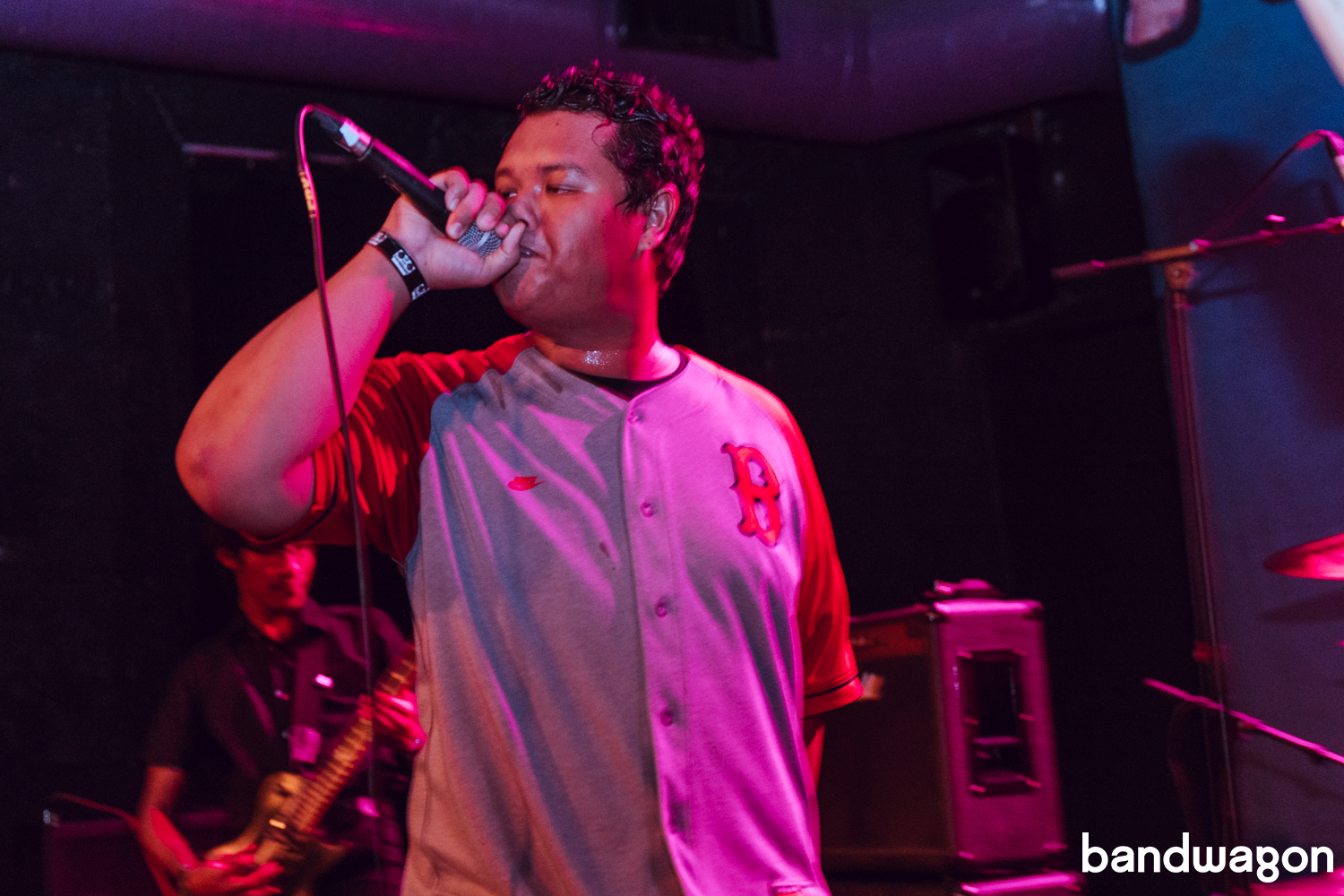 The next band to play was Hollow Threat, whose profile is rising thanks to the stages they've shared with the likes of Endzweck, Earth Crisis and soon, Turnstile. They played to a crowd smaller than Lubricant’s but the band put their best foot forward. The lead vocalist of Hollow Threat repeatedly thanked the organisers for the opportunity before the stage was taken up by The Bois shortly after. 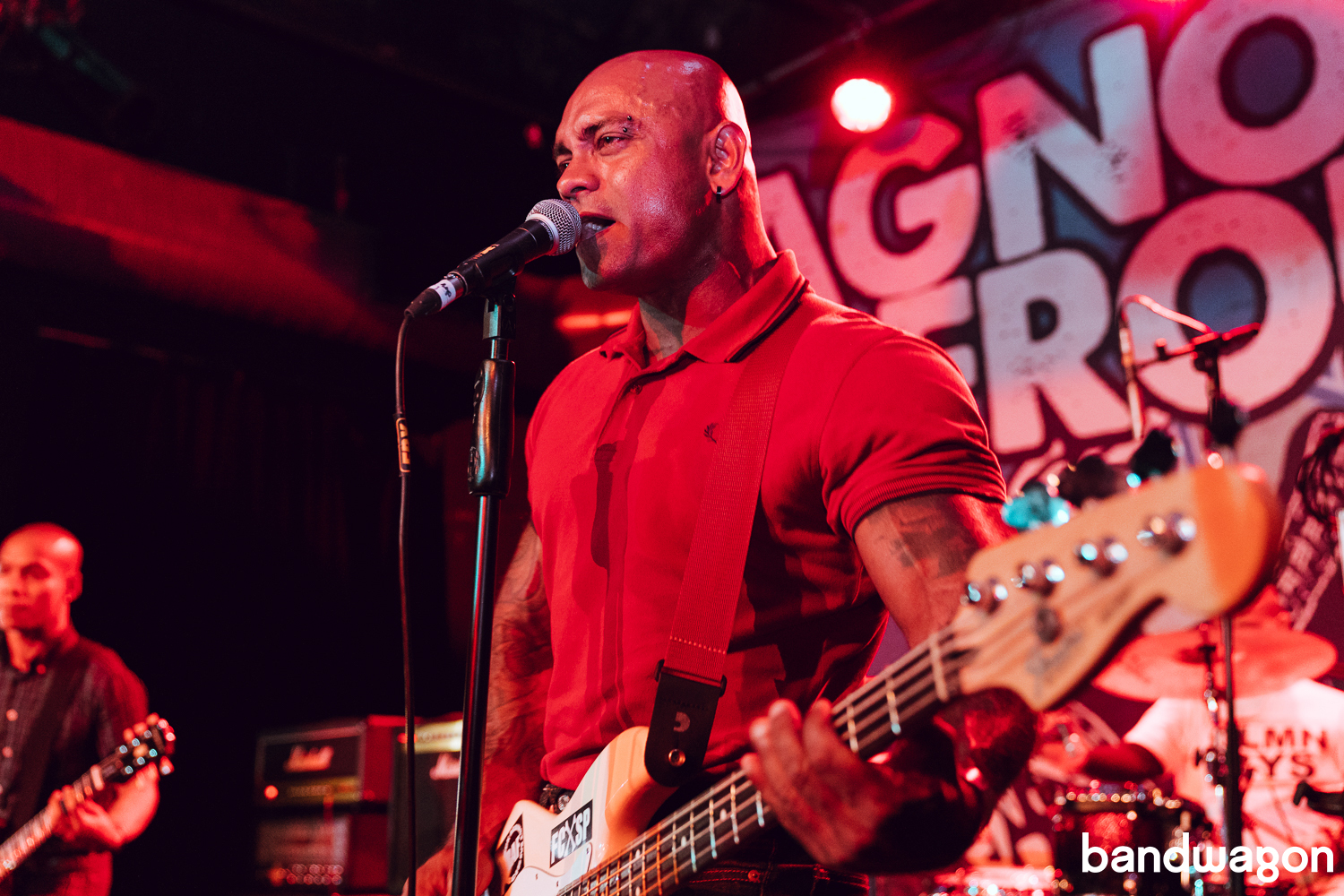 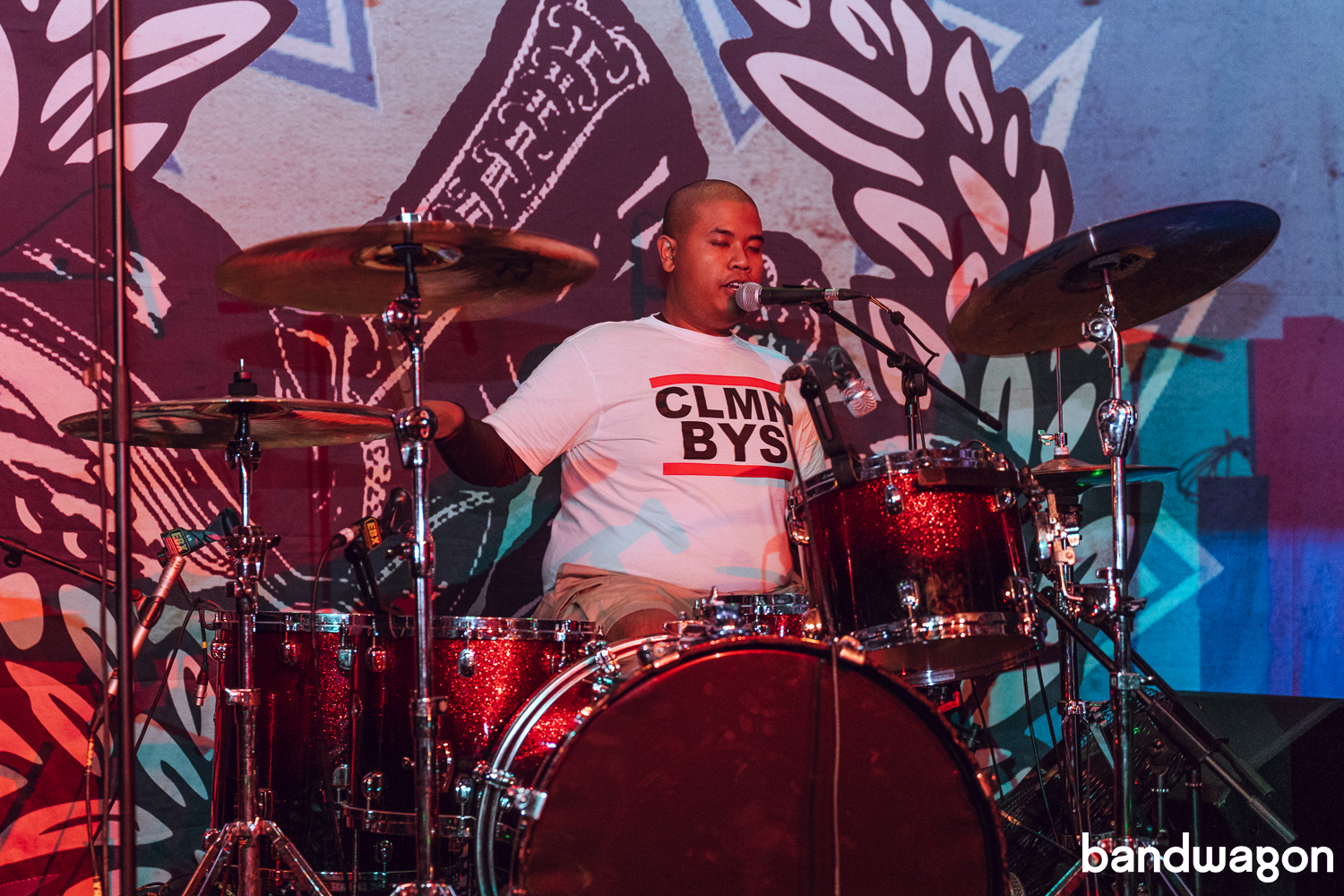 By the time The Bois were up, the venue was visibly starting to fill up, the crowd had a good mix of young and old and that’s not a surprise since The Bois were old-timers in the local scene. The skinheads riled the crowd up, getting them hyped and ready for the main stars of the night, Agnostic Front. The Bois’ set was thoroughly enjoyable – their nostalgic sound adding the perfect feel-good touch to the night. 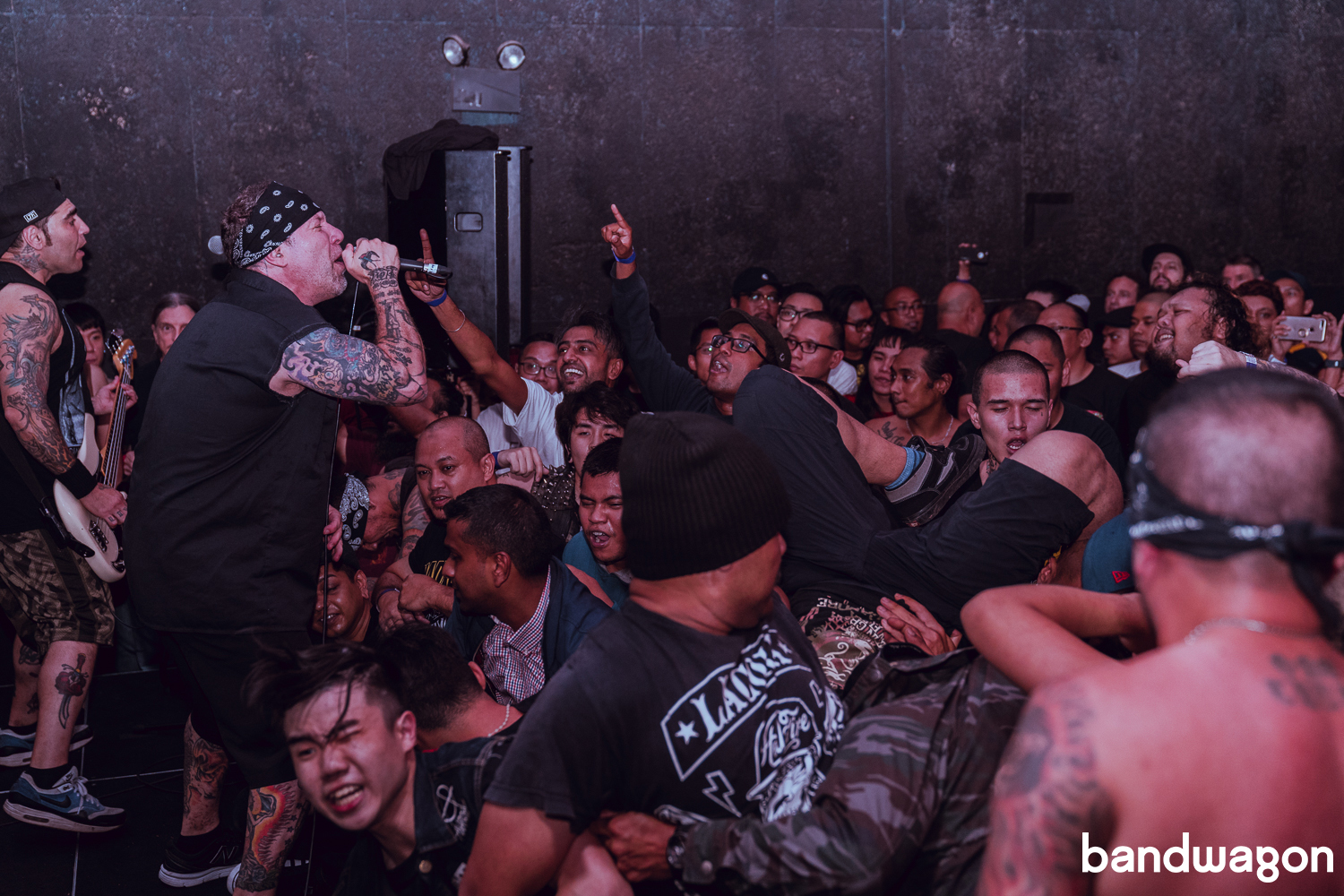 As soon as Agnostic Front got on the stage, all hell broke loose. The band was great at riling up the crowd, who went berserk from the first song. It was mayhem from the beginning, the crowd moshing and dancing to hits like 'For My Family', 'Gotta Go' and 'Police Violence'. It probably felt like a trip down memory lane for most – the crowd was filled with men in their 30s and 40s, moshing heavily jumping up and down feeling like they were at the peak of their youth again. 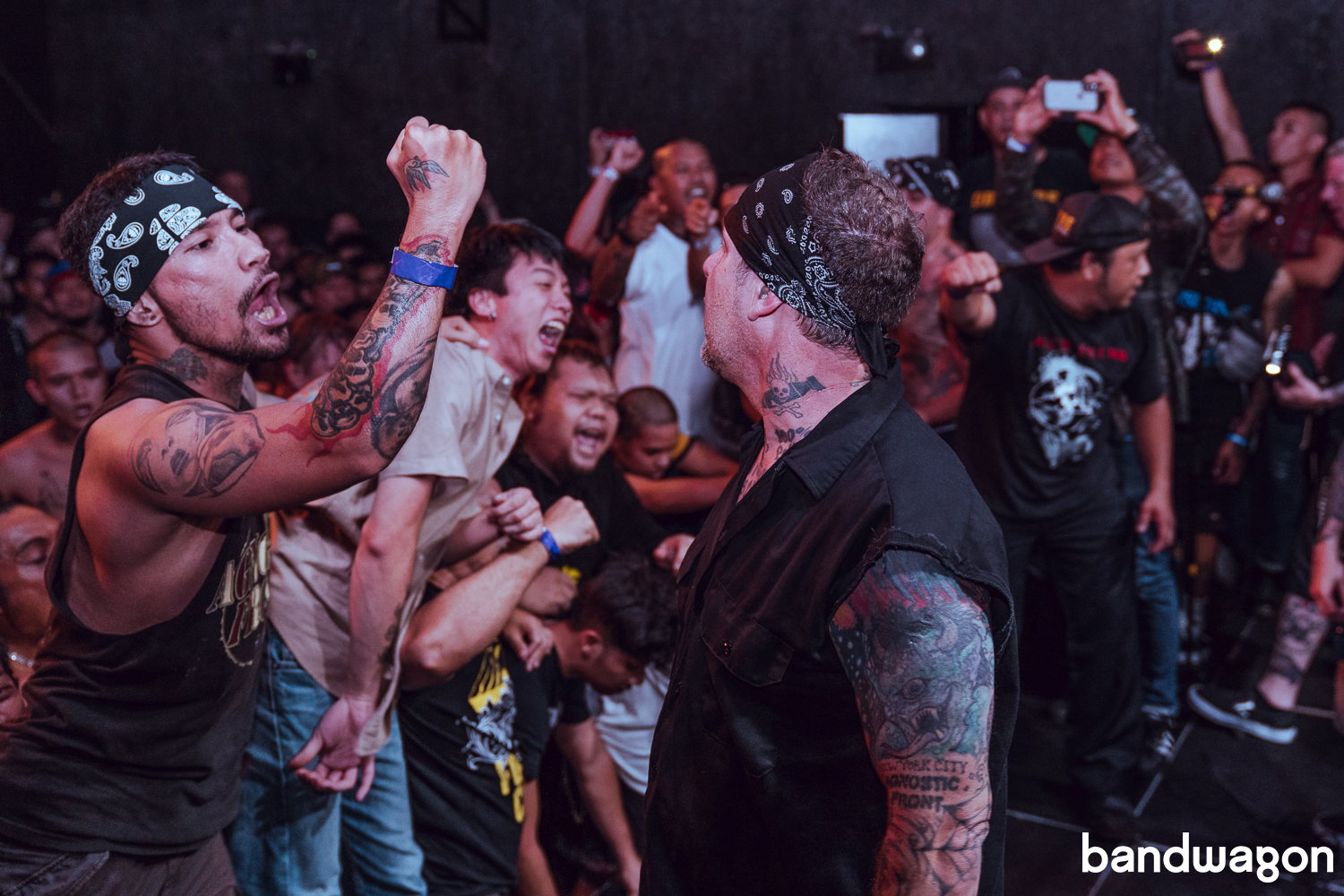 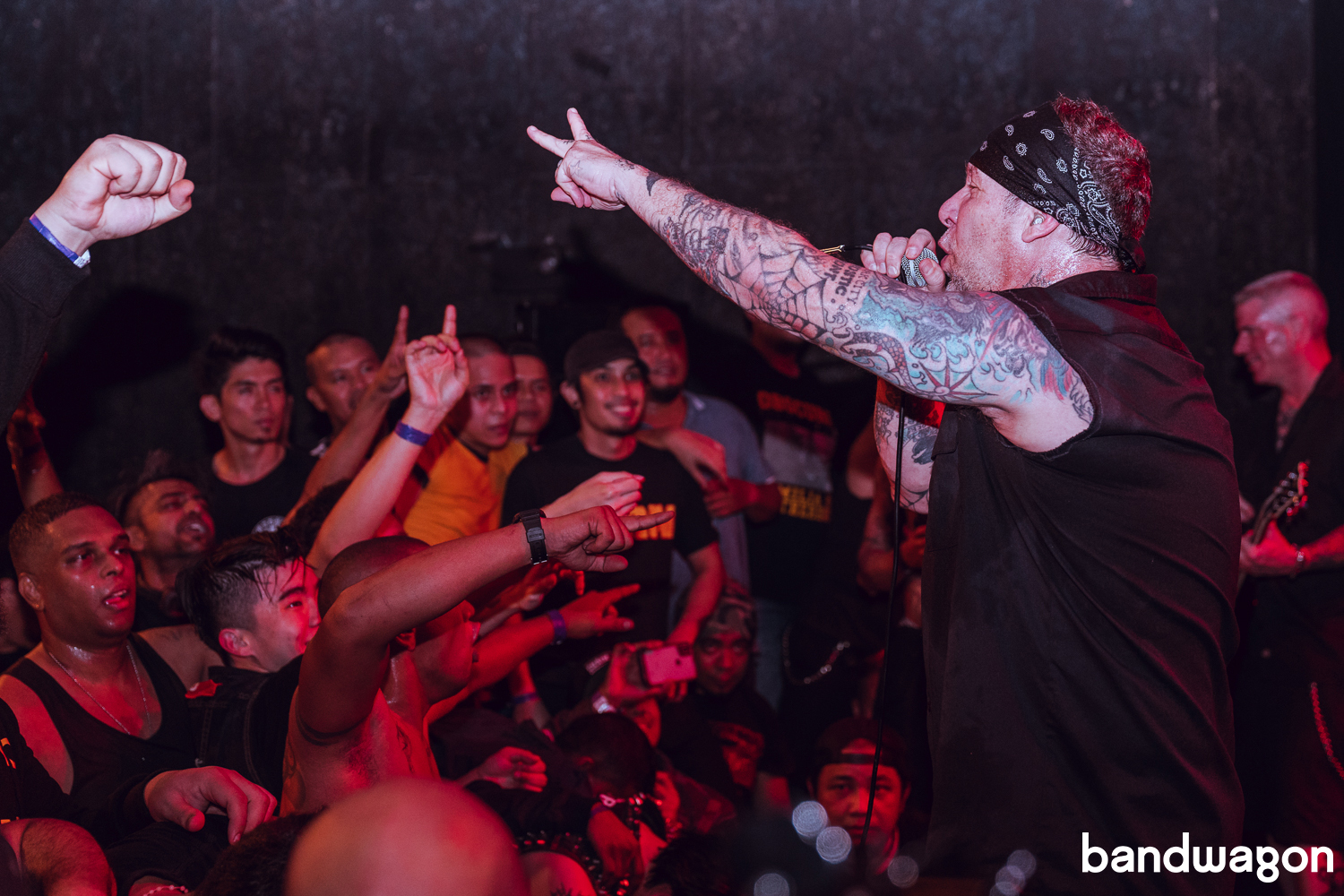 Vinnie Stigma kept showing off the back of his guitar with its familiar STIGMA sticker, reminiscent of memorable milestones like the band’s music video for ‘Gotta Go’. Lead singer Roger Miret kept encouraging the crowd to open up circle pits. The crowd thoroughly enjoyed themselves, belting out lyrics to classics, some slam dancing to the music. 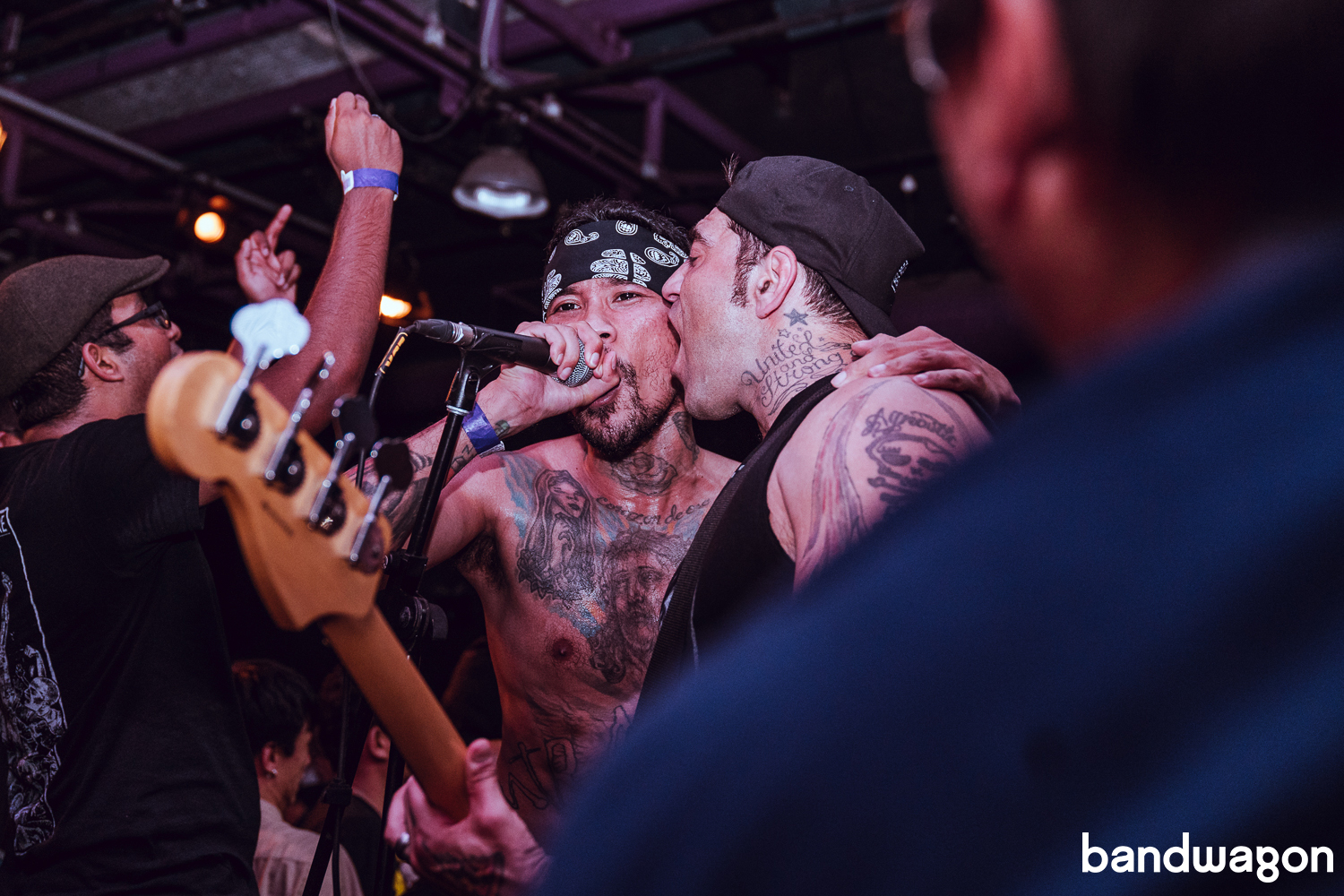 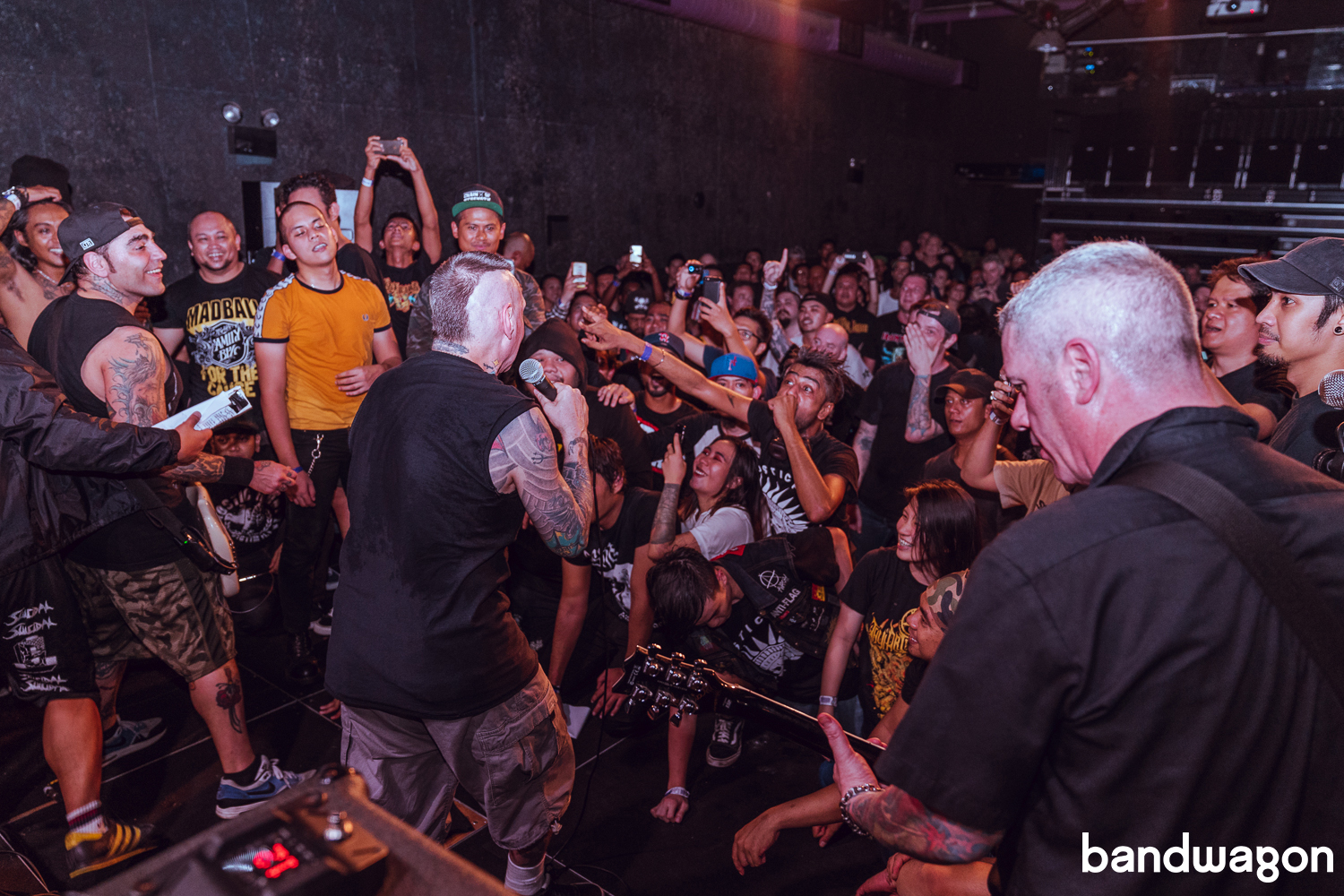 The night wrapped up with Vinnie Stigma singing ‘Paulie The Beer Drinking Dog’ and a powerful encore, with the band promising us that they’ll come again soon. It was great to finally have these hardcore legends finally grace us with their presence. Agnostic Front is proof that no one is too old enough for some good hardcore. 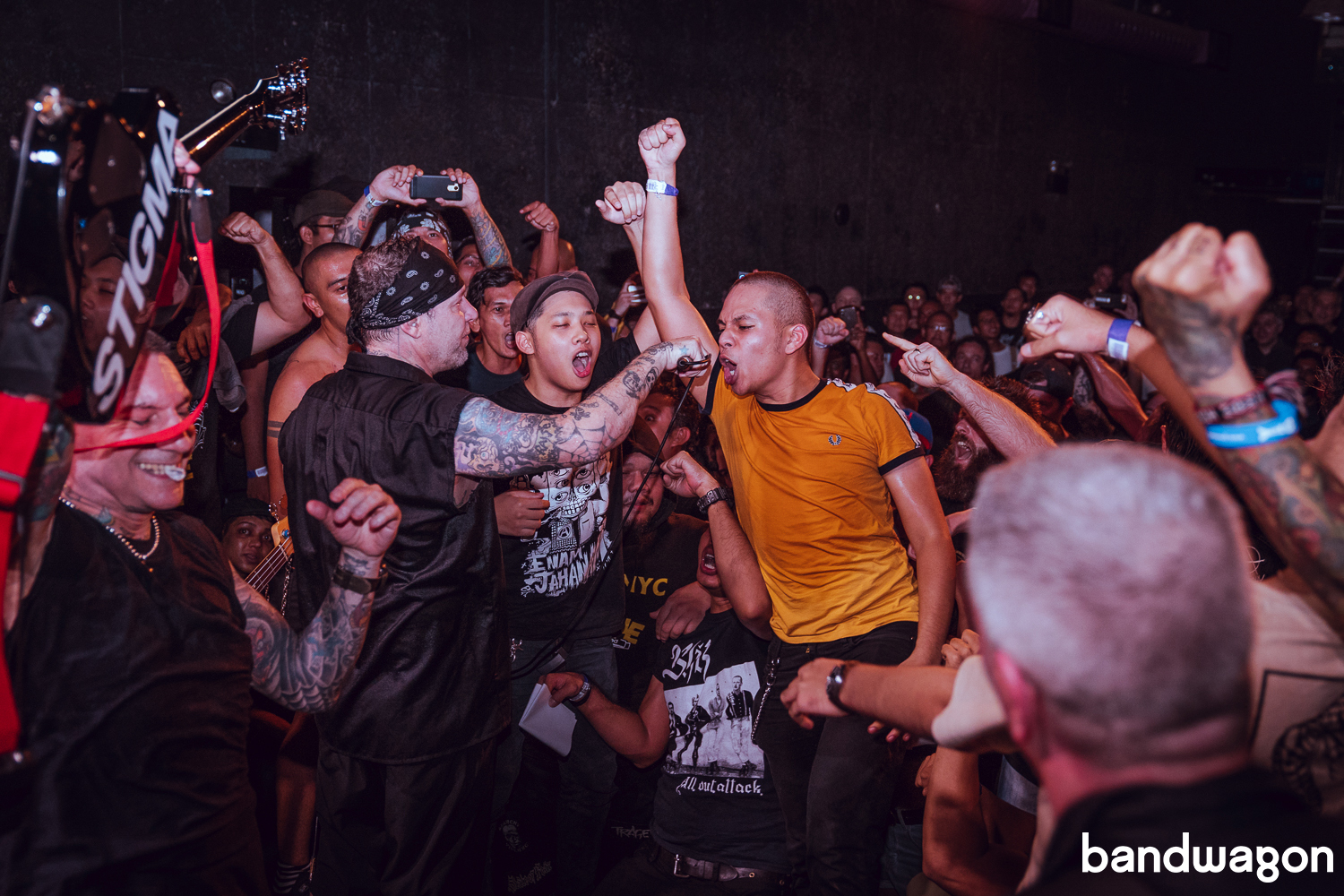 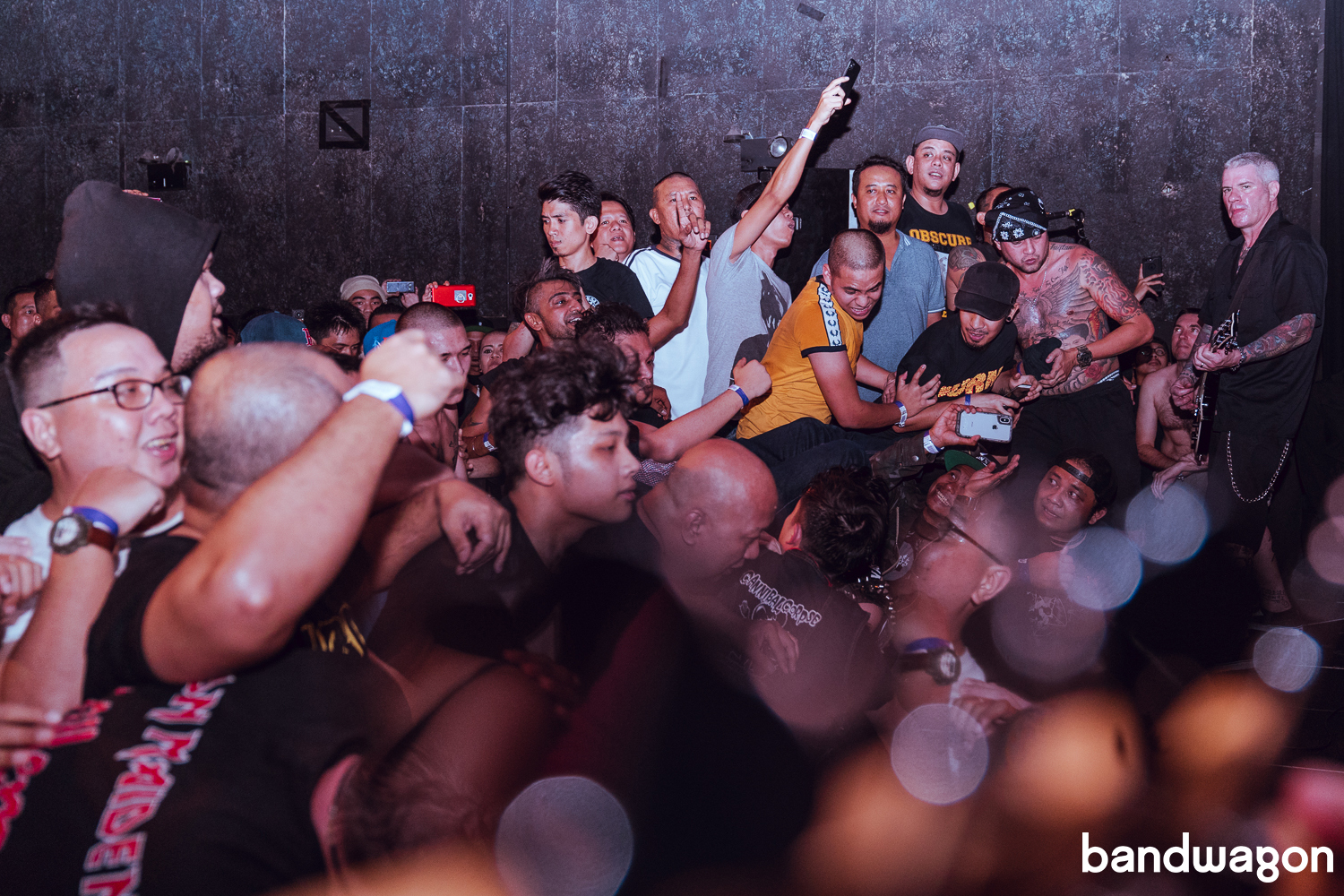