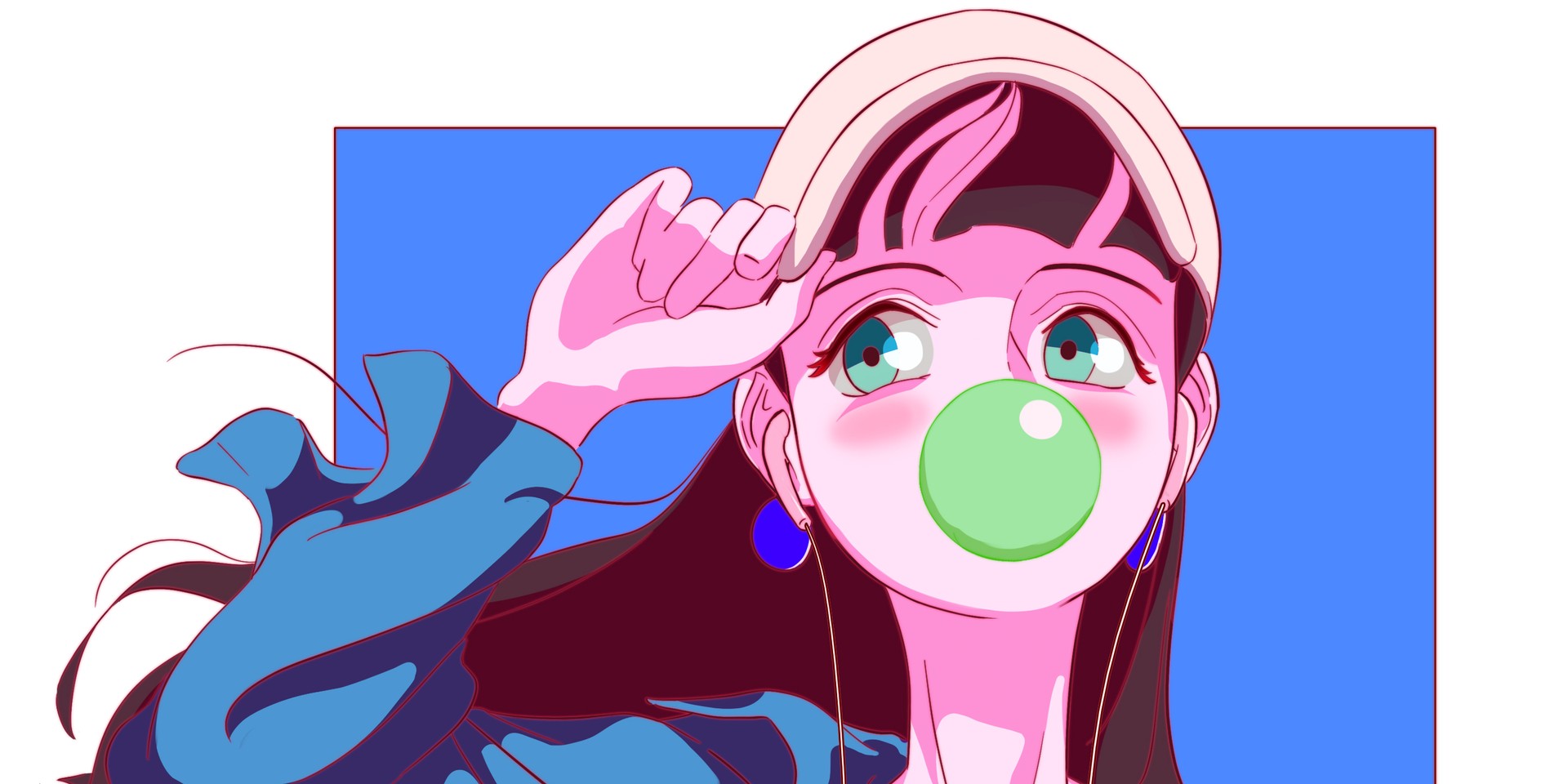 The identity of CIKI still remains a mystery today, apart from 'Sik', which is taken from his birth name. When his fans admire the dimly lit faceless Instagram videos of him jamming in his bedroom, the question of how he looks like or who he really is momentarily fades away into the abyss. That is when you know that his music has completely taken over, which is what CIKI truly wishes for - for his music to speak louder than anything else in the room.

"I would describe my music to be more focused on the vibes than the message. One of my goals is to move people's emotions through my music," CIKI said.

The 29-year-old bedroom artist started producing his own tracks as early as 10th grade and subsequently picked up singing to accompany his own music. Four years ago, he started uploading his original music and covers onto Soundcloud, where he amassed an audience of over 47,000 followers. CIKI shared that he was mesmerised by the music of DEAN, CRUSH, Red Museum, Onandoff, PUNCHNELLO, and more, who used to produce on Soundcloud under the collective eskimo club.

"Since then I listened to and was influenced by a lot of different tracks on Soundcloud. I was able to start expanding my boundaries as more and more artists began to recognise my music," CIKI added.

CIKI released 'Between', his debut single, after signing with Sony Music Entertainment Korea in 2018. The single established a Korean indie sound with the carefree strumming of the acoustic guitar. As the synths and electronic keyboard tones were introduced, CIKI teleported listeners from the streets of Jongno, Seoul to Tokyo's bustling nightlife reminiscent of Japanese city-pop.

"No matter what kind of relationship it was, I wanted to write a sad story as much as possible about twisting the truth, as it is difficult to let go of the feelings when the word breakup is mentioned," CIKI shared in his journal entries while writing the single.

A few months following 'Between', CIKI dropped his second single 'BOKE', which gained the likes of listeners in Japan. The catchy single, with its title referring to a fool commonly seen in Japanese comics, peaked at #24 on Spotify Japan's Viral chart and marked CIKI's first foray into the Japanese music scene.

"This song is about the content that the narrator in the lyrics seldom expresses to others, and he thinks that it is a bokeh-like view of himself as he continues his relationship by hiding his emotions every time," said CIKI.

CIKI later unveiled 'Syndrome', a song that he had written back in 2017 after he set up his studio in his hometown. Seeking to explore the versatility of guitar playing within a minimalistic setting, CIKI's guitar solo in 'Syndrome' was could be considered a success. "I've done technical work before, but I wouldn't know if it's a piece of clothing that suits me or not before I try it on, so this is my first try. I wanted to create a fancy atmosphere by playing the instrument in a simple but more technical way with the guitar, bass, and drums," he said.

Written based on the protagonist's pathological expression of desiring his love subject, the meaning behind 'Syndrome' is synonymous with a bittersweet cup of drip coffee to cure separation anxiety.

"At the beginning, there's a line that says, "You're more beautiful than Betty with pink paint." This song plays homage to my favourite movie, Betty Blue," CIKI wrote in his journal.

Earlier in July, CIKI ventured beyond his comfort zone by experimenting with more atmospheric, lo-fi sounds fused with Korean hip-hop beats. The carefree quality of the acoustic guitar was replaced with sustained keyboard chords and electric guitar riffs, reminding one of a night spent wandering through the alleys of Itaewon under the glow of a full moon.

Working with Instagram illustrators Kan (@kan.yh) and (@__tree_13) has allowed for CIKI's music to take on a visual persona attached to the narratives told by his songs. While Kan's drawings boast softer brush strokes and blended shadows in realistic portraits, Namu, on the other hand, is heavily inspired by an Anime drawing style, with her drawings decked in bold colours of retro and Japanese city-pop.

After years of making music as a bedroom artist, CIKI displayed optimism in bringing music to the live stage as soon as concerts can resume after the pandemic eases. "First, I want to make a lot of songs for a setlist. And eventually, my end goal is to go outside of Korea and have international shows," CIKI added.

Till the day we can hear CIKI play live, he will continue working on several single albums along with an EP.

"I’m always going to be making music, so please give it a listen whenever you think of me. Thank you."