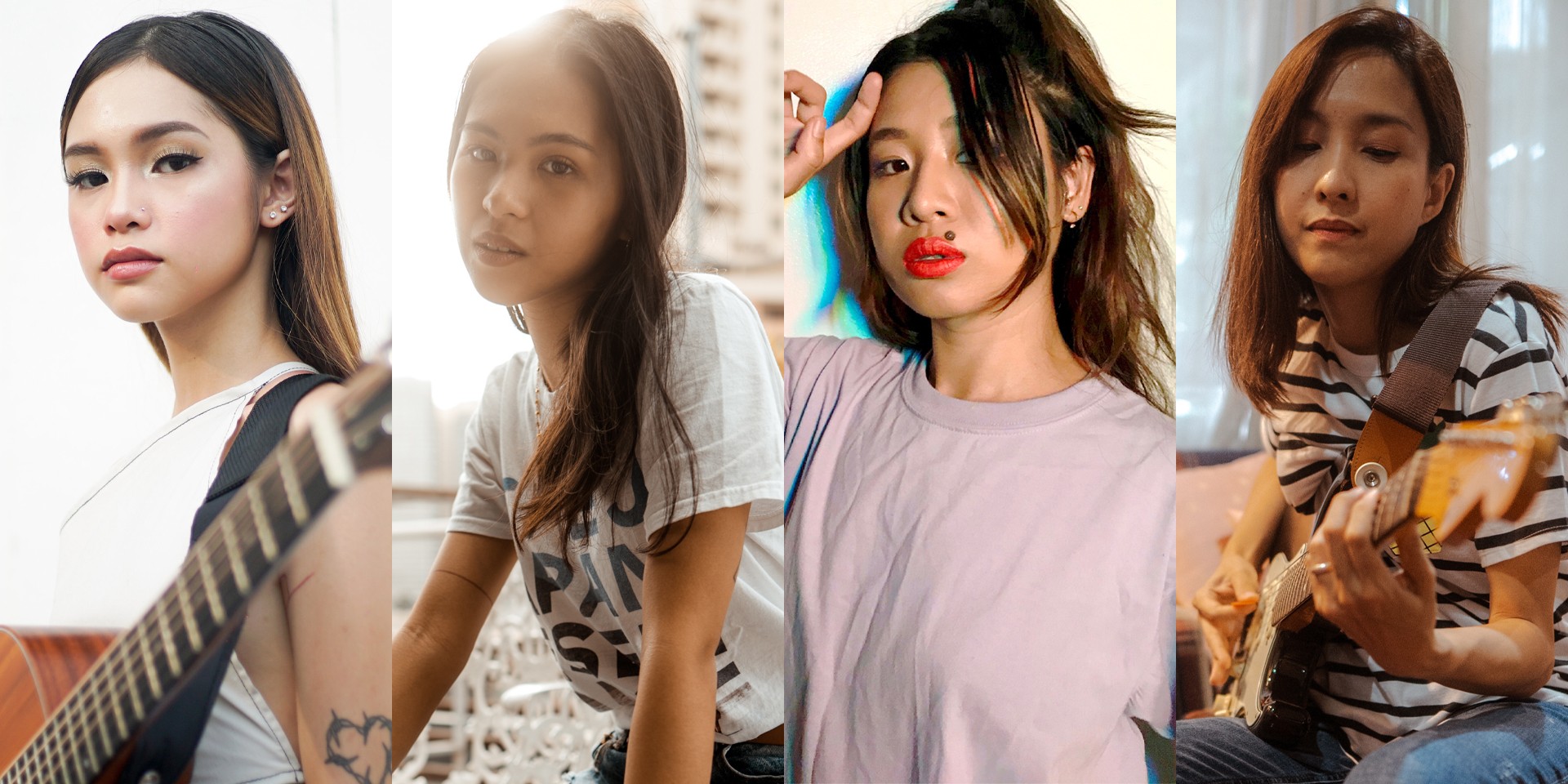 This past week was packed with tons of hype and new jams!

Over these last few days, BLACKPINK have been aggressively throwing out teasers upon teasers and pre-release events for their first full-length album. It's been 'Pretty Savage' to say the least, but now their album is here to finally light up the sky.

LANY are back with their third studio record Mama's Boy, which vocalist Paul Klein describes as their "best album ever."

On the other side of the spectrum of music, Slipknot vocalist Corey Taylor has unveiled his debut solo record CMFT, ahead of his ambitious and fiery (in the most literal way) concert on Saturday (10/03) at 5 a.m. (PHT). Tickets available here.

While you hit start on Crash Bandicoot 4: It's About Time or Star Wars Squadron—both out today—get your weekend backed up by these new releases from some of your favorite Filipino artists.

syd hartha digs deep into a place of newfound perspective with the release of her latest single 'hiwaga.'

In a statement about the new track, she writes, "There was a time in my life where I felt so stuck and started to question my existence and the reason for everything. What inspired me to write this song is my awakening to the fact that I was given this life for a reason. I want to heal so I can be the best version of myself for everyone around me and I want to inspire people to do the same.”

Singer-songwriter Clara Benin teamed up with The Ringmaster once more for her latest offering 'Araw't Gabi.'

Rico Blanco is back with another collaboration, and this time around it's with Filipina vlogger and singer Hannah Pangilinan for the track 'All the Way.'

Mayonnaise have been going strong in celebrating their 18th anniversary. This week, we got a new single from them called 'Ang Kutis,' featuring Barbie Almalbis.

August Wahh is back with the release of her new Subculture-produced single 'Hue,' off her upcoming Vivid EP.

Irrevocable - 'For John and Robert'

Irrevocable's latest single, 'For John and Robert,' was titled after two of the four people who were kidnapped from a devastating raid at a resort in Davao del Norte in 2015. Their new offering is available for free download on their Bandcamp page.

In a message to Bandwagon, vocalist Lenian Gaspar explains that the story behind 'For John and Robert' gave her nightmares and insomnia and that she'd lost her motivation at work. "I had to see a doctor and take meds. I was mourning for the deaths of two persons I did not know," she says. "This song is for all the victims of pointless killings done for greed. They must all be remembered."

The Filipino synth-pop act waved goodbye to September with the release of their 3-track offering, S.S.H. EP, via Island Records Philippines. S.S.H., which stands for Sumaya, Sumigaw, Huminga, was created while in quarantine with less gear than the band is used to.

Get to know the heart and soul of Vancouver-based Filipina singer-songwriter Dey Rose with her debut EP, Panting Heart, via Lilystar Records.

mimiyuuuh reminds us to stay hydrated with the release of her debut single 'DYWB (Drink Your Watcer Bitch)' via O/C Records. The track was produced by Kean Cipriano and Emil Dela Rosa.

"I wrote down some lyrics about the things I was going through at the time," Tabudlo writes in a statement about the song. "I was in a situation where I felt like someone I liked was playing too hard to get, and the song pretty much circles around that idea: that sometimes when we play too hard to get, we lose people who really love us or people who [turn out to] feel the same way.”

Michael Pacquiao is here to offer you something new to listen to this season with 'Maxine.'

Kurei and Moreno are set on keeping things exciting with the release of their collaboration 'Excite You' via Universal Records.

Mikee Misalucha tackles the confused feelings you get over someone who looks so good, but is oh-so bad with her brand new single 'LaLaLa' via Viva Records. 'LaLaLa' was recorded at home while in quarantine with producer Vince Lucero on video call.

Oh, Flamingo! frontman Howard Luistro is back as Bird Dens with the release of his second single 'Willing.'

Mark Redito is back with the second single off his upcoming record, Natural Habitat. 'Nowhere Left To Grow' was co-written by LA-based singer-songwriter Hollis. Natural Habitat will be available on vinyl via Zoom Lens on December 12. Preorder it here.

Transit Records' and BuwanBuwan Collective's lui. is back with his "first proper release" in four years. The four-track EP, The Sun In My Window, also features lead single, 'Garden Meditation'. In a statement, lui. shares that the song "is a tribute to a summer lost brought about by the unforeseen global pandemic."

Multihyphenate Alessandra De Rossi makes her Lilystars Records' debut with the rerelease of 'Make It Better'. The self-written and self-produced track is off her remastered debut album, Adrift.