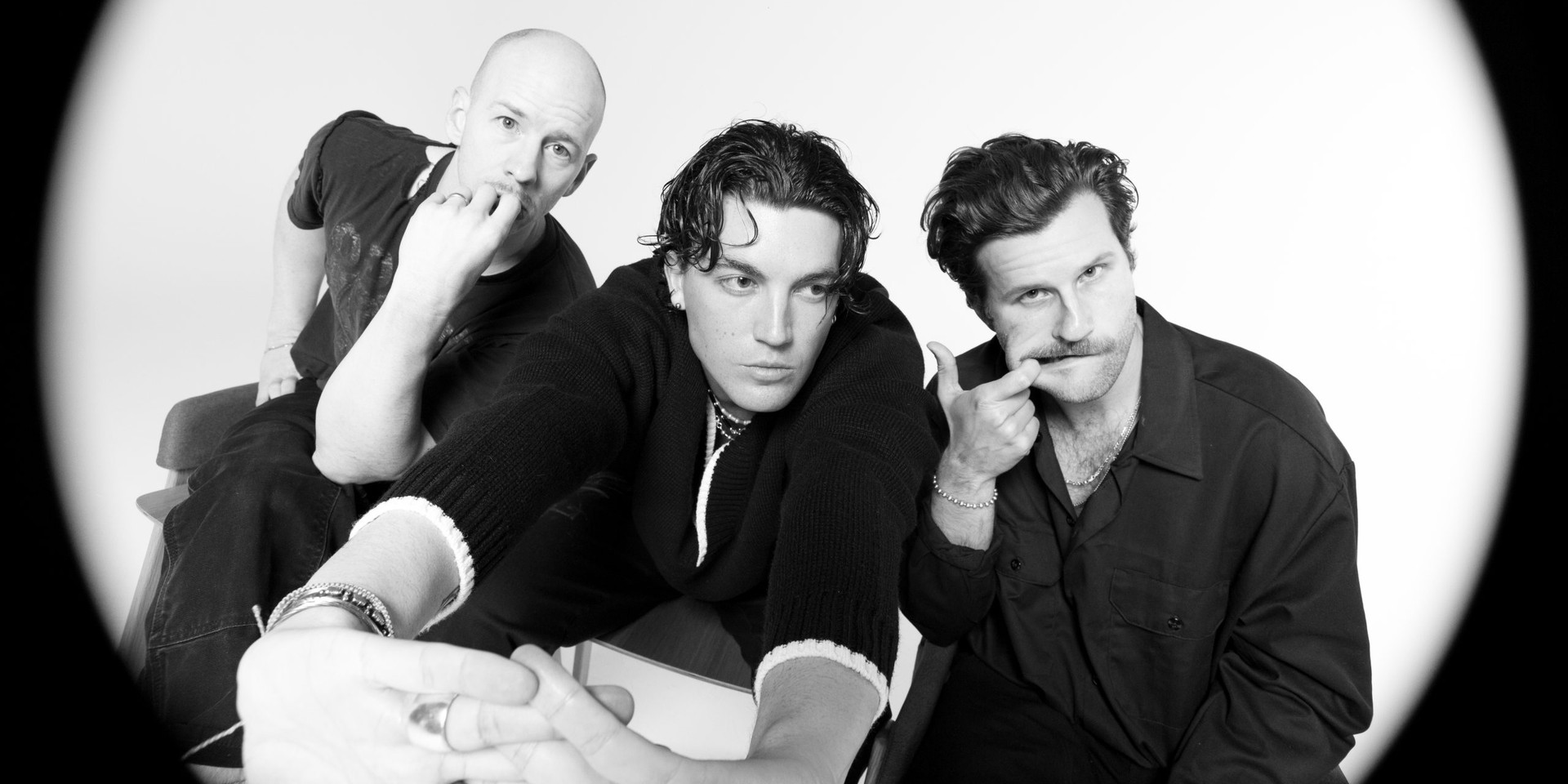 Continuing their rising trajectory to be one of this generation’s biggest bands, LANY is back and this time with their best album yet. Like a phoenix rising from the ashes, the alt-pop trio’s new album Mama’s Boy takes on a new life following the heartache and pain from its successful predecessor Malibu Nights.

“There’s so much life and so much flavour to the album...it’s just a really positive album. There’s not a lot of sad songs on it, I think there’s been enough sadness this year. It’s just a really wholesome, positive-like good vibes type of album that I think will get better and better with each listen,” said LANY frontman Paul Klein to Bandwagon.

Mama’s Boy showcases 14 tracks, all exuding that familiar LANY sound, while simultaneously bringing something fresh to the table. Encapsulating the entire human experience, the album tackles stories from drunken night calls to whether or not you believe in God. Sonically, it boasts new elements the band has yet to use - from a simple acoustic guitar to a kids’ choir. “You never want to make the same album twice as a band, that doesn’t make sense to me,” said Paul.

After months of teasing and anticipation, Mama’s Boy drops on Friday, 2 October. Bandwagon caught up with LANY’s Paul Klein via Zoom about the inspiration behind the album and how the band has been dealing with quarantine.

Tell us about the new album. What adventures and stories inspired the tracks?

After putting out Malibu Nights, something that transparent and vulnerable lyrically, and realising how much it meant to people, I knew that I needed to step up to the plate again but do it outside the context of heartbreak. Heartbreak albums are oftentimes the easiest albums to write because you have so many raw emotions, it’s so much pent up frustrations.

This time, [we tried] to write songs that really cover the entire human experience, whether it’s from being in a relationship you’re not supposed to be in or coming face-to-face with the inevitable truth that you’ll eventually have to say goodbye to your parents one day [or] whether you believe in God or not. There are other songs that are like when you’re drunk, which is like ‘you only talk to me and hit me up and act interested when you’re drinking’.

There are so much life and so much flavour to the album. There are 14 songs, so there’s got to be a song there for everybody.

Where did the album name Mama’s Boy actually come from?

It came from a few different ideas and things that I wanted to get across. One is that all the bands we look up to have some sort of geographical identity, whether it’s U2 in Ireland [or] Beatles in Liverpool. I just felt like people [think of us] as a West Coast, California indie-pop trio but we’re actually from the middle of nowhere. I wanted to really pick a phrase that was symbolic of where we’re from. “Mama’s Boy” is a really American phrase, it really originates from the part of the country where we’re from.

On top of that, mama’s boys are often very in touch with their feelings and their emotions and that’s something we definitely are, that’s why we write songs. Hopefully, we’re good at that. So, yeah, that’s kind of like the double meaning and the reason behind the album title.

Compared to your previous EPs and last two albums, how does Mama’s Boy stand out?

I think it’s definitely our best album ever. We’re using elements that we’ve never used before in the past, which is something I think is important. You never want to make the same album twice as a band, that doesn’t make sense to me. So, we’re using elements like acoustic guitar, which is a very basic instrument but we’ve just never used it in the past. We’ve got gospel choirs, a kids’ choir, flugelhorn, slide guitar,  all kinds of stuff we’ve never had.

That was a real amazing privilege for us to be able to actually materialise whatever idea we had for the songs, you know. If we wanted to put a gospel choir on it, we were able to go out and find a gospel choir to sing on it, so that’s really cool.

Do you have a favourite track from Mama's Boy?

I think so. This is my favourite album of ours so I listen to it all the time. I guess one song that isn’t necessarily a single but one that I’m incredibly proud of is ‘Anything 4 U’. It feels so good, I think you can hear how effortless we played this song in the recording. It just has this easy, listen-able nature. It’s a really sweet love song, I kind of haven’t written a song like this in a long time. And that’s just another thing I’m really excited about Mama’s Boy, it’s just a really positive album. There’s not a lot of sad songs on it, I think there’s been enough sadness this year. It’s just a real wholesome, positive like good vibes type of album that I think will get better and better with each listen.

Putting out this new album in a crazy time like this must be quite strange. How’s the experience been so far?

I think I’ve just been trying to take my time at home and exercise the other parts of being in a band which is making merch, making cool visual art and...we have a music video we just filmed a couple of days ago that is amazing, I’m really happy with how it turned out.

There are often times when you’re making an album, you quickly write it, you make it and you’ve got to hurry up and go on tour. Now that things have slowed down a little bit, it’s allowed me to really explore the visual side of the album, which has been so fun for me. It’s something I’ve always been passionate about.

Did the band face any difficulties putting it together?

Yeah, totally. The album was not done when we went into quarantine. It’s really important that everyone is in the same room when you’re trying to make an album cause you have quite a few opinions and you need to try something...often times it’s like ‘can you turn that up’ and they do and it’s like ‘nevermind, turn that back down, that was a bad idea’. Things that take a few hours together in a studio literally take weeks over email and that was really frustrating, you know. Finally, we were able to find a way to the studio safely together [to finish it] but it’s been tough. 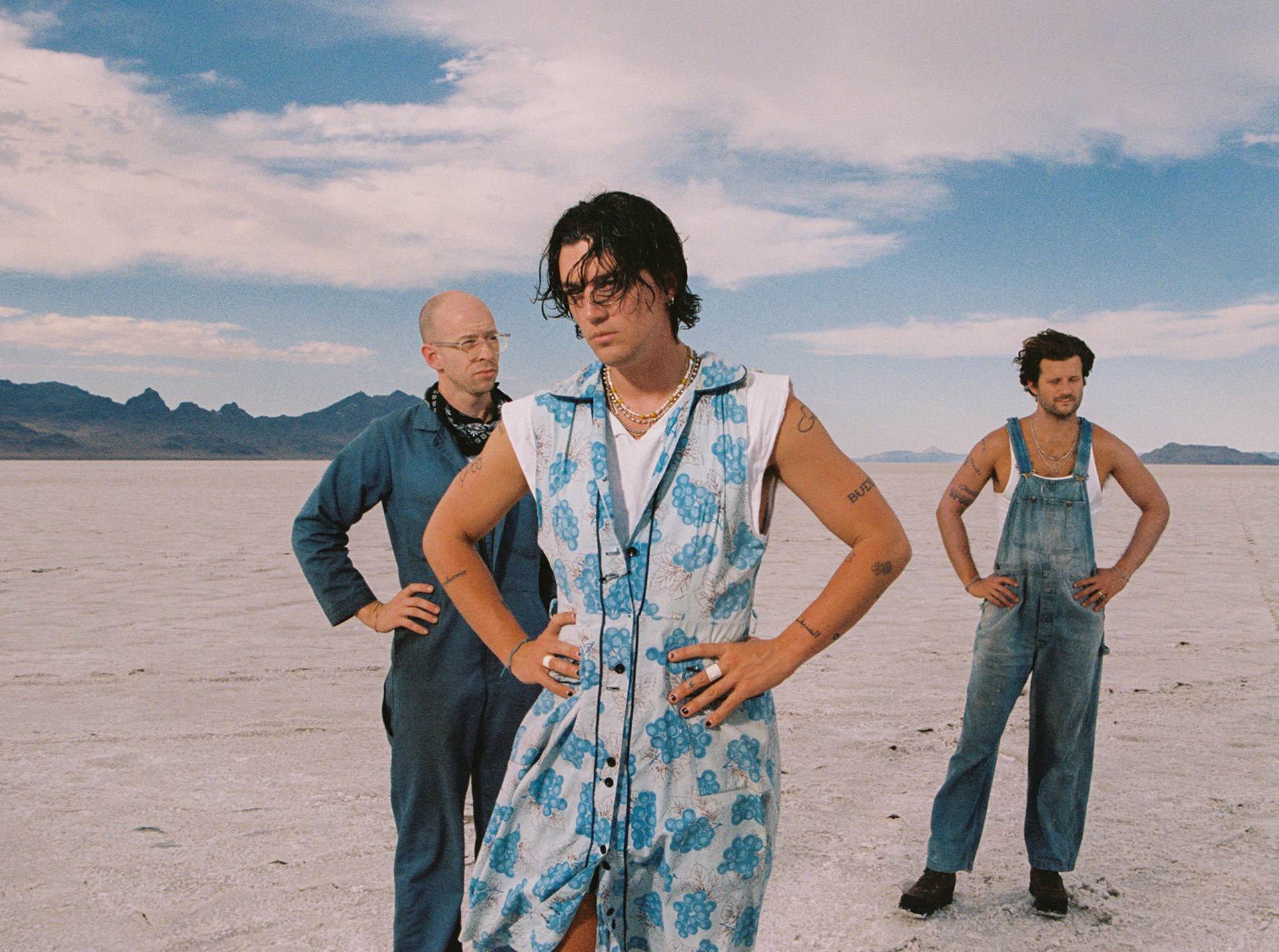 Across all of LANY’s songs so far, there’s a lot of vulnerability and raw emotions. Does it ever scare you having something so personal and reflective of your feelings out there for literally millions of people to see?

Yeah, I think there was one point when I was making Malibu Nights [where] it kind of hit me that my experiences and my life and my emotions, whether good or bad, are out there. It’s almost like my heartbreak is now for people’s entertainment, which is kind of...it is what it is. But, I’ve accepted that and honestly, I write these songs because I love to write songs but I also know how much good songs have meant to me, personally. Whether they’re by my favourite artists or whatever, they just mean a lot to me. I just want to write good songs and hope they mean something to people and enrich their life experience even just a little bit, that’s why I do it.

A song, in my opinion, is only as good as how vulnerable and honest I am on that song. I’m not trying to be a mediocre, half-ass anything so I just throw it all out there. It is what it is.

In the music industry, there’s a lot of metrics of success. Could be ticket sales, streamings, views, followers and so on. For you, how would you define success for the band?

Even though we can’t play shows, [ticket sales] is definitely a metric that is just a...I think that’s the most honest metric. How many butts can you put on seats, how many tickets can you sell. I think that’s the most honest metric because you can have a viral moment, you can get on a playlist for a couple [of] months, have five trillion monthly listeners on Spotify but none of that really mean anything if no one wants to come see you live. So, that would be my metric, which is unfortunate because that metric no longer exists as of right now. So, I don’t know because a lot of songs blow up on TikTok but no one knows why so everything feels like a shot in the dark. But I don’t care as long as we’re making music that means something to people and we’re growing even just one person at a time.

That’s one thing that’s so cool about this band, you know five years ago we were sleeping on the floor in a one-bedroom apartment all three of us and now it’s like [we’ve] grown to something really beautiful but it wasn’t because of some viral moment on the Internet. It was one show at a time, one person at a time. It’s just consistently bringing good art to the table and also creating an environment where everyone feels included and invited and welcomed, and that’s what is really special to me.