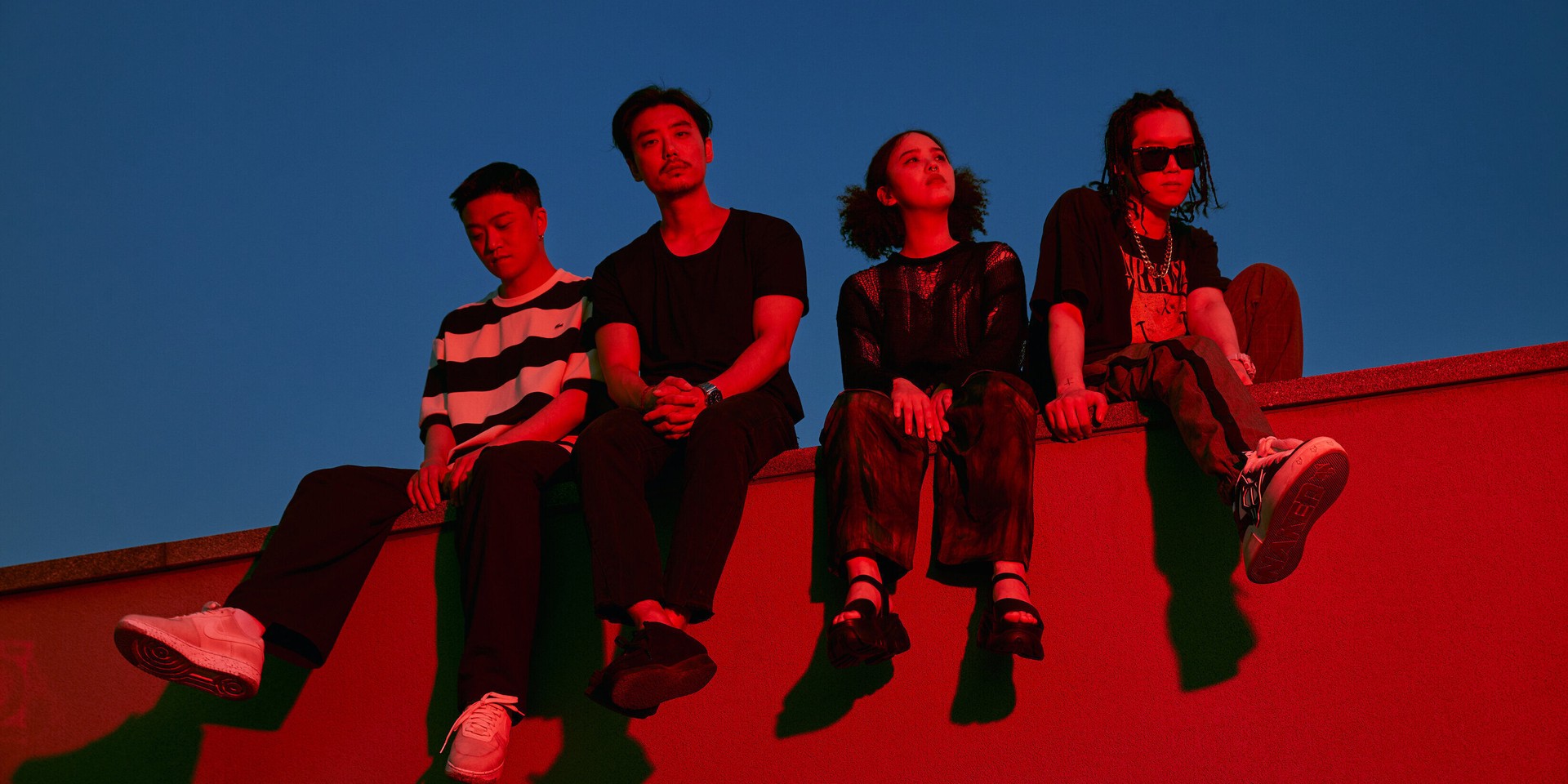 Clouded with the remnants of the '80s and sprinkled with youthful idyll, ADOY’s music feels like a dream. Characterised by their blissful synths contrasted with wistful vocals, the Korean indie band’s songs are comforting and familiar and yet feels like a rush of adrenaline and whimsy.

Paying no mind to the confines of traditional genres, ADOY’s music is an intricate web of stories and sounds that become a consistent staple in the region’s indie scene – similar to that of the members themselves.

Comprising Juhwan (vocals, guitar), Zee (synths), Dayoung (bass), and Geunchang (drums), the quartet has been part of the music scene for the longest time, having been part of various prominent bands before forming the wondrous puzzle that is ADOY. “All of our previous bands disbanded at similar times, which naturally led to us being available for a new musical project,” ADOY tells Bandwagon.

“Juhwan was the one who contacted all of us. In the beginning, it was a light idea. We just gathered together to try making some music for fun, but when the output sounded pretty good to our ears, we didn’t hesitate to go for it and create ADOY.”

Coming from their own individual musical backgrounds and influences, the members created a sound and style that’s uniquely their own, one that’s a mix of synths, electronic arrangements, and contemporary pop.

“We call our music ‘synth-pop,’ when someone asks us. As long as it’s synth-driven, we’re open to trying a lot of different things musically. We’re influenced by so many different artists and genres, as each member has different tastes in music,” says the band.

ADOY released their first EP, Catnip in 2017. The record, which spans six tracks, served as the momentous beginning for the band’s musical journey, solidifying their place as one of the region’s most prominent indie bands.

Since then, the ‘Wonder’ act has released an album and two EPs, including their latest record her.

Spanning six tracks, the new EP takes inspiration from the members’ daily lives, love stories, and past adventures. From as simple as a poster of New York City hanging behind Juwhan’s computer screen (‘NY) to a passionate confession to a loved one (‘Simply’), her tells an array of stories worth diving into.

While sonically, the record explores a wide range of new musical avenues while still keeping to the band’s well-known spectrums of sounds and colours.

From Catnip to her, the band shares that while their core musical identity has always stayed the same, they have a better understanding of who they are musically and artistically.

“We still [have the same] the airy and dreamy sound, but we’d like to think our sound has grown more mature, kind of like ageing wine,” the band says.

“We now understand better what makes ADOY sound like ADOY, and since we’ve worked with the same mixing engineer for all this while, he understands better as well. Similarly, we understand each other’s personalities more than when we first started out, and we’re ageing together.”

Through the years, ADOY has brought their music to stages all over the world – from Seoul to Manila to London. Their most memorable live performance, though, is one that happened recently.

“It's our most recent show with Dosii and Roon. Because of pandemic regulations, the crowd could not stand up, shout or take their masks off. It was quite surreal, but even with the regulations the crowd was amazing, clapping instead of replying and we could feel their energy. It’s hard to forget,” says the band.

In over four years, ADOY has achieved an array of milestones but to them, they “definitely still have a long way to go”, still wanting to go on an Asia-wide tour, perform in cities across the globe, and collaborate with different artists.

Looking back at their journey, the band gleamed at what they’ve gotten to do and what still lies ahead, sharing how simply getting to make music together for a living is the best part of being in ADOY.

“Thinking back, it’s kind of like a dream come true,” they said. “When we were young, it was hard to imagine we could be actually making enough money just by doing music, especially because our previous bands weren’t financial success stories. But getting to do that now and being able to reach listeners from around the world, especially Asia, where we were actually able to physically go and play live – that is out of this world!”

It’s an adventure and it’s still ongoing. Even the ups and downs help us learn about life and music, they’re all valuable experiences.

Listen to ADOY's her here.