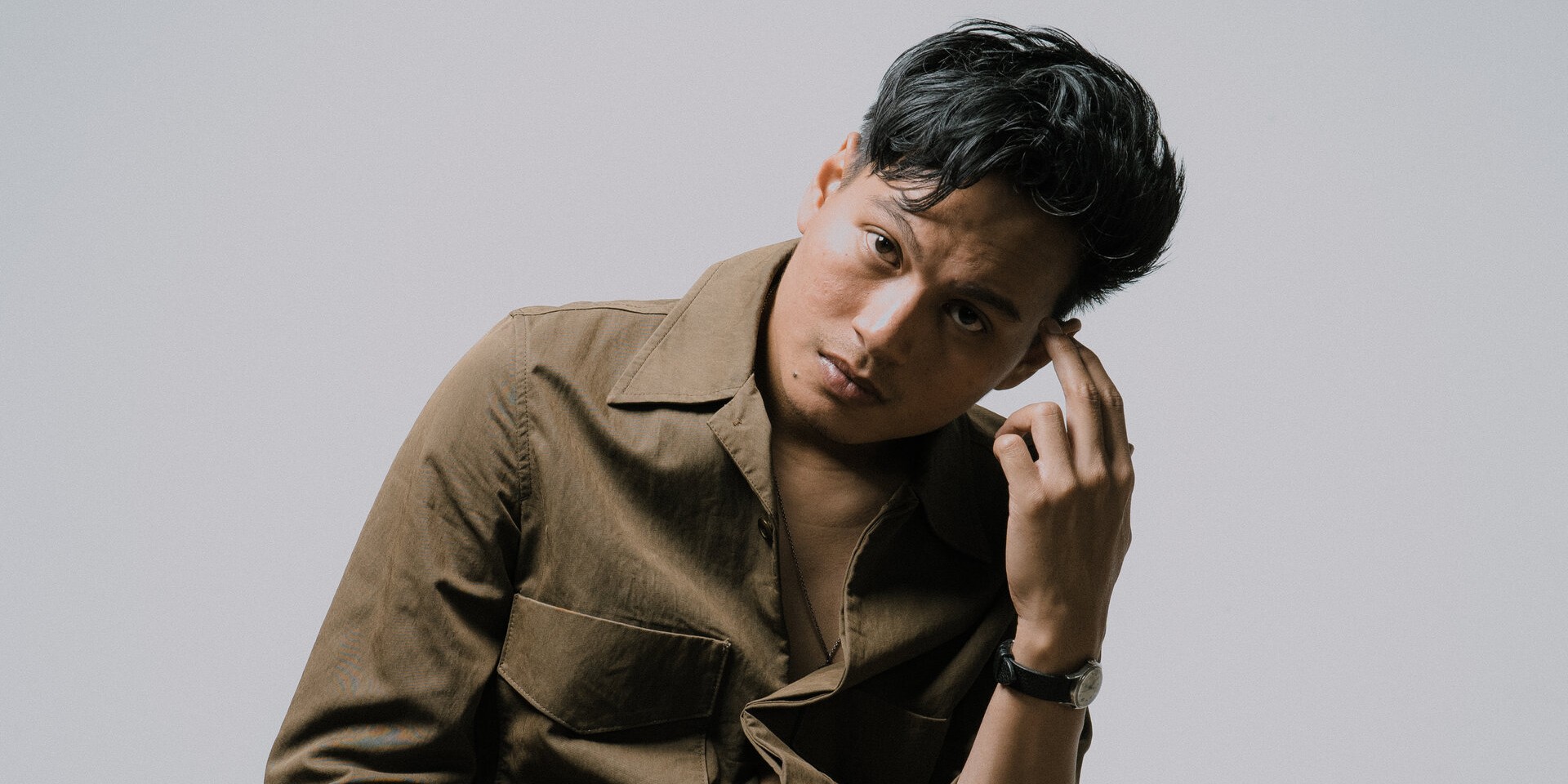 Some people are just destined to do music, and one of them is Rendy Pandugo.

Born and raised in a musical family, the Indonesian singer-songwriter developed a love for music at a young age. An ever-present force in his life, music was a form of self-expression and a creative outlet for the talented artist.

"Music is the way I fantasize and express myself. It’s how I express my fantasies and daydreams, maybe because I’m also an introvert, so instead of just saying it, I interpret and express them through my music," Rendy tells Bandwagon. 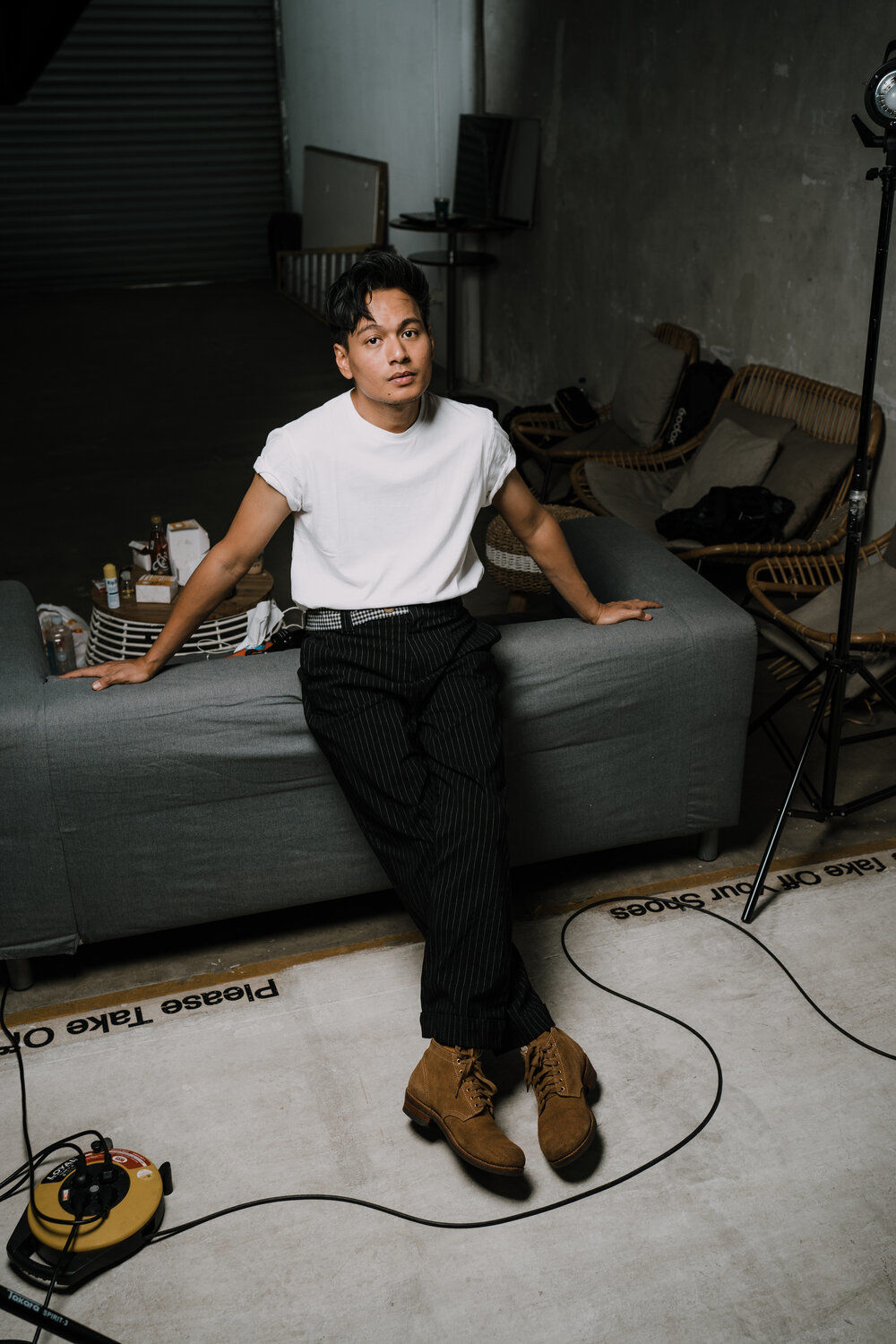 As with any aspiring musician, Rendy's musical journey started online, posting covers of popular songs on SoundCloud in hopes of sharing his talents with anyone willing to lend an ear. The singer also joined a band in high school where he ventured into the realm of songwriting, writing tracks inspired by young love and teenagehood.

Before pursuing a solo career, Rendy was actually on his way to becoming a band vocalist in 2010. "Before I began my solo career, I was in a band called 'Duo Dida', one of my earlier projects. Before I put our demo into a label, I thought we would have another vocalist for this project, but, turns out the producer actually loved my voice and said my voice really suits the song, And that's how it all started until I finally became a singer," says Rendy.

Since then, the 35-year-old has been moving up the ranks of Indonesian music, grabbing people's attention with his heartfelt music that hit close to home.

Sincere, soothing, and reminiscent of serene sunrises, Rendy's discography is a beautiful blend of acoustic pop, blues, and folk music that just has a way of touching your heart.

"I just hope my listeners could enjoy the music that I made whether it’s related to their lives or not. I hope that either way, they still can enjoy and have fun with my music," says the 'Heaven' act.

Rendy officially debuted in 2016 and released his first-ever album The Journey, a heartwarming record about his dreams and aspirations, the following year. The album details the singer's journey towards his dreams, taking inspiration from the experiences and memories he's had through the years.

Until today, The Journey is still one of Rendy's most highly-acclaimed records, with tracks like 'By My Side' still resonating with millions of people across the world four years later.

"'By My Side' is my most popular song and I think that's because this is a love song. It’s a very light song and the story is easy to understand. The story behind this song is actually based on a true story about the relationship between me and my wife. One of the songwriters, Gabriel Mayo is also one of my close friends, and he helped write the lyrics for me. I think that’s one of the fun facts of this song, and that it’s kind of a special and personal song for me," says Rendy.

Following the release of The Journey, Rendy has gained immense success and is often cited as one of the most promising acts to emerge from Indonesia. In the last couple of years, the singer-songwriter has gotten to perform on various festival stages across the country and region, including his biggest stage yet at Indonesia's Java Jazz Fest in 2019.

"My favourite memory of a live show was from Java Jazz. I was on the biggest stage and it was so amazing, there were a lot of people who watched the show  –  maybe almost thousands of people. It was my first time playing my piano in front of thousands of people! I was pretty nervous but it was really fun," recalls Rendy.

Rendy has also released a series of singles and EPs through the years, including a collaborative track with singer-songwriter Isyana Sarasvati and R&B act Afghan titled 'Home' that has garnered millions of streams online.

Most recently, the artist released his latest EP SEE YOU SOMEDAY, a six-track record "full of stories and memories, inspired from my own personal life and people around me".

Hey everyone, my newest EP "SEE YOU SOMEDAY" is officially released! Six tracks full of stories and memories, inspired from my own personal life and people around me. #SEEYOUSOMEDAY

Produced alongside some of his closest friends like Teddy Adhitya, Enrico Octaviano, and Petra Sihombing, SEE YOU SOMEBODY is a showcase of Rendy's greatest strengths as an artist – vivid storytelling and comforting vocals. Inspired by his and his friend's pre-COVID days, the EP serves as an ode to his fans who he hopes to "see someday".

"The idea of the title 'SEE YOU SOMEDAY' came because I really miss my fans, especially since I haven’t been able to perform live and meet them in real life due to the pandemic. I wish I can see them very soon but until then, I just hope that I can be there for them in other ways, through my music or social media," says Rendy.

Unlike many of his previous records and singles, SEE YOU SOMEDAY was produced in the comfort of Rendy's home studio.

Each track off of the EP takes from its own unique source of inspiration, whether it's his family for 'HOME', a conversation with a friend for 'MR SUN', his desire for a break for 'SEE YOU SOMEDAY', or his friends' love stories for 'SECRET', 'B.Y.L' and 'FAR'. The EP is a collection of stories, love notes, and memories that Rendy hopes resonates with his listeners.

Looking back at his musical journey so far, Rendy has a lot to be grateful for. Starting from his SoundCloud days to his latest release, the talented act is appreciative of every step and every fan he's gained along the way.

"I’ve faced so many challenges throughout my music career, such as being stuck in a comfort zone, having writer’s block, and many other challenges...Now, I feel like I’ve turned over a new page of my book for a new story."

I’ve learned and explored so many new things, and I soaked up all the words that I’ve found and reflected them in new music for my new works, and try to develop things more. That's how I’ve evolved. It’s a weird process at first but it's a fun one. 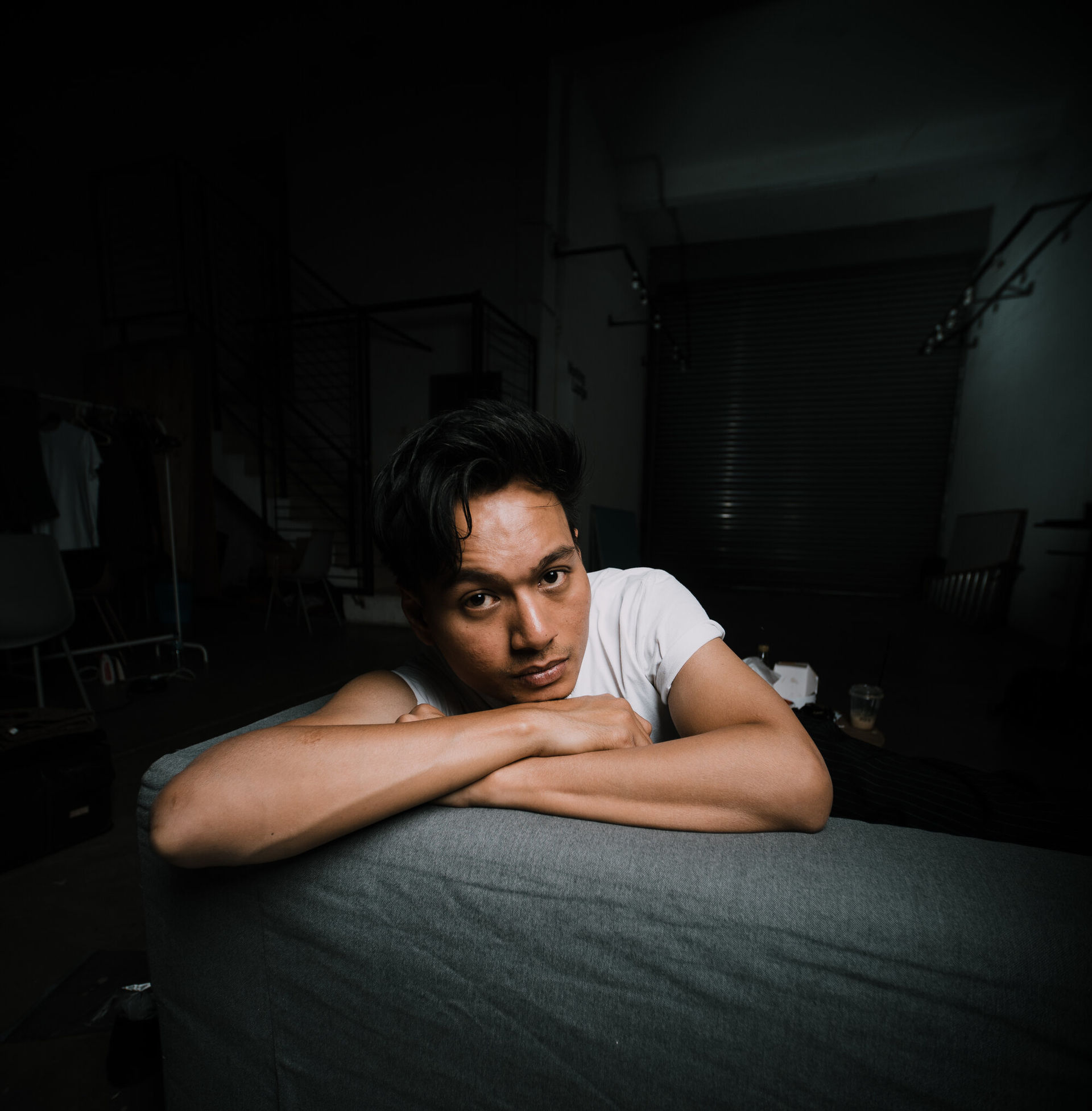