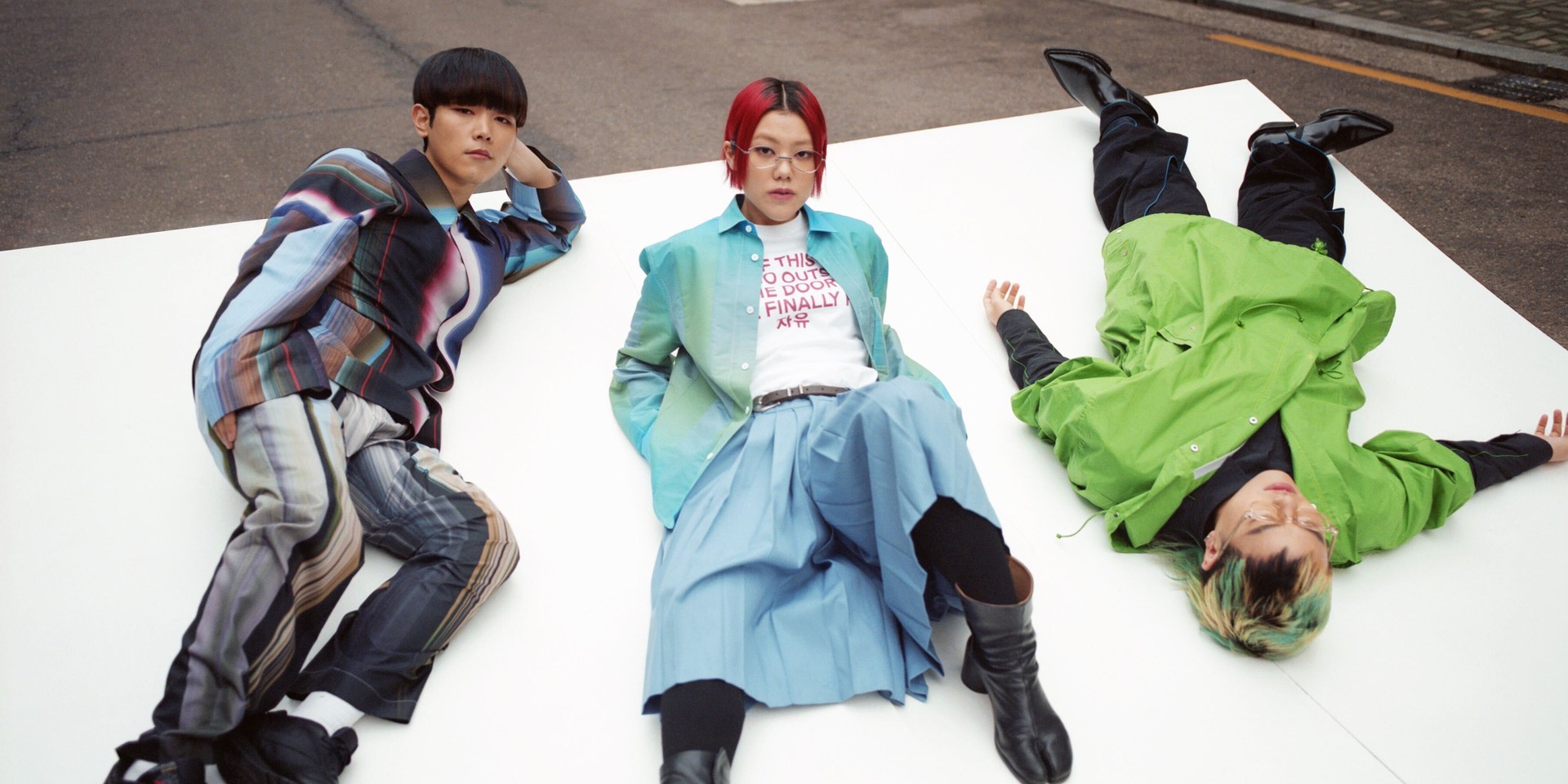 Unpolished, authentic and raw, SE SO NEON’s music transports you to late-night road trips with friends and warm afternoons where all you do is lounge around. A far cry from their bustling hometown of Seoul, the band’s laidback sound has become a mainstay in Korea's indie music scene.

Crossing varied soundscapes – from psychedelic rock to lo-fi, the band focuses on making songs that are honest to who they are, wanting solely to express themselves through their music.

“We want our music to be the reflection of what we'd like to express. We don't wish to make any particular impact on listeners. We're satisfied with being able to focus on what we're interested in expressing,” SE SO NEON tells Bandwagon. 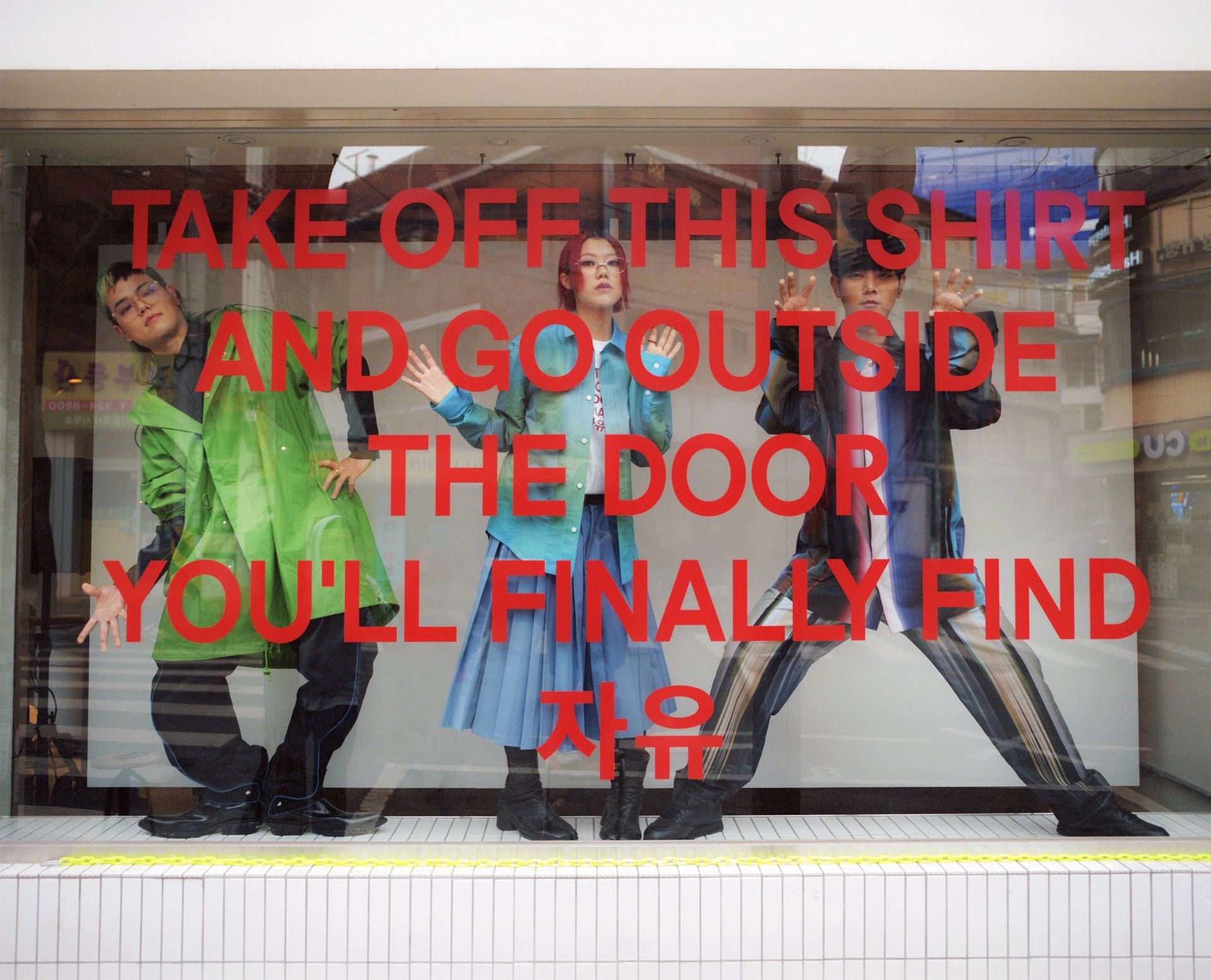 Originally formed in 2016 with members So-yoon, Fancy Moon, and Gang To, SE SO NEON represented the “new kids” on the block. Rocking the local music scene with their unique and distinct sound, the band caught everyone’s attention almost immediately.

They released their first EP Summer Plumage in 2017. A record that relay the themes of youth and innocence, Summer Plumage shot the band up the ranks of the music scene, even winning them the title of Rookie of the Year at the Korean Music Awards the following year.

“Summer Plumage is an album featuring tracks [that I] wrote when I was in high school. The words 'summer plummage' describes a bird's most dashing, vibrant feathers that grow between late summer and fall, after shedding worn out feathers from the previous season. Just like the word itself, the album contains a sense of pure heart and fresh youth that grow after casting off old feathers,” says So-yoon.

Building off the momentum of the band’s early days, SE SO NEON has continued to wreak havoc on the music scene, one track at a time.

Now, consisting of So-yoon (vocals/guitar), Hyunjin (drums), and U-Su (bass), the band has captured listeners from all over the world, even often being regarded as the face of Korean indie music.

“We're thrilled and amazed. We didn't specifically think of listeners from abroad while making our music, so it's quite a surprise to receive love and support from listeners from various countries. We'd love to meet them in person soon and perform live in their regions,” says the band.

Individually, the members come from musical backgrounds. Having all learnt different instruments as a kid, So-yoon, Hyunjin, and U-Su all pursued music after finding a love for the craft at a young age.

"Growing up, I was very committed to playing the guitar and listening to music that I'd like to make. Originally I was going to pursue studying film in college, but I got an offer to make an album from a record label and decided to change my path," says So-yoon.

"I started playing the drums when I was young. I listened to jazz, rock, and metal, got myself exposed to a number of talented artists from abroad. After graduating art school, I built my career by working as a session musician, playing the drums for a musical, and performing at a jazz club," says U-Su.

"I played drums at a church when I was young. I switched to playing the bass because people wouldn't notice my mistake on bass compared to making a mistake on drums which was so obvious. I had a lot of fun playing bass and then studied music in college," says Hyunjin.

The band has travelled all across the world together, sharing their music and uniting people from all walks of life. Previously, SE SO NEON has performed at Singapore's Baybeats Festival in 2019, Malaysia's Unlimited Grooves Festival and Germany's Reeperbahn Festival in 2018, the US' SXSW in 2020, and many more.

"I think my favourite was when we played at Baybeats Festival in Singapore in 2019. The audience in the front row were throwing themselves at each other while enjoying the show. It was so shocking and made a strong impression on me,” says U-Su, recalling his most memorable live performance.

“For me, it was during our solo concert 2020/NEON in December 2019. Thousands of fans turned on the flash on their phones when we were playing the track 'Se So Neon'. I was so moved that I couldn't even play properly,” says Hyunjin.

Despite all the bright lights and loud crowds, the band still relishes in the quiet moments. When asked what their favourite memory as a group was, they recalled a peaceful outing outside of Seoul.

“Recently, we went to Hyunjin's parents’ house in a rural area outside [of the city]. We had an outdoor barbecue session, grilling all sorts of meat. Hyunjin's parents cooked a delicious meal for us. Next time we'd love to have a sleepover there,” says the band.

Amidst the pandemic, the band has continued to share their music with the world. In the last year, SE SO NEON dropped their single '난춘 NAN CHUN', and their second EP Nonadaption.

Building off of the band's debut record, Nonadaptation reflects the doubts and thoughts associated with growing up and maturing. Narrating tales of existentialism while challenging the notions of normalcy, the EP questions what it means to be an adult.

Following the Nonadaption, SE SO NEON recently released 'Jayu', a song that serves a sigh of relief and realisation of freedom. Keeping to the band's ongoing theme of exploration and discovery, the track represents the light at the end of a long, dark tunnel.

"After releasing Nonadaption, I took some time thinking about what story to tell next. During this time, two questions lingered in my mind – 'how can I confront fear?', and 'what are the factors that make me feel whole at last?' While I searching for answers, I realized that thinking about and ruminating on freedom can alleviate fear. That's how the word 'freedom', in Korean we say 'Jayu', became the keyword for writing this song," says So-yoon.

The track is one of the many projects SE SO NEON has set for the year. While they wait to reconnect with their fans in-person soon, the band hopes 'Jayu' helps their listeners regain a sense of stability and strength following a year of wandering and uncertainty.

"The things we've lost and will find are far from the representation of the modern era and generation, we hope this song will function for listeners as a time to be reminded of their long-forgotten freedom."