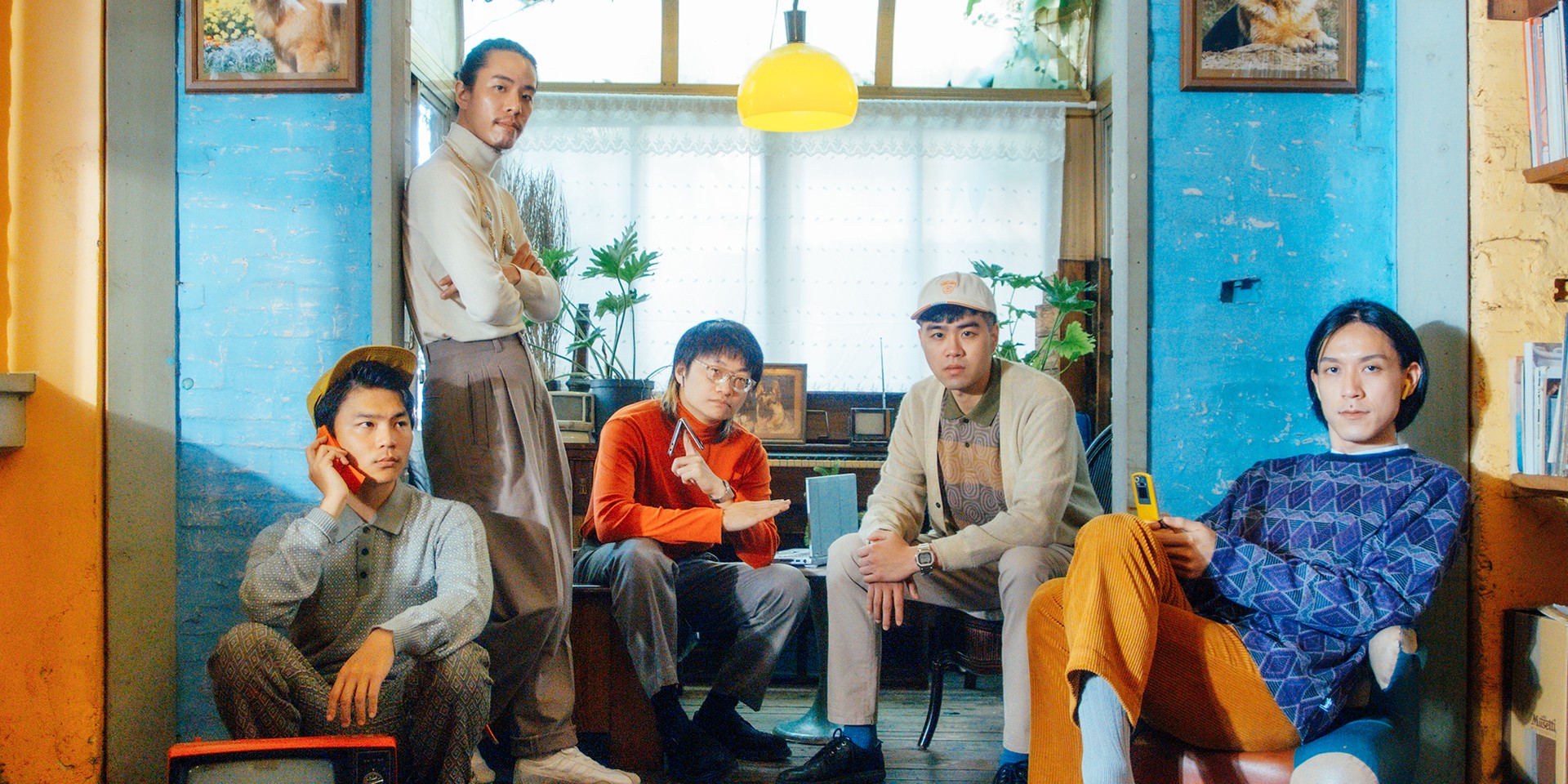 Sunsets and rollercoasters tend to emit polarly opposite feelings; the former radiates warmth and tranquillity while the latter is a rush of adrenaline. And yet, Sunset Rollercoaster somehow effortlessly seam the two together through their music.

In a blend of synth-pop and dreamy 80s-inspired sounds, the Taiwanese indie act has been making music that they perfectly describe as "bittersweet". Relaying stories of love and blossoming romance, the band's tracks are like a comforting blanket during a thunderstorm. 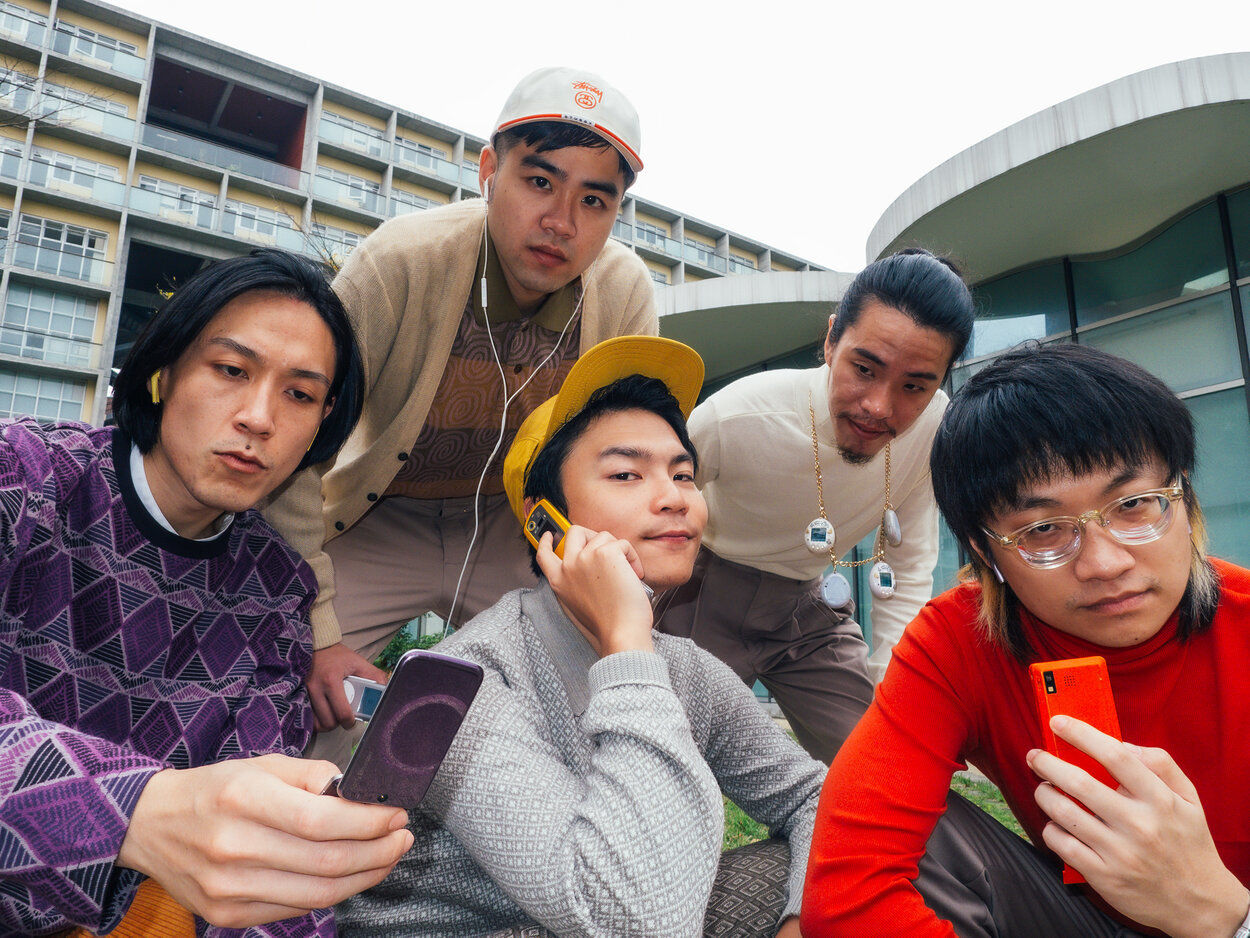 Hailing from Taipei, Sunset Rollercoaster started as "friends messing around with instruments and DAWs" in 2008, taking their name from a photo filter on Apple's Photo Booth. The band fully took form three years with the release of their first-ever album Bossa Nova before taking a four-year-long hiatus in the early 2010s.

Comprising of Kuo-Heng Tseng (vocals, guitar), Hung-Li Chen (bass), Shao-Hsuan Wang (keyboard), Tzun-Lung (drums), and Hao-Ting Huang (saxophone), the band returned to the scene in 2016 with their current lineup and has been releasing hit after hit ever since.

Sunset Rollercoaster made their long-awaited comeback with Jinji Kikko, a three-track EP that marked a new beginning for the band. Taking on a synth-filled soundscape, the record was a step in a new sonic direction that shied away from the heavily garage rock-inspired sound from their previous release.

A mix of soul and psychedelic music, Jinji Kikko is one of Sunset Rollercoaster's most successful records to date, receiving both local and international acclaim. The EP takes on a romantic sci-fi concept, narrating the tale of a couple's second chance of fixing their relationship through time travel soundtracked by a refreshing soundscape of synth-pop, funk and jazz reminiscent of retro American music.

The most well-received track from Jinji Kikko is 'My Jinjji', which roughly translates to "my baby" in the context of Jon Lucien, a soul singer from the 70s. Years after its release, the track continues to resonate with people all across the world, amassing over 32 million streams on Spotify and close to a million views for the song's newly released music video.

"We are lucky that the Internet world started to give us attention around 2016 after we released our EP Jinji Kikko, so we started to tour around the world, and we have loads of inspirations to make those fantastic memories and experiences into music," Kuo tells Bandwagon.

Bouncing off the success of the EP, Sunset Rollercoaster released their sophomore album Cassa Nova in March 2018. Following the story of its predecessor, Cassa Nova tells the tale of a guy in love with Jinji Kikko. The album takes on a new perspective of the love story fans fell in love with in the previous EP, while simultaneously expanding the band's funk and synth-heavy sound.

Most recently, Sunset Rollercoaster has been collaborating with a number of artists from all over the region, from Korea's Oh Hyuk from HYUKOH, to Thailand's Gym and Swim, as well as Filipino-American act Michael Seyer.

"To us, making music is like communicating with people, so collaborating with other artists is like having quality conversations, and we can share the talk through music to the world. It is like sharing our home special dishes of delicious foods, it’s different, fresh, exciting, and makes people happy," says Kuo.

The band collaborated with Oh Hyuk on 'Candlelight', and on 'Passerby' with Michael, both of which are from their latest album SOFT STORM, and while they worked on 'Don't Leave Me Behind' with Gym and Swim.

SOFT STORM is the band's latest release and their first attempt at a revamped sound they describe as "nostalgic futurism". The album was released in October 2020 and served as a glimmer of light during a dark, pandemic-ridden season in Taiwan's indie scene. Comforting, sweet and groovy, the record is a musical reminder of strength and empathy during a grim time.

Much like their previous releases, the album takes on a vivid concept - this time centred around the impact of storms on individuals and a longing for peace during the chaos. Inspired by their childhood memories of monsoon seasons in Taiwan, SOFT STORM attempts to connect listeners to one another as they take a journey towards a brighter future.

"It’s melancholic and calm, the music is like the quietness before the storm," Kuo on their latest record.

While Sunset Rollercoaster's early days were that of a literal rollercoaster full highs and lows, the band is just starting to make their imprint in the world of music. With fans from all corners of the globe and a discography unlike any other, the only way is up.