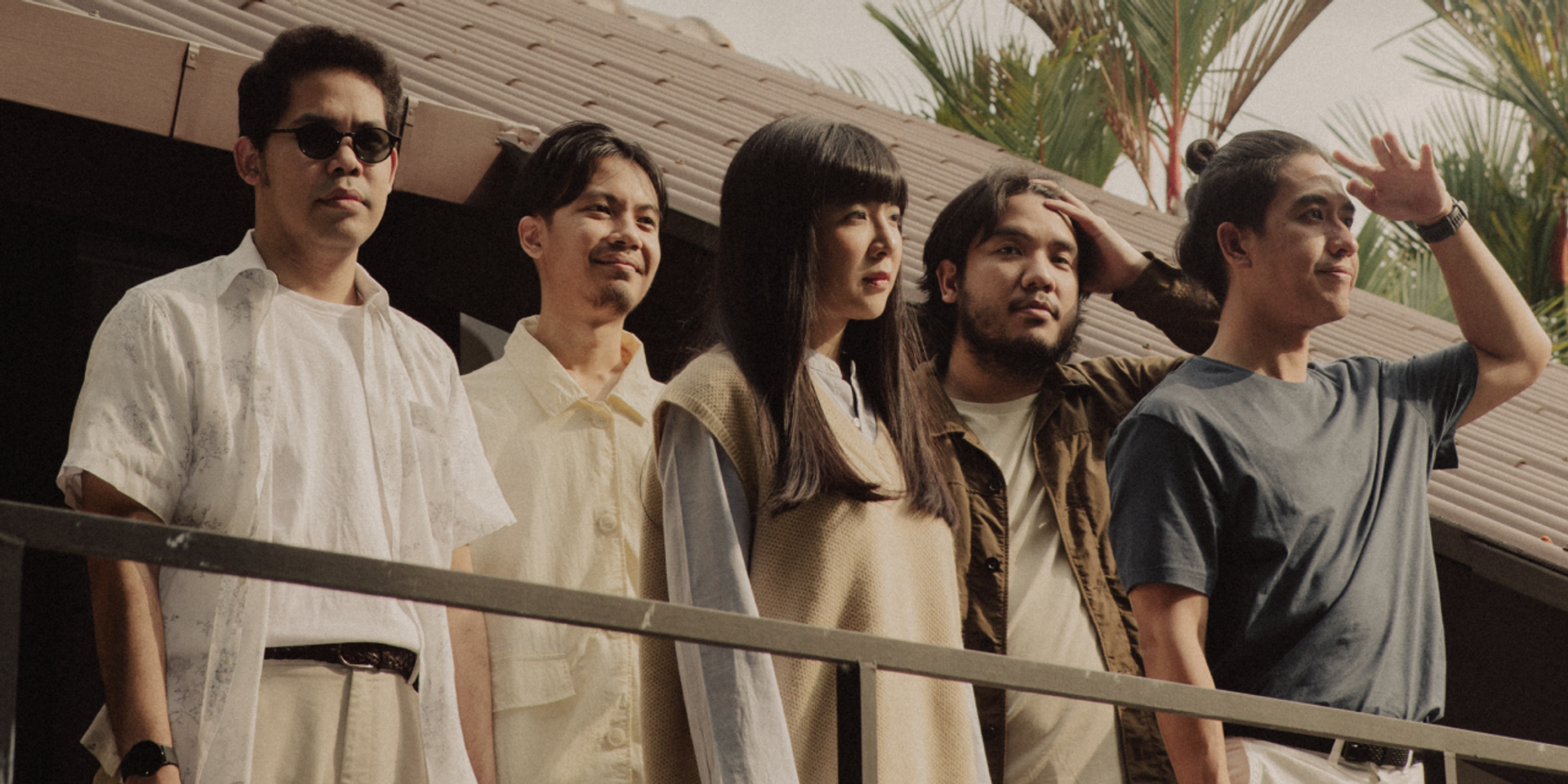 Summer dreams made of fresh coconuts, palm trees, and sunshine - Thai Indie-pop band Gym and Swim want to charm you with a sun-kissed summer regardless of the season on your side of the world.

With tunes bursting with energy, Gym and Swim's music lives up to their genre, which they fondly dub as 'tropical pop'. The spin-off retro pop and electropop pack a punch, just like a gulp of fruit juice under the blazing hot sun in Chatuchak's Weekend Bazaar.

Formed by Lerm (Vocals), Pong (Synthesizer and Guitarist), Hob (Bassist), Turk (Guitarist), and Mud-mee (Drummer), the quintet dived headfirst into the Thai alternative scene with their first full-length album, SeaSick, in 2016. With 11 tracks of easy-going tunes sung in English, Gym and Swim's music soon found a sweet spot in the hearts of many international fans around the world. 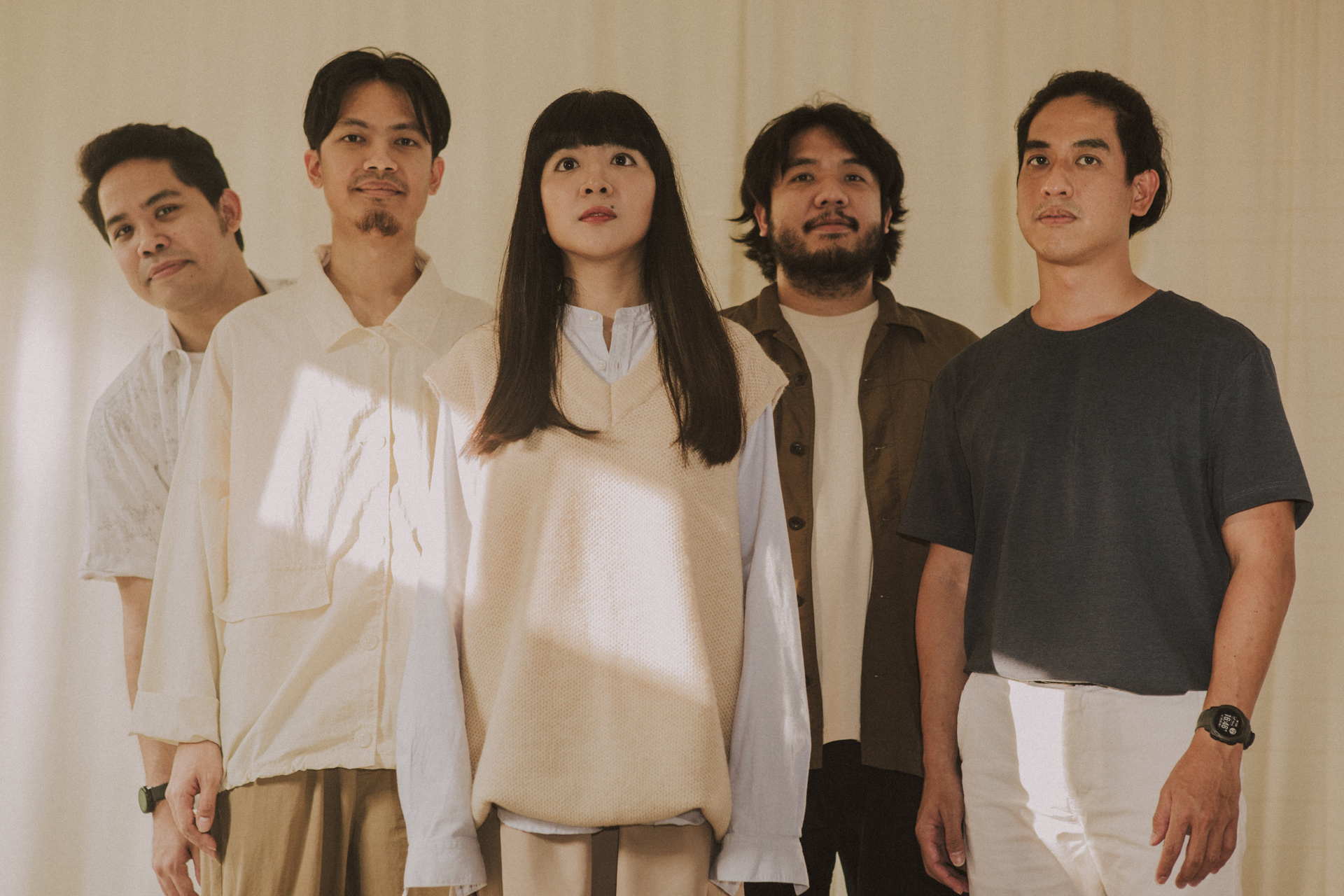 After the band began touring locally in Thailand, they made their first appearance abroad in Taipei in 2017, with renowned Taiwanese alternative band Sunset Rollercoaster. Following their Taiwan tour, Gym and Swim ventured to the rest of Asia, playing to audiences in Japan, South Korea, Hong Kong, Singapore, and more. Although their China tour was called off due to the pandemic this year, it is still no understatement to say that the band is one of Asia's rising gems.

Bandwagon caught up with Gym and Swim to talk about touring Asia, their friendship with Sunset Rollercoaster, and what tropical pop means to them.

How did you get into music?

The five of us came from different bands initially, including Seal Pillow, Plastic Plastic, The Leprosy, Details, and Merry Go Round. We met each other in the indie scene and became friends one day. After a long talk, we were all eager to try something fresh and different, so we decided to do a side project focusing on each member’s interests and music genres.

The band describes its music as Tropical Pop - what does that mean to the band and how does it translate into the music you create?

We think that the tropical sound is fun and easy to dance along in any weather, whether it rains or when it's hot as hell. Moreover, when we hear the word ‘tropical’, it feels like it is tingling with excitement. So, we added some elements in our music to make it more thrilling.

What genres of music are the band inspired by and who are some artists that influence your music?

All lively bands on this planet! We’re truly open to any kind of music genre. To be honest, we really don’t have a specific artist that influenced us directly.

Tell us about your debut album Seasick that was created back in 2016.

It was our first album so we felt so fresh and innocent, hahaha. We didn’t know much about how to make an album then, but we just intended to make it happen. At that time, we absolutely had no idea about the album name, so we agreed to look for some words about having fun or dancing in a dictionary. The word ‘Seasick’ popped up coincidentally at the last minute and it defined all we needed. Dizzy moves along the music seemed to be the perfect type of dance.

How did the band’s sound evolve in your 2019 EP, Amazing PingPong Show?

We’re all grown up and willing to make music a bit more seriously. However, we still kept our playful and cheerful feelings in it. We thought that it challenged us to keep a balance between presenting our maturity and our sense of humour through our music. By the way, it was such fun!

You worked on ‘Don’t Leave Me Behind’ with Sunset Rollercoaster, tell us more about the song and how the collaboration came about.

It is common that this song is known as a truly sad love song and about the protagonist whining to get the lover back. But there is a story behind the song which might kill all the romantics and sorrowful ones.

The truth is, Sunset Rollercoaster and Gym and Swim were good friends since our first tour in Taiwan and we played in the same show with them. It was a fun and wild experience (hahaha). A year later, Sunset Rollercoaster had their first Bangkok show on their Asia Tour. Again, we had a wild night party after the show and they missed the flight to Indonesia the next day in the morning. So, we decided to write this song and dedicate it to them. Basically, it’s an "Anthem of a Missing Flight".

How was it like playing abroad as compared to playing live back at home?

It’s totally different but the performances all are fun. Performing abroad is always exciting. It’s the perfect chance to meet new people and have new experiences, which became the finest source of inspiration for our next songs.

However, the audiences are quite different. Thai audiences prefer singing along more than dancing while the foreign audiences are more likely to dance and are more energized.

With your China tour cancelled due to Covid-19, how did you stay connected with fans during the pandemic?

During the pandemic, we connected with the fans via various social media platforms including Facebook, Instagram, and Twitter. We also did live streaming on our Instagram and posted content more often on other online channels. It’s quite frustrating and weird for us since we love to meet fans in person much more than staying online. However, we hope everything will be better and back to normal life soon.

What is the band currently working on? Are there any new releases for the rest of the year?

We are currently working on a new album. Hopefully, the first single will be released within this year and more in 2021. Please stay tuned!