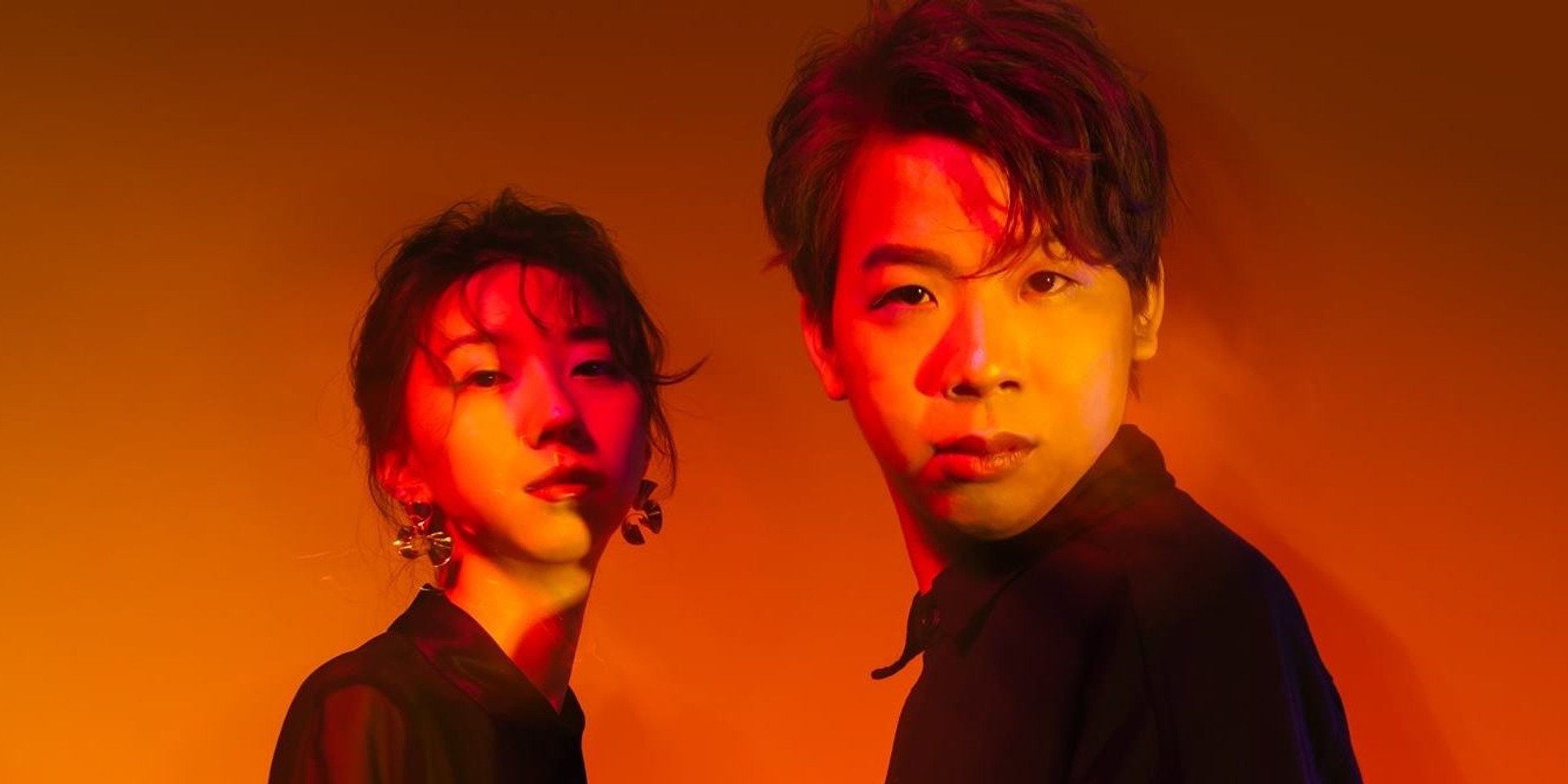 Delivering music as if it is a love letter to their listeners, Taiwanese indie duo 好樂團 Goodband hit all the right notes across a spectrum of emotions.

Goodband's songs are a good kind of temperamental -  On some days, storm clouds rumble as vocalist Wen Hsu (許瓊文) belts out the chorus "They say I'm a useless young man (他们说我是没有用的年轻人)"; after the pitter-patter comes to a standstill, the light, breezy acoustic guitar played by Ching (張子慶) enters the foreground, letting the innocence of teenage love take center stage.

"We hope to express our personal observations and experiences through writing songs and give our listeners a sense of companionship." 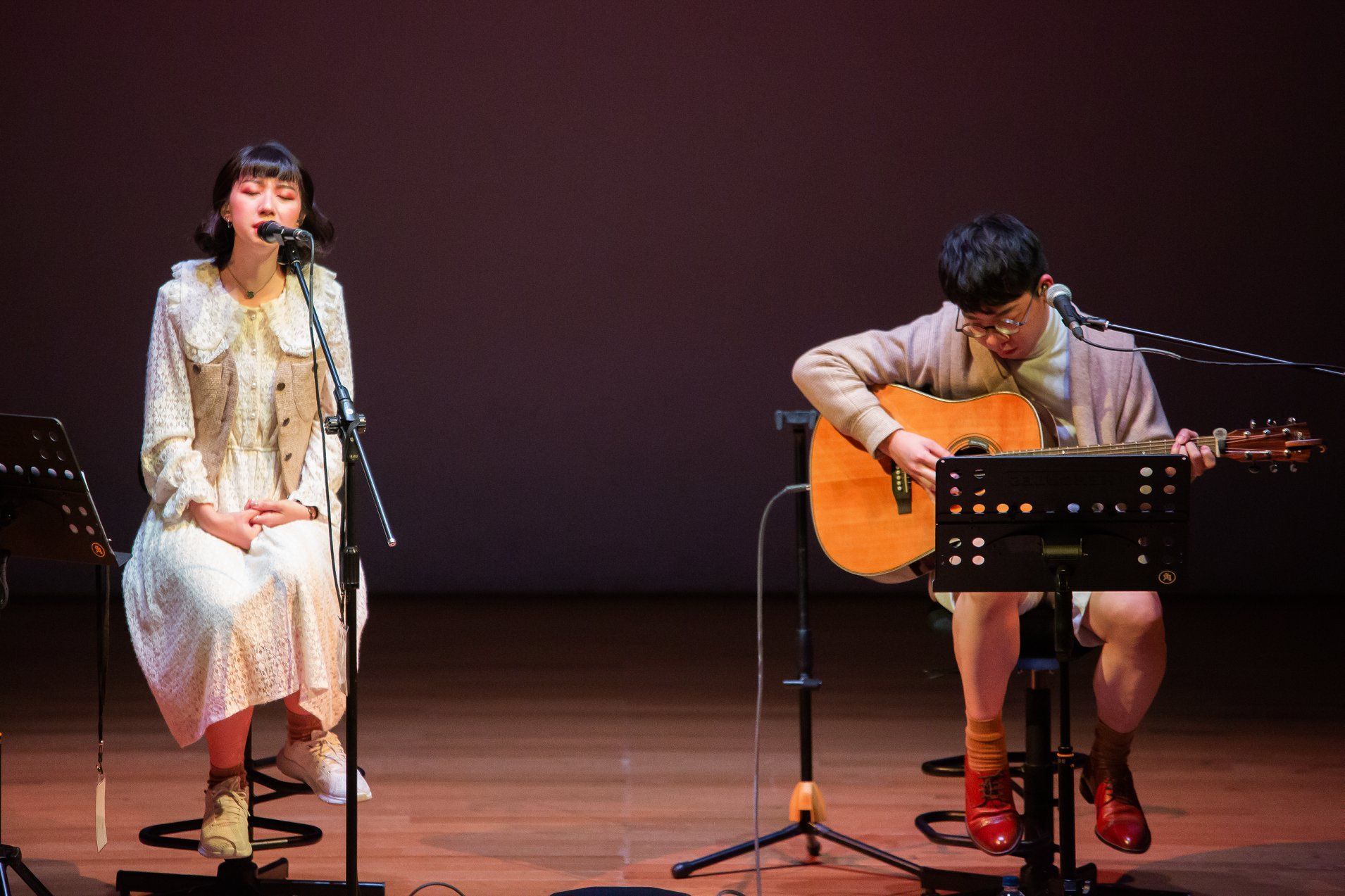 Five years ago, Wen and Ching forged a new path for themselves as Goodband. Individually experienced in songwriting and singing, they put their past jobs behind them - Wen left her marketing job and Ching discontinued guitar teaching to focus on songwriting and playing the guitar for the band.

Debuting in the 2015 Taiwanese indie scene which was already defined by the likes of Sunset Rollercoaster, No Party for Cao Dong, Eggplantegg, and more, was a tricky feat that could not be achieved without luck being on their side, shared Wen.

"Most people only know of the bands that are popular in mainland Taiwan, but there are many, many talented people in Taiwan who make impressive music. Yet, they vanish after being swept up in the currents of the music scene," Wen said.

The early days of Goodband saw the duo writing ballads depicting the intimate feelings of youth that are hardly put into words. Warm, tender, and straight-up emotional - their debut single 'Youth to You (我把我的青春给你)' is an ode to the nostalgic past and the fond memories etched.

While their similarly titled debut EP offered a rose-tinted glimpse of their thoughts, 2018 heralded a new phase for Goodband, with waves of melancholy cascading upon the duo. Their second EP, Leave Your Sorrow 把悲傷留在這裡, presented listeners with 27 minutes of pure acoustic guitar and vocals in four tear-jerking tracks. The single 'All We Have Is Pity (我們一樣可惜)' resonated well with fans through the recognisable chorus and the simplicity of the accompaniment together with the lingering heaviness in the air.

This year, Goodband broke out of their comfort zones with their latest single 'The Useless Young Man (他們說我是沒有用的年輕人)', exploring the anger and frustration faced by their generation. Ching shared that the song was an intended deviation from their previously happy and sad songs which focused more on their vulnerabilities.

"We never really knew how to express other feelings, until the day I realised that anger is an armed version of sadness," he said.

Starting off with stripped chord sequences on the guitar, listeners may gullibly presume that the song would fit among their gentler songs from their previous EPs. As the guitar crescendos into the pre-chorus and is joined by the pulsating bass, drums, and cymbals, listeners would be pleasantly surprised by the vocal prowess and musicality of Goodband that shined even more brightly than before. Gone were the carefree and fragile facades of Ching and Wen, instead, two individuals channeling their inner beasts in a defiant cry to be understood by society took their places.

"Personally, I feel that the most special element is the vocal technique. Among our recent works, this song is the most challenging one, hence I spent a lot of time analysing the vocal techniques, rhythm, and pacing. I hope we can simultaneously offer an expressive and skilled performance," shared Wen.

The band shared that 'The Useless Young Man''s popularity was unexpected, but they assumed that the story of the lyrics and the memorable tune were elements that resonated with many.

Inspired by the band's life experiences, the single is a representation of their generation’s journey towards self-fulfillment. After being constantly belittled in the workplace and talked down to by the older generation, they attempted to translate their adulting woes into their craft by unveiling their rebellious sides.

“Our problems change with the different phases of our lives, maybe after a certain period of time, things that used to affect us a lot may diminish in effect, but new problems may also arise,” said Wen.

“What we can do is to continue growing and learning, sometimes we might realise that it’s because we haven’t seen enough of the world.” 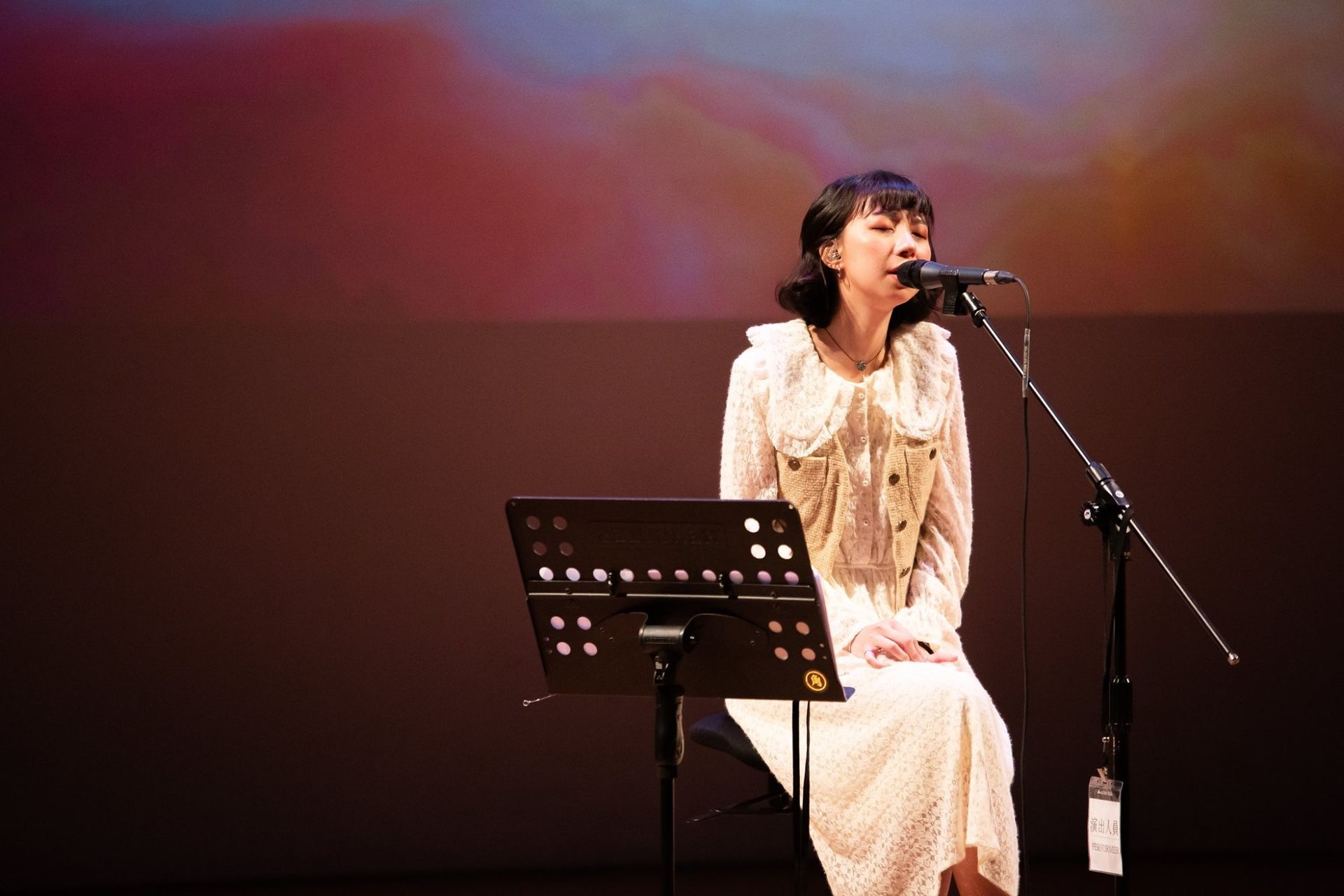 Ching, on the other hand, described the struggles of the younger generation akin to being a fish out of water.

“At the start, we would struggle violently to achieve our goals, but as time passes, we may stop chasing them altogether. Instead, we need to learn how to swim confidently in the ocean and adapt instead of finding opportunities to change," he said.

One of Goodband’s dreams is for them to connect with their Southeast Asian fans while touring the region in the future. Back in 2018, the band performed in Hokkaido and also filmed their music video for ‘All We Have Is Pity’ there. While witnessing snowfall for the first time in Japan was a delight for the duo, they shared that their Japanese fans connecting with their music beyond language barriers left the deepest impression on them.

“Despite most of the Japanese audience not understanding our lyrics, they were still able to relate to the emotions attached. After our shows, some of them even shared with us what they’ve felt from the songs and it actually happens to be what we set out to achieve,” said the band.

With 'The Useless Young Man' affirming their place in the local scene as dynamic and versatile musicians, Goodband have just begun their journey into the unknown. The pandemic saw Wen and Ching taking time to re-evaluate their personal values and learn more about themselves and they hope to establish in their music as well.

“We got to take some time off individually, reflect on everything in our lives so far, and listen to our inner voice. After that, we want to bring deeper and more diverse songs to our repertoire,” said Ching.

"The best part of being in Goodband is to share our discoveries with everyone through live performances and making music with friends."

Listen to GoodBand’s third EP At least I want to feel the same as you 至少我想感同你的身受 here: