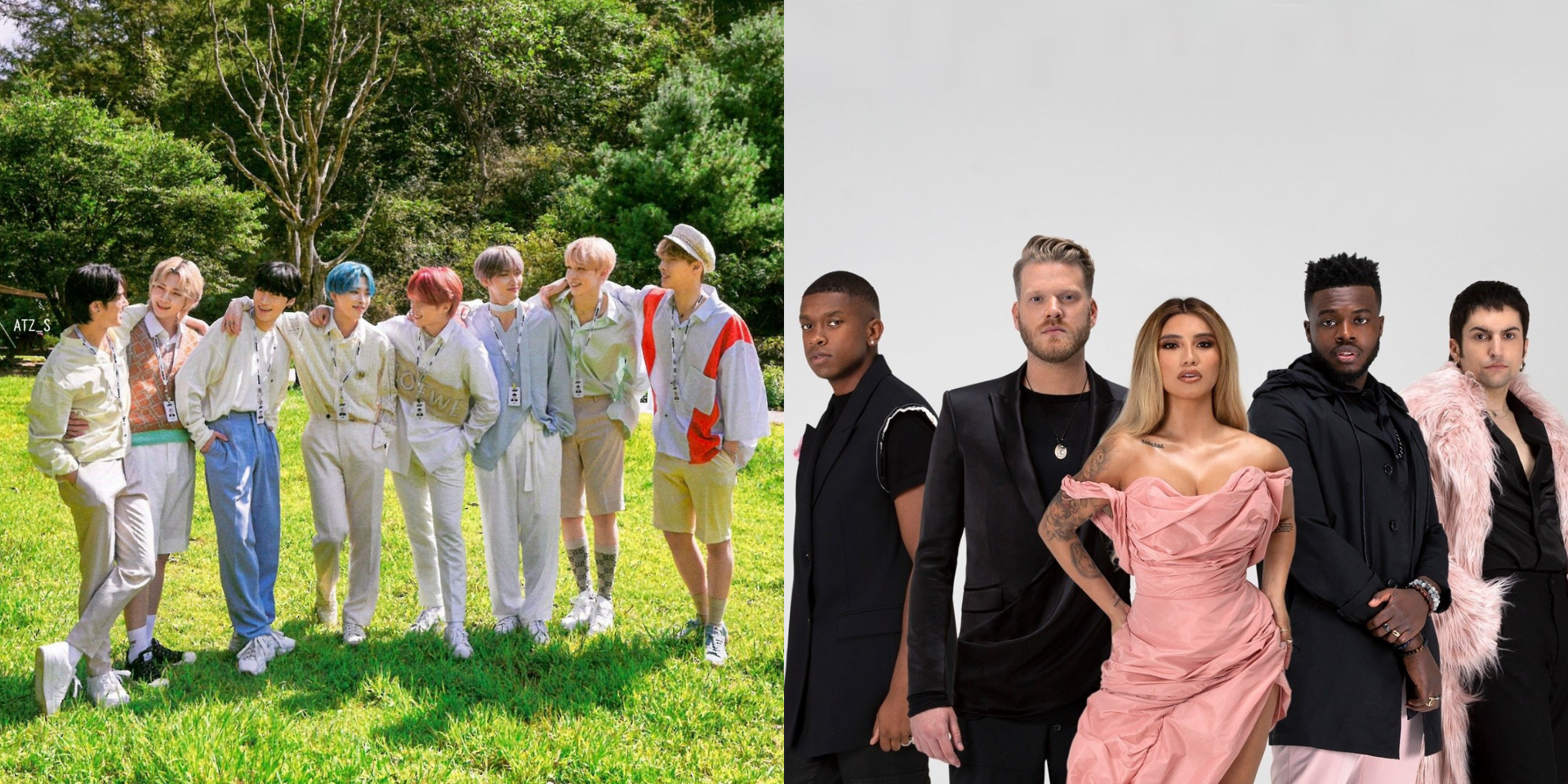 Rising K-pop act ATEEZ has collaborated with Pentatonix for a new song!

Titled 'A Little Space,' the track was released on 20 August.

The American acapella band also posted a teaser for the song's music video, which is slated for release on 20 August at 10AM EST (10PM SGT/PHT). Apart from the members of Pentatonix, ATEEZ members San, Yunho, and Jongho can be seen singing along to the upbeat track.

Pentatonix first teased the collaboration by posting a photo on Instagram with the silhouhettes of ATEEZ's San, Yunho, and Jongho.

The caption of the post read "A Little Space ft. ???". Comments were immediately flooded with mentions of ATEEZ as fans recognised their distinct shadows.

According to Naver, Pentatonix were the ones who reached out to ATEEZ for the collaboration.

Pentatonix first gained fame through their covers on YouTube, where they have more than 19 million subscribers. The group released their latest album,The Lucky Ones, in February this year after they concluded their world tour in 2020.

Since their 2018 debut, ATEEZ have quickly become an act to watch out for in the K-pop scene. Their most recent release was a collaborative EP with Running Man star Kim Jong Kook, Season Songs, as well as a Japanese single album titled Dreamers.

Listen to 'A Little Space' here: