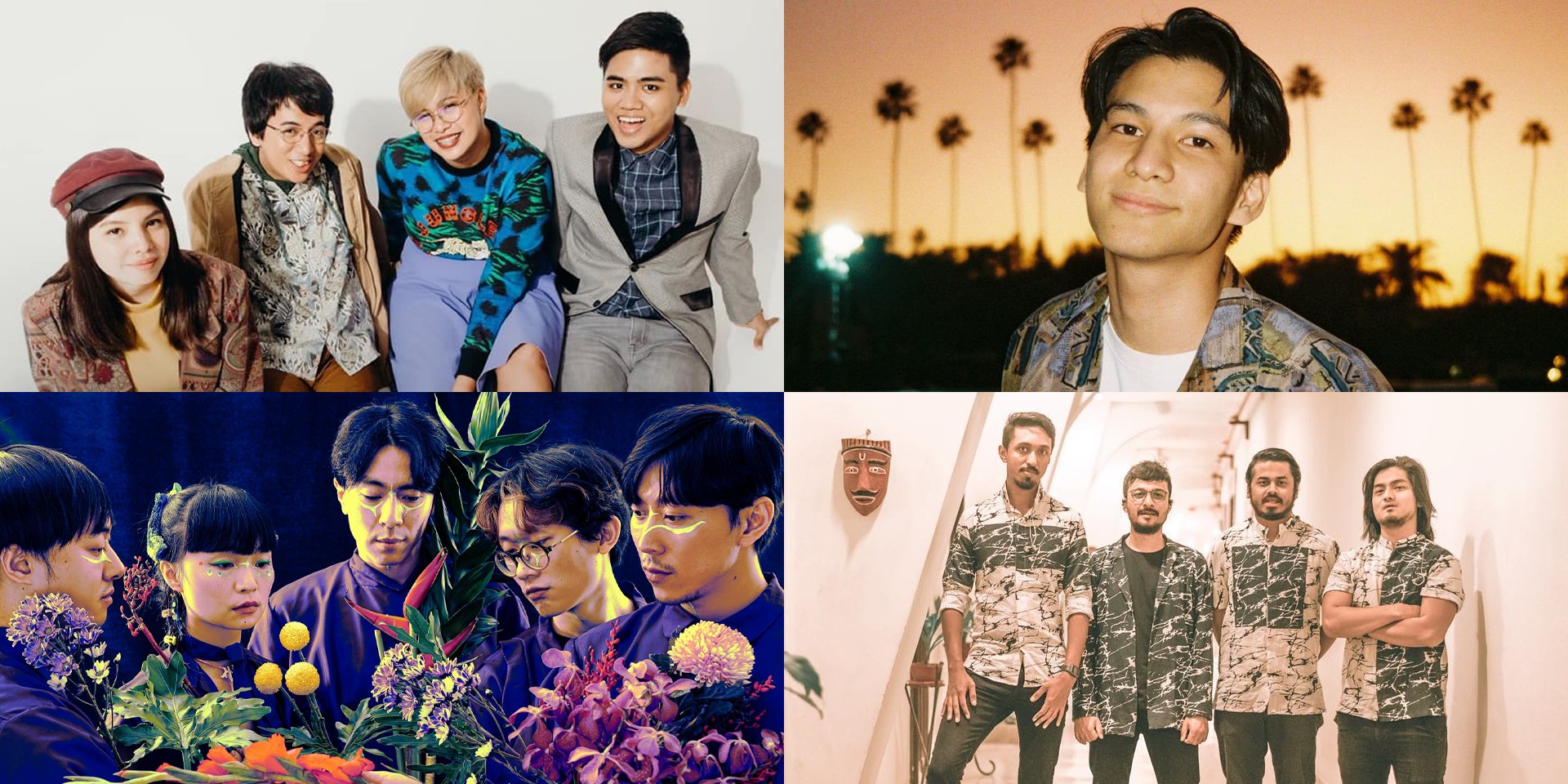 There's nothing like getting up close and personal with your favorite bands and artists. Since 2011, Audiotree has been offering music fans around the world the opportunity to experience live music through intimate studio performances from the comfort of their homes.

Through their platform, Audiotree has showcased the likes of Waltzer, Hit Like A Girl, femdot., Textures, and many more, delivering a wide array of picks from across the spectrum of music with no cost to the artists.

Here are nine Asian acts that you should catch on Audiotree Live:

Subsonic Eye serves as one of the mainstays of Singapore's music scene. Known for their tracks 'Cosmic Realignment' and 'Sun Kissed Skin', the indie rock band have made their way to stages all over the region. In their Audiotree performance, Subsonic Eye come to terms with their place in this crazy world with 'Fruitcake', a single off of their latest album, Nature Of Things.

Relive the raw power and angst of Singaporean mope rock/post punk quartet The Caulfield Cult from their days dominating the Western European scene with their 2016 set from Audiotree Live. They check off 'Ditch' from their Half Empty EP as well as 'Everyone But Me', 'Leaving Cemetery Junction', 'Etched', 'Nothing Works Out In the End', and 'Burden'.

Singaporean instrumental math rock act Sphaeras didn't let themselves get stuck in their small insland. With their music, they transcended overseas to collaborate with the likes of Brazilian math-rock act Odradek. For their Audiotree Live performance,they play 'Nomads', 'Some Decaying Matter', 'Delorean', and 'Dewgng'.

Indian post-rock band aswekeepsearching made their rise in 2014, spreading positivity and hopefulness like wildfire to their listeners worldwide.

Their Audiotree International performance features a 360-degree video of 'In Circles' and 'A Night In Zottegem' and 'B-303'.

Prairie WWWW (the four Ws are muted) take their poetry and experimental rock/folk sound from the island of Taiwan to the rest of the world. Formed in 2010, the 'Formosan Dream' act borrow inspiration from nature as they fuse sounds and visual arts in their performances.

Jangar hold up the megaphone to voice out about local politics and social issues, environmental movements, parties, and urban legends with their brans of heavy rock. Hailing from Denpasar, Bali, Indonesia, the 4-piece band play their loud and fast two-part 'Haerath' jam on Audiotree International.

Stars and Rabbit have been blessing the world with their magic and folk sound since 2011. They have since released their latest record Rainbow Aisle in 2020.

Oh, Flamingo! made their Audiotree debut on February 4 (Thursday) at 12 midnight (PHT/SGT), where they performed tracks from their Volumes EP after their planned tour failed to go through due to the ongoing coronavirus pandemic.

To spice things up for their performance, the Filipino rock act recruited Myk Casem (of Myktography), Kevin Padilla, and Angelo Se as part of their crew to deliver an impressive, purely DIY performance.

"We rented out a friend's home studio for a whole day," Oh, Flamingo! tell Bandwagon, sharing how they pulled off their set in the midst of a pandemic. "We tried to keep the staff as limited as possible to limit possible viral exposure."