September is the busiest month of the entertainment calendar in Singapore – and not just because of the dizzying thrills of the F1 weekend. Just as turbo-charged are the flagship All That Matters and Music Matters Live (MML) events. The former is Asia's leading sports and entertainment industry conference and brings some of the titans of those related industries to Singapore for a week-long meeting of minds and exchange of ideas. And while that happens during the day, at night, Music Matters Live, Asia's premiere independent music festival, unspools.

Back for its 14th edition (9th in Singapore), the MML lineup shines a light on some of the most exciting emergent artists from more than 15 countries across Asia and beyond, over a run of more than 100 shows across various venues – all for free.

Bandwagon will also be lifting the veil on this wealth of undiscovered talent with our specially curated and internationally-minded stage, wherein six acts will treat the audience to their gifts. Music transcends trends, genres and the fickleness of the zeitgeist – as with MML as a whole, the acts on Bandwagon Stage will testify to that truth.

Get acquainted with the six acts below. 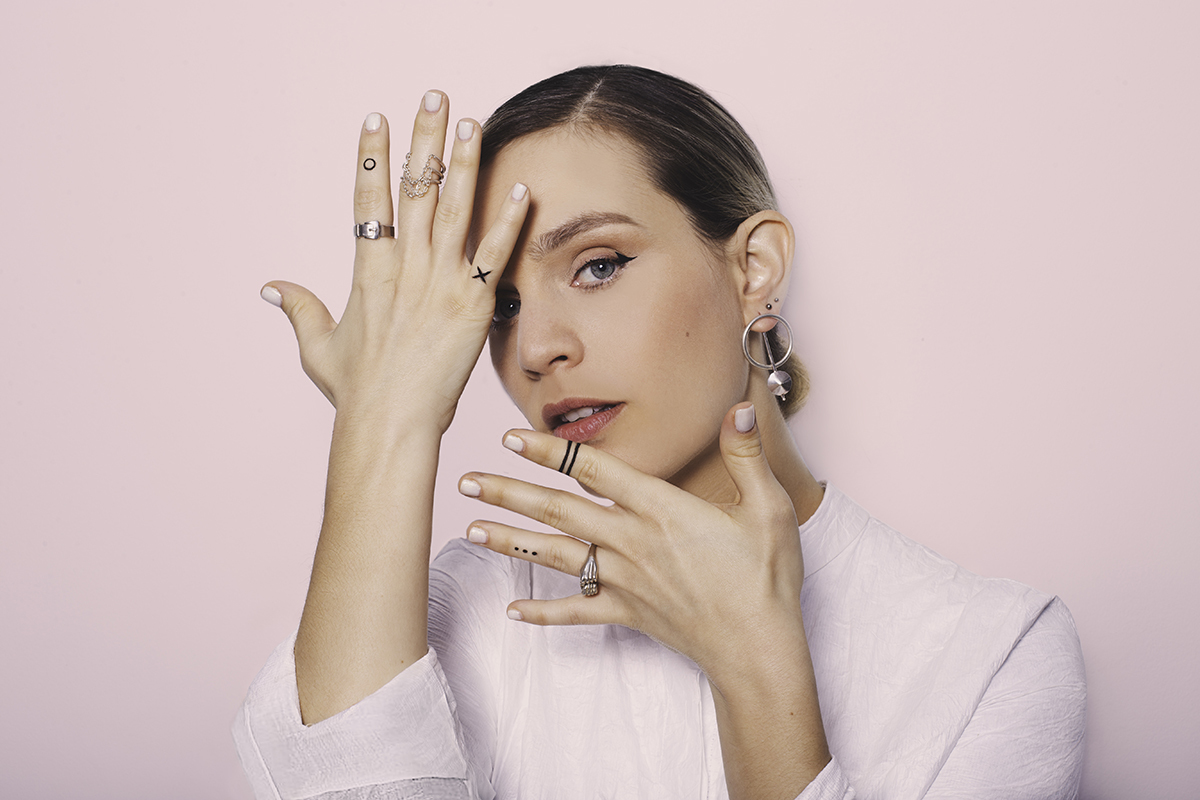 After a stand-out performance at the Baybeats Festival in 2018, the Israeli singer-songwriter and producer will return to the Lion City for Music Matters, and will grace the Bandwagon Stage for what is sure to be an unforgettable performance. Earlier this year, she released her latest album, Everything Happens Only Once, and has further cemented her legacy as one of the brightest musicians to come out of Israel. Combining intricate songwriting with touches of electronic music, Totemo has crafted a sound that is uniquely hers. Her music is great on record, but even better when heard live, as you feel the bass bounce off your skin and light synths sink into your soul. 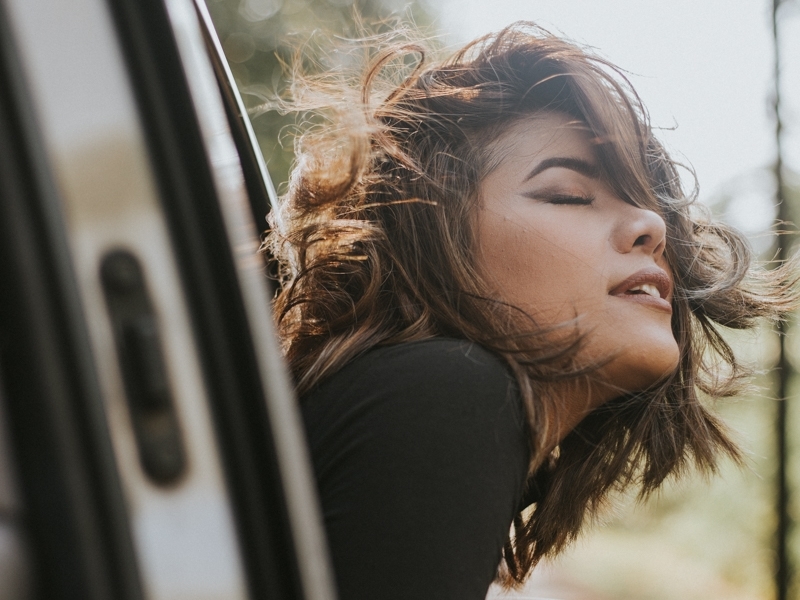 Keiko Necesario is an electro-folk singer-songwriter from the Philippines who takes inspiration from artists such as Taylor Swift, Daughter, Nat King Cole, Joan Jett, and Barbie Almalbis. She got her start in 2012 by joining the Philippine Popular Music Festival (aka. PhilPop), on which she emerged a finalist. In 2015, she released her self-produced debut album, Through It All, which further solidified her standing in the Filipino music scene.

Since then, Keiko has garnered over 10 million streams on her digital releases, worked with artists such as Quest, Dane Hipolito, and Clara Benin, and soundtracked movies such as Ang Babaeng Allergic Sa Wifi (The Girl Allergic to Wi-Fi) and Nakalimutan Ko Nang Kalimutan Ka (I Forgot to Forget You). On top of that, her work has also been featured by publications such as Bandwagon, Billboard and Inquirer. 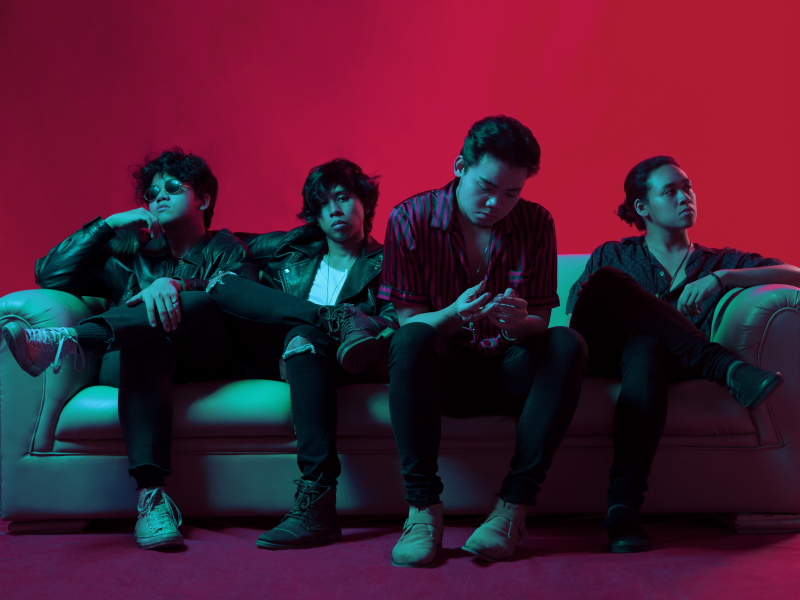 Hailing from the Philippines, One Click Straight is a pop rock band consisting of brothers Tim, Sam, and Toffer Marquez along with childhood friend Joel Carter. The group caught the eye of Filipino music icon Ely Buendia and was signed to his label, Offshore Music. In 2018, One Click Straight released its debut album The Midnight Emotion – a record tinged with synth-pop and indie rock hues.

One Click Straight’s latest release is its first Filipino single, ‘Manila’. In a statement, the band revealed that the song “is about finding the identity you may have lost along the path of life”. Notably, the music video for ‘Manila’ also co-stars Ely Buendia. This highly visual band takes a unique and honest approach to its music, imbuing vintage sounds with a modern, youthful feel. 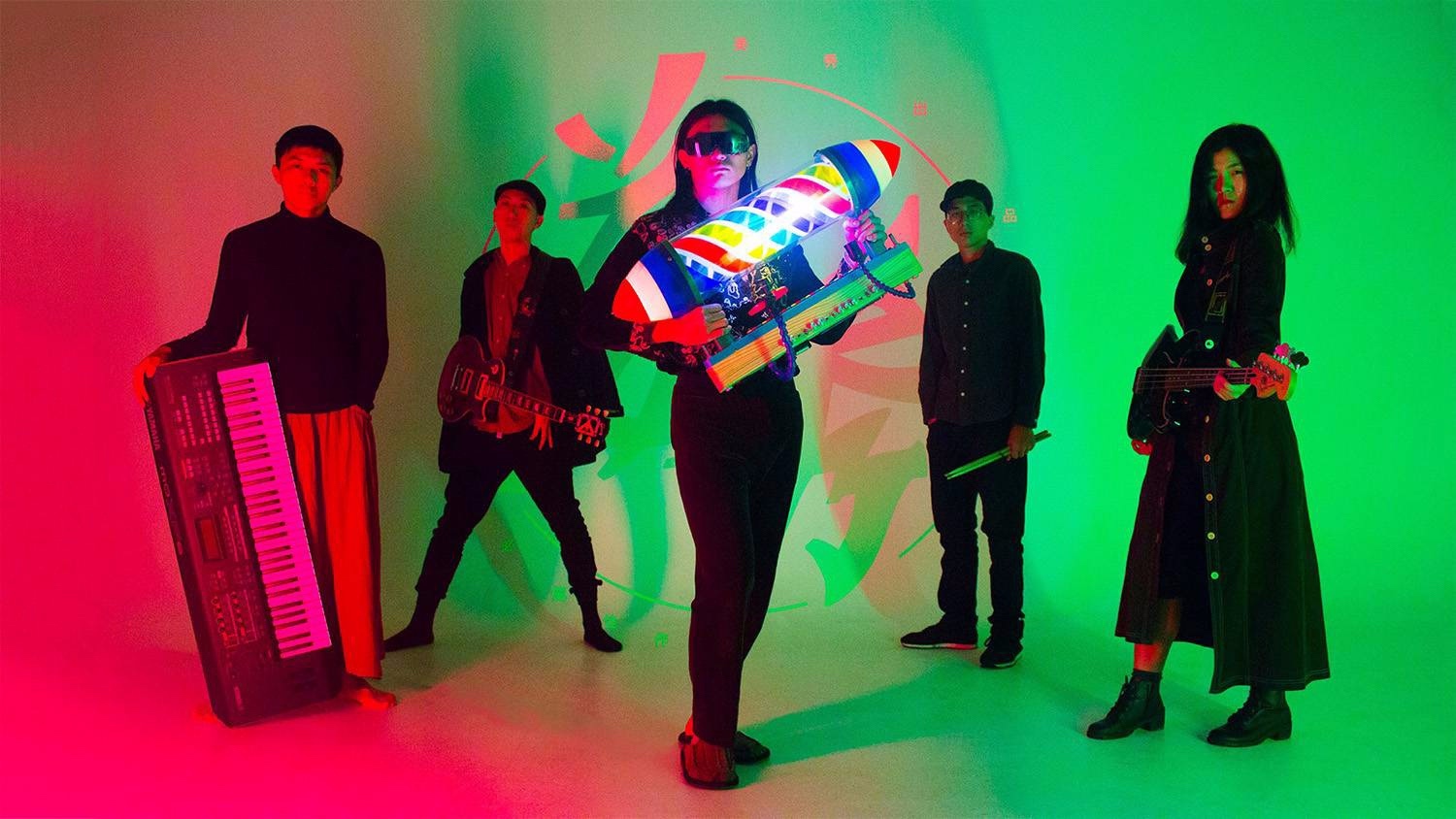 Meet Amazing Show, aka Bisiugroup, a Tai-Ke rock band from Taiwan will close out the Bandwagon Stage at Music Matters this year with a bang.

Known for crafting its own instruments, and its loud, and attention-commanding music, the band combines elements of rock, funk and experimental music to create a sound that simply cannot be ignored. The band has garnered a loyal following in its hometown, and has headlined multiple festival bills, including a New Years countdown party. Like the music it plays, the band’s energy onstage is electric and unrelenting. To cap off what will be an incredible night of live music at the Bandwagon Stage, there’s no other band we’d rather rock out to than Amazing Show. 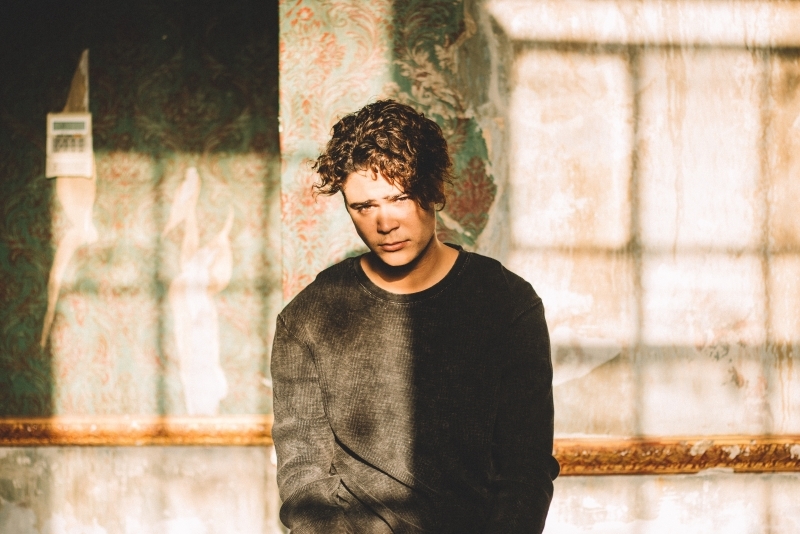 Jakob Delgado is standing tall and proud. After winning hearts on the season 7 of The X Factor (Australia) as part of the boy band In Stereo, he has since blossomed into a solo artist, finding a distinct style in the sweet spot of R&B, pop and hip-hop. What he brings to the table is a soulful croon, one the that is stylistically nimble, able to evoke the earworm-ready canons of pop and channel them in his distinct expressive mode. This mix of emotional honesty and charm is apparent in his latest single ‘Lie’, a bassy R&B cut chronicling the push-pull tensions at work in a romantic relationship. 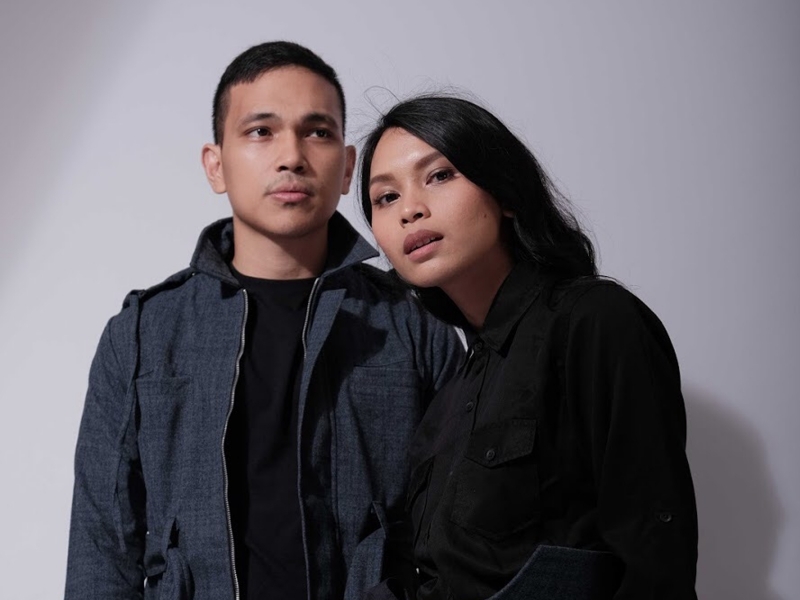 Simply put, the Jakarta duo of Reney Karamoy and Stella Gareth transcends what it means to make “alternative rock”.

Wearing your heart on your sleeve typically entails an earnest disposition that is its own reward. But this isn’t the case with Scaller. Next-level musicianship and emotional urgency are the constants in the band’s guitar-forward work, where cathartic swells of sound exquisitely convey the tremors of the heart. Live, this complexity is an even more monumental proposition, presenting, as it does, to the audience, a teeming soundscape to get elevated into.

Catch the acts on the Bandwagon Stage at Music Matters Live 2019 on Monday, 16 September, from 8pm onwards, at The Crossroads. Admission is free. Good music calls for great beer, and that’ll be flowing thanks to Singapore’s own Crossroads Brewing Co. who have brewed an exclusive beer just for Music Matters Live. Winners of multiple International beer awards, they will be showcasing this Lychee Pale Ale ($10 ea) alongside the very popular Lager ($12 ea) throughout the festival. 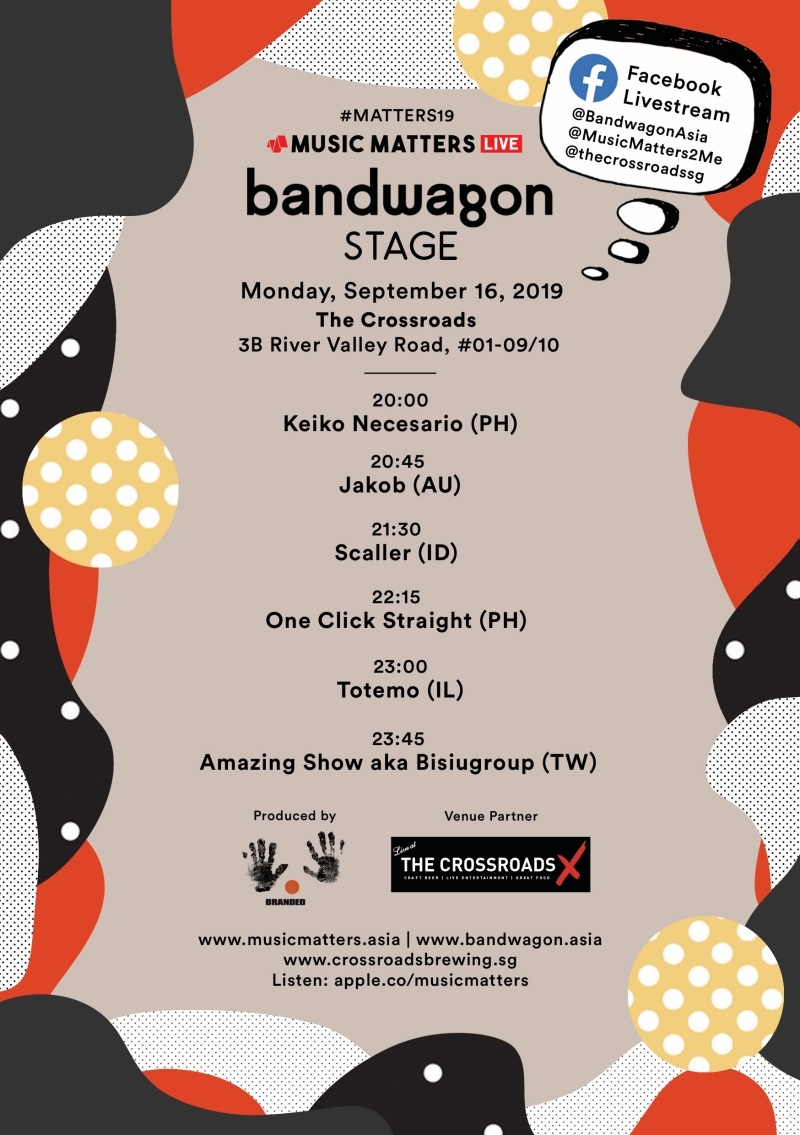