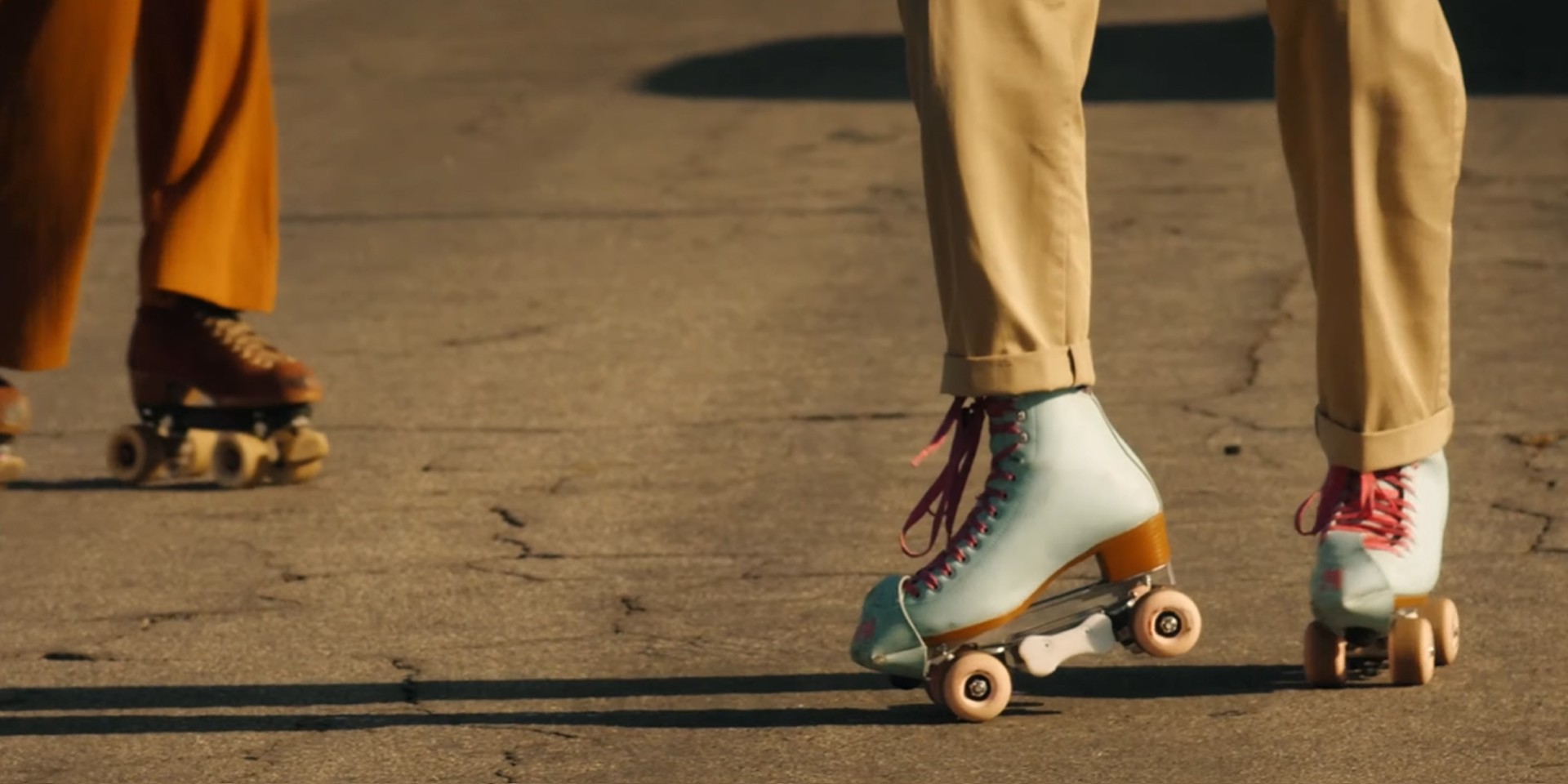 The wind blowing through your hair, the thrill of facing a downhill slope, the feeling of butterflies in your stomach—these are just a few things from Ciudad's new music video 'Turn Your Eyes' that make the world miss yesterday.

Teaming up with director Bia Catbagan and cinematographer Andrea A. Walter, the Filipino rock act took fans by the hand (virtually) to carve the streets of Los Angeles. The 'Turn Your Eyes' visual, tinged with warm shades of gold, brings forth this soothing sense of freedom and good vibes. We might've taken it for granted before the pandemic struck, but it's still worth looking back with a heart full of hope.

Bandwagon caught up with Ciudad's Mikey Amistoso and Bia Catbagan to talk about the skater-themed 'Turn Your Eyes' visual, what it was like working on it remotely during the pandemic, the big names who star in the video, and their plans for the rest of the year.

Tell us the story behind 'Turn Your Eyes' and why you decided to go down a skater-themed visual set in Los Angeles for it.

Bia: I directed a short film last year called Lightning and Mikey scored it, and in that short there was a skating scene. I pitched it to Mikey, and from a small idea, it got bigger.

Los Angeles is already a city that’s known for skate and surf culture, but when we put out a casting call for queers and people of color who can skate or roller skate, the response was overwhelming and we knew we had something special. What was it like working with Bia and the rest of the production crew?

Mikey: Bia and Andrea are the perfect director and cinematographer tandem. I consider myself blessed that I am friends with them (I got to know Andrea through Bia). We are fans of each other's works, and I am happy that I get to collaborate with them.

After scoring Bia's short film Lightning last year, I fell in love with her artistry. When she messaged me early this year offering to make a music video for any of my songs, I gladly accepted and sent her 'Turn Your Eyes', a song Ciudad was currently finishing at that time. I told her that I trusted her and that she can do anything she likes for the video, on the condition that it should be something she'd genuinely enjoy making, and something that would not be stressful for her.

She then turned this into her own passion project and brought the best people onboard, including Andrea Walter, one of the best cinematographers out there. I really tried not to get too involved (on purpose!) and just left both of them to do what they are good at. The next thing I know, I came upon a "casting call" in LA on Twitter for a music video for a band called Ciudad. It brought a smile to my face! In the end, they brought together a beautiful cast for this video, and spent a weekend with them capturing genuine smiles and good vibes as they were just skating around newly-reopened LA.

I heard the shoot was just a fun and chill day for the cast and crew. Bia had chosen the right moment and circumstances to shoot, everyone was just excited to be out and about again having a great day! We absolutely love the sense of freedom you were able to capture in the video. What was it like shooting 'Turn Your Eyes', also considering the ongoing pandemic?

Bia: We didn’t think a lot of people would come out for it but I guess since we’ve all been locked down for a year, people were so happy to come out and show off their skills on wheels. Some of the cast only just learned how to skate, too.

We kept shooting hours limited and outdoors, made sure everyone was vaccinated and felt safe, and only grouped together those who were in the same pod. But outside of that, it really felt like one big outdoor hangout with new friends. How much creative freedom were you given to create this video?

Bia: Mikey is an awesome collaborator—we talked on Zoom about what inspired the song and from there, I started dreaming of the visuals. I was heavily inspired by the opening scene of The Last Black Man in San Francisco: two friends cruising around a city that they love. Mikey was very supportive of our ideas and really let me play.

You have a pretty big and diverse cast of folks who work in front of the camera and behind the scenes of the entertainment industry. Tell us about how these people were gathered and why they were chosen to star in the visual.

Bia: Andrea and I, in our personal work, prioritize a diverse cast and it was only natural for us to want to cast POC and queer people. We put out feelers in our socials and reached out to our friends and just started scheduling people in. Working in America, we yearn to see more narratives outside of the usual straight white male lens and this is our way of normalizing queers and POC on screen. Can fans expect to see another collaborative effort from you?

Bia: I hope so! What’s your next song for us, Mikey?

Mikey: Let me score another film of yours first! Mikey: We're working on releasing an album on vinyl late this year. It's going to be our first album in that beloved format, so we're choosing to have our best songs in it. I believe 'Turn Your Eyes' will be in it! So it's like "The Very Best of Ciudad," but we're not going to call it that—It's hard to pick "best Ciudad songs" to fit in just under 45 minutes, we have too many favorites! We're probably just going to call it "Ciudad," since the selected songs in it represent what our band is about, through different phases in our career.

And yes, we will be writing more new songs this year. There are a few already in the works.