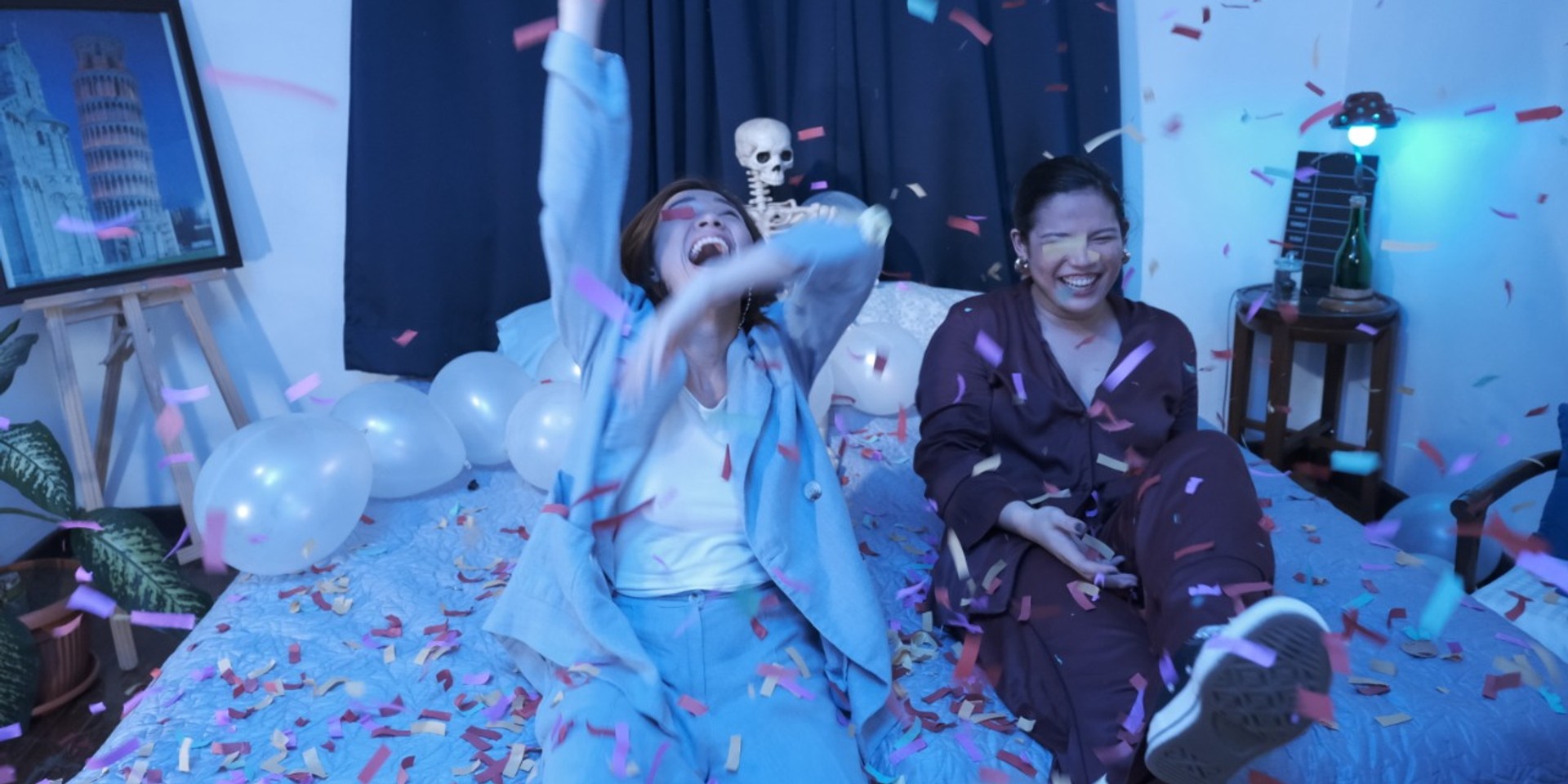 Leanne & Naara are back with a new sound and look for their next era.

On Saturday (10/10), the Filipina pop duo returned with the release of their music video for 'Keeping Me Up,' their latest single, which they'd written and produced during a songwriting camp in Sweden last year.

"Everything was done online and the only time we got to meet each other was during the shoot itself," Leanne & Naara share in a statement. "We pretty much laid out what the album is about and we also put together a Pinterest board to sort of give [Shaira Luna, 'Keeping Me Up' creative director] an idea of the look or feel that we were going for."

Bandwagon caught up with the 'Keeping Me Up' music video director MV Isip to talk about how the video was made during quarantine, the concept behind it, and

How did you conceptualize the new music video?

The girls are known for their relaxing, soulful voices, but this new track is such a dance-y pop song. Since it’s a new sound for Leanne & Naara, I wanted the video to reflect this reintroduction, too.

Shaira Luna, creative director for the video and photographer for the cover art, started things off with a color palette and some pegs from the girls. Offhand she shared that despite their serious sound, Leanne and Naara are actually makulit IRL. I kinda hung on to that and went into a concept that’ll show off this playful side of theirs!

How involved were Leanne and Naara in coming up with the concept and story for the video?

Leanne and Naara (and the Warner team, really) were very supportive and gave me free rein on the concept. I did ask for suggestions on the vignettes with Carl the skeleton (yes he has a name). Naara suggested karaoke night, which is now one of my favorite parts of the video! 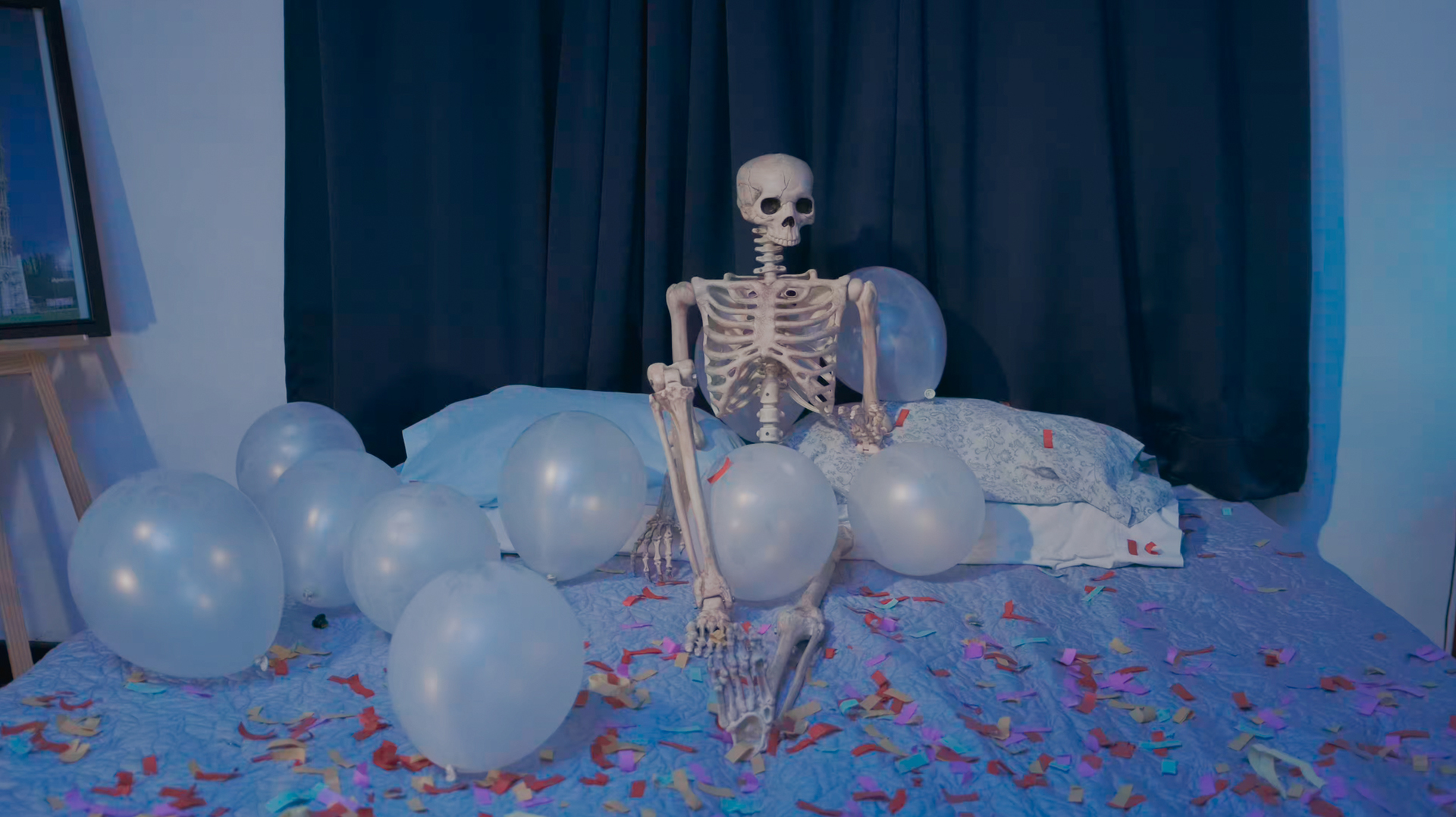 In what ways did you incorporate the story of their new single to the video?

The song sounds like it’s set in the early stages of getting to know someone. Keeping you up all night, s/he loves-me-loves-me-not. It’s such a specific feeling and I wanted to visualize that push and pull by having the girls portray the contrasting emotions—one living in a daydream, and another grounded in reality. 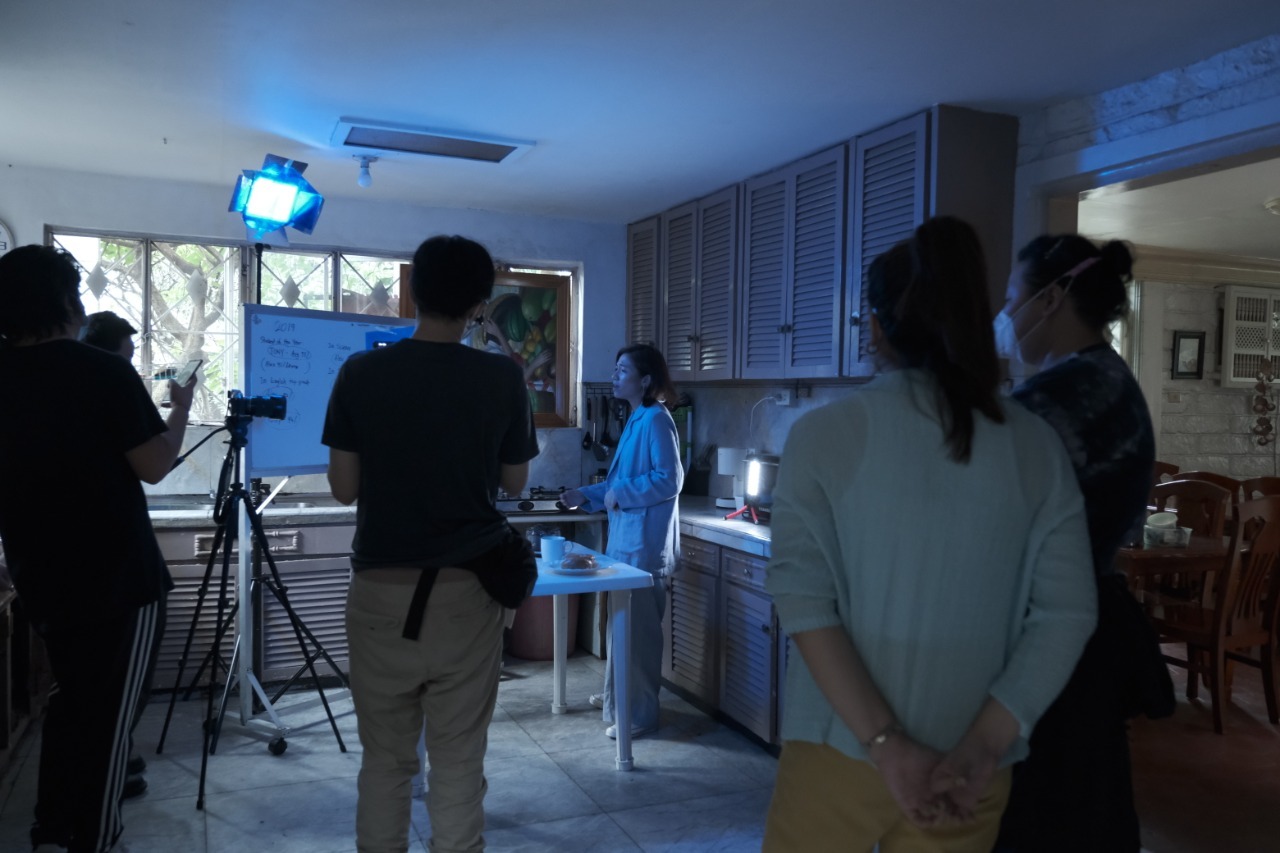 What was it like working with Leanne and Naara?

They were an absolute breeze to work with! I heard they both have acting backgrounds and that definitely showed when they came to set prepared and needed little direction. We had a lot of ground to cover and it helped that they were able to get things done in one or two takes.

What was it like working on it while in quarantine? Did you face any problems in creating the video because of the pandemic?

Apart from the testing, face masks and disinfection, it honestly didn’t feel that different from a normal shoot.

If anything, it affected pre-production the most. The curfew limited our ideas to those that can be finished in a day (well, 10 hours). I also wasn’t able to do an ocular prior to the shoot, which led to a longer set-up time on the day. Our location was a house and we wanted to minimize exposure for the people living there. 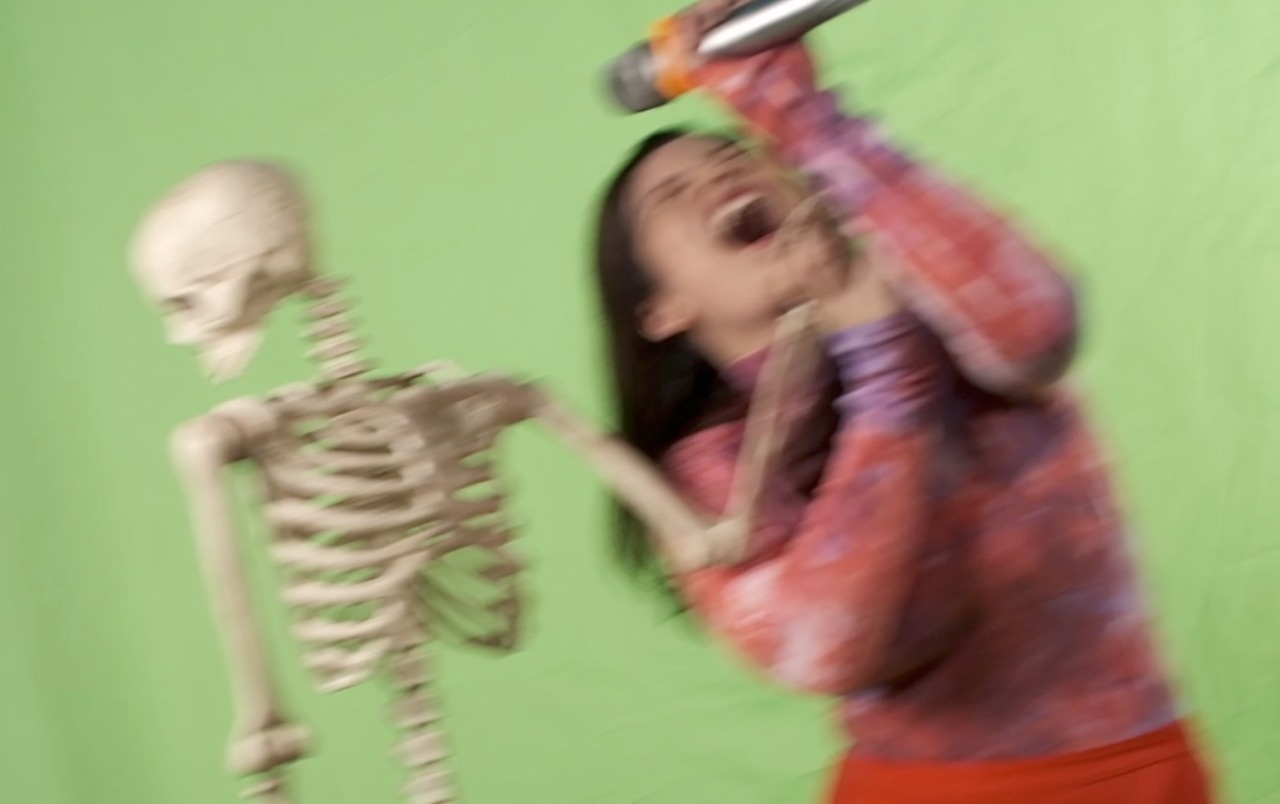 How different is it producing a music video from documentaries?

There’s a world of difference but tl;dr: In music videos, you lock the story before shooting, while in documentaries you build it as you go. For 'Keeping Me Up,' everything was storyboarded to a T, which sped things up in editing, but the amount of brain power spent drawing all of that from one song… whew, that was something else. 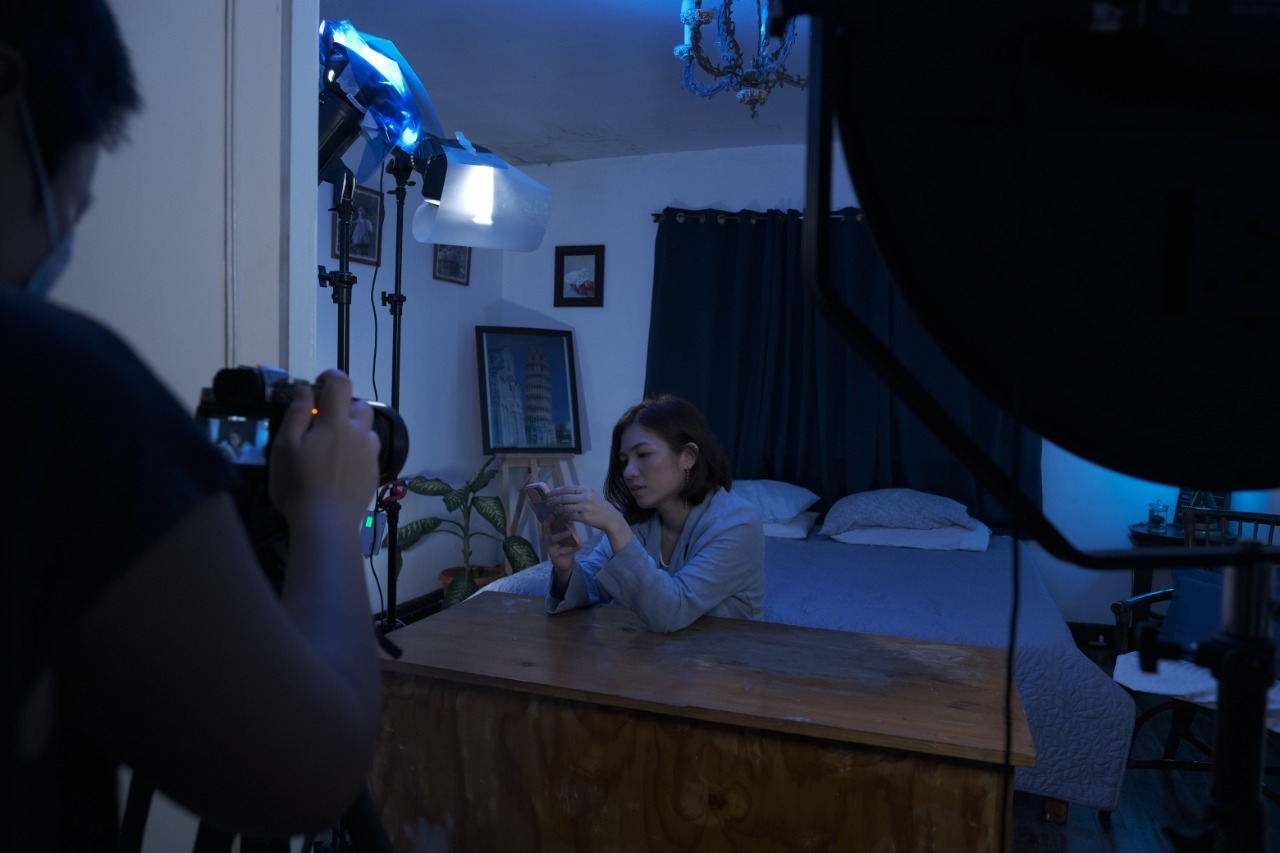 What are your plans for the rest of the year? Any more music videos?

I have a few other music things lined up, but it’s mostly back to the commercial video grind for me. Haha. I would love to keep living up to my nickname though!

Leanne & Naara's 'Keeping Me Up' is available on music streaming platforms via Warner Music Philippines.