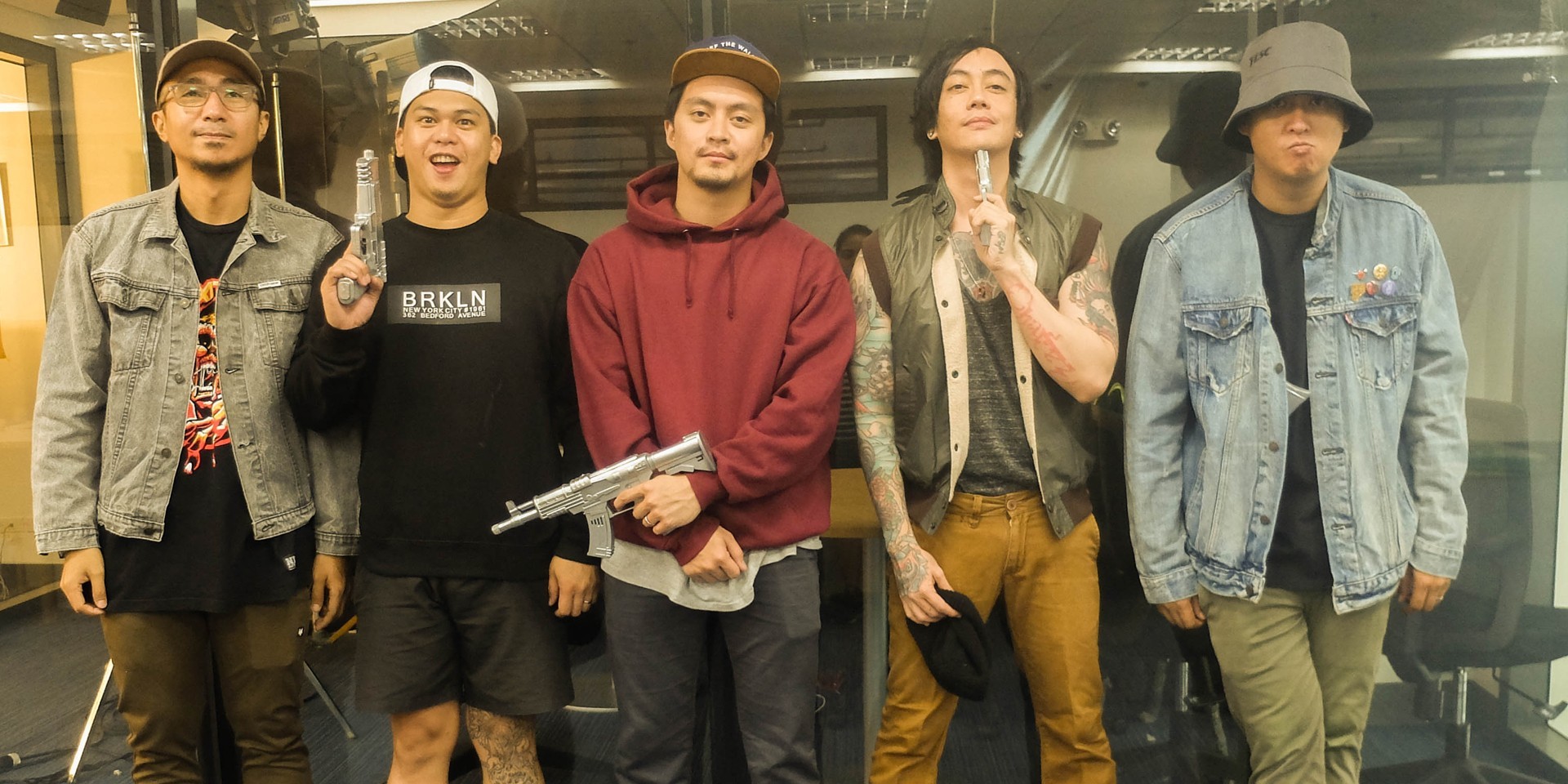 It's a game of cops and robbers with Chicosci vs. Chicosci, running through warehouse aisles in the new 'Revalation!' video. After slowing things down with 'Buzzin'' last year, the Filipino rock act returns to their crazy antics with masks and toy guns as they pull a grand heist to steal a mysterious golden shoebox, only to get duped by BP Valenzuela in the end.

Bandwagon spoke with Kevin Mayuga, the director behind 'Buzzin'' as well as Moonwlk's 'Prefer' and Tarsier Records artists Marion and Moophs' 'Electric Gold,' to discuss how the action-packed video was conceptualized and produced.

What's it like working with Chicosci again, especially now with a different vibe compared to 'Buzzin’'?

It was more comfortable pitching around ideas with the band since we already worked [together] before. It was a lot more casual and the song itself is a fun and funky one so we all just wanted to have fun with it.

How did you come up with the concept of the 'Revalation!' video?

One of the first images I had in my head was the band in nun costumes, about to rob a bank - similar to the movie The Town, actually. We met up outside one of their gigs and I had a couple of ideas but they liked this one most. From there we just kept brainstorming outside the bar and had ideas like “What if the cops come and it’s also played by you?” and from then it just kept evolving. The band didn’t really mind not performing with instruments and not having a story that’s related to the lyrics, so from there it was just easy to do what we wanted. We went as far as having lazers pew pew. 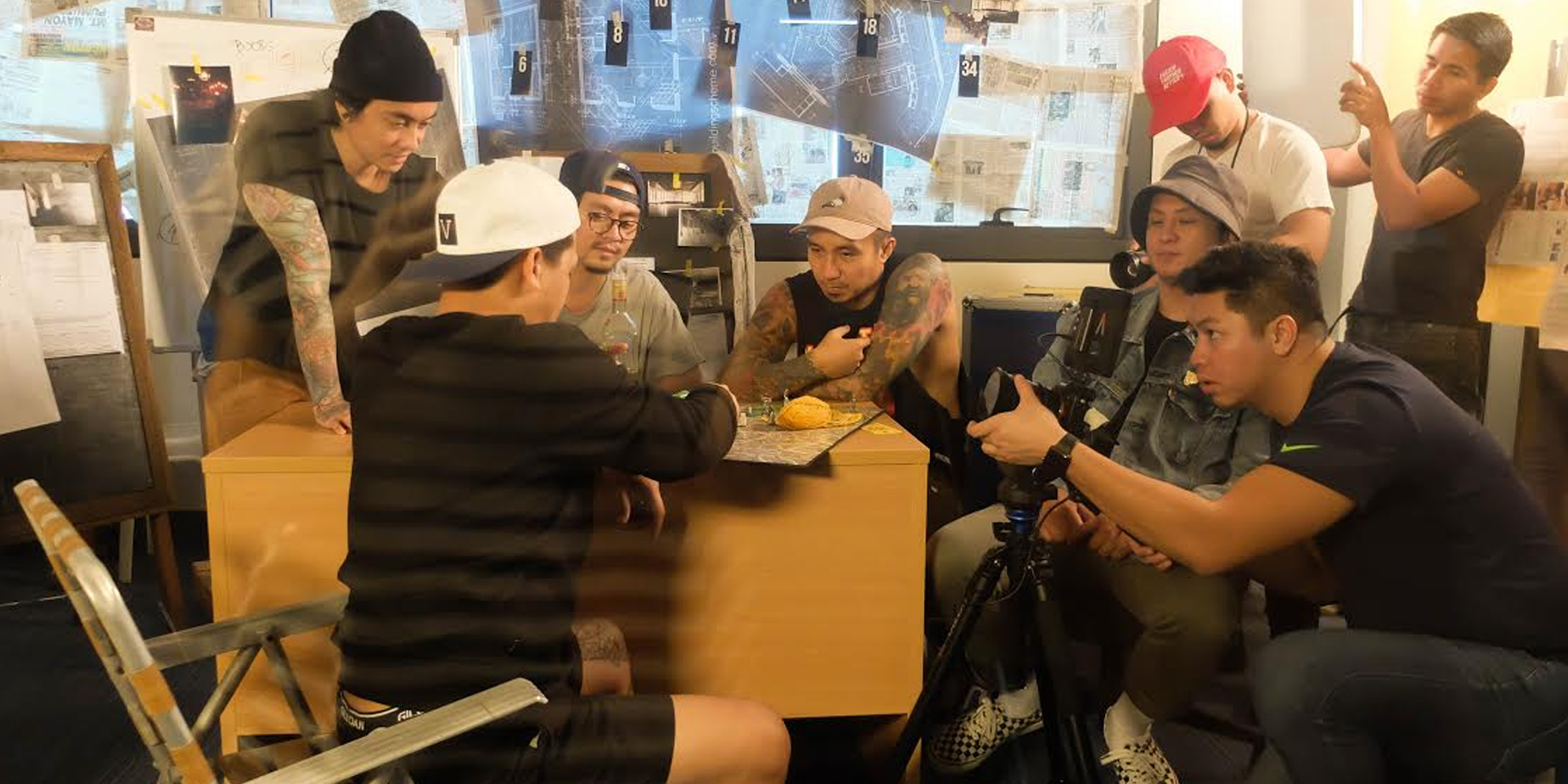 How involved were guys of Chicosci in conceptualizing it?

I think once we were set on doing a heist with them playing cops and robbers, they kind of just trusted us to do our thing and be creative with the style, design, visuals, references, and storytelling. They gave some key suggestions though like from robbing a bank to robbing a shoe store, to searching for the golden shoe box and deciding what kind of cops they wanted to look like.

What was your favorite part to shoot and which scene was the most challenging to shoot?

The shootout was definitely my favorite and most challenging part. It was funny watching a bunch of adults in costumes pretending to shoot each other with toy guns. The band especially kept goofing off in this scene and that’s exactly what we wanted. If you also notice, we did a lot of repeating shots and framing for both cops and robbers. 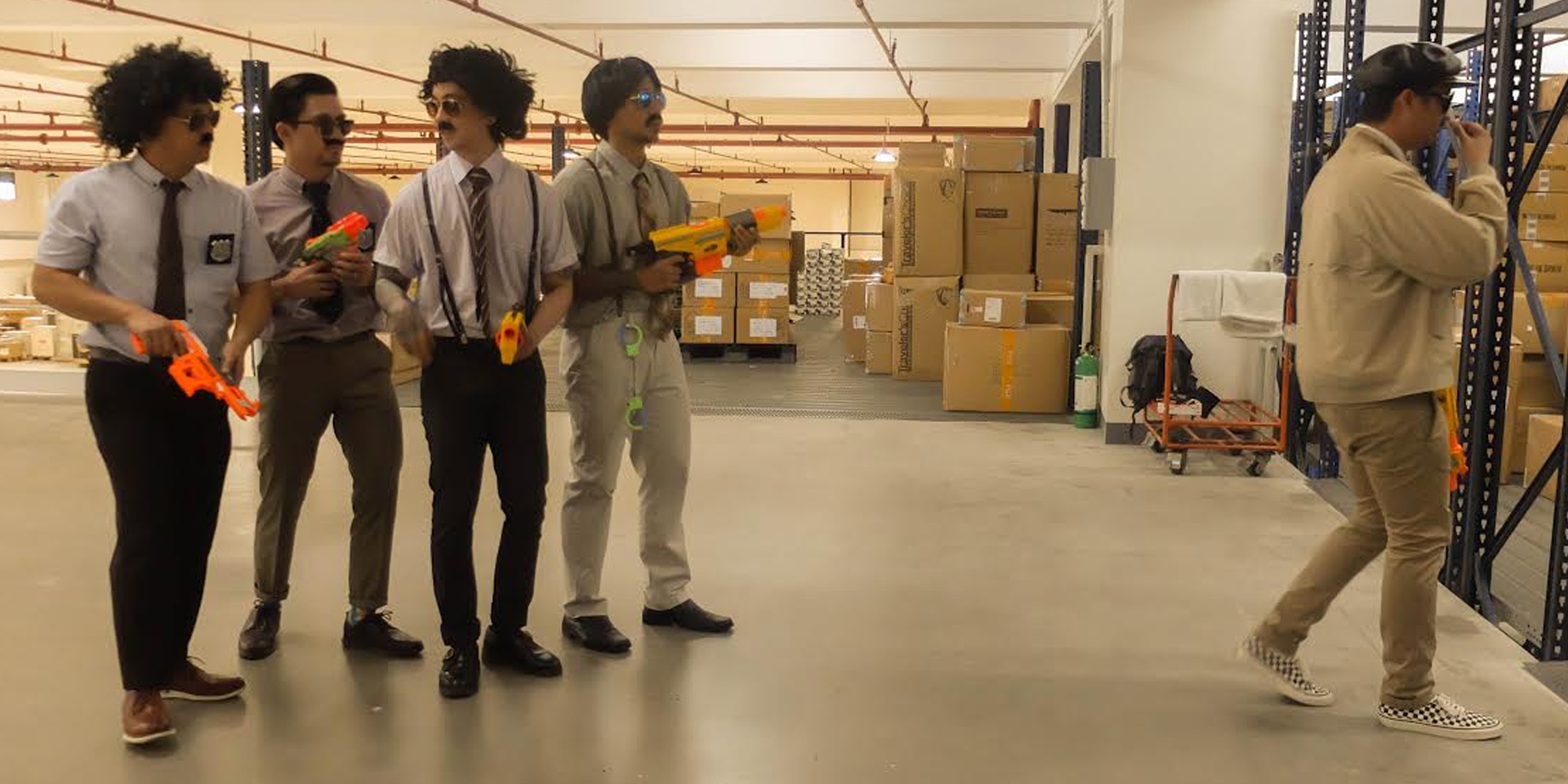 Where was the video shot and how long did it take to produce it?

We shot it in secret warehouse that the band’s manager was able to secure. Our shoot from call time to wrap up was around 20 or so hours? I was pretty much awake for more than a day. Editing took awhile because of schedules. But from conception to final output it actually took half a year because of schedule stuff. We’re all so happy that it’s finally out. The band has this joke where they release a music video annually.

Do you have future plans on working with Chicosci again?

I think Mong mentioned wanting to make a trilogy so that might happen. I’d also love to work with their other bands like Sandwich and maybe also with BP [Valenzuela].

Chicosci entered the Tower of Doom studio in 2014 with initial plans of releasing a 5-track EP, then a full-length album. Plans have since changed and guitarist Mong Alcaraz revealed to Bandwagon in an exclusive interview that fans shouldn't expect a studio album anytime soon.

"This is how we are adapting to the new economics of recording, and we’ve been happy just dropping the singles one at a time," Alcaraz says. "It’s actually been very liberating, and adds a new dimension for us as creatives."