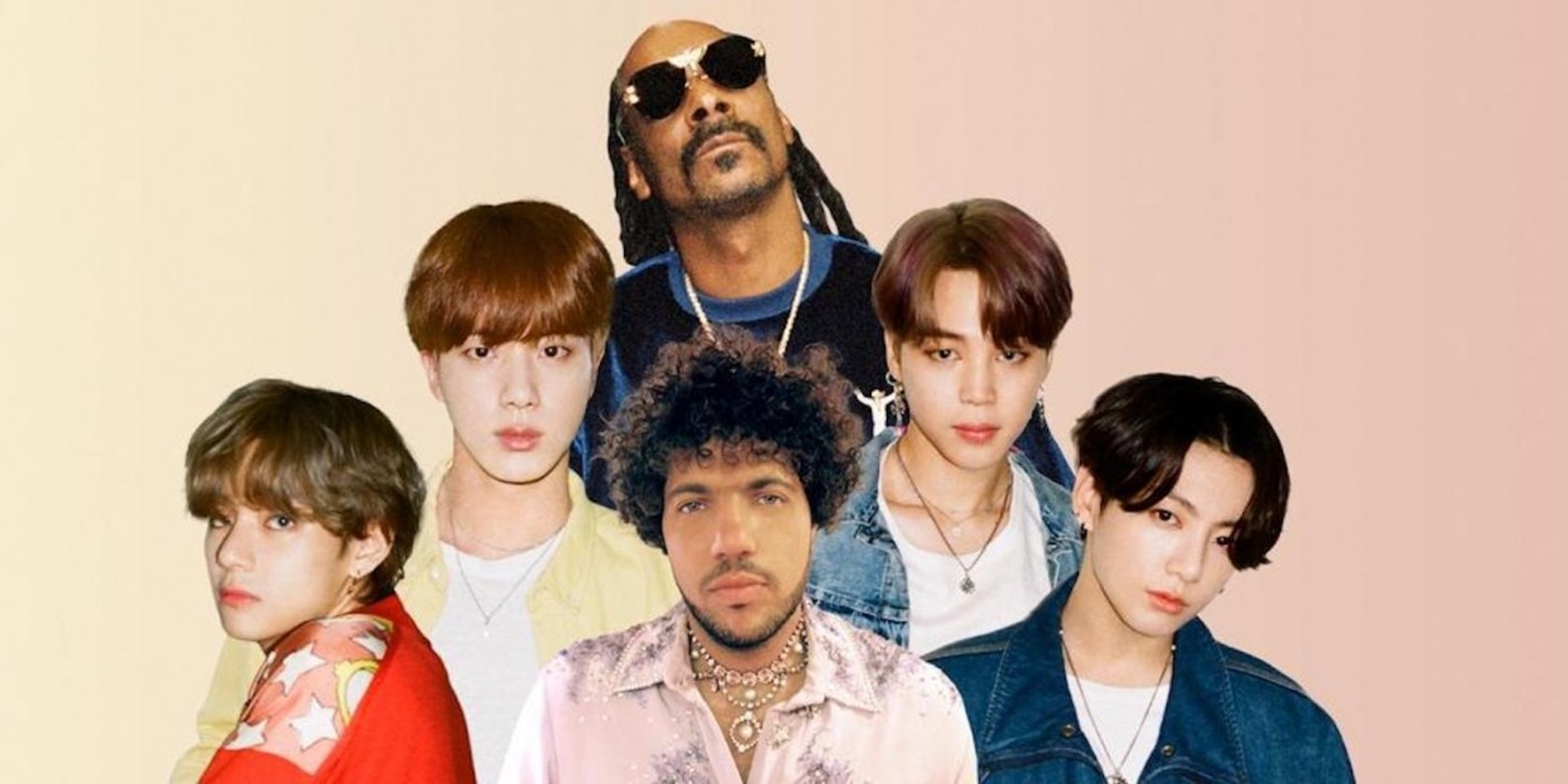 "We can make a song together."

BTS and benny blanco are cooking up something. After the producer's #MyBTSTracks remix project earlier this year, benny blanco is back with BTS for something new. Taking up Jimin's invite on making a song together, the 'Lonely' act responds with "Let's make the best song in the entire world."

At midnight (20/7), benny blanco revealed that he will be releasing a collaborative track with BTS' vocal line – Jin, Jimin, V, and Jungkook – and hip-hop icon, Snoop Dogg. Titled 'bad decisions,' the new track is set to premiere on benny blanco's YouTube channel on 5 August, 1 PM KST. A lyric video is scheduled to be released on 6 August, 1 PM KST.

"I’m still pinching myself," benny blanco shares in a press statement. "I can’t believe I have a song coming out with Jin, Jimin, V and Jungkook of BTS and Snoop Dogg. It doesn’t even feel real!"

Benny blanco shared clips of how they worked on the collaborative track together, with benny, Snopp Dogg, and Jin, Jimin, V, and Jungkook recording their parts.

this is how we made “Bad Decisions” 💜 @bts_bighit @SnoopDogg https://t.co/ZMLfftZbCK pic.twitter.com/JEhBAgxVWu

'bad decisions' is available via CD and cassette. Get it here. The upcoming single is said to be a preview of benny blanco's new album, and part of a collaboration with Xbox which will showcase “several unique and unprecedented ways to celebrate the release.” The rollout also includes a visualizer and a behind-the-scenes video of the recording process.

We partnered up with musicians @ItsBennyBlanco, @bts_bighit, and @SnoopDogg to create something unheard of 👀 The news follows after months of rumours of a Snoop Dogg collaboration, and BTS and benny blanco's meeting in Las Vegas earlier this year.

BTS recently released their anthology album, Proof. The GRAMMY-nominated act has entered "Chapter 2" of their musical journey with Jungkook collaborating with Charlie Puth on 'Left and Right,' and j-hope dropping his solo album, Jack In The Box, ahead of his historic headlining set at Lollapalooza this month.