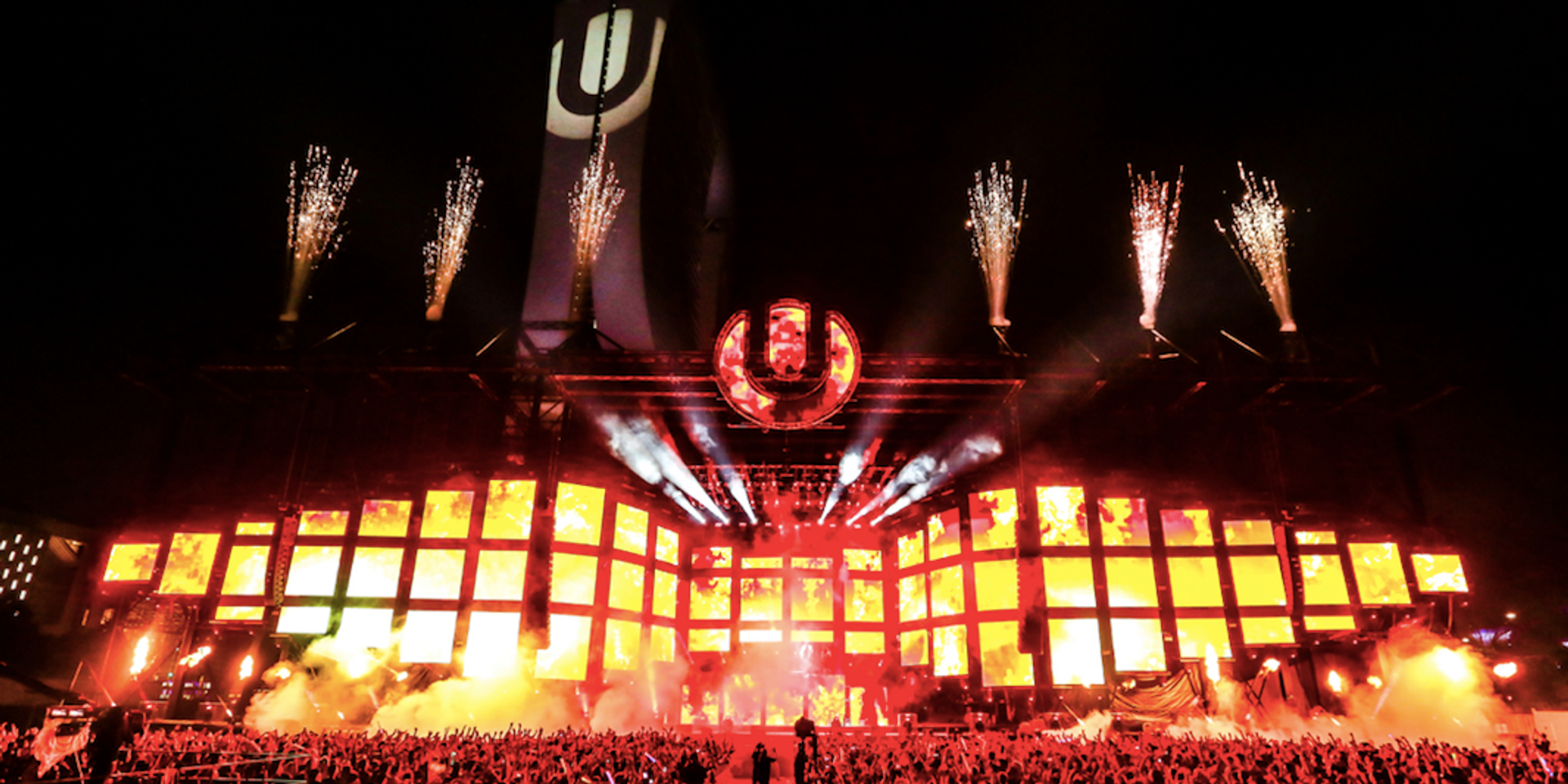 The Ultra weekend has come and gone, with most of the country unaware that the gold standard of international electronic music festivals made a pit stop at our shores this year. From the peering eyes of people on double decker buses that drove past festival grounds to the multiple gawking tourists wondering where bikini, singlet and make-up clad individuals were heading in the midday heat, Ultra took the Marina Bay area by storm.

But, the Ultra experience this year was unfortunately sub-standard. From hit-and-miss music at the mainstage and the almost irrelevant Resistance stage, to poor festival management and godawful crowd behaviour (yes, we're talking about the damn gang chants), the festival experience was soured by armies of screens and an experience that was clearly being curated "for the gram".

However, bassheads who showed up in force at the Worldwide stage all weekend were satisfied. The appearance of big hitters Cesqeaux, Illenium, and Trap God RL Grime coupled with intense headbanging saw #breaktherails become reality on Friday night as intrepid party goers literally broke the rails that lined the front of the Worldwide Stage.

Here’s our take on the weekend, which soared to exhilarating highs and sometimes sunk to horrific lows. 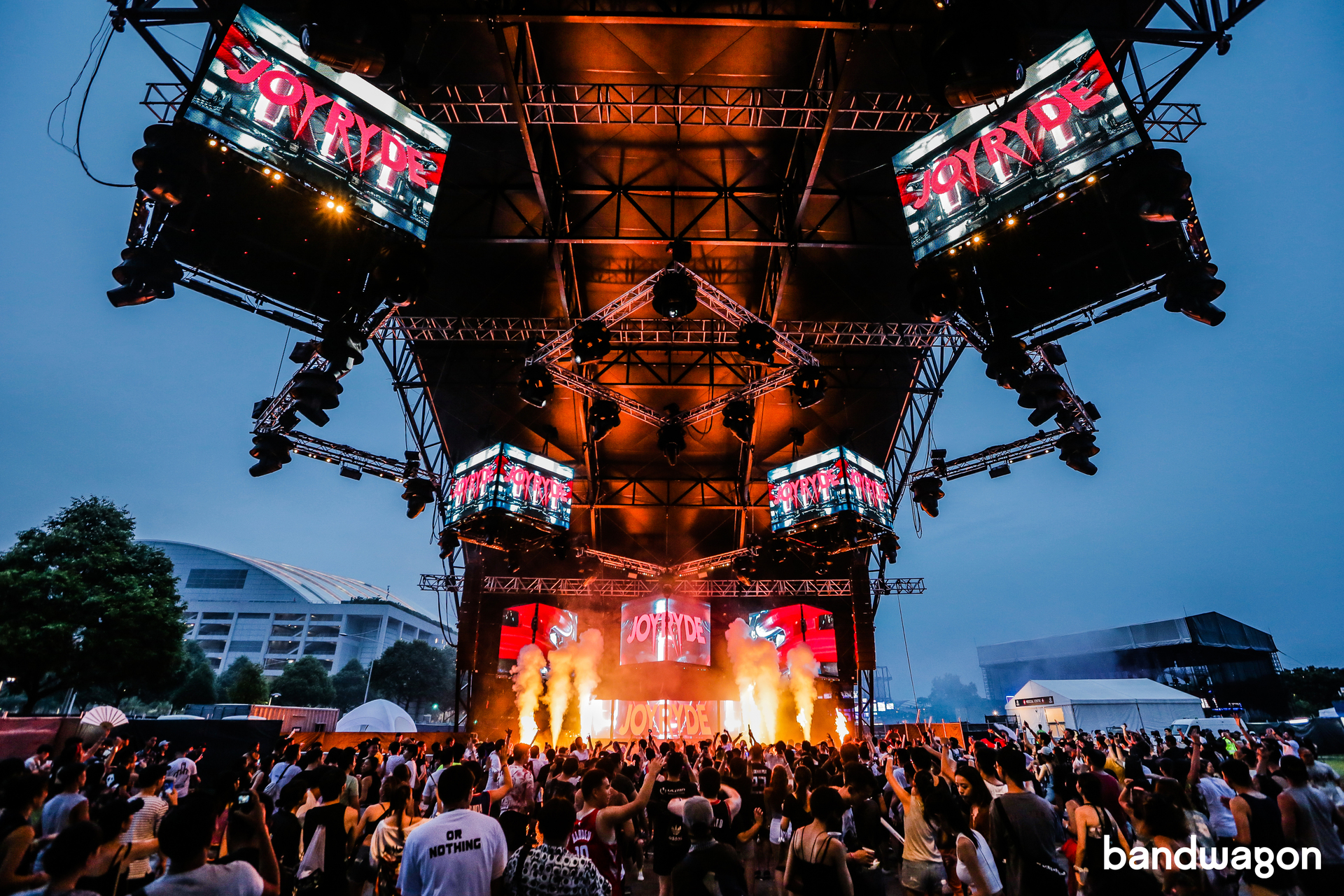 One thing’s for sure: despite its stage design, small size and deafness-inducing speakers, the Worldwide stage was Ultra's singularly consistent expression of artistic and curatorial brilliance. Even though the immersive experience promised by the stage's overhead structure left much to be desired, the absolutely blistering music the bass-heavy DJs brought to the floor more than made up for any logistical deficiencies. The Worldwide Stage brought its A-game all weekend, and was a treat to the army of bass-heads who spent most of their time lost in rhythms and synths. This being the stage's debut in Singapore, it did just about everything right. 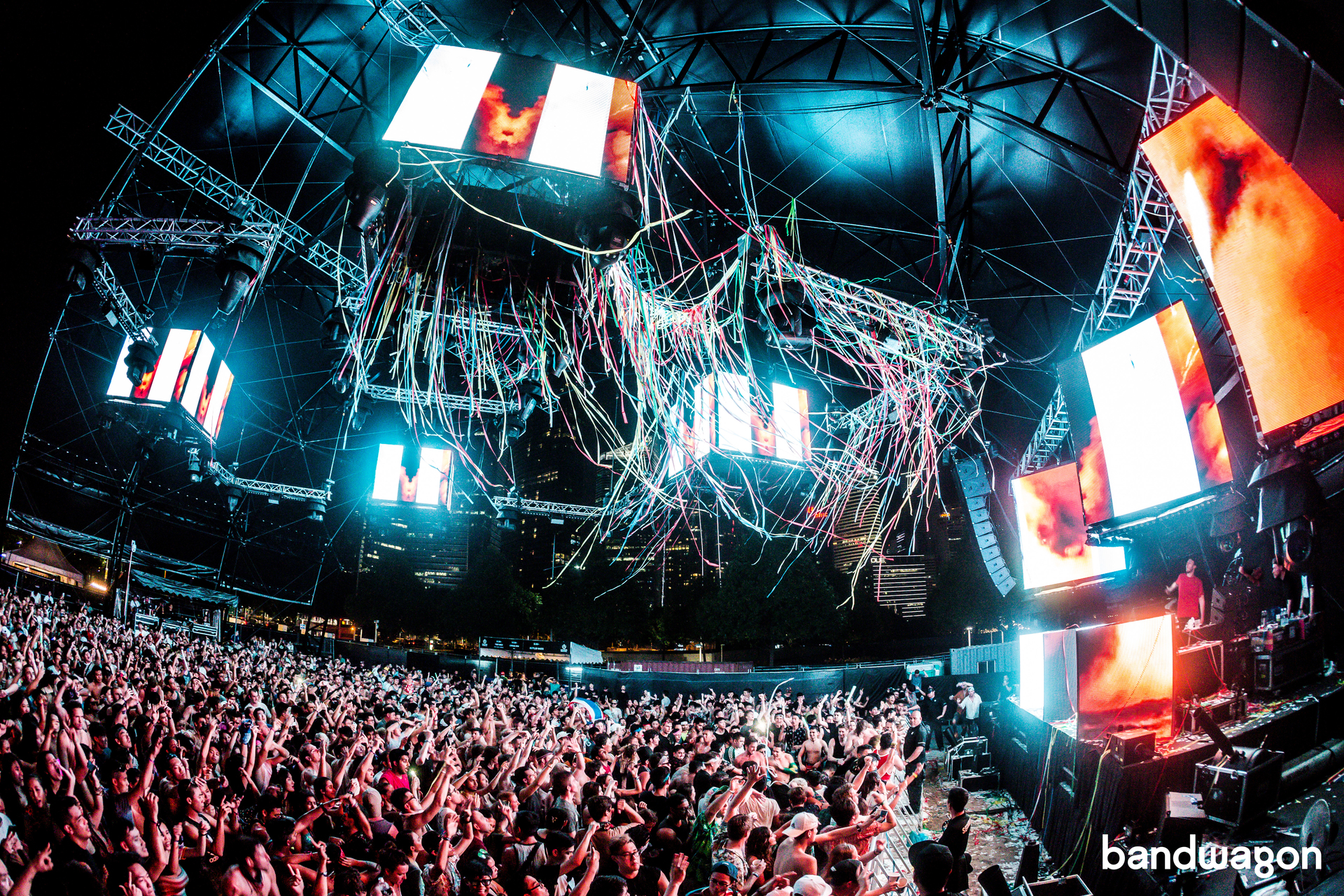 If Ultra had an Act of the Weekend award, it’d most definitely go to up and coming trap extraordinaire RL Grime. The Los Angeles DJ took the stage and let his music do all the talking, unlike DJs who spend more time asking the crowd "from the left to the right and the front to the back" to "put their hands up". His sincerity was all thrills, no frills as he blasted his way through synth-filled vocals interludes and melt-your-face-off trap drops that had the crowd exclaiming in pure ecstasy. From debuting his newest collaboration with Jeremih and Tory Lanez, 'Undo', to playing some of his old favourites 'Valhalla' and 'Scylla', RL Grime’s raw talent was testament to the masterful curation that was the Worldwide stage’s line up, and ended the festival on a high. 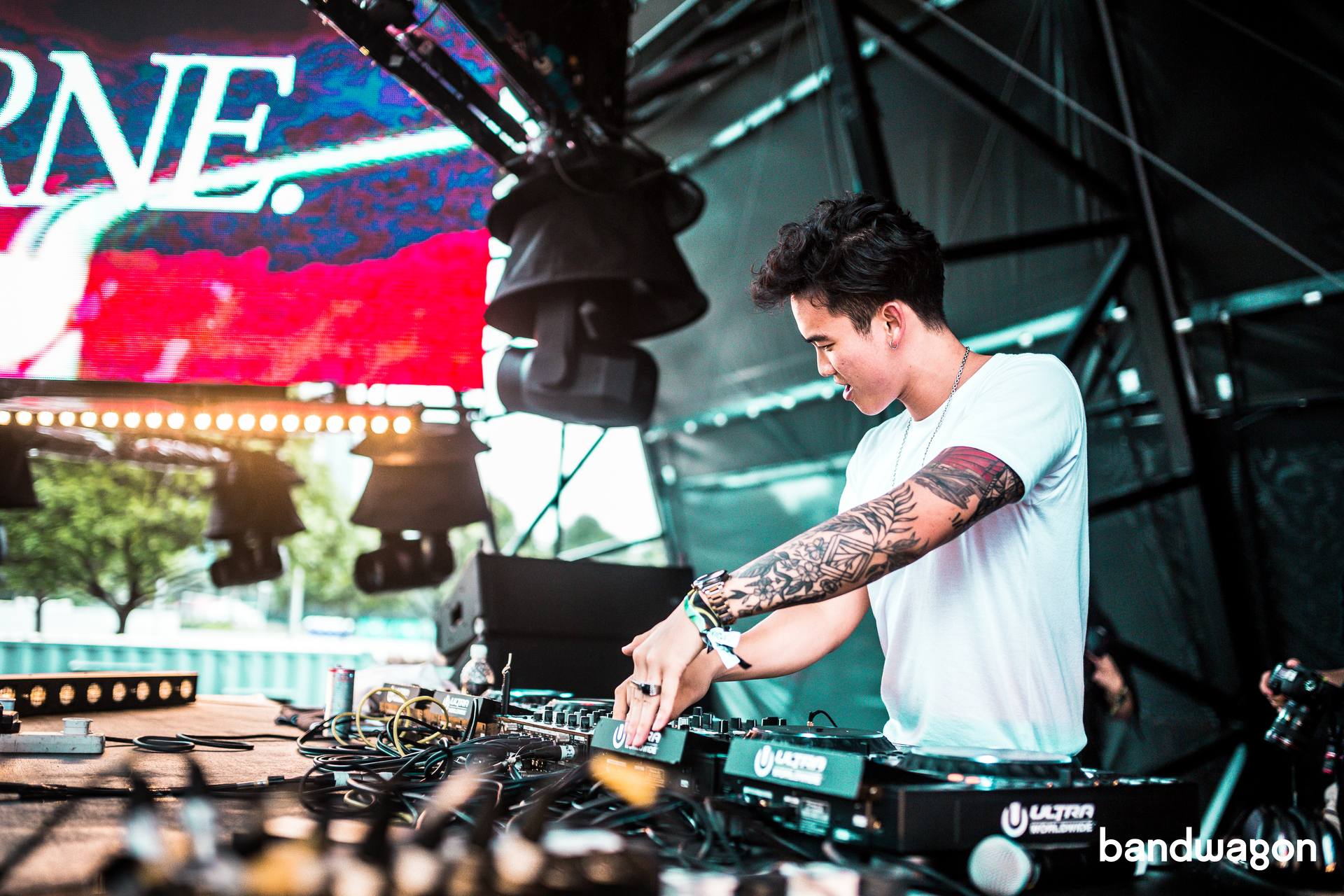 Local EDM hero MYRNE made his return to Ultra Singapore last weekend, coming hot off the heels of his performance at Ultra Miami earlier this year. While MYRNE did not play the mainstage this year, his slot at the Worldwide Stage was one of the most attended sets of the weekend. MYRNE took the stage after fellow Asian talents Chace and Kaku threw down insane sets, which is no easy feat.

Many fans expected the Singaporean to put on a more chill performance, banking on the producer performing lighter tracks such as 'B4NGER' and more. However, MYRNE turned up the heat, proving that he can hold his own against some of the best in the business, and that he is more than ready to perform at Tomorrowland Belgium next month. And to cap off an already incredible set, MYRNE brought out a special guest in Gentle Bones and the two closed the set with their collaborative hit 'JU1Y'. 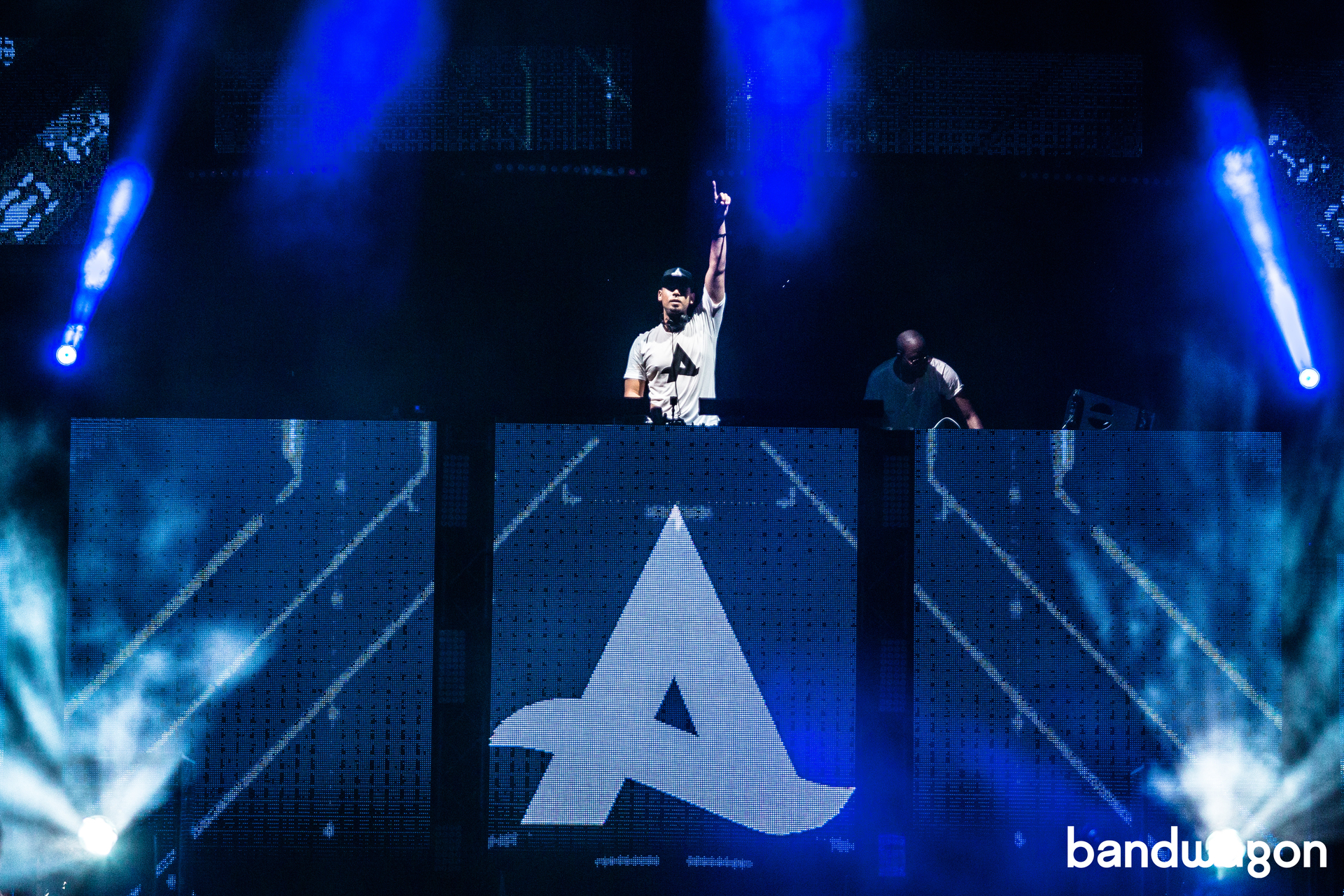 Going into Afrojack, we expected bland EDM that just "did the job". We expected to be on the receiving end of an indefinite number of "everybody-fucking-jump"s. We left the pit pleasantly surprised as Afrojack pulled out all the stops to deliver a holistic musical experience. There was something for everyone in his set, including big, ballsy lighting design: crowd pleasers that everyone knew the lyrics to, hip-hop rejoinders that the 'Ten Feet Tall' hitmaker seamlessly transited to, and even hardstyle bass that exhibited Afrojack's keen sense of knowing what his crowd's tastes were. 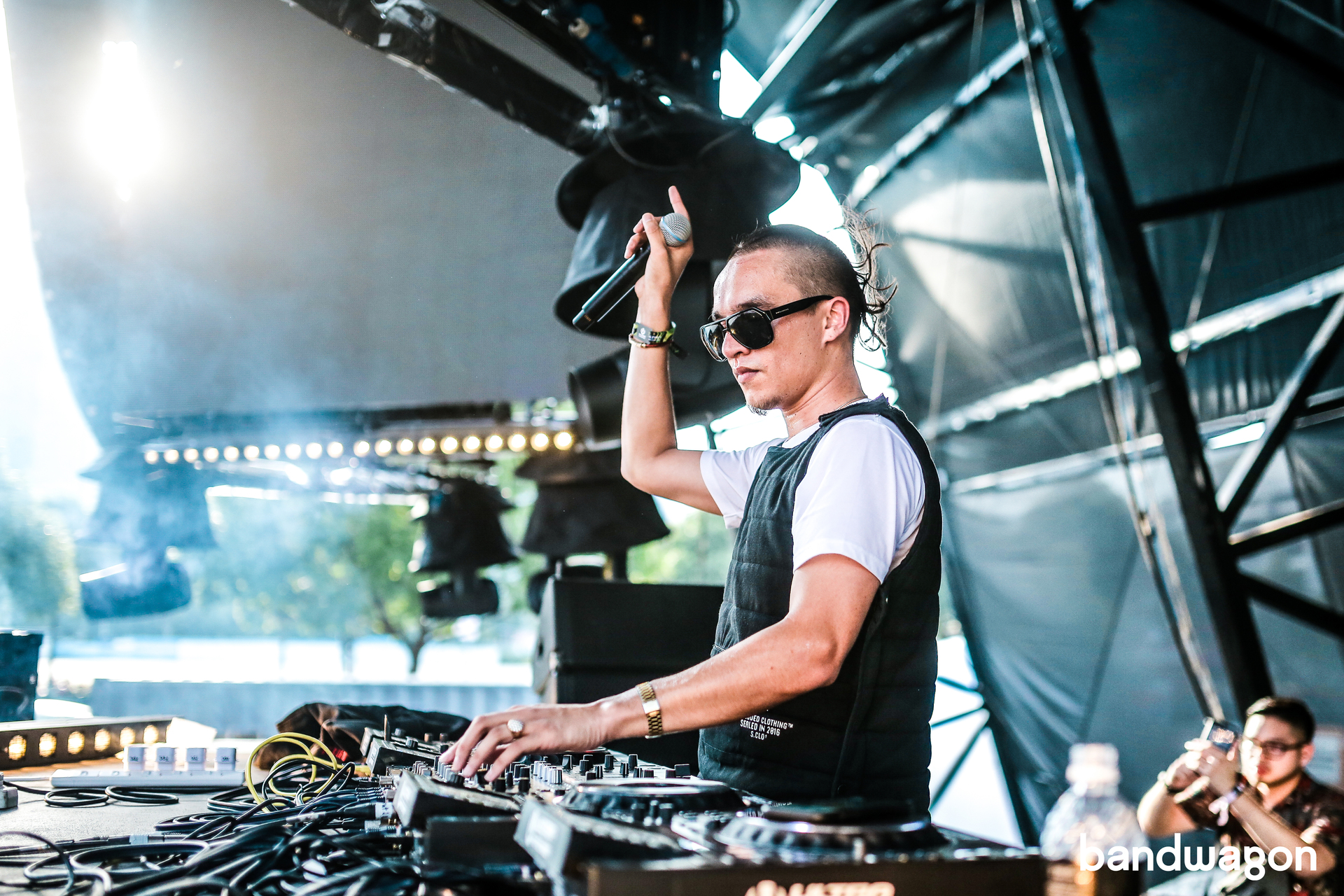 Cesqeaux's Singapore debut lived up to the hype and then some. Playing an earlier set on Day 2 of the weekender at 5pm at the peak of the day's heat wave is no easy feat. The norm for most festivals of this magnitude is that a large portion of the crowd starts strolling in after 6pm, when the bigger names take the stage. However, Cesqeaux's set turned out to be one of the most packed sets at the Worldwide Stage all weekend, with the crowd filling the entire space when at peak attendance. His hour-long set was a non-stop mix of bangers and high energy tracks. At one point, Cesqeaux got the entire crowd to squat down before they jumped up in unison once the drop hit. His skills on the mic proved to be the among the best of the entire weekend, showcasing his showmanship. Oh, and he also got the crowd to open up what was possibly the biggest mosh pit at an EDM festival in Singapore. 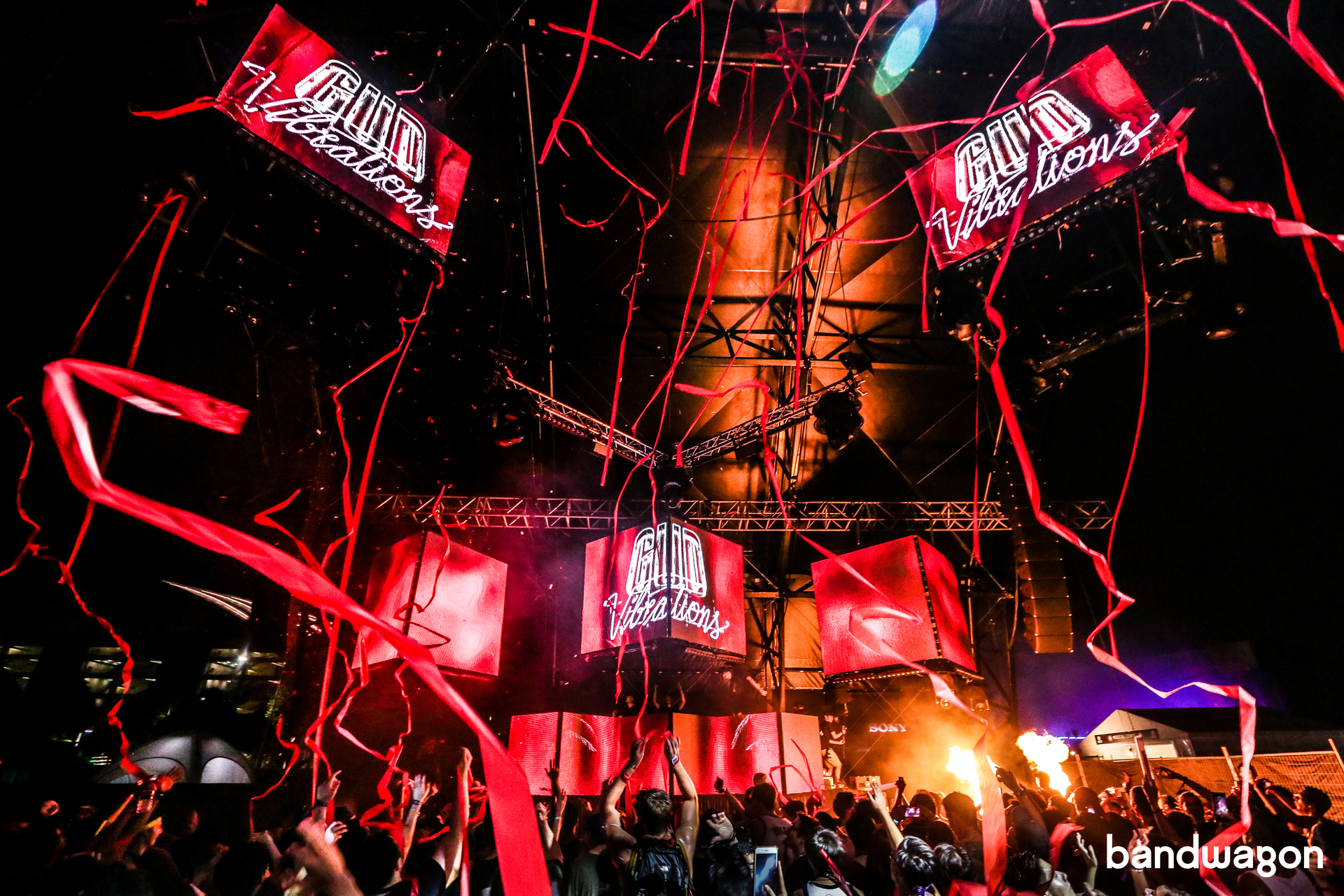 Rounding up our list of the highlights of this year's festival is none other than Gud Vibrations, the collaborative project between heavy-hitter NGHTMRE and famed duo Slander. With both parties making their Singapore debuts at Ultra, you'd think they would want to revel in the moment and play to their individual crowds. However, no one saw Ultra's announcement of a Gud Vibrations set coming. Let's break this down. Gud Vibrations is a collaborative series of parties thrown by NGHTMRE and Slander, and they are very, VERY exclusive. They rarely perform together at festivals, with the exceptions of Ultra Miami and Hard Summer Festival. You know what else is rare at dance music festivals in Singapore? A two-hour set. Somehow, that's exactly what got. The trio enthralled with hit after hit, with the front rows headbanging like there was no tomorrow. For anyone looking to dive into the world of bass music, when it comes to sets, Gud Vibrations is the epitome of the word epic. 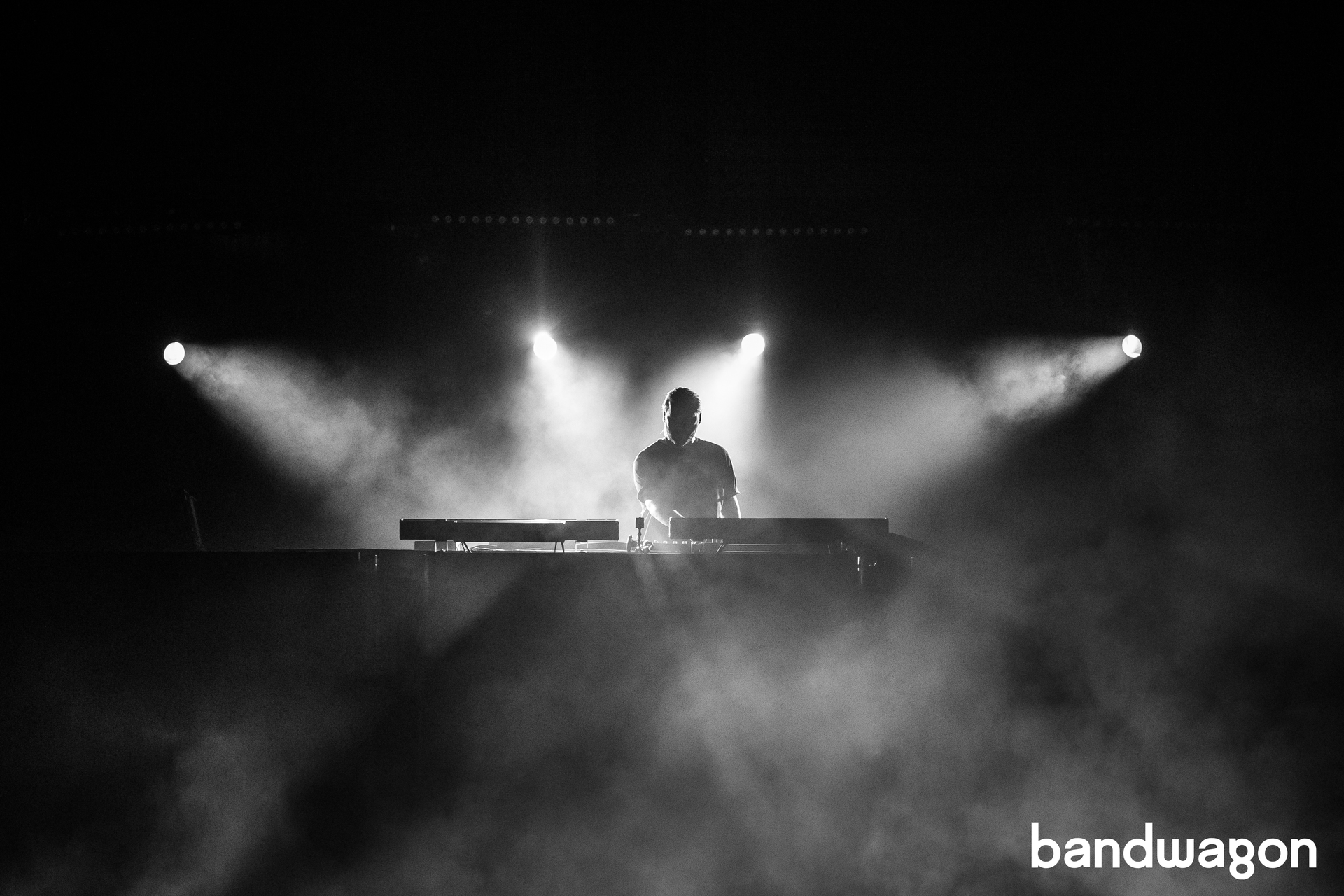 After the lacklustre closing out of last year’s Ultra Festival, we expected Steve Angello to take some time before making a reappearance on Singapore Ultra line-up. While the producer has moved from strength to strength after shedding his mainstream-EDM Swedish House Mafia legacy, he unfortunately disappointed the crowd gathered at the Main Stage. His set was marked by long build ups – the longest of which, we kid you not, was 10 minutes long –paired with disappointing drops. Many stayed only in anticipation of DJ Snake, who was taking the stage after Angello to close out the first day. 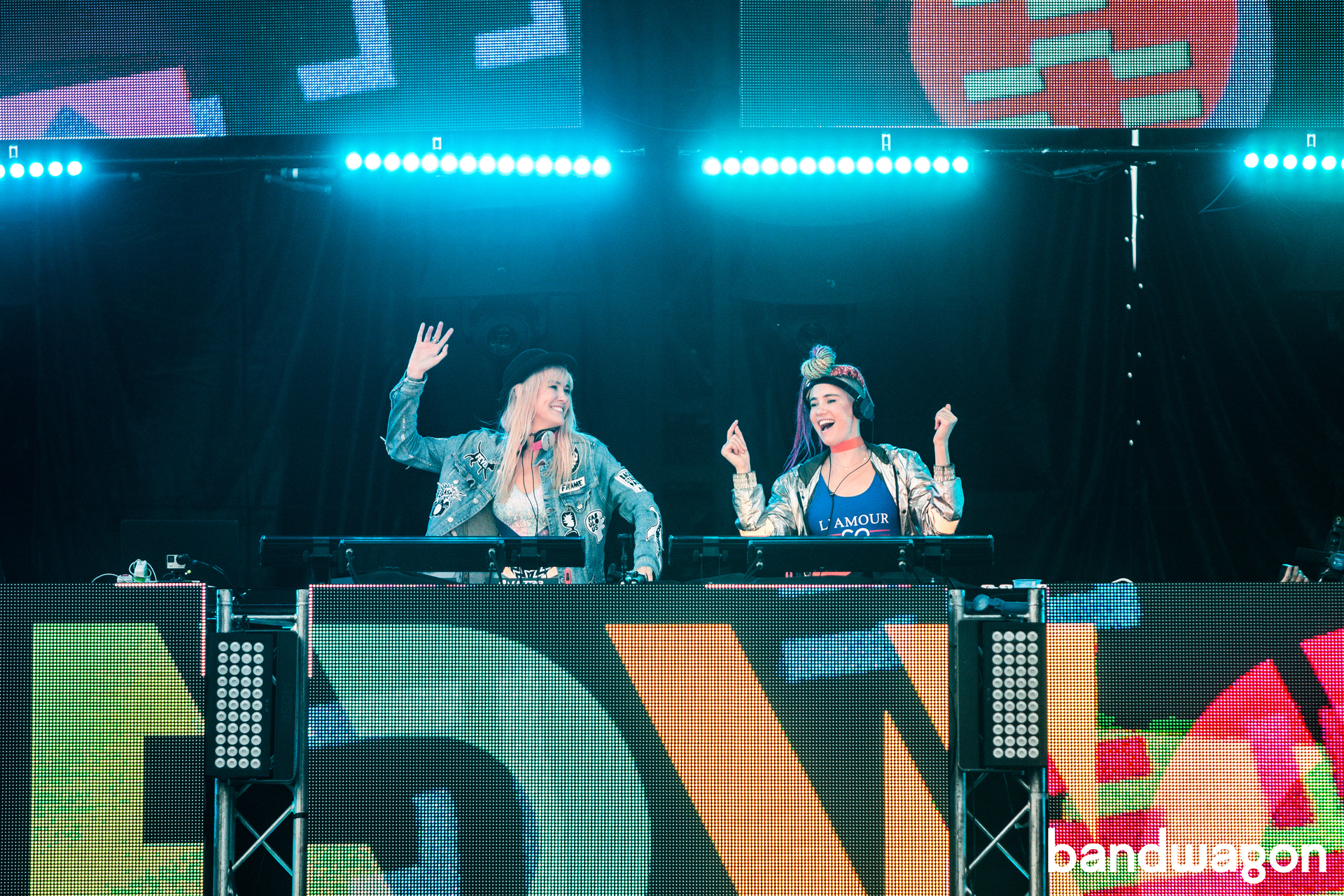 NERVO is typically synonymous with a good time. However, this seemed to be the exact opposite of what transpired when the sister duo of Miriam and Oliva took to the mainstage on Saturaday. Billed as one of the greatest female dance music duos of all time, the crowd flocked in to catch the sunset performance. With high expectations, the crowd cheered raucously as the duo appeared on stage, hitting fans with their mammoth track 'Revolution' right out of the gates. It all went downhill from there, thanks in large part to the crowd. While the sister duo tried their best to rile up the crowd, all attempts fell flat to a dead crowd. After the first thirty minutes, it was evident that NERVO had nothing new to offer the mainstage crowd as everyone stood still, many using their phones to snap an occasional shot of the iconic stage as they waited for larger acts like Afrojack and Above & Beyond to take the stage. 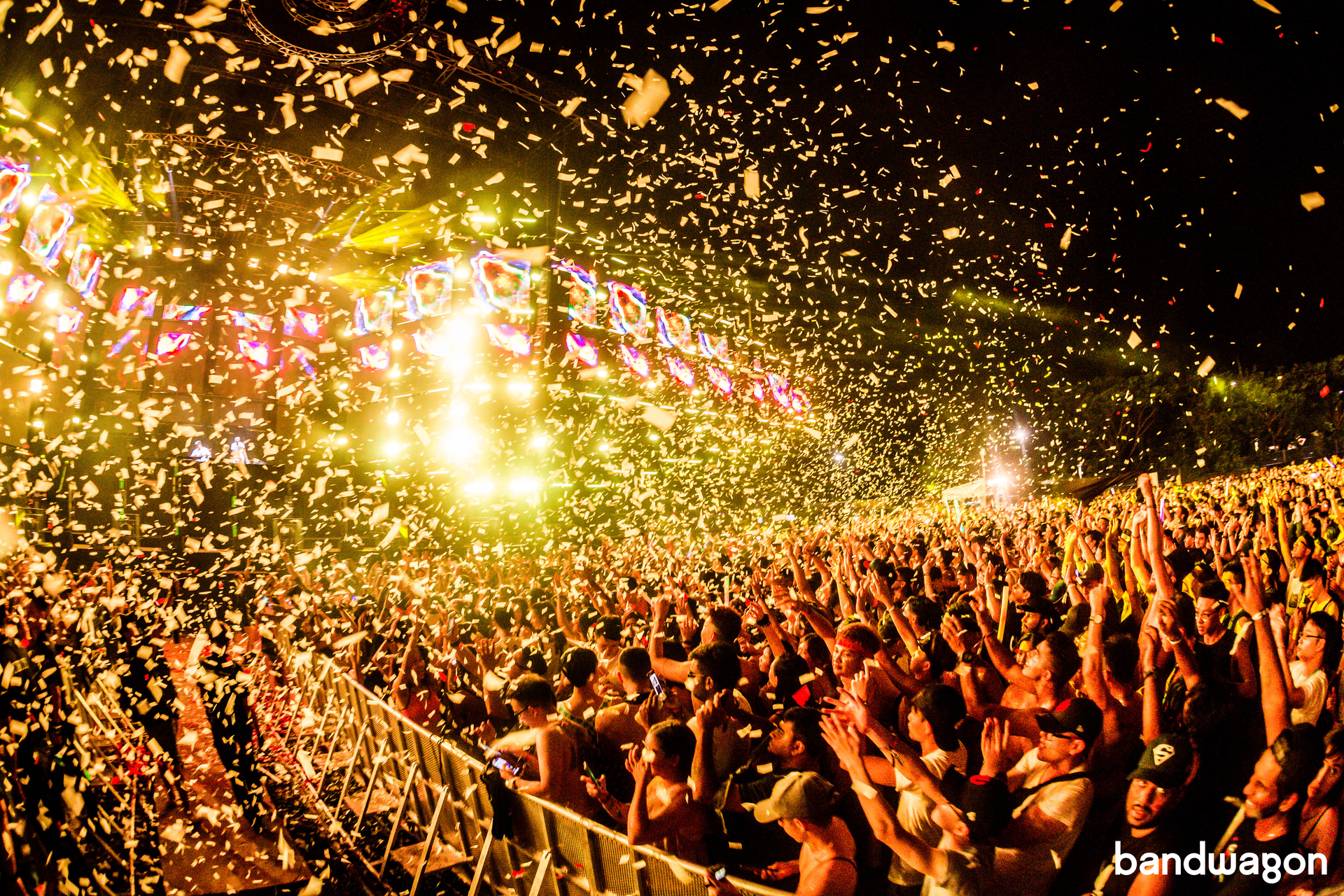 When you think of Ultra headliners, you think of sets that send shivers down your spines. Especially when it comes to the final set of the weekend, the big one that sets off the arsenal of fireworks and confetti. You know what we're talking about. The final set of Ultra festivals around the world are known to drain festival attendees of every ounce of energy they have in a final attempt to make the night one to remember for the rest of time.

However, what fans got instead from Above & Beyond turned out to be a snooze-fest from the opening second. The only spine-tingling moment of the set came from the final minutes, as they played 'Sun & Moon' while fireworks lit up the sky. Other than that, every other minute of Above & Beyond's set fell flat, with festival-goers leaving the festival grounds expecting more, as many voiced their disappointment with the legendary trio. 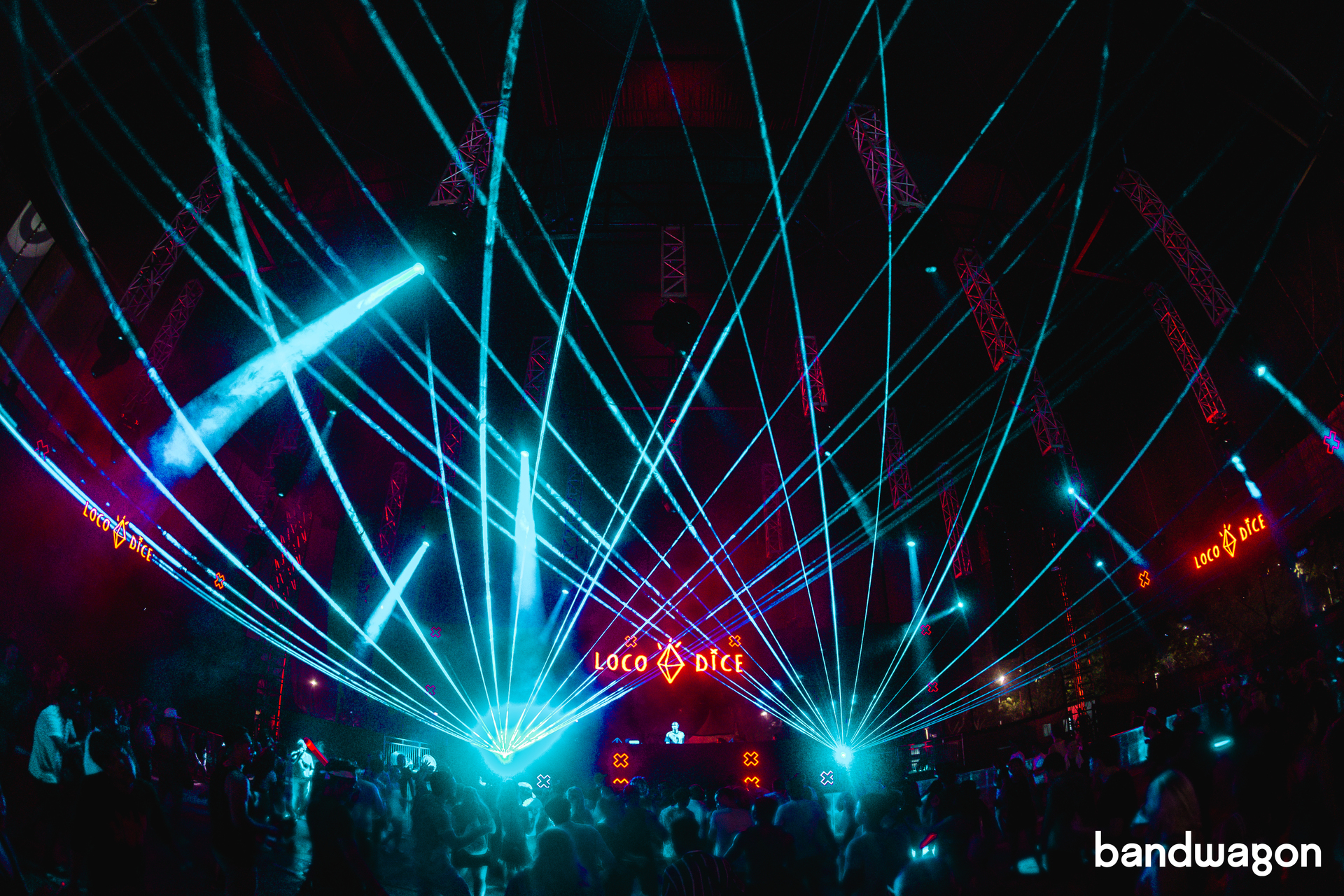 The Resistance Stage at Ultra Singapore this year could be summed up in one word: unnecessary. The stage was constantly the weakest of the three stages throughout the festival, with dismal crowds and a lackluster line-up, barring acts like Loco Dice and Nastia, who ended up being the headliners for both nights.

Another issue besides the weak line-up was the stage's location. Smack in the middle of the Mainstage and the Worldwide stage, fans who weren't in the middle of the Resistance stage could hear the bass off the surround stages bleeding into the grounds, and that's not good at all. While we understand the need for a house and techno stage, this year's overall line-up of the festival completely overshadowed Resistance and brought to light the sad truth that Singapore just doesn't appreciate the deeper cuts. What a shame.

Festival management gets an unnecessarily bad rep sometimes. It is no mean feat managing a festival ground crawling with drunk party goers: kudos should go to volunteers for willing to do so. However, a poorly managed dispersal plan, which left only two gates for the entire festival crowd to empty out after the close of Day 1, left tired party-goers squeezed like sardines at the exit, which saw some people faking fainting spells (yes, really) and sneaking through gaps in fences to get out of the grounds.

When dealing with a festival of this scale, the layout of the festival grounds is paramount. While we understand that things might've been a little more packed this year thanks to addition of the Worldwide Stage, there should be no reason why an international festival of this magnitude makes such mistakes.

We've already covered the placement of the Resistance Stage so we're going to talk about the food village and the entrance/exit points. While the placement of the VIP Food Village can't be helped because it's, you know, attached to the VIP area, the General Admission Food Village could've been handled handled better. Situated at the edge of the festival grounds, fans expected to get some peace and quiet at the Food Village, hoping to use it as a safe haven from the bright lights and booming speakers. Instead, a fourth stage was placed at the food stage, where many festival-goers nursing headaches and hangovers were met with even more bass. Maybe next year, we could have a nice quiet space to recover, yeah?

What did you think of Ultra Singapore 2018? Who played your favourite set? Tell us in the comments below.