Save the date for ROSÉ's solo debut!

The BLACKPINK member took to Instagram to share that she will be releasing her first solo effort this month.

#ROSÉ ‘On The Ground’ M/V TEASER

Ahead of the album's release, ROSÉ has announced a number of treats for her fans, including an online fanmeet event. The event will happen on 20 March at 6 PM (KST) and on 21 March at 6 PM (KST). Each event is capped at 20 people and will be held in both Korean and English. Fans can purchase tickets via KTown4u

Posted by BLACKPINK on Wednesday, 3 March 2021

ROSÉ gave fans a peek into her solo work with a performance of 'Gone' at their recent online concert, THE SHOW. 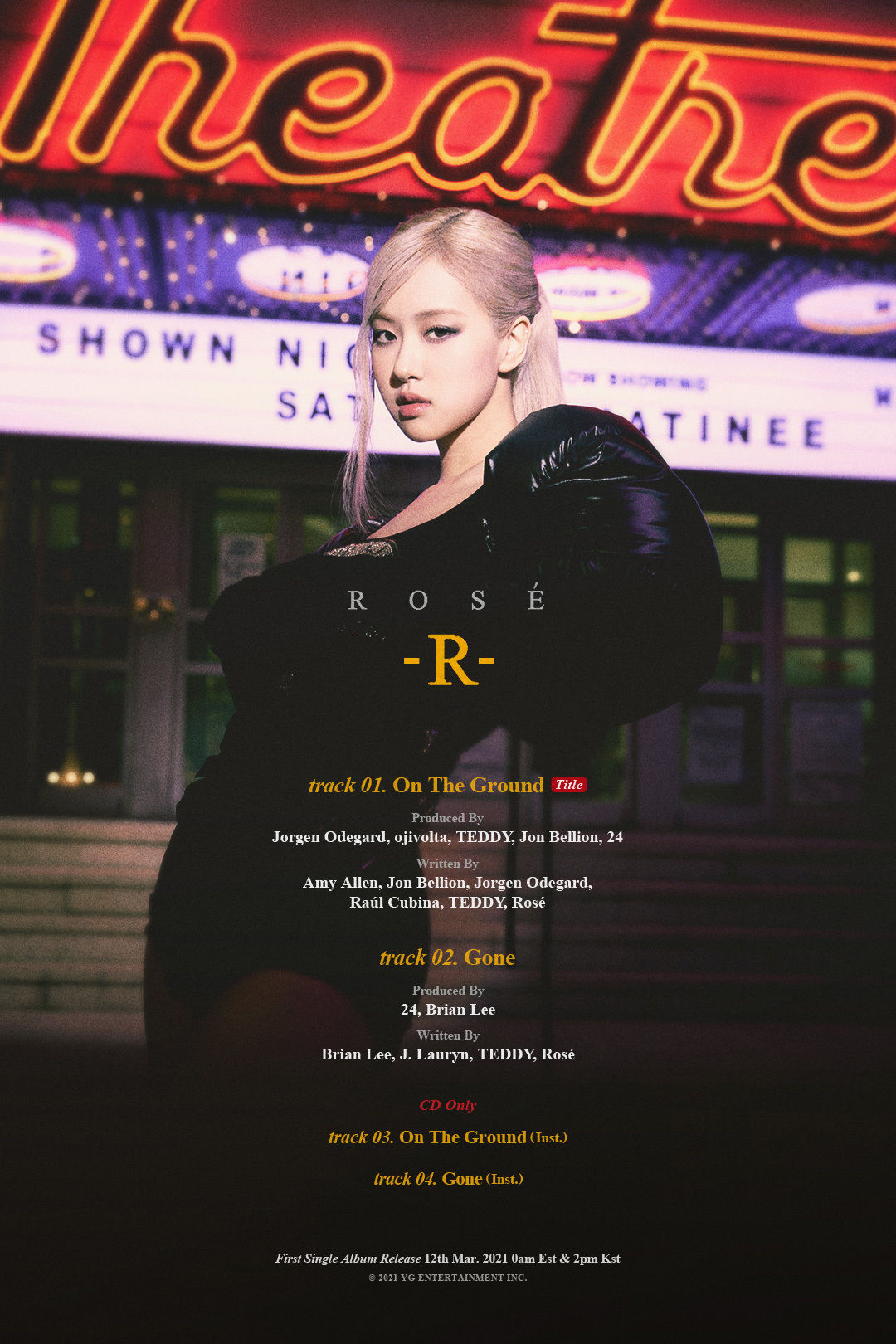 Countdown to the release here: