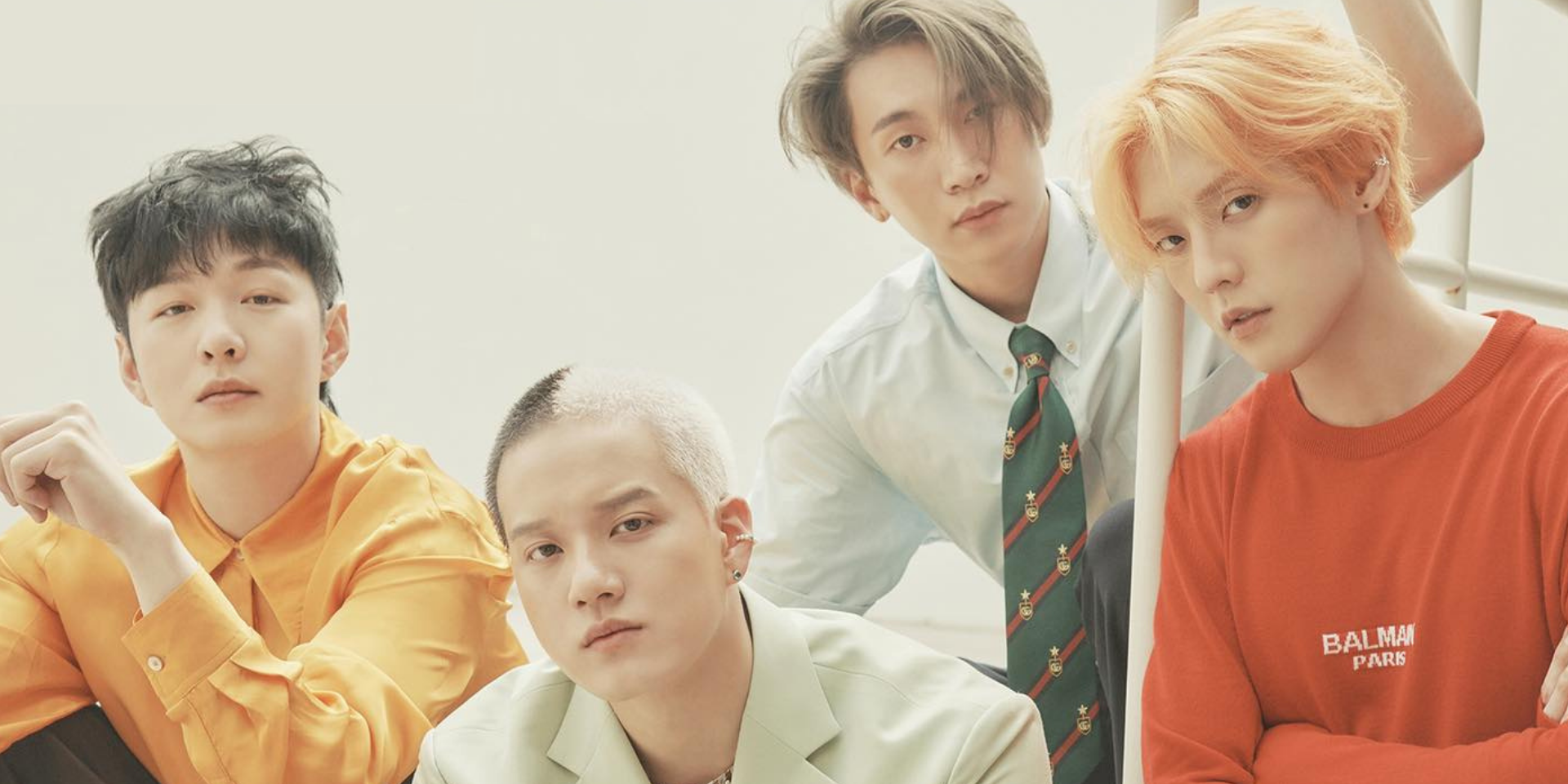 BTOB 4U are back with their new album titled 4U : OUTSIDE!

The BTOB sub-unit's album release was also followed by a music video for the album's title track, 'Outsider'.

The album is available in two different versions - Silent and Awake. It is available for purchase on YES24 for KRW 32,600.

At a showcase earlier today, member Minhyuk chose the words "dream", "healing", and "empathy" to describe the album.

Leader Eunkwang also shared about the making of the album: "We made new attempts with it, and we feel the title song 'Outsider' well-represents what we had learned from Kingdom."

The 'Missing You' act last appeared on the Mnet competition show Kingdom: Legendary War in April, which also starred groups like ATEEZ, Stray Kids, The Boyz, and more. Talking about the impact appearing on the competition had, lead vocalist Changsub shared that the show gave them the chance to try different things musically as well as exploring other things that they're good at.

When asked for their favourite songs on the album, member Peniel chose the track titled 'DREAMER'.

BTOB's last album release was their 12-track album titled Brother Act. in 2017. The 4-member sub-unit was formed in 2020 and comprises of the members who have completed their military service.

Listen to 4U : OUTSIDE here: