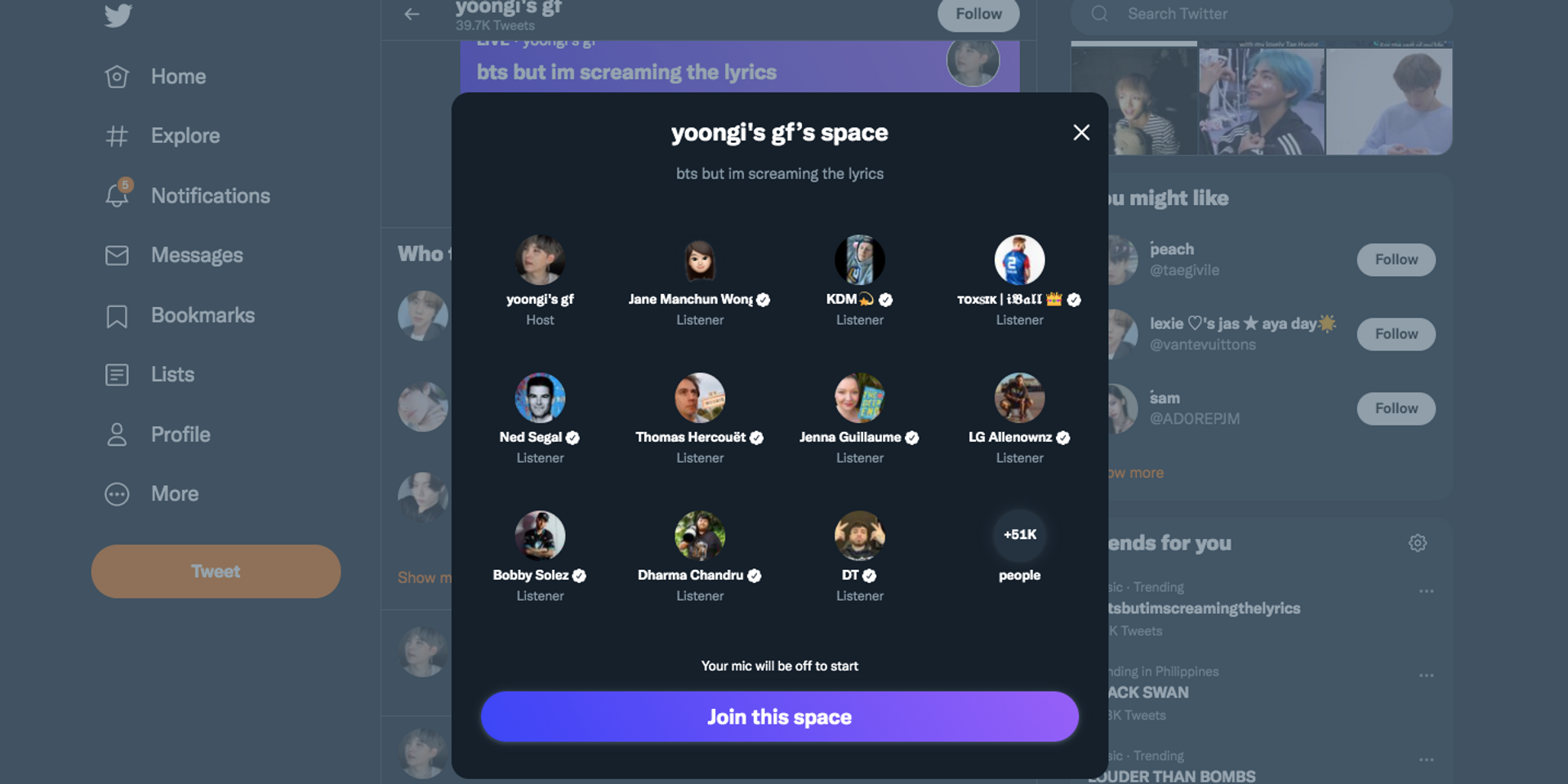 Twitter's live audio feature, Twitter Spaces is a great place to discuss social issues, talk to your favourite celebrities, or in the case of a particular fan, scream the lyrics of your favourite K-pop songs.

ARMY and curious bystanders all over the world have gathered to join a fan's random Twitter Space session where she performs BTS' popular hits, as well as beloved tracks from other K-pop acts like TXT.

Showcasing fan culture at its finest, the fan who goes by the username CARROTBUNK00, has attracted over 61,000 listeners to her space, including the likes of Twitter's CFO Ned Segal, Minecraft YouTuber GeorgeNotFound, and more.

join if u wanna lose ur earshttps://t.co/fsDmytxLzp

Check out how some BTS fans are reacting to the Twitter Space below.

This is Our Twitter Army ocen right now: #btsbutimscreamingthelyrics pic.twitter.com/F0yynDGdE0

the way louder than bombs, black swan, cat and dog, and film out is trending because of one army singing her heart out😭

Here's a BTS song you can scream to: