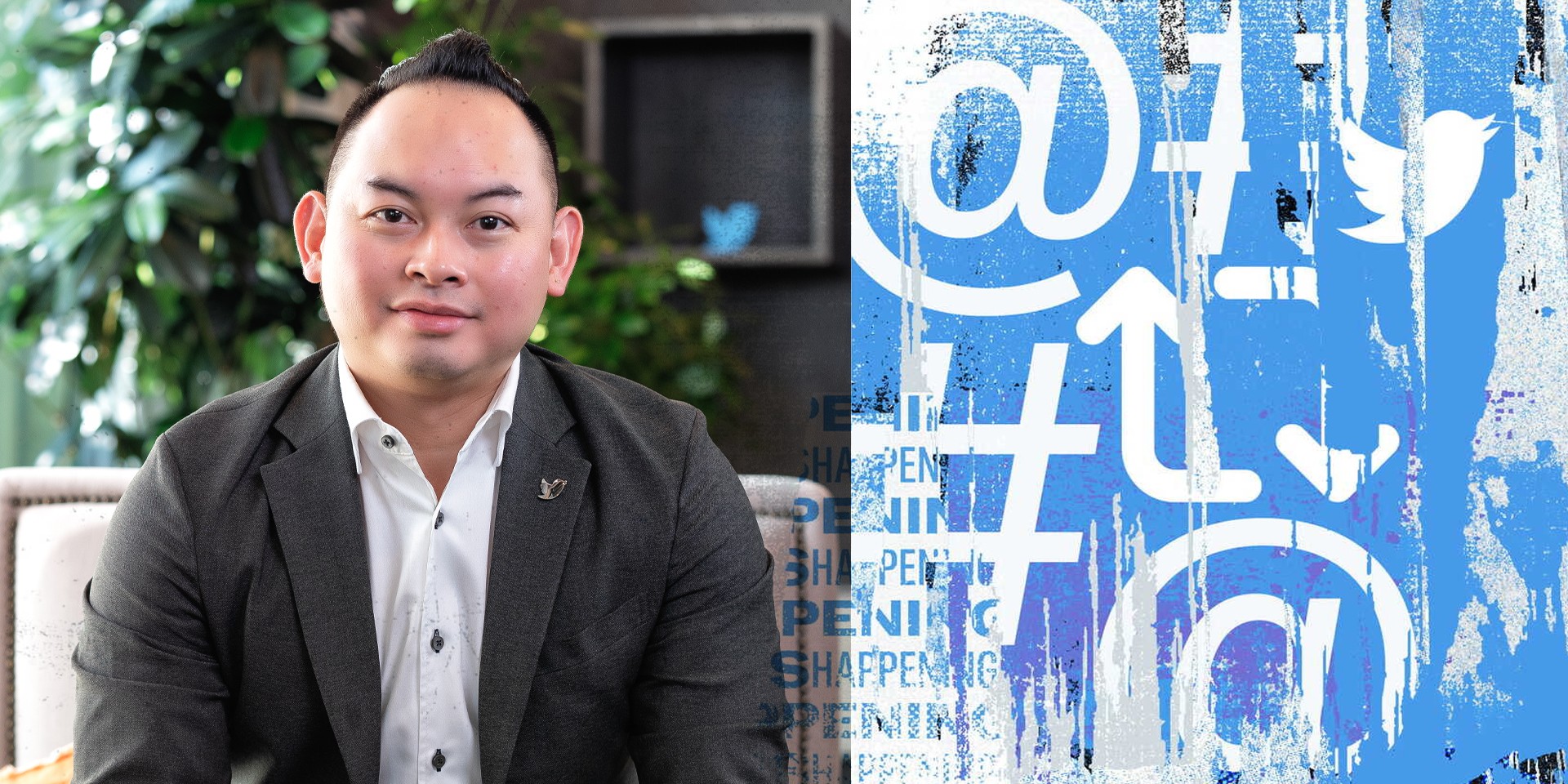 Social media has certainly helped bands and artists share their work with a wider audience across the globe.

It's gotten the likes of BTS, Ed Sheeran, Olivia Rodrigo, Bella Poarch, Mateus Asato, and Mellow Fellow, who all rose to fame on various online platforms, to the ears of millions of fans who'd keep listening and supporting them through thick and thin.

With Twitter, these fans are able to spread word about their favorite artists even further to become trending topics and record-breakers. But how else has Twitter helped to keep these tweeters chirping all day long?

Bandwagon caught up with Carl Cheng, Head of Entertainment Partnerships of Twitter SEA, to talk about the initiatives Twitter has launched over the past year to help artists grow their audiences, the behavior of fans and artists in this pandemic climate, and tips on how to keep on keeping on.

What kind of initiatives has Twitter done to offer artists the opportunity to grow their audience over the past year?

Over the past year, Twitter has been on a journey of innovation, introducing various new features that enliven conversations and convey messages beyond 280 characters. With these enhancements and new additions, artists can better engage with their followers in different ways, ultimately supporting them as they grow their audience.

Some of the features that we’ve introduced over the past year that artists have already taken advantage of to grow their audiences, include Voice Tweets, which we think help create a more human experience for listeners to relate to storytellers like their favorite artists. You can check out some examples of artists using Voice Tweets such as John Legend, Little Mix & BLACKPINK. 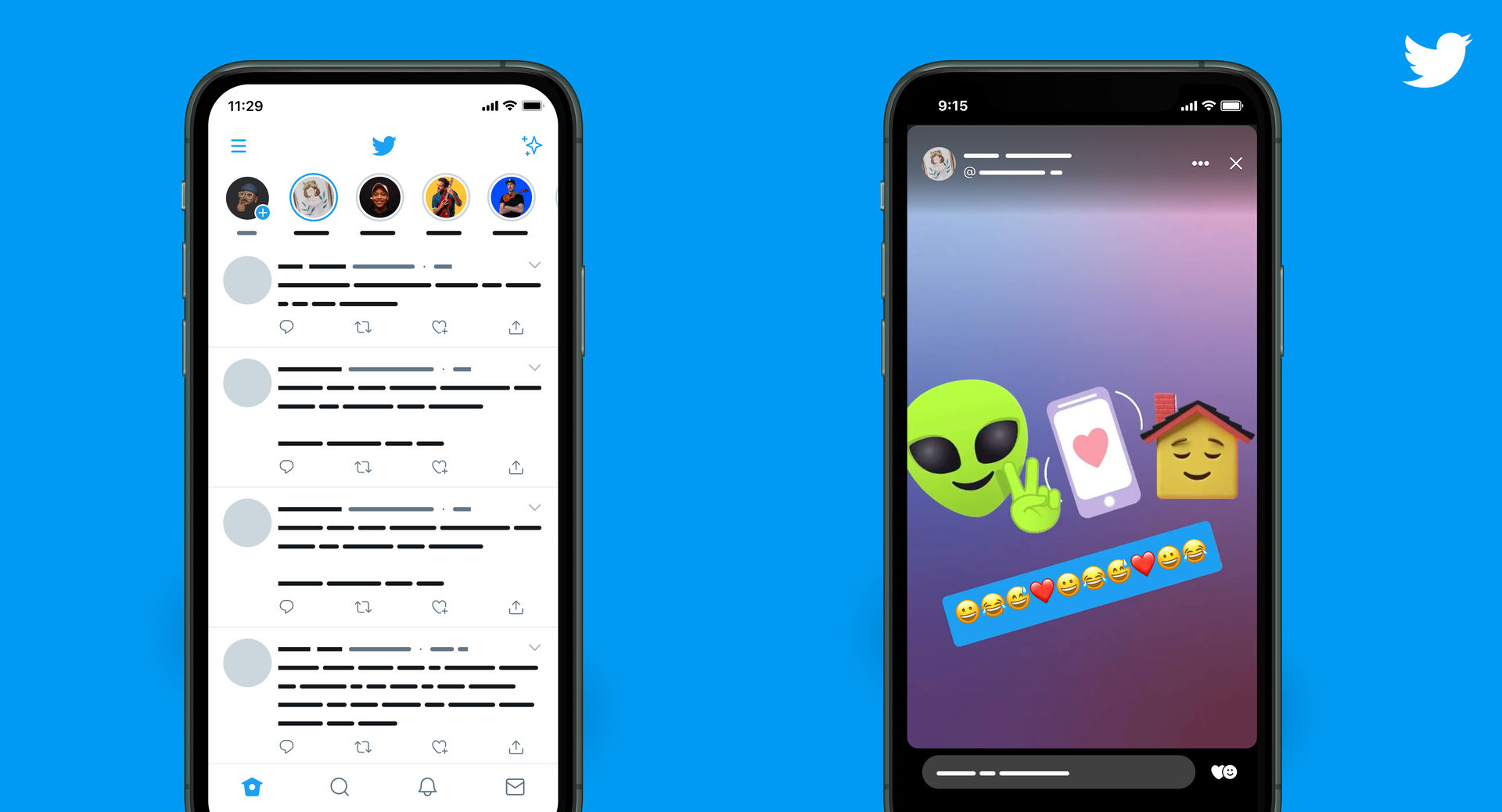 They also include Fleets, which has given artists ways to share photos and videos, as well as other Twitter content, in a way that feels more comfortable. Artists can feel more comfortable sharing personal and casual thoughts, opinions, and feelings, which connects them to their fans.

Recently we launched Twitter Spaces, which is where live audio conversations happen. These ephemeral, live audio conversations allow for open, authentic, and unfiltered discussions, and there’s a Space for any and every topic and conversation, from small and intimate to millions of listeners. Some of the examples of Spaces hosted by artists in our region since launch include Ben&Ben with Sony Music Philippines where they talked about their new single release and also invited fans as speakers and chatted with the band. One of the biggest Spaces that we’ve seen since launch was actually with K-pop band, NCT which had one of the largest number of listeners for a Space to date. 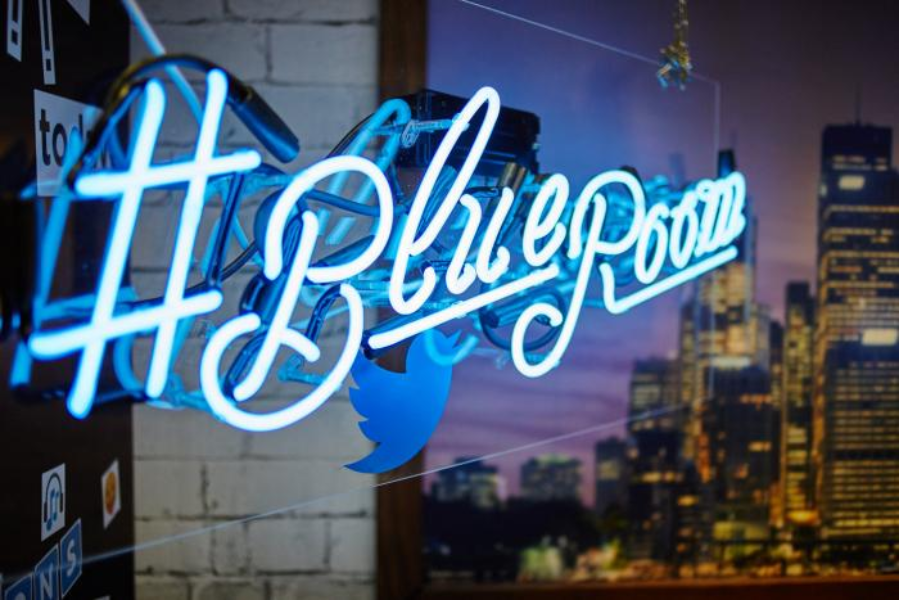 Finally, in the new normal, in K-pop we saw #TwitterBlueroom produce many of the most popular live stream viewing opportunities to get to know the top K-pop artists better. #TwitterBlueroom gave K-pop artists the ability to talk live directly to their fans on Twitter, as well as for fans to hear exclusive behind-the-scenes stories and other insights not available elsewhere. Artists like BLACKPINK appeared on the #TwitterBlueroom to promote their new single “How You Like That”, and even used it to give lucky fans content that was personalized for them. The #TwitterBlueroom session drew more than 2.2 million viewers from around the world.

Can you describe how the global pandemic has affected the artists' usage of your platform?

The pandemic has changed many things, including how artists interact with fans. Traditionally, physical events like concerts and meet-and-greets were the main platforms for engaging with fans on a more personal level but were cancelled when the pandemic hit, pivoting them to virtual counterparts. But because of this, the entire industry was forced to look at different ways to effectively reach their audiences on the same scale as pre-pandemic.

We have definitely seen a shift with our partners doing more livestreams and utilizing our various new interactive features such as Twitter Q&As and Twitter Spaces to help them stay connected to their fans & audiences.

Twitter has helped bridge the gap between artists and fans during the era of social distancing, bringing them closer together through various partnerships. Partnerships such as with 88rising supported their #AsiaRisingForever virtual concert last year as well as more recently with their #AsiaRisingTogether virtual concert that featured performances from Asian artists such as Rich Brian, NIKI, Kang Daniel, and many more.

We also worked with Bandwagon to help elevate local music with our collaboration on Bandwagon’s Life’s A Beach Virtual Beach Music Festival as well as the Youth Music Awards 2021 where Twitter was the exclusive social media platform for voting and where we support the live stream of the entire event as well.

Beyond Singapore, another example is our work with MYX in the Philippines to collaborate and support their MYX Awards for the past few years helping them drive awareness for the event with custom emojis, support for their event livestreams on Twitter and much more to celebrate OPM (Original Pinoy Music).

In order to connect with their fans during this time, we’re also seeing artists turn more towards #OnlyOnTwitter content like Twitter Q&As & Twitter Spaces, to name just a few, to drive conversations and more about album launches, key artist milestones, and other artist activities.

K-pop artists such as BTS, EXO, Blackpink, GOT 7 and local artists such as Agnez Mo, JKT48, SB 19, Ben and Ben etc. were among the top mentioned artists and also the key drivers for the growth of music conversation on Twitter in SEA.

When big events like awards shows and new releases take place, fans head to Twitter to show their support for their favorite acts. How does Twitter manage these sudden surges of users?

Twitter’s purpose has always been to serve the public conversation and be the place where people gather to talk about the latest news and common interests. We think it’s wonderful how our platform has grown and evolved beyond a platform with reliable news updates, to become one that builds communities. It is evident when award shows, and new music releases happen - you can see fans take to Twitter to have real-time conversations at scale. 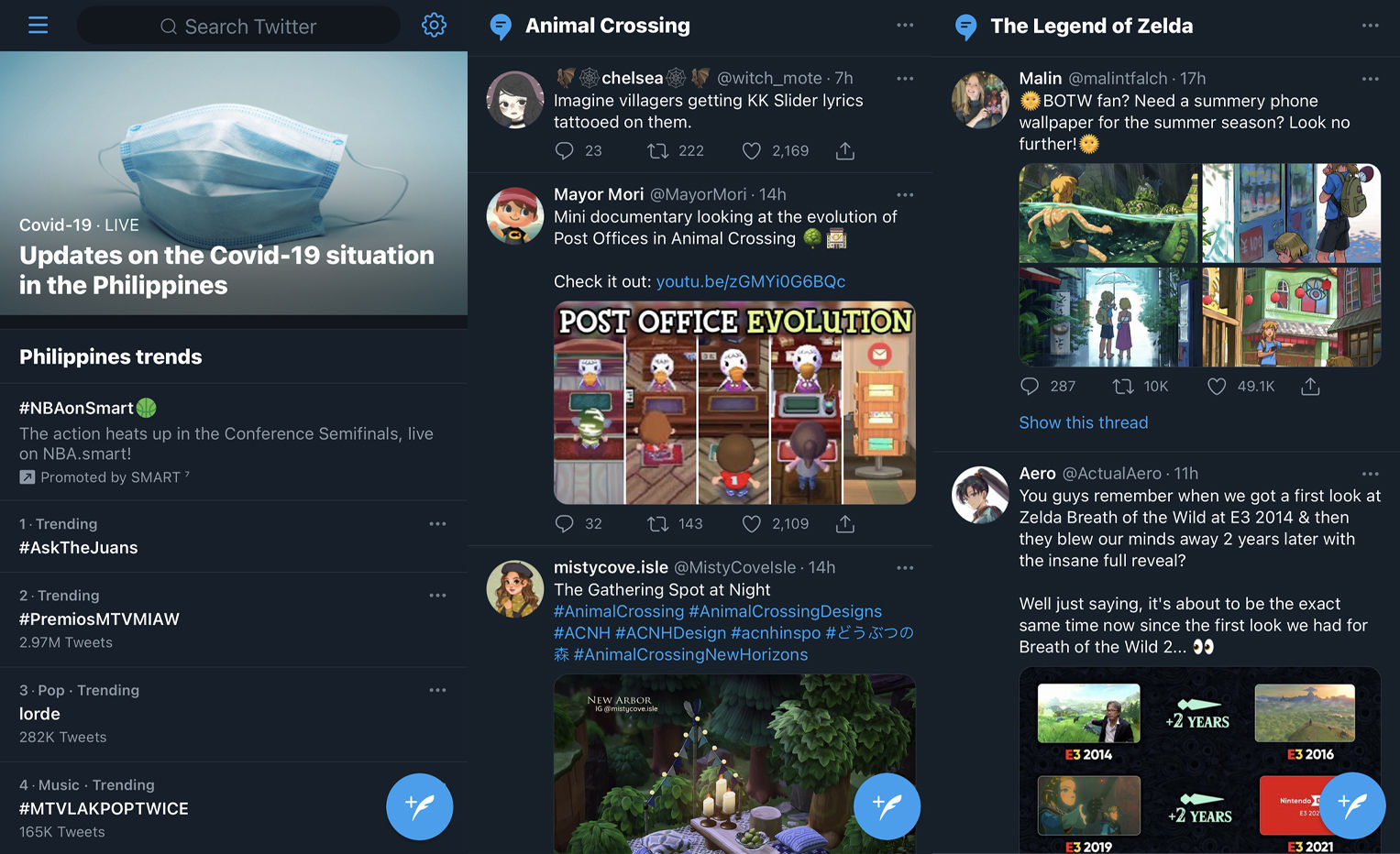 This surge of users and conversations do happen all the time on Twitter when there is something happening, and you can see what the world is talking about at any given time. Check out the explore tab to see what people are talking about right now.

What kind of lessons have you learned from the behavior of artists and fans on Twitter over the past year?

In the year of social distancing; we have found that more than ever, people have come on to Twitter to find communities to connect based on similar interests and not geographies, and it is evident in the music community. Music is the most talked about topic on Twitter globally. Similarly, another phenomenon we’ve seen on Twitter is K-pop and the massive fandoms that are on the platform conversing, engaging and mobilizing in support of their favorite K-pop idols.

Last year, Twitter celebrated more than 10 years of connection with the K-pop fan community, where we’ve watched it grow into a true global phenomenon with fans in so many different countries. Even in a year where the sounds of K-pop were not able to fill the arenas and venues that they typically do, the K-pop Twitter community set a new worldwide record of 6.7 billion K-pop related Tweets during the 2020 calendar year. Judging by the new record of Tweets in a year, as well as the fact that new markets continued to push higher in the rankings of markets talking about K-pop, means that fans’ passions continued to grow.

Are there plans to collaborate with other platforms for the benefit of artists struggling in today's climate?

Earlier this year, to celebrate the resilience of Singaporean musicians during this challenging climate, Twitter collaborated with Bandwagon for the Youth Music Awards 2021. Twitter was the exclusive social media platform for YMA voting, helping fans to recognize their favorite young Singaporean musicians.

Twitter also helped to livestream the YMA awards ceremony through @BandwagonAsia, as well as made available special emoji to support YMA 2021 throughout the month of March 2021. With this collaboration, we wanted to provide a platform to help elevate, recognize and showcase these amazing local musicians in our effort to promote Singaporean music.

Beyond that, we also do work with labels & artists on supporting their new releases on Twitter. One example was with PARADISE RISING, a new label launched as a partnership between 88rising and Philippines-based mobile provider Globe, dedicated to establishing a presence for Filipino artists globally.

We worked closely with PARADISE RISING on their first mixtape titled semilucent that featured artists such as Kiana V, Jason Dhakal, Leila Alcasid, and more. The goal was to drive awareness for the release as well as introduce these artists to a wider audience. We provided a custom emoji in conjunction with the release to help drive conversations around it as well as conducting a Twitter Q&A session with the 5 artists on the release, which was all done remotely, to allow them to interact & connect with their fans no matter where they were in the world.

We find such collaborations very meaningful and seek to do more of these in the future to help support our artist communities.

Does Twitter have more plans to further help the entertainment industry, especially in these strange times?

We are always thinking of ways to innovate and recently, we introduced Tip Jar, a new way for people to send and receive tips, which can be a source of support for creators during these strange times. We wanted to make it easier for people to receive and show support for one another beyond Follows, Retweets, and Likes on our platform.

Tip Jar was just a first step in our work to create new ways for people to receive and show support on Twitter. Tip Jar is currently in beta and we plan to make Tip Jar available to more people in the coming months.

This is in addition to Twitter Spaces which I mentioned earlier which we recently rolled out allowing artists, talent & creators to better connect and engage with their fans & audience through meaningful live audio conversations. Scheduled Spaces which was launched 2 weeks ago allows for users to schedule a Space for later and listeners can subscribe to get a reminder at start time. These are just some of the innovative features we are working on to help artists & talent build a deeper connection with their fans & audience during times when live events and interactions are not possible.

Optimize the organic reach of your followers. While corporate businesses typically shut down on the weekends, remember that your fans are always on.

Twitter is a conversational platform and a perfect place to forge 2-way connections with fans. Join the conversation. Be responsive to your fans and leverage the various immersive tools Twitter has to generate conversations of your own. Twitter is where fans go to, in order to get closer to the artist they love. The Retweet is the new autograph.

Interact with your fans

For more, check out our Twitter Media site (media.twitter.com) which is a definitive guide to help you get the most out of Twitter.