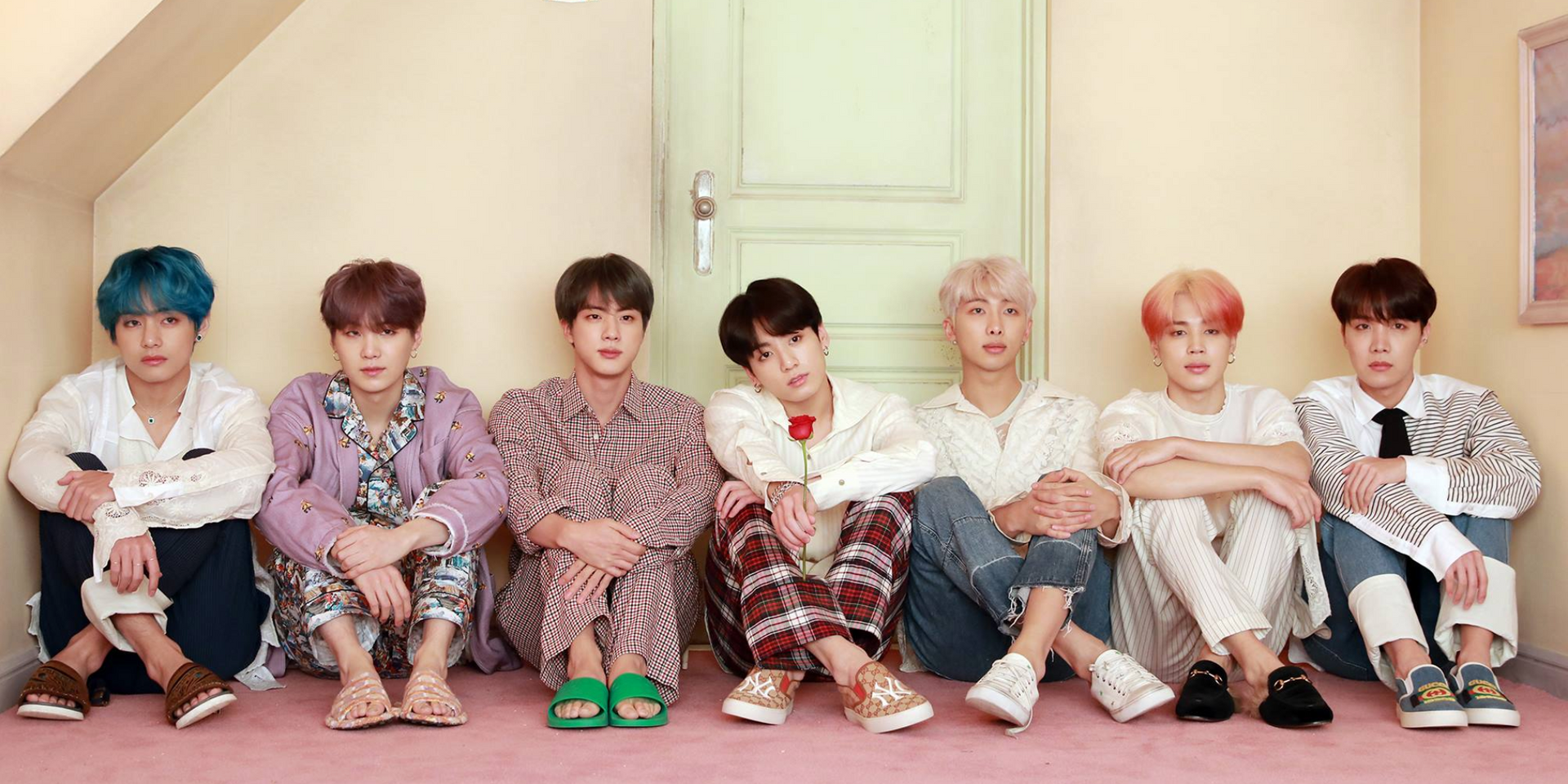 When BTS debuted in 2013, they were a far cry from K-Pop stardom. Rather, their music was categorized as hip hop and R&B and accompanied with intriguing lyricism and concepts revolving around youth, life, and the challenges in between all the dreams and chaos. In their debut album 2 Cool 4 Skool, their single 'No More Dream' was a message from a younger generation to another, withstanding the rules of society and living rebelliously. The idea, on its own, is reflective of a child’s sense of independence as it treads with ambition and naivety.

BTS: From One Rap Monster To Another

Nowadays, BTS is dominating worldwide music charts, selling out stadiums all over the world, the first K-Pop boy group to present at the Grammy Awards, and are set to take the top spot on the Billboard 200 with their latest release, Map of the Soul: Persona. They prove once more that, regardless of the language barrier, there are voices worth hearing if you listen closely.

They’ve come so far and, personally, I am so glad that I listened to 'Run' and 'DOPE' years ago when I discovered their music from a friend. It has been an overwhelming ride; from keeping my eyes peeled on Twitter for comebacks to attending their concert by myself. The adrenaline rush is worth every moment we see them genuinely happy with where they are now.

Garnering major accomplishments within 6 years, they continue to express their gratitude to their fans. Now, it’s in the form of a 7-track mini album stacked with ideation and heavily based on Carl Jung’s Map of the Soul -- focusing on the archetype of Persona which is the mask or public image of a person as a result of social adaptation.

Persona (the album) unravels the truths behind their journey towards success as artists and sends a very personal message to anyone who strives to tread a similar path. As quoted from French biologist, Louis Pasteur, “fortune favors the prepared mind” but the question that follows is: at what cost? 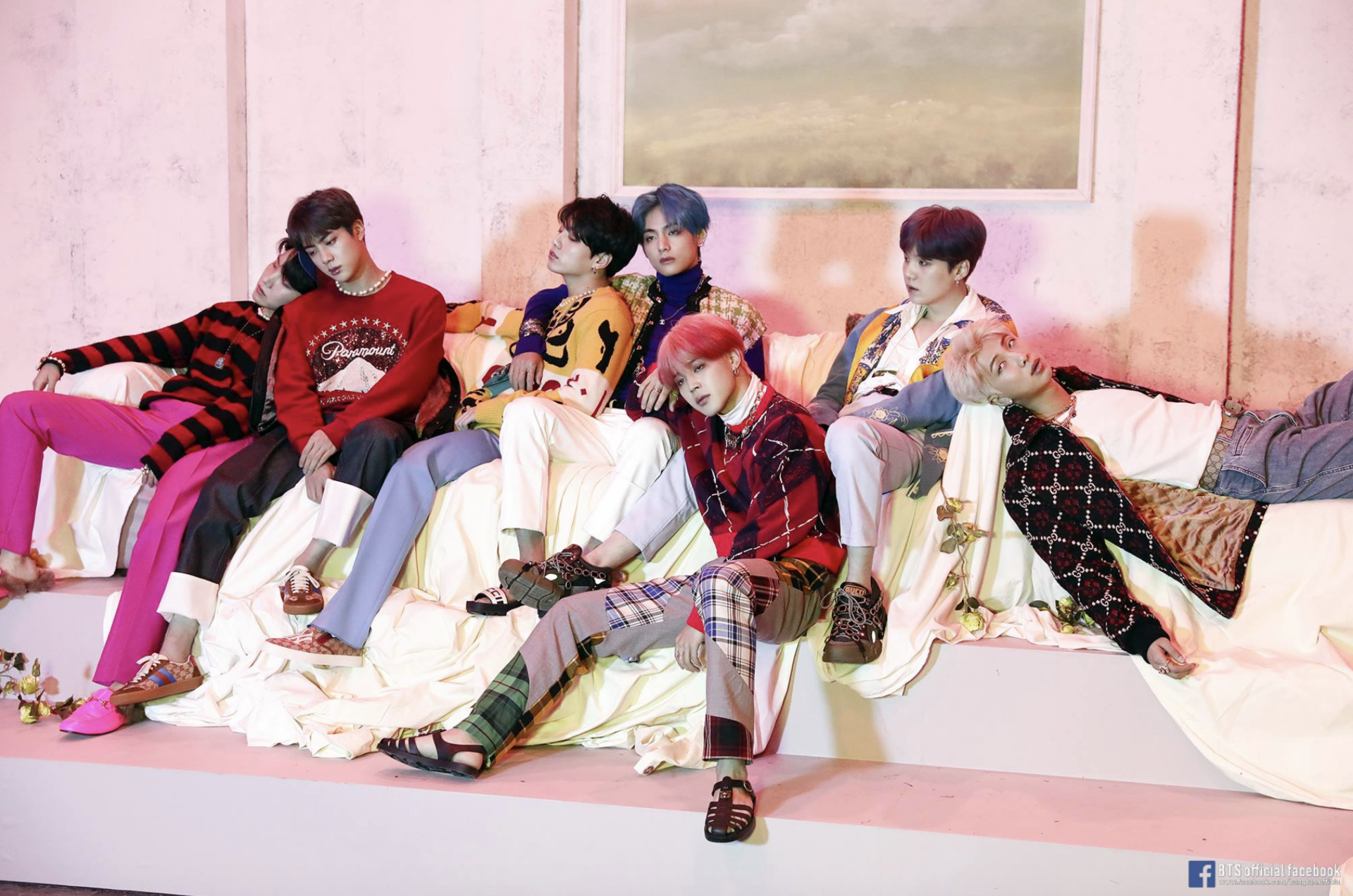 At the beginning of the album, we witness a reassuring, collected side of RM in 'Intro: Persona' which is a mature, grown-up follow up to 'What Am I To You?', his intro track for their first full album Dark N’ Wild. He begins by asking a rhetorical question: "Who am I?" He refuses to pause for an answer in these lines:

If I could answer with a few words,

I don’t think God would have given us so much beauty.”

As he goes on, he stays humble and confides with us his own flaws:

Someone like me ain't good enough for the truth

Someone like me ain't good enough for a calling

Someone like me ain't good enough to be a muse”

Apart from rock guitars, video game samples, touches of old school hip hop, and a fantastic music video where Kim Namjoon stands in themed sets and dons outfits from BTS’ different eras, this track allows us to question our own existence, purpose, and whether the answers matter or don’t. Additionally, 'Intro: Persona' shows another side of RM; one that veers from his melancholic, sentimental playlist mono.

Here, we rediscover the power of vulnerability and being grounded in our beliefs which RM himself shared during his empowering speech in the UN General Assembly. There’s a bit of everything in this album, let alone from this powerful opening.

Collaborations, connections, and an open heart to change

Diving into the sweet tunes of summer, we dip our expectations and reservations in 'Boy With Luv'. The title track features American pop artist and avid K-Pop fan Halsey who sings the entire chorus in English and Korean. As good as it sounds, we are relieved to see this as incomparable to Nicki Minaj’s clashing entry for the remix of 'IDOL'.

The title ‘Boy With Luv’ suggests an alternate perspective to one of BTS’ early tracks Boy In Luv which had its share of controversy. The Korean title, however, defines the track as a heartfelt present: A Poem for Small Things (작은 것들을 위한 시). The track is more than a declaration of affection but an awakening, beckoning that “love is nothing stronger than a boy with love”. The lyric highlights that actions and gestures are more meaningful than the ideas we attach ourselves to.

In the music video, Halsey trades a rebellious, edgy image for a soft, bright aesthetic with her cotton candy pink hair, the boys’ colorful outfits, and a set that resembles a contemporary pop art showcase. Several scenes pay tribute to the film Singin’ In The Rain and, if you look closely to the teasers, the 1952 musical film poster can be found behind Jin.

'Make It Right' also shares a significant amount of Western influence in this album. Ed Sheeran leaves bread crumbs of his sound, dabbling in BTS’ branding and producing a piece of work reflective of his oeuvre without a microphone and guitar. At the end of J-Hope’s verses, he claims how he’s “singing to find you” and that proves how their search for support, faith, and inspiration continues even at this point.

These collaborations were definitely their next step as they’ve self-composed and produced their previous albums -- stepping out of their comfort zone to reach greater heights and opportunities. Coincidentally, Halsey and Ed Sheeran made their own adjustments to bring their vision into fruition.

Perhaps, this decision aligns with their Love Yourself campaign which continues to “speak yourself”. There are more than billions of voices in the world waiting to be heard.

Retracing steps back towards familiarity and solace

To lighten the mood and divert to a daydream-like vision, we bask in the starlight of 'Mikrokosmos'. The track creates the mental image of galaxy surrounded with a sound that’s reminiscent of 80s rock and synth pop. The meaning behind this song is beyond the vocal unit’s power to make it pitch perfect. During the chorus, Jungkook sings “the deeper the night, the brighter the starlight”. This creates an impression of a lullaby shadowing the harsh reality that lies beneath it.

Like a small universe, it seems the mini world or community they’ve created with their fans provides them with the comfort they need enough to thrive even during the most challenging trials. In return, their fans resonate with them as well.

Feeling safe and sound, BTS continues to build a shelter with 'HOME' -- heavily influenced with old school R&B, establishing an open definition of “home”, and implying that it’s any space where you can find comfort and recourse.

RM starts off with a commonly used statement: "I'm exhausted man [...] I just want to go home". Suga also carries the weight of a familiar line from 'No More Dream' which involved “big house, big cars, big rings”. Instead of repeating how he had “no big dreams” from NMD, he shares that there will always be something missing and that’s why he still leaves his door open for anything that may happen. Truth be told, there’s no place like home. 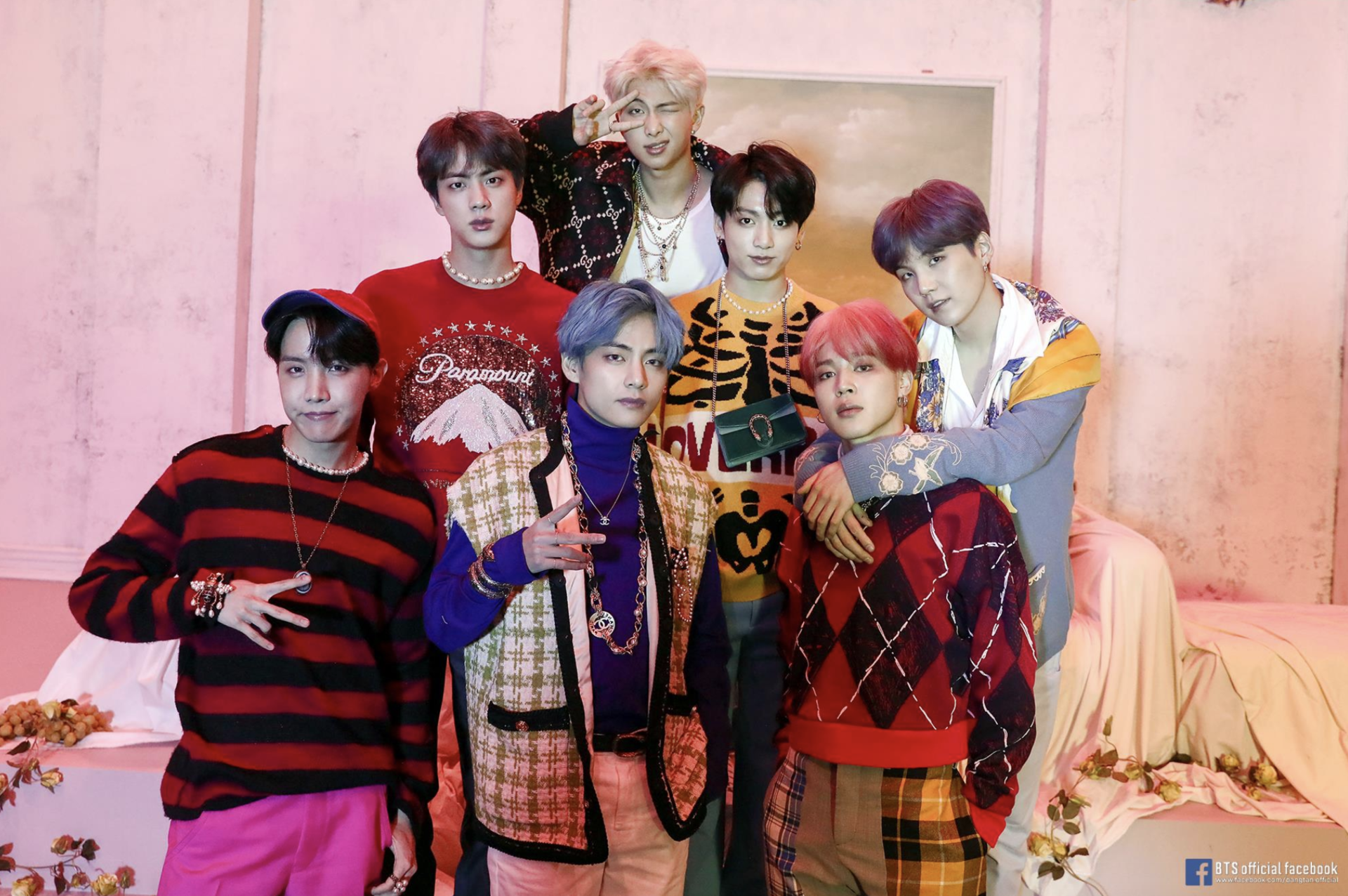 The flight of Icarus and an alternate ending

Returning to Carl Jung’s Persona, the archetype belongs to the individuation process which is a psychic process that builds up to a deeper, unique realization of one’s self. To truly understand yourself, you need to gain a certain level of self-awareness.

In 'Boy With Luv', we hear a familiar reference to Greek mythology when RM thanks his fans for giving him the wings of Icarus. Apart from the obvious, the line defines more than gratitude and inspiration in wings of feathers and wax. This is where we divert our attention from the limelight and right to the secrets hidden behind stage curtains and

'Jamais Vu' enables more than healing and recovery -- it allows us to run in a painful cycle before we hit overdrive or find a way to fully redeem ourselves. Jin, Jungkook, and J-Hope fill this track with angelic vocals and melancholic verses. Specifically, J-Hope proves his lyrical chops as he delivers, with a heavy heart, “every word I say scares me” and slowly turns into his Jamais vu.

With his mixtape, Hope World, we are captivated by how imaginative he is as he grooves to his own euphoric beat, carefree lyricism, and wonderful aesthetic. 'Daydream may serve as a one-time occurrence that makes us anticipate it, catching us in an illusion of our own aspirations and desires until we wake up to reality. There, we may find ourselves in a cycle of first-time experiences that seem all too familiar.

Maybe, or somehow, that’s one of most unsettling parts of growing up: dealing with expectations that challenge our faith. Taking a note from Jung's archetypes, when the persona has been excessive, then our social mask wears out until it completely disappears from our face and of the entire planet. However, when will we distinguish our masked self from our true identity?

At times, we can be too preoccupied with social norms and unbelievably high demands. 'Dionysus' sheds light (or wine) on this matter, putting the face of a party song to cover the image of an artist intoxicated by industry standards. Suga dousing the entire track with a personal footnote, as if speaking drunkenly with a strong desire to be heard:

Born as a K-pop idol

Reborn as an artist

What does it matter if I’m an idol or an artist, cheers

The new record is the fight against oneself, a fight yeah

Toast to this, one shot

In Agust D, Suga exclaims a similar statement and still struggles in a battle within one’s self: the artist against the entertainer and vice versa. The fight is inevitable but, in a disarray of chaotic moments, there will always be a glimmer of light waiting to greet us with warmth and anticipation.

Unconventional, ambitious, and yet a masterpiece of its own kind: this is what Persona strives to be and has become. Similar to the the human psyche, no one and nothing was built to perfection. Flaws, quirks, and deviance make up a greater construct; one that can never be seen until we have fully learned ourselves and the areas that contribute to our growth, stagnation, and overall well-being.

Over the years, BTS has received rounds of applause and praises with their highly-rated and sought-after releases. This time, they take a break from the limelight to break a larger wall that divides us from the truth, a source of pure happiness, and an unfiltered image of ourselves.