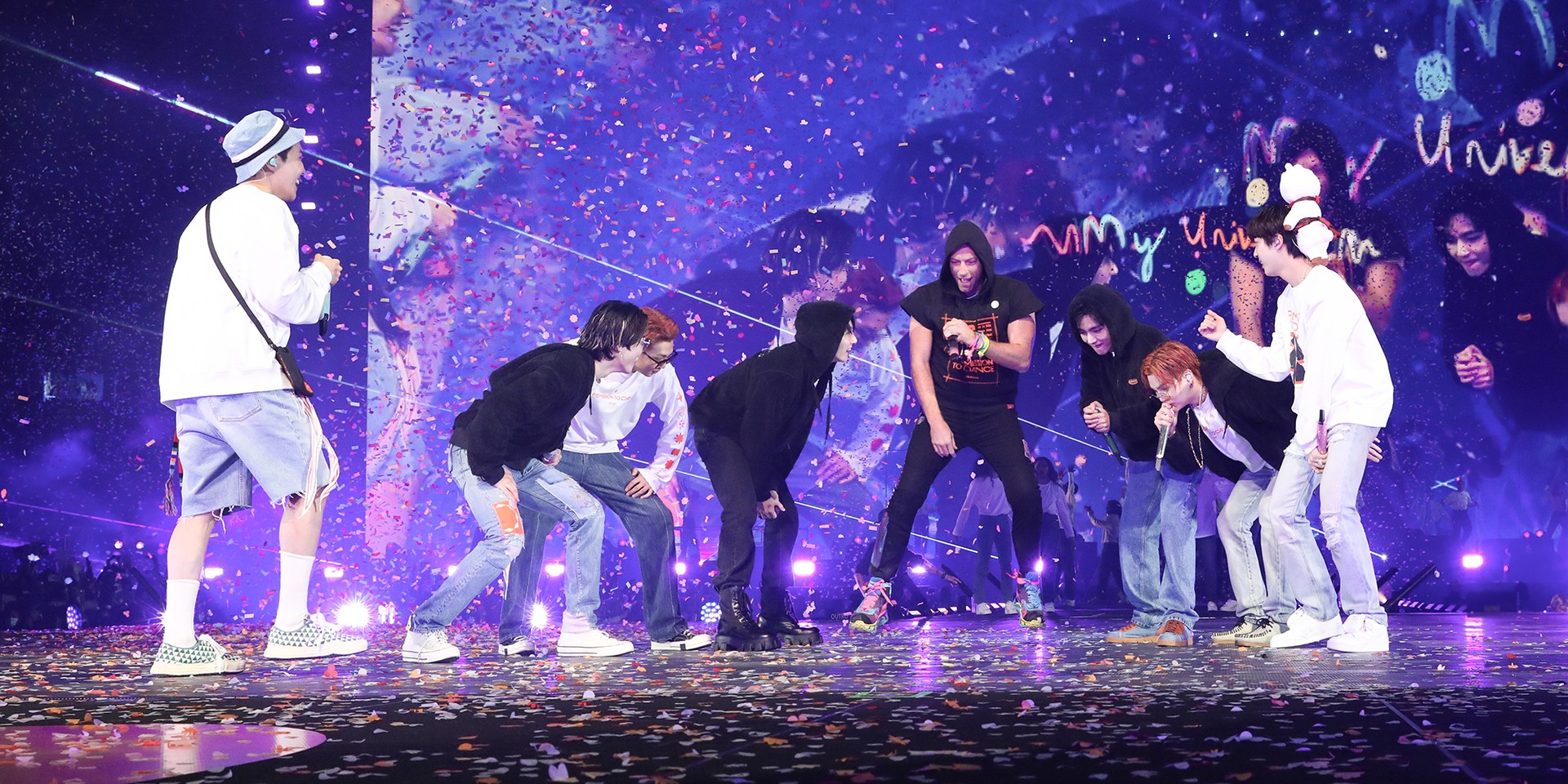 It may have been the last day of BTS' PERMISSION TO DANCE ON STAGE in LA concert series but ARMYs - whether you're part of the 50,000-strong crowd at SoFi Stadium (Team SoFi) or the hundreds of thousands tuned in across the globe via VenewLive (Team Sofa) -  have a bunch of reasons to smile about heading into the weekend.

From the surprise guest and performance to the highly-anticipated concert announcement, here's what went down on Day 4 of PERMISSION TO DANCE ON STAGE in LA. Hearts and Moons for Jin

The 'Yours' singer turns a year older on 4 December, and as a touching surprise, fans covered their ARMY Bombs with hearts for Jin during his opening ment.

SEOKJINS’S SURPRISED REACTION TO THE HEARTS FOR JIN REACTION PLEASE HE TEARED UP AT THE END 😭😭😭😭 pic.twitter.com/yUrp6YJyOs

In his closing ment, the SoFi Stadium turned into a sea of moons for Jin, backed by a special birthday song from the BTS members,  in honour of his Map of the Soul: 7 solo track and love letter to ARMY, 'Moon'.

For the encore, BTS performed 'Home,' as well as 'Mikroskosmos' - a song they haven't performed to a live audience since 2019's Love Yourself: Speak Yourself (The Final), and 'Permission To Dance'. Just when fans thought it was finally time to say goodbye, Coldplay's Chris Martin stepped on stage to join BTS for a performance of their Billboard Hot 100 number 1 hit, 'My Universe'. Their Map of the Soul World Tour had been officially cancelled, but as RM said, "Finally, BTS is officially back!".  After wrapping up their 4-night residency watched by over 813,000 fans, the two-time GRAMMY-nominated group will be taking over live stages again soon starting with concerts in Seoul, Korea in 2022.

During their closing ment, SUGA also promised to see ARMY all over the world as soon as they can. "We'll go to wherever you are," the rapper says.

"However, I've a good feeling abt this. Soon we'll be able to tour all arnd the world & doing stadium tour again. We'll go where ever you are, thank you ARMY, I love you."

In Min Yoongi we trust. Seoul, 2022 is the start. @BTS_twt world tour 🙏💜 pic.twitter.com/nFYpeFufN5

Relive PERMISSION TO DANCE ON STAGE in LA here: