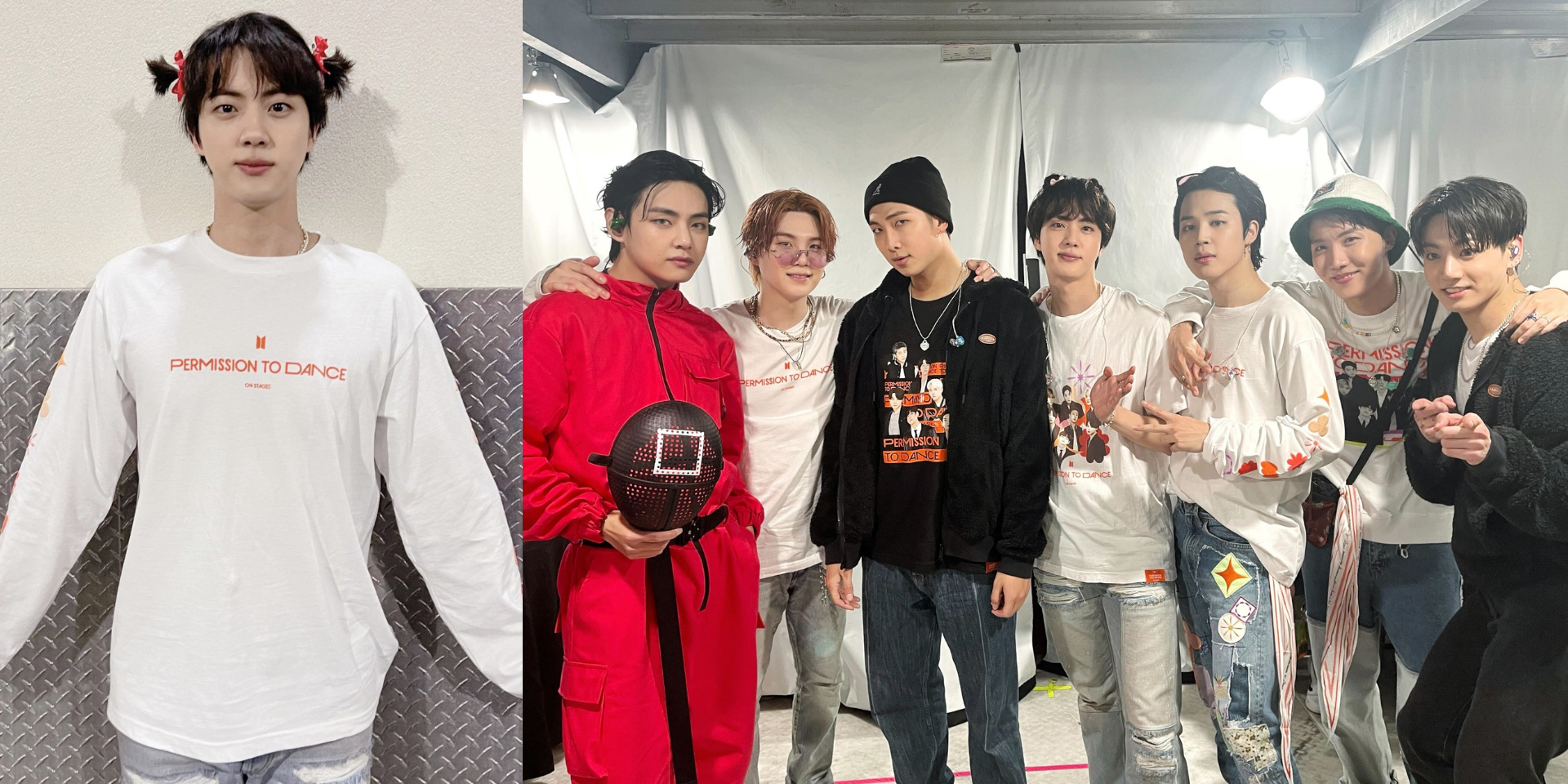 BTS' Jin had fans wondering what his encore look would be like today (29 November), after sporting a "flower look" on Day 1 of their PERMISSION TO DANCE ON STAGE in LA concerts.

This time, BTS' resident Worldwide Handsome had his hair tied up in pigtails, and channelled his inner Doll persona while his bandmates sang the 'Red Light, Green Light' song from Squid Game.

NOT THEM DOING THE REDLIGHT GREEN LIGHT FROM SQUID GAMES CAUSE JIN’s PIGTAILS 😭😂 pic.twitter.com/5F8TXDG0oT

After the concert, Jin took to Weverse to share a photo of him imitating the pose of the Doll with the caption "Hibiscus Jin has bloomed" in reference to the lyrics of the song from the hit Netflix series. Following Jin, V also decided to bring some Squid Game on stage by dressing up as one of the gamekeepers as part of 1 December's encore stage.

FUCKSHSHD I NEVER KNEW I NEEDED TAEHYUNG IN A SQUID GAME COSTUME BUT YES SIR YOU LOOK GOOD #PTD_ON_STAGE_LA_Day3 pic.twitter.com/pvqTabf09i

Netflix revealed that it was their "biggest show at launch" surpassing 100 million views when it premiered. League of Legends' animated series Arcane has since taken the top spot.

Meanwhile, BTS will be taking a quick break before returning to the live stage for Days 3 and 4 of their PERMISSION TO DANCE ON STAGE in LA concert series. The two-time GRAMMY-nominated act will be performing on 1 and 2 December at the sold-out SoFi Stadium. The final day (3 December at 12:30 PM KST, 10:30 AM JKT, 11:30 AM PHT/SGT) will be livestreamed globally via VenewLive. Find out more here.