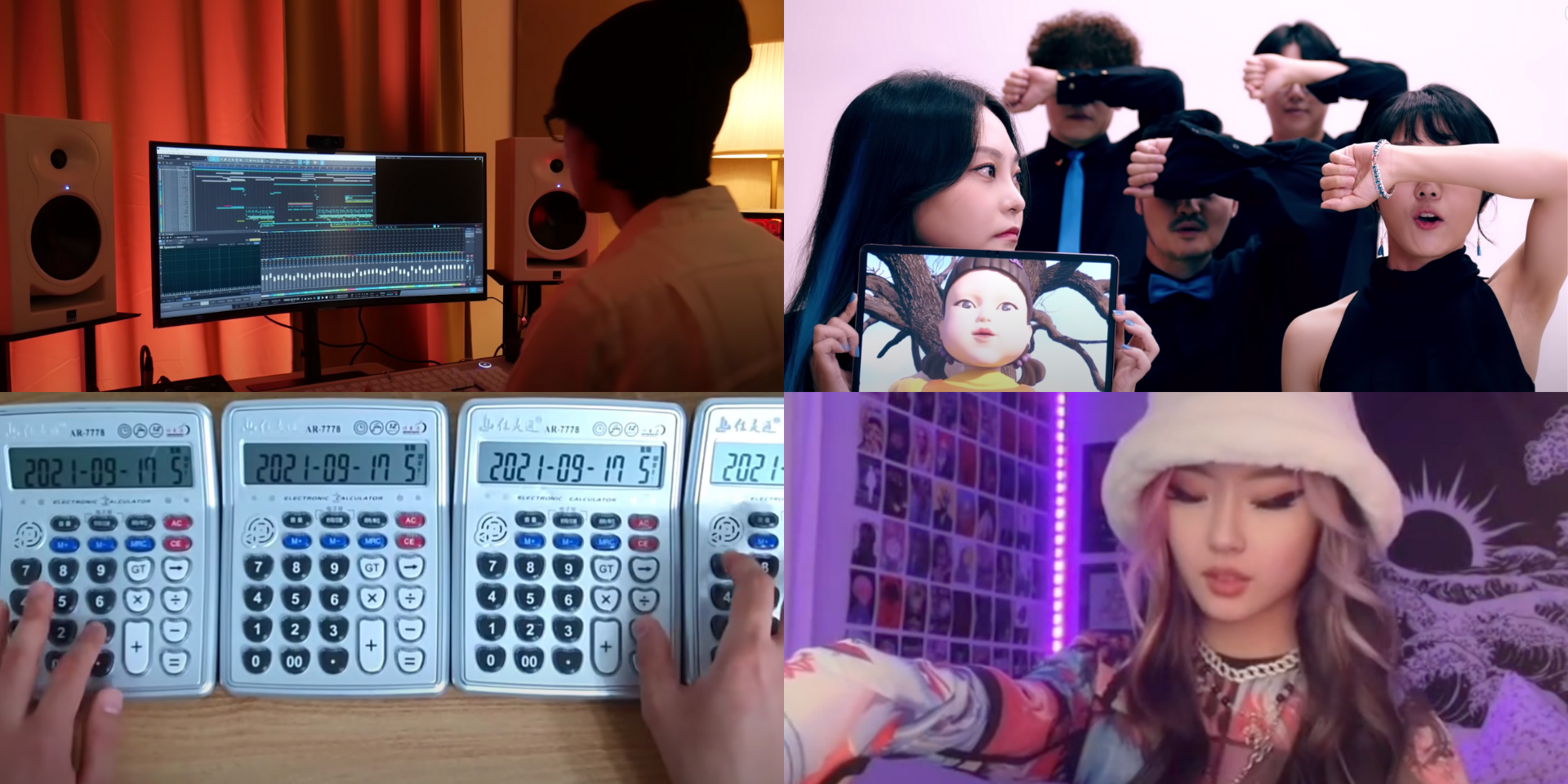 Move over Money Heist and Bridgerton – a new show is taking over Netflix, and it’s none other than South Korean series Squid Game. The part-drama, part-horror show tells the story of 456 players who sign up to take part in a game where the winner walks away with a grand prize of KRW 45.6 billion. The catch: in order to win, you have to be the only one who survives.

While the intense characters, gory scenes, and shocking plot twists are highly talked about now, the show’s soundtrack is also a major trending topic. Comprising 20 tracks in total, snippets of the songs have made their way onto social media, taking over For You pages on TikTok and trending on YouTube.

Of course, all kinds of music artists from across the globe haven't been able to resist putting their own spin on the tracks. In this list, we’ve compiled some of the best Squid Game soundtrack remixes that have been making waves on the internet since the show's premiere. Have a listen, and let us know what you think!

The opening verse of the Red Light Green Light track is definitely a top contender for earworm of the year. Acapella outfit MayTree starts off their performance with that very song, before transitioning into the various addictive tracks from the series. Impressive doesn't even begin to describe the one-minute production.

From smooth harmonies to incredible sound effects, one would actually believe a complete orchestra was performing instead of an acapella group without instruments.

If you've never watched or listened to calculator covers, it's time. Making use of calculators to create music, this YouTube channel has amassed more than 500,000 subscribers, with their video for the Squid Game OST already racking up more than 1.5 million views.

Featuring the occasional thumping of the table, the cover is mainly made up of beeps and chimes from digital calculators. Who knew that these devices would be capable of producing such tunes?

Indonesian EDM trio Weird Genius' Eka turns the Red Light Green Light track into a club hit in this captivating remix. Beginning slow and gradually transforming into an uptempo banger, the remix has already received more than 500,000 views on YouTube. The creators of the track probably never envisioned the song being played in a club, but this remix definitely sounds like it'd fit right in.

Fans also expressed their love for the track by talking about it in the context of the show. For those who have yet to watch it, Red Light Green Light is a game where players have to freeze when it's "red light".

Put together two of the biggest songs on the internet right now and you have an instant hit. Malaysian DJ jovynn has more than 3 million followers on her TikTok page, where she uploads different mixes and mashups of popular tracks. Her latest viral TikTok is a remix of Red Light Green Light and BLACKPINK's LISA's hit single 'Money', which go together surprisingly well. To date, the TikTok post has more than 7.8 million likes.

This five-minute remix by Samuel Kim has us wanting to rewatch the series yet again. Successfully encapsulating the tumultuous emotions of the show, the haunting track might as well be a theme song for Squid Game.

Suspense, thrill, and fear are just some of the feelings expressed in the EDM song. Entirely arranged by Samuel Kim himself, it's completely understandable why the video has more than a million views.

Squid Game is now streaming on Netflix, check out the trailer here: