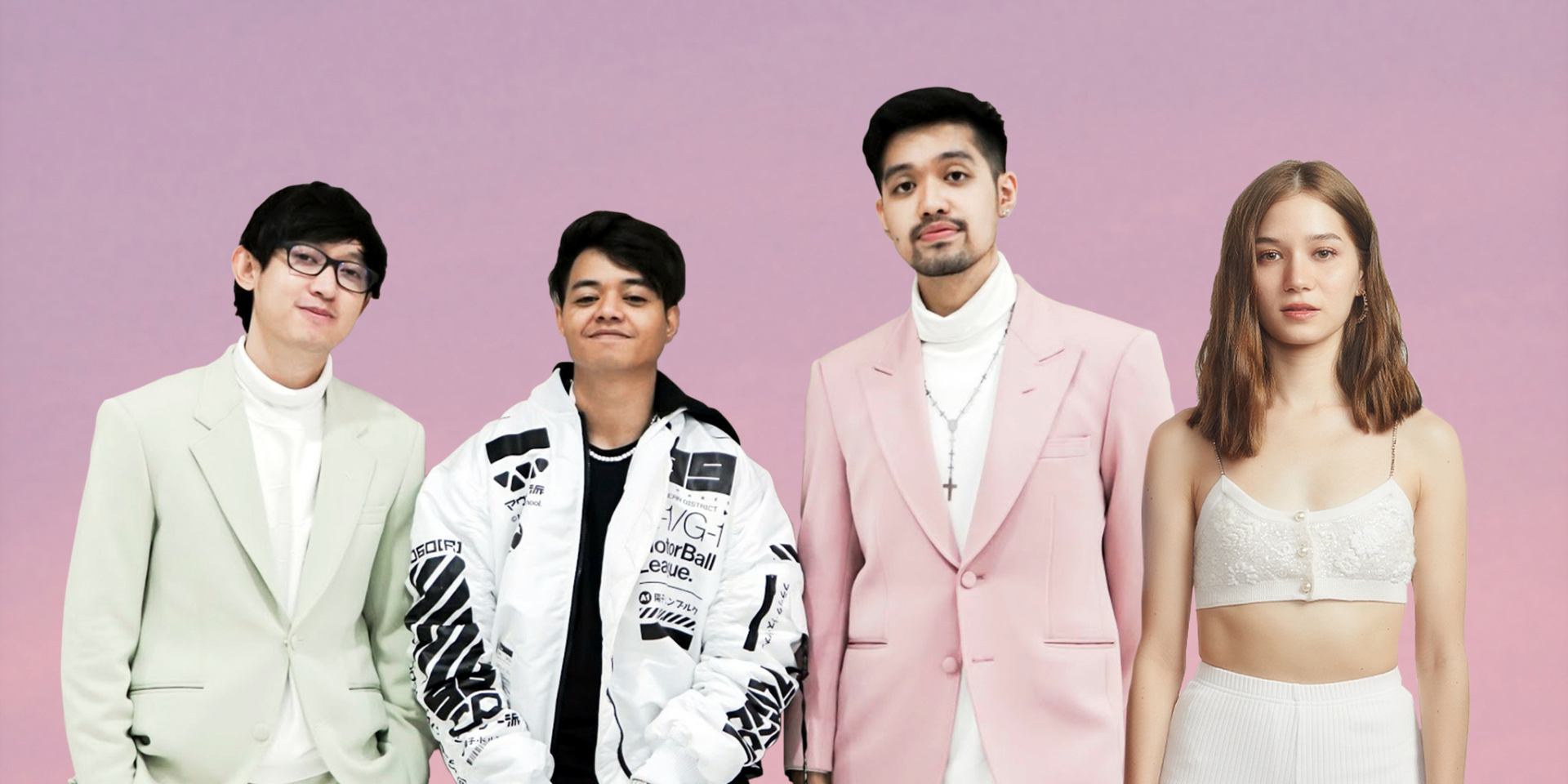 Released on 10 September, 'Future Ghost' is an electronic dance bop showcasing the beats of Weird Genius and vocals of Wauiter that conveys the unsettling and profound emotions of heartbreak.

Comprising Reza Octovian, Eka Gustiwana, and Gerald Liu, Weird Genius first made their debut in 2016 and quickly became one of the biggest EDM acts hailing from Indonesia. What made them stand out from the rest was their insistence on incorporating traditional sounds in their music. "We’ve tried to do this not only in our current release but also in our previous releases, we always try to put in a couple of Indonesian instruments to put in the hook parts of the song, for example at the very start," explained Gerald in a press conference.

"In this particular song, we put a little bit of gamelan, and then we put in a little bit of angklung – it's a traditional instrument also. If you don't notice it yet, it's there. In this song, we mixed it with a more synth type of instrument."

The trio has accomplished a significant number of achievements since they made their way into the industry, including their 2020 single 'LATHI' being the longest number-one single on Spotify Indonesia, winning three awards at Anugerah Musik Indonesia (AMI), and being signed to American record label Astralwerks.

For 'Future Ghost', the group wanted to venture into something different from their usual upbeat sound.

"'Future Ghost' is open to interpretation in many ways, but essentially it’s the story of a couple in a relationship who have a lot of love and yet something happened and they just can’t get over it. They know it isn’t going to work out in the end, and the song describes the moment of realization they’ll no longer be together. It’s quite sad, but it’s something many people go through," the trio shared.

"For me, it’s one of the deepest songs we’ve ever written. Even my spouse, she cried. It reminded her of her past, so this song is super deep for me," added Weird Genius' Eka.

"This one is a bit slower and certainly had particular pop sensibilities. So we wanted to find a singer who could emulate the feeling and emotion of the song."

Enter Violette Wautier, the Thailand-based singer-songwriter and actress. Known for her distinct vocals and charismatic personality, the singer recently released her chart-topping album, Glitter and Smoke.

The Indonesian trio immediately thought of Violette for the wistful track, and proceeded by reaching out to the singer and her team. Working together went smoother than expected, despite everything being done completely online.

"Her voice is so raw. She doesn’t try to over-improve on anything, she’s being really really honest in her voice. It blends in really well on an electronic music track. Especially one that needs the audience to really really feel the mood. That’s where she comes in, because on 'Future Ghost' we really want everyone to feel the depth of the lyrics, we basically need everyone to cry in the club. It’s the perfect voice for this situation."

"You guys sent me only one line of the vocals, and I thought ‘hmm, I don’t think that’s enough’. And I just added on more stuff, like the harmonies, and the ad-libs by the end of the song, and just sent it over to Weird Genius to see if you guys want to have it or not. If they don’t want it, it’s fine, we can leave it but in the end, it goes into the song and it becomes what we’re hearing now."

"You can hear some of her canon, where she added her harmonies. That’s what we didn’t expect but it turned out really really well. We wanted that part to be elevated so she added it perfectly."

In a press conference, Gerald described the track as "a song you can't really dance to, but a song you can sing and vibe with", to which Violette jumped in: "I want to disagree with Gerald. You can dance to the song, but while crying. Imagine you’re in a concert, you’re listening to the song, you dance, you jump, but also at the same time you scream the lyrics and your tears run down your face. It’s that kind of song."

The artists also shared their upcoming plans for the future, including collaborations with other artists.

"For now, I'm cooking up the second album. But I'm also making a project – I don't know if I should say it yet, 'cos I don't know if I'll finish it by the time I want it to finish," shared Violette. "It's a collaboration with my neighbour, he's an artist that collaborated on my first album as well, and we're trying to make a small project together."

Meanwhile, Weird Genius miss their time on the road. "We really miss touring. It’s been one and a half years since we toured," they said.

"We really want to collaborate with other artists from Asia, for example, hopefully, we can collaborate with a Korean artist in the near future. We also would love to do something with anime. We all love to play Japanese RPG or to watch anime so if we can collab for anime stuff, that's really cool."