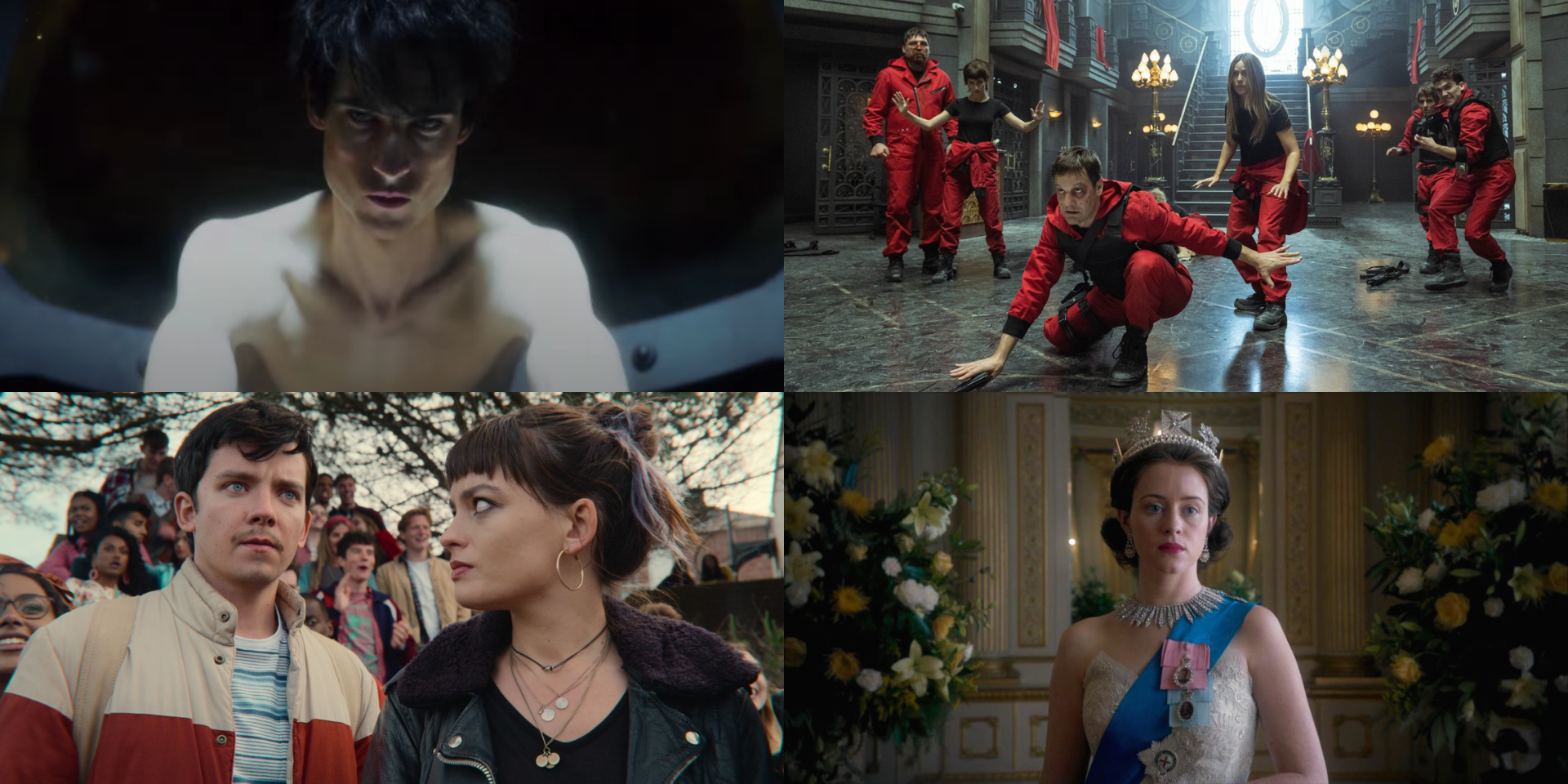 Over the weekend, Netflix held its very first global fan event, TUDUM where they spilled it all on their upcoming shows and movies.

Held virtually on 26 September, Netflix unveiled new trailers and glimpses into their existing roster of hit titles, as well as revealed a new lineup of close to 100 shows and movies hitting the streaming platform. The event also featured appearances from the platform's biggest stars including EXO's KAI,  Millie Bobby Brown from Stranger Things, Song Kang from Nevertheless, Omar Sy from Lupin, and more.

The streaming service also provided an inside look into the upcoming seasons of their hit series Stranger Things, Money Heist, Sex Education, Bridgerton, The Crown, Tiger King, and more.

Here's a look at what you missed from TUDUM.

Following the cliff-hanger of an ending of Money Heist's Part 5, Volume 1, Netflix has unveiled the highly-anticipated glimpse into the show's latest and final instalment which will premiere on 3 December 2021.

With the third season of Stranger Things released more than two years ago, many have been pondering over what's next for the horror-drama show. At TUDUM, Netflix finally revealed the long-awaited trailer for the fourth season, titled Creel House, which will air in 2022.

Ozark is getting its fourth and final season in 2022. The season is said to span 14 episodes which will be split into two parts.

After a long while of teasing, we finally have the first look into The Sandman. Based on the Neil Galman comic book, the premiere date for the dark thriller series is still yet to be announced.

Fresh from the release of its hilarious yet heartwarming third season, Sex Education has been revealed to be renewed for a fourth season. While no information on the premiere dates and plot have been revealed yet, the new season is expected to follow the story of Moordale Secondary as it faces closure.

Breaking News out of #TUDUM!

Sex Education has been renewed for Season 4! pic.twitter.com/8N2WwNLqoG

As part of TUDUM, The Crown fans were greeted by Imelda Staunton who will be playing Queen Elizabeth in the new season. The show will air its fifth instalment in November 2022.

Netflix unveiled a look into the highly anticipated second season of their big hit and a fan-favourite series, Bridgerton which will be released for streaming next year.

This November 6, Netflix will be debuting its animated series, Arcane which is based on the popular video game League of Legends.

After a riveting second season, we're sure that everyone was left with more questions than answers. The cast of The Umbrella Academy made an appearance at TUDUM to offer some much needed answers ahead of the show's third season.

An enthralling ride through love, betrayal and exotic animals, Tiger King was one of the most talked-about shows in 2020. Netflix has revealed that the docuseries will be returning for a second season this 17 November.

Starring Meryl Streep, Leonardo Dicaprio, Jennifer Lawrence, Jonah Hill, and many more, Don't Look Up comes as one of Netflix's newest film titles which will premiere this December. At TUDUM, we get more of what to expect from the sci-fi comedy.

Kanye West is undoubtedly one of the most popular figures in music today. In his upcoming documentary that spans 20 years, Jeen-Yuh (pronounced as 'genius'), the rapper bares it all in what is described as a "intimate and revealing portrait". It will drop on Netflix in 2022.

Who doesn't love a good heist? Netflix will be premiering a new heist movie starring Dwayne "The Rock" Johnson, Ryan Reynolds, and Gal Galdot this November. Titled Red Notice, the action film follows the story of an Interpol agent on the hunt for the world's most wanted art thief.