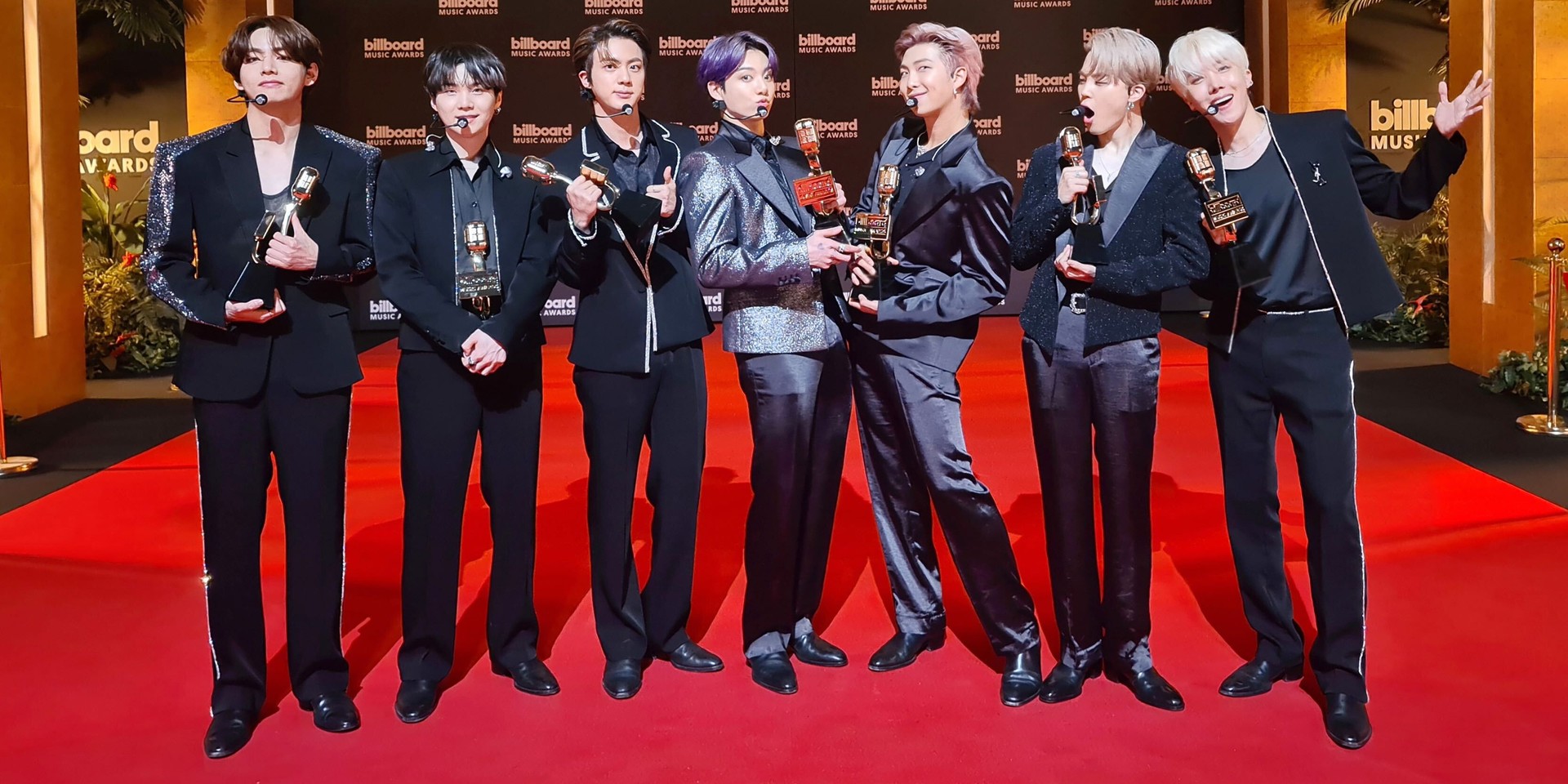 Thanks to the support of ARMY (fans of BTS), the 'Dynamite' act first won the award in 2017, and have taken home the title every year since.

Here are the winners of the 2021 Billboard Music Awards – BTS, Taylor Swift, The Weeknd, and more

BTS are the second act to win the award for five consecutive years after Justin Bieber.

HUGE congrats to @BTS_twt because they have already won THREE #BBMAs! they are still up for one more award tonight so watch at 8ET/5PT on NBC to see if they take home another !! pic.twitter.com/KBaS77krRj

they did it !! @BTS_twt wins Top Selling Song at the #BBMAs for "Dynamite" !! pic.twitter.com/NgEsqZfCw4

The group have won a total of nine BBMAs throughout the years and thanked their fans via Twitter for the neverending love and support.

Thank you @BBMAs! Thank you #BTSARMY!
You made this all possible💜

Their latest record-breaking hit single, 'Butter,' made its live debut on the BBMAs stage, marking their fourth performance at the annual awards show.