Charlie Lim and Miho Fukuhara teamed up to remind everyone to treasure those around you.

This year has been tough for everyone and it looks like nothing will be going back to normal anytime soon, so the best thing to do is to find solace and healing. With the release of their collaborative single 'Ashes,' the Singaporean artist behind 'Bitter' and the Japanese popstar-turned-soul-singer deliver the perfect soundtrack for this moment.

Produced with Chok Kerong, 'Ashes' stands as a gift to Charlie's dear uncle, who had passed away earlier this year.

Bandwagon caught up with Charlie and Miho to talk about how they created their collaboration while in quarantine, how it came to be, and their plans for the rest of the year.

You've known each other for quite a while, how did this recent collaboration come about?

Miho Fukuhara: We first met in 2017 when he was in Tokyo for a recording session and he was staying in an apartment my family and I were renting. It was my dog that connected us from there, LOL! I was busy after giving birth to my daughter and Charlie used to take my dog for walks. We've been talking about making a track someday and this past January the timing worked out for us.

this is Sparky, @miho_fukuhara’s jack russell. i got to take care of her in 2017 when i was staying with miho & her family in tokyo, and again in 2018 when they were in singapore and brought Sparky over. i was finishing up vocals for my last album, so if you listen closely to a couple of tunes off CHECK-HOOK you’ll hear Sparky barking and whining in the background...’twas a wonderful time. p.s. miho and i have a song coming out tomorrow 🐶 it’ll be my first recording in japanese!

Charlie Lim: We've always wanted to work on something together, so we found sometime late last year when Miho and her family were in Singapore. Miho has such an amazing, soulful voice. She's an amazing performer and artist. It was really nice to get to know her over the past few years and working with her was really easy.

Was it a conscious decision to sing (and write) in both English and Japanese, considering you both sing and write in English? How was singing and co-writing in another language for you?

Miho Fukuhara: Japanese is my first language and it has so many beautiful and varied expressions. Charlie said he wanted to try singing in Japanese, so this time we mixed it with the Japanese part of the song. I also often sing English covers and original songs with English lyrics. It was nice to finally marry both the Japanese and English language together in a track!

Charlie Lim: I don't think it was a conscious thing but since it was a co-write I thought it felt better if Miho wrote her lyrics in Japanese and I could help with the English. It's my first time singing in Japanese on a recording and I didn't want to butcher it but thankfully my wife speaks Japanese, so she was able to help make sure I got the pronunciation to a passable state at least!

You started working on the song in Singapore before the Circuit Breaker period, how was that experience like?

Miho Fukuhara: It was a very chilled hangout session during my time in Singapore. Charlie was very relaxed and I on the other hand was very anxious! Charlie being so kind made me Throat Coat Tea and after gaining a bit of composure, we got into the session. It was nice we both didn’t have any expectations. I had no idea what the song will be like until Charlie started playing a few songs. He was tuning his guitar, to prepare for the recording and the tone and the chords were amazing,  so I suggested: “why don't we do an intro with that vibe?” He was able to come up with a great intro quickly and the song just grew together from there.

We only had a writing session in January when I was in Singapore, so we finished each other's work at home afterwards.

Charlie Lim: We laid down the demo at my home studio when she was in town, but we worked on the lyrics separately after she'd gone back. We weren't exactly sure what the song was about at the time, but it had a vibe that felt warm and accepting and healing. After the whole pandemic imploded and lockdowns started happening it really made us reflect on what was going on in the world, and that influenced our writing too. 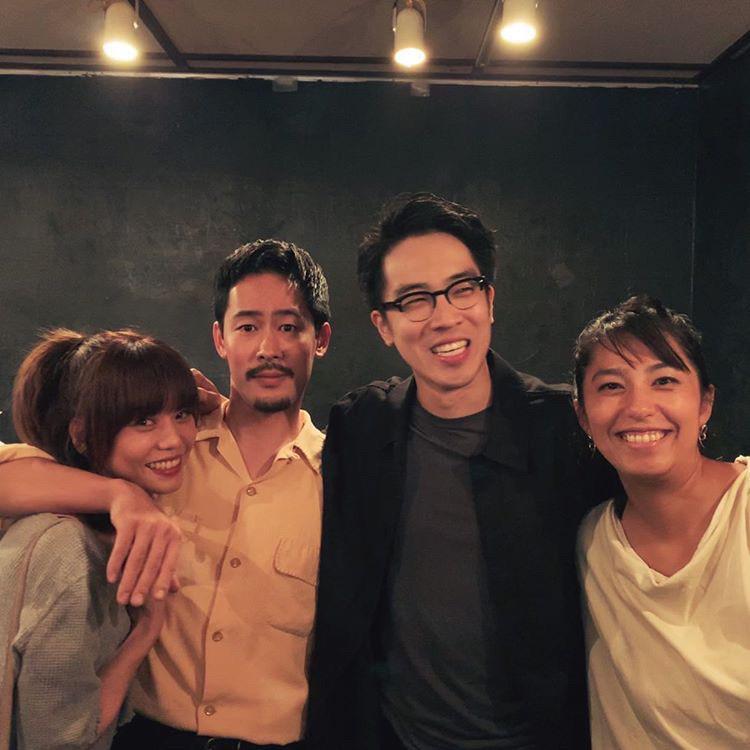 What do you hope listeners will take away from your new song?

Miho Fukuhara: I think this year has been a tough year for everyone. I've had a lot of downtimes myself, but in the time I've been given, I've been helped many times by my own strength and the beauty of nature, and the power of music. I feel that this song is packed with both Charlie's and my spirituality, a kind of balance of nature. I hope that people who listen to it will receive the power of this song as well.

Charlie Lim: To hold on for the proverbial silver lining, and to always treasure the people and community around you. Nothing else really matters.

‘Ashes’ with Miho Fukuhara is out now on all digital platforms. this song is about finding solace and healing, and holding on for the proverbial silver lining even through the worst of times. i’d like to dedicate this song to my dear uncle Lim Kee Yang who passed away earlier this year. we miss you very much. Written and Performed with Miho Fukuhara @miho_fukuhara ⠀ Produced with Chok Kerong @chokkerong Mixed and mastered by Shu Imamoto ⠀ Cover artwork by Kohei Kondo, in memory of his late mother

Miho Fukuhara: I've been working on a new piece this year. I want to finish it and release it before I embark on a Japan tour that is scheduled in early 2021.

Charlie Lim: I still have a few collaborations lined up in the coming weeks, and after that, it's just back to the drawing board. This year has been whack, to say the least. But we'll just keep rolling with the punches and adapt and support each other.