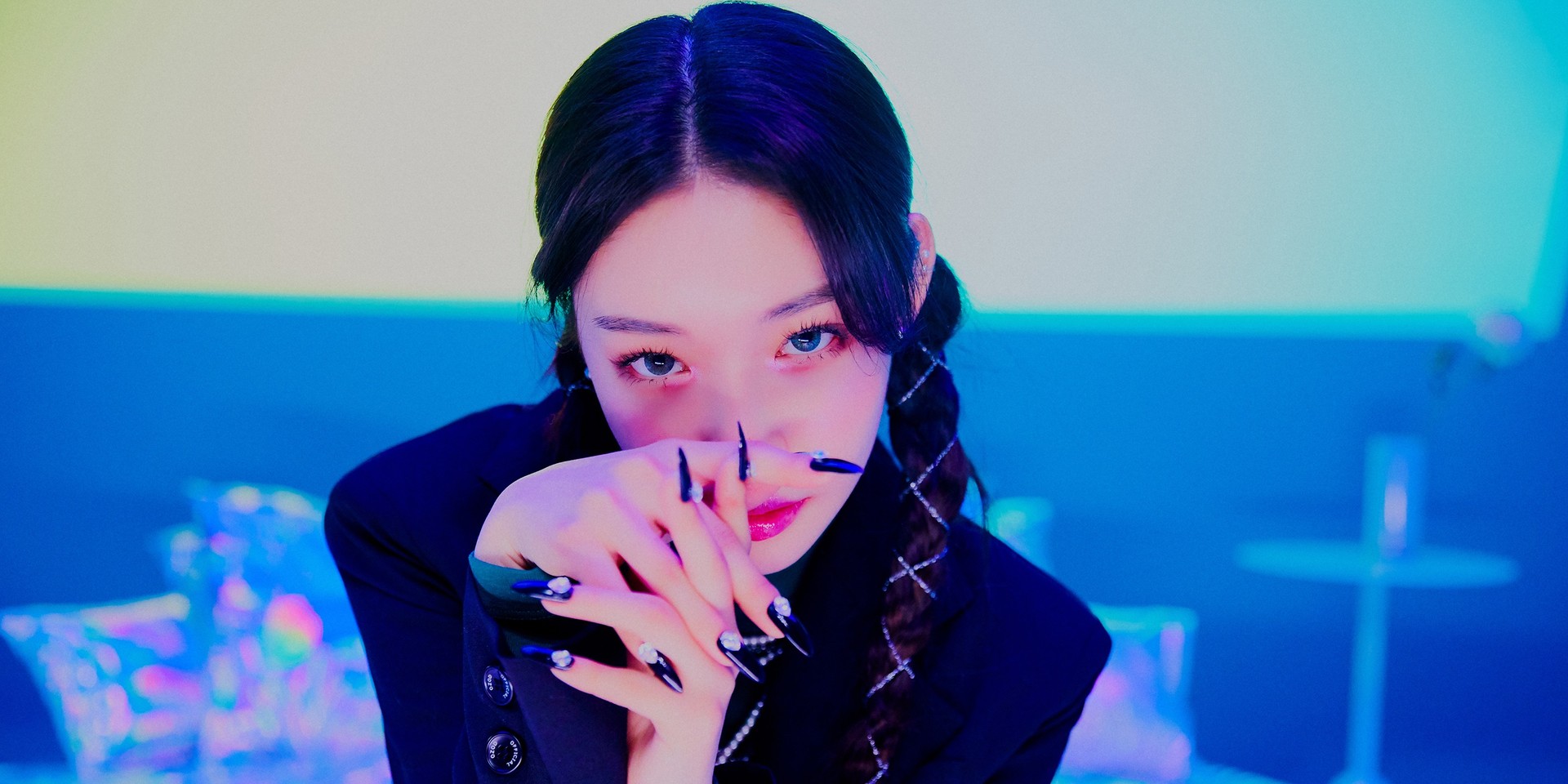 Picture this: a bull is charging around a bullfighting arena in search of an area to make its stand. When it finally finds and settles into that spot, it experiences a surge in confidence and strength. This is where the bull feels safe and secure. This is its "querencia".

Such is the state of mind in which CHUNG HA finds herself in her first full-length studio album, which is titled after the Spanish term. In a project that captures the different facets of CHUNG HA, the word refers to not just one, but several safe places that K-pop sensation has found in her personal life as well as her career as a singer, dancer, and choreographer. 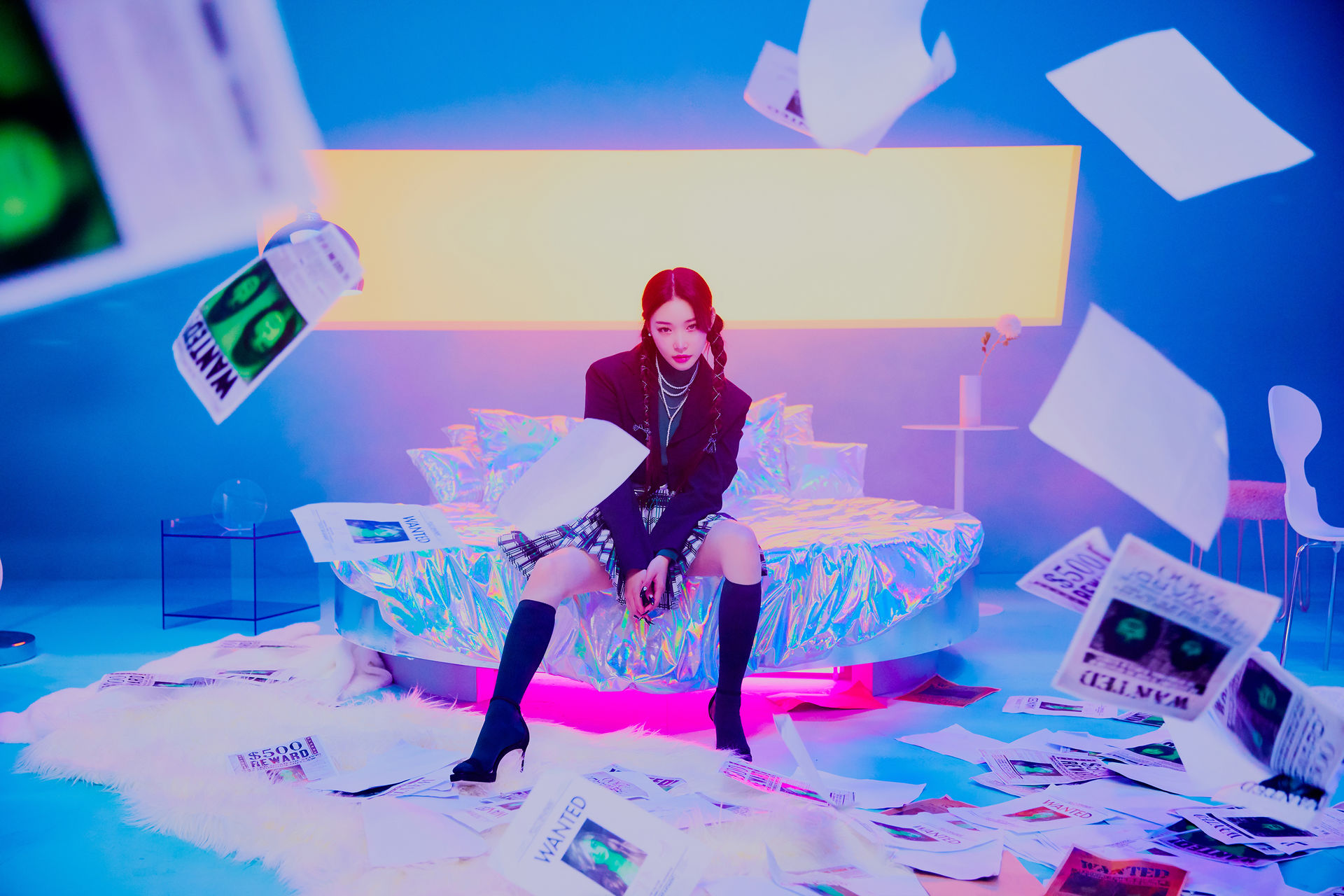 According to her, the idea for the album's title came to her during a session with her therapist. "She told me that it [querencia] was kind of like a shelter. Like, 'where do you feel the most you?'" shared CHUNG HA at a virtual press event.

Last year was a particularly challenging year for the 25-year-old, who was tested positive for COVID-19 just a month before Querencia's original release date. However, she was able to find comfort in the project that she had poured her heart and soul into.

The South Korean soloist recalled: "I thought it [my querencia] would be my album because I would spend all day on my album. I would be practising my album and listening to my album. And I had personal issues in 2020, as you know, I was sick. I also had a lot of personal other issues throughout 2020 and what helped me the most was my album." 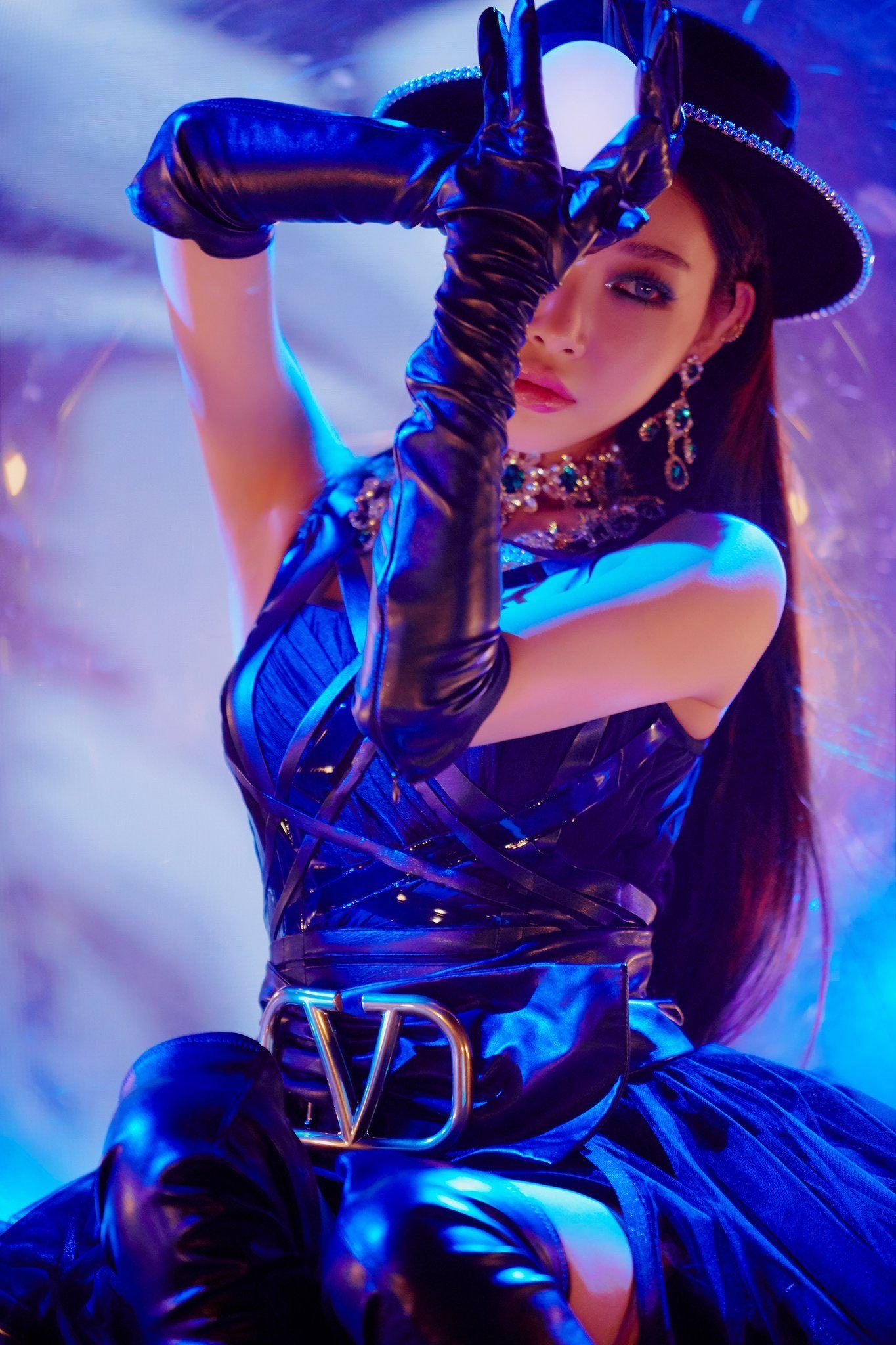 To show how much she cherished the relationship she had with her fans, the singer — with the help of songwriters VICENZO, Fuxxy, and Any Masingga — wrote a love letter, in the form of the track 'BYULHARANG (160504 + 170607)', to them.

"I always try to reach out as much as I can. And I just wanted them to notice that it's their song," said CHUNG HA.

She also explained that the numbers in the song's title refer to two very important milestones in her career. The first set of numbers references the date on which she debuted with her former group, I.O.I, while the second set refers to the date on which she made her debut as a solo artist under MNH Entertainment.

She shared: "I just kind of combined it together so that my fans have like this little special reminder of the story that we have."

"They were my biggest querencia [in 2020]," said the singer, adding that the album was also named after her fans. 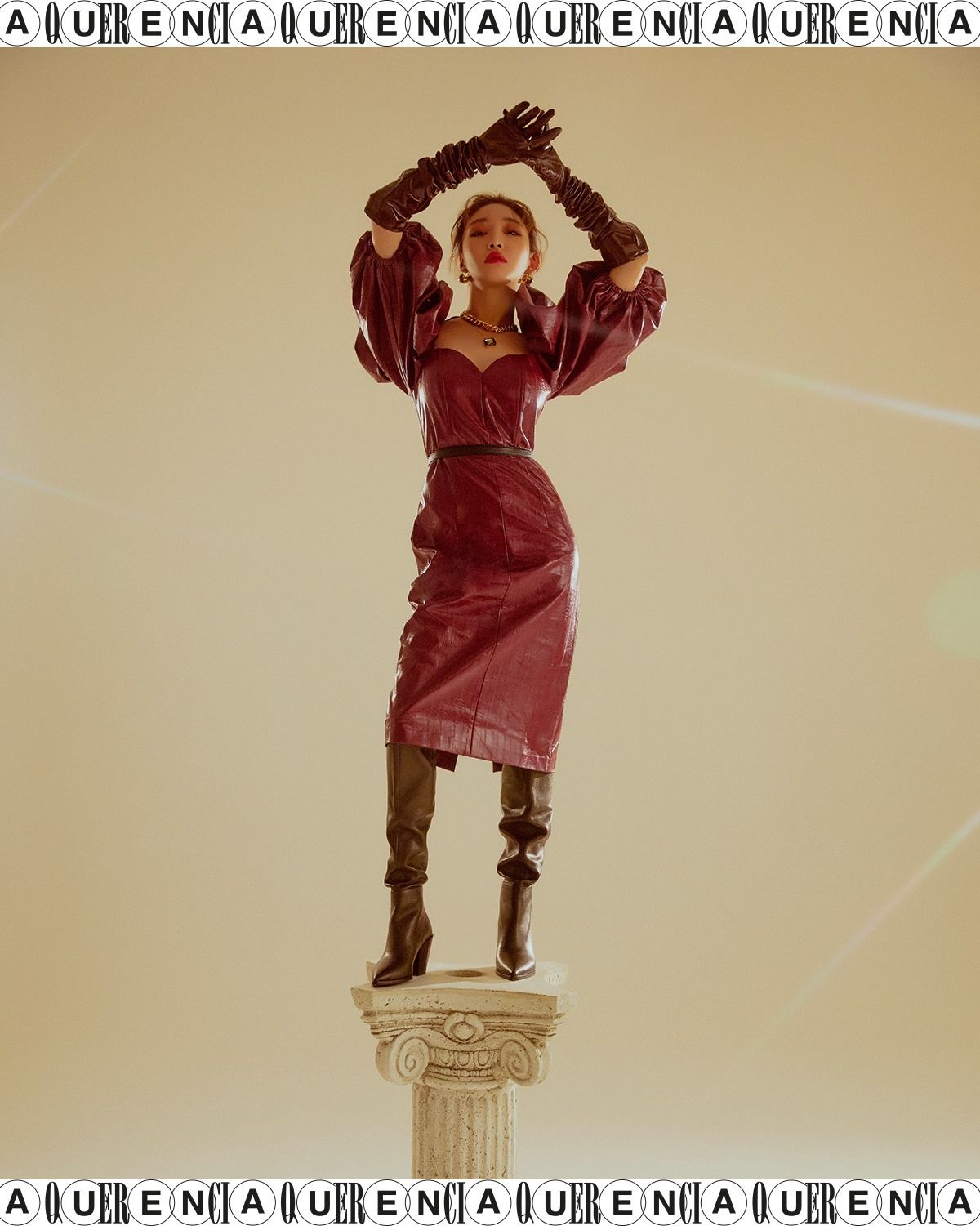 When the album's title is taken in the context of CHUNG HA's career, it refers to the comfort that she finds in being able to freely express herself through her craft.

Querencia, the Golden Disc Award winner's first project to be distributed in collaboration with the American record label, 88rising, is a melting pot of musical influences from all around the world.

Aside from familiar K-pop styles, the album features elements from a variety of genres, including disco-pop ('Stay Tonight'), Latin pop and moombahton ('Play'), rock ('X'), and dance ('Dream of You').

Being an artist who relishes a good challenge, CHUNG HA jumped at the opportunity to experiment with new ways of making music.

She shared: "I just love collaborating with new people like producers, writers, designers, artists, anyone. I really learnt something new and I found a new part of myself throughout that process so I think that's really fun. That's the most exciting part about challenging myself." 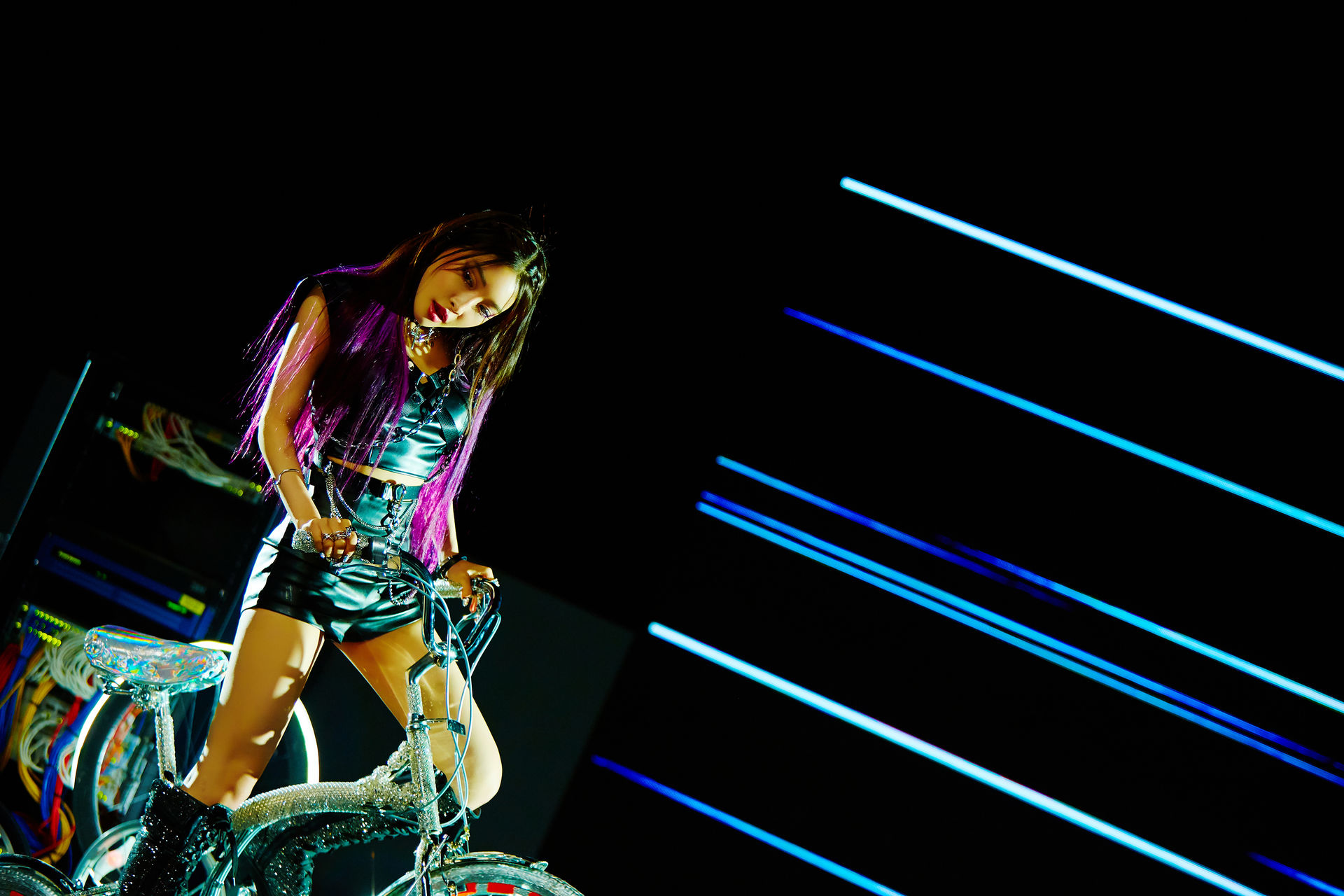 'Bicycle', Querencia's title track, is proof of the CHUNG HA's willingness to try out concepts that she has not attempted before. The infectious hip-hop-infused number, which she co-wrote, tells a story of a person who defies rules to "establish her own colours" and features a verse in which the singer raps entirely in English.

"I never knew that this track would be my title because it was so new. I've never rapped in English before," she said.

She added: "It's not exciting to stay with a single concept and when I jumped into other things, [I realised] that's what it [querencia] actually means — being fun and exciting."

CHUNG HA also showcases her versatility in 'Demente', which is arguably the most interesting song from Querencia.

The Latin pop track about a person who is not present when he or she is needed the most by his or her significant other features the vocals of CHUNG HA — who seamlessly switches between singing in Korean and Spanish — alongside Puerto Rican rapper Guaynaa's.

The bilingual track has cemented CHUNG HA and Guaynaa's statuses as champions of cultural exchange between their respective industries.

CHUNG HA recalled being surprised when she realised how big of a project it was and said that she was thankful to have been given the opportunity to be a part of it. Meanwhile, Guaynaa, who was also present at the press event, remembered clicking with a sample of the song that MNH Entertainment had sent to him instantly and feeling compelled to work on the project.

Guaynaa said: "We're making history. One of the first thoughts that I got at the beginning of my career was that I wanted to influence culture. I think that is so important to us — people with big platforms, doing something to [influence] culture." 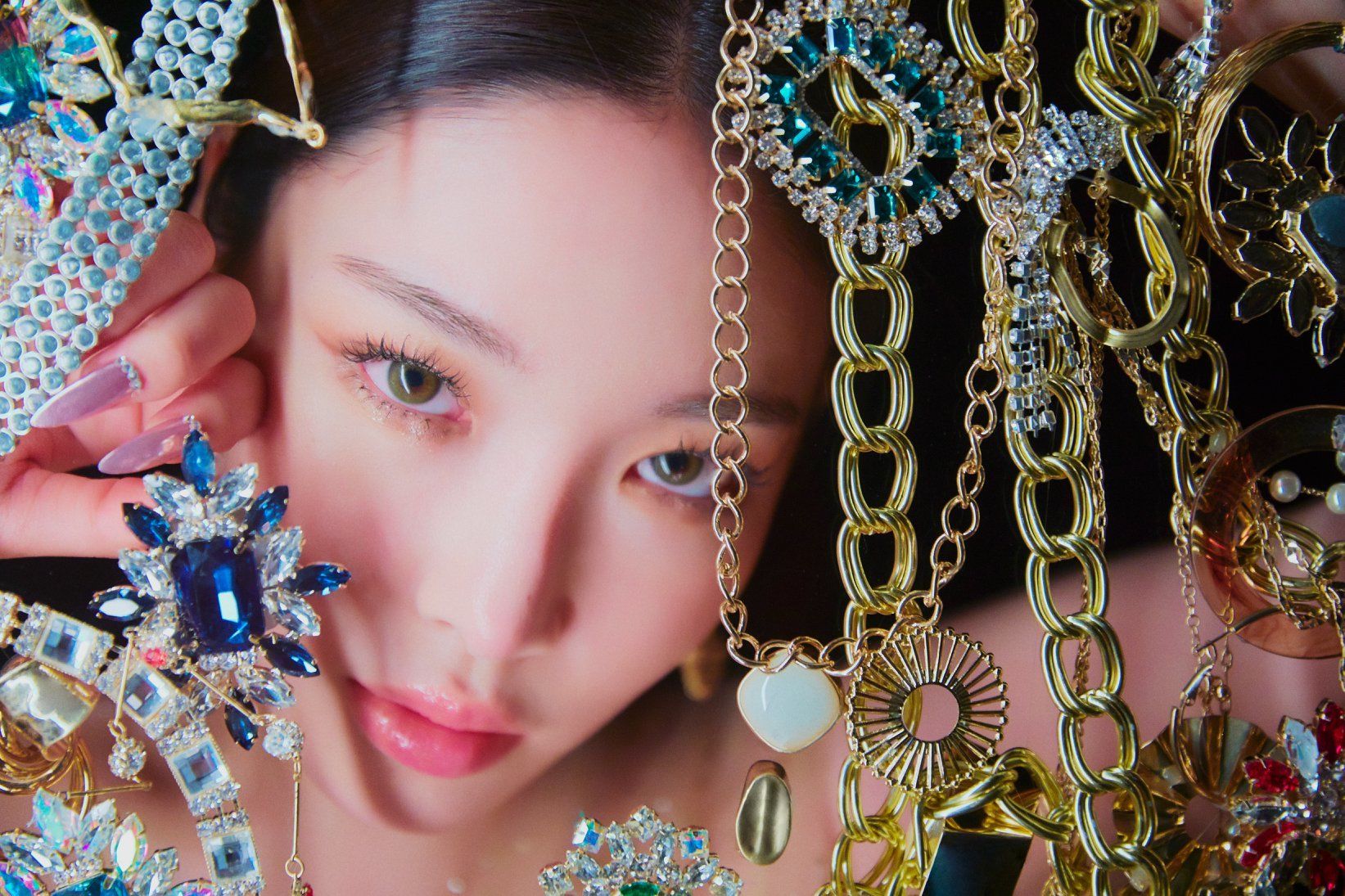 He also said that he developed a strong interest in Korean culture after collaborating with CHUNG HA.

He shared: "I come from Puerto Rico. But music brings me to different parts of the world and it's so interesting how you keep learning about life. [You also] see the difference between what we got here and what you guys got there [in South Korea], the food, the music, the way they dress... everything. I want to learn a lot about her culture."

CHUNG HA, too, believes that it is important for people of different cultural backgrounds to come together and hopes that 'Demente' will spark more collaborations between the K-pop industry and the Latin music industry.