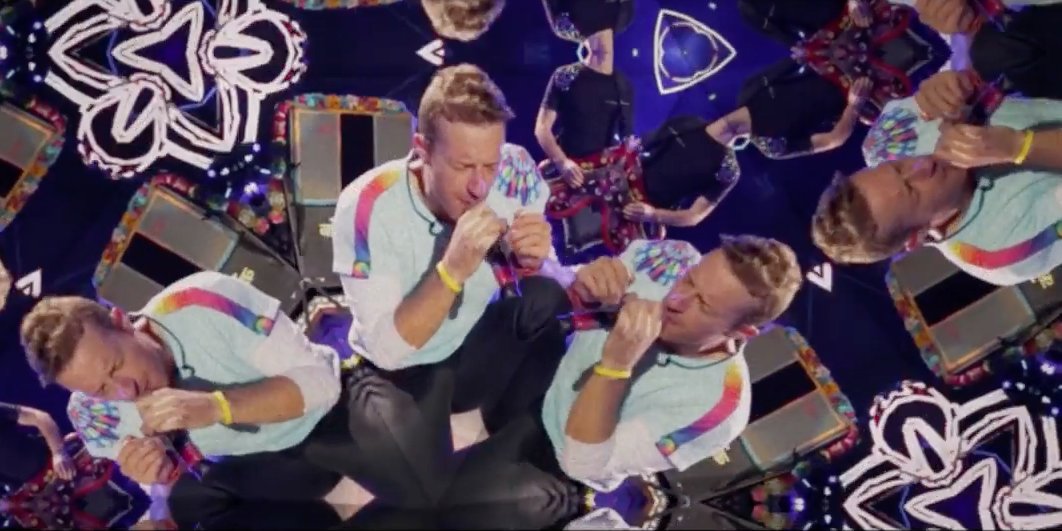 Coldplay and The Chainsmokers bring their summer hit to life with a new music video and remix for "Something Just Like This." Included in Coldplay's Kaleidoscope EP due in early July, the Tokyo Remix for the track and its video were recorded live during the band's Tokyo concert last April and contains footage from their A Head Full of Dreams Tour, alongside some separate tour footage from The Chainsmokers.

Coldplay's A Head Full of Dreams Asian Tour, as told by Filipino fans

The kaleidoscopic music video incorporates the same animation from the song's lyric video, turning it up a notch with the participation of a human child in lieu of an animated one, and transposing colors from drawings to their live visuals.

Watch the video for "Something Just Like This (Tokyo Remix)":

The Chainsmokers are set to return to Manila on September 13, 2017 at the Mall of Asia Arena. More information here.