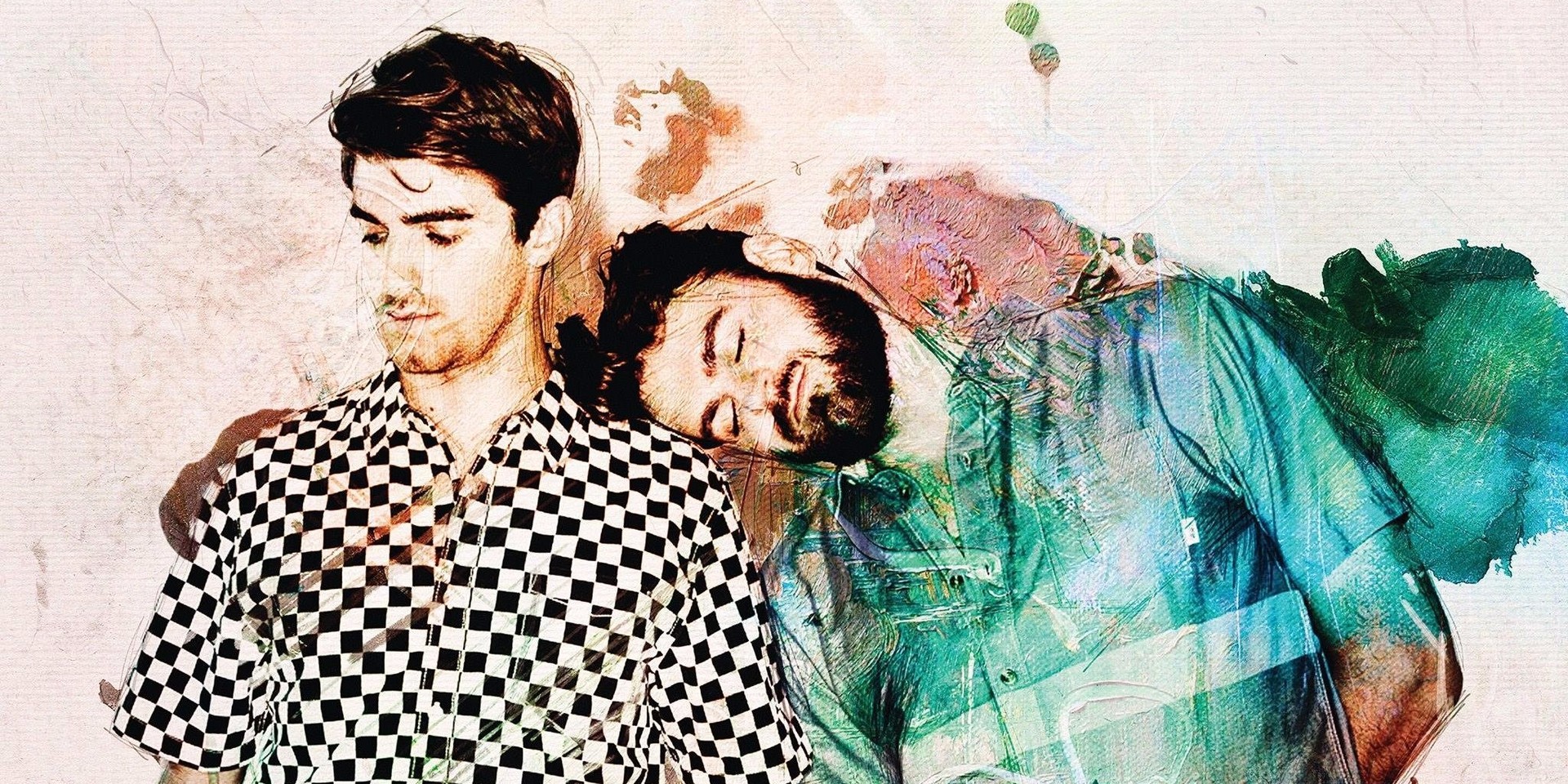 The Chainsmokers were in Manila last year for a sold-out concert at the Mall of Asia Arena. The EDM duo performed to to thousands of Filipino fans in August 2016 and has since won a Grammy, collaborated with Coldplay, and had their first full length album, Memories... Do Not Open, debut #1 on the Billboard 200 Chart. The pair have also spent an entire year on the Billboard 100 Top 10 with their singles - "Closer" featuring Halsey, "Paris", "Don't Let Me Down" featuring Daya, and "Something Just Like This" with Coldplay.

Love them or hate them, there's no stopping The Chainsmokers from coming back to Manila on September 13 to perform at the Mall of Asia Arena. Nick Martin (no, NOT Chris), a dance music OG is slated to join The Chainsmokers throughout their Asian tour.

Globe subscribers get first dibs on tickets via a pre-sale on June 27. Pre-registration starts on June 23, 9 AM. More details here. Tickets to the public go on sale on June 28. 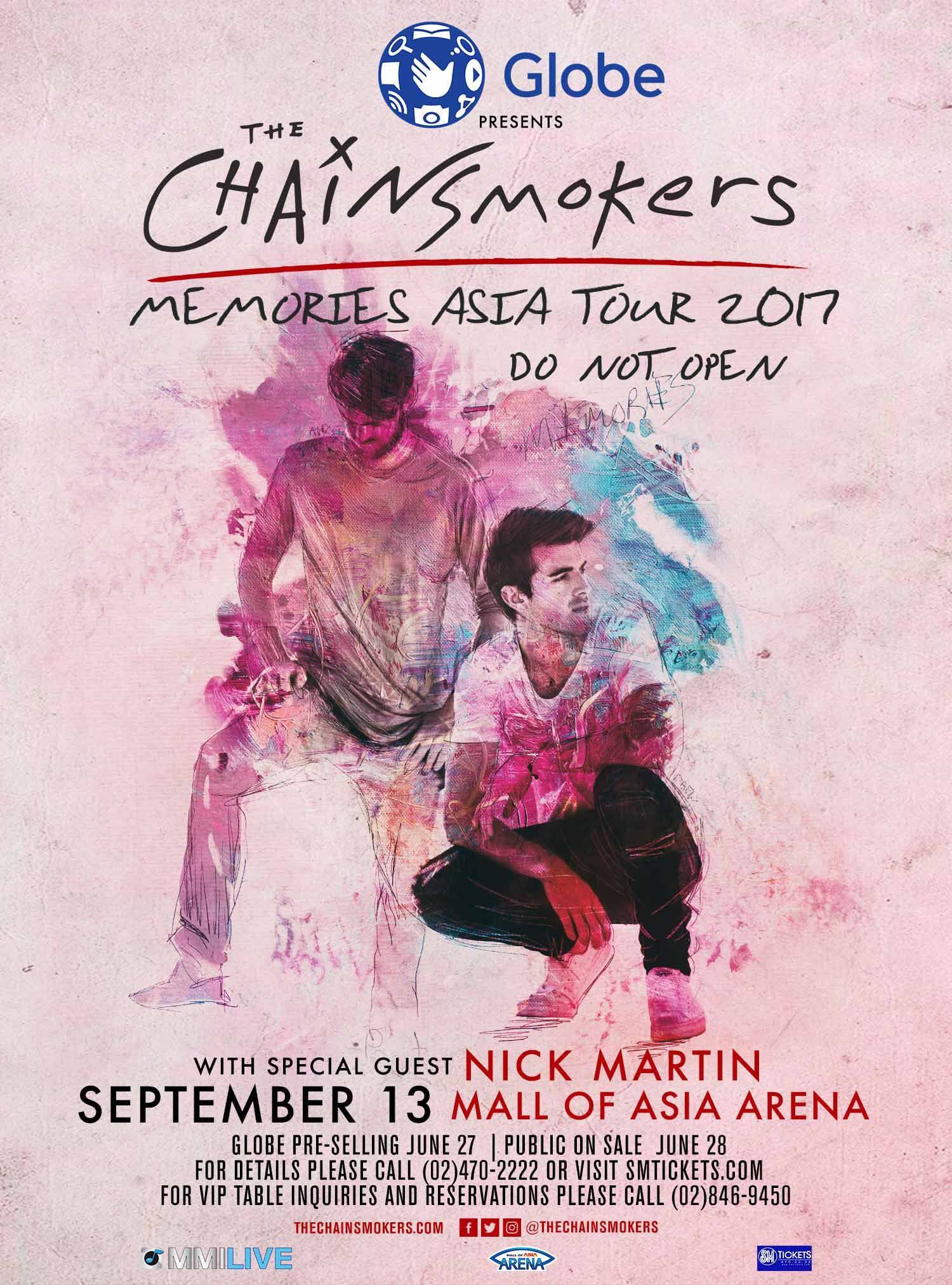 Andrew Taggart and Alex Pall will then be taking their Memories... Do Not Open Tour to the 2017 Singapore Grand Prix.

The Chainsmokers Memories... Do Not Open Asia Tour - Manila is presented by Globe and MMI Live.