DAY6 are back with their latest mini-album The Book Of Us: Negentropy - Chaos swallowed up in love.

The quintet — which comprises leader and main vocalist Sungjin, bassist and rapper Young K, guitarist and vocalist Jae, keyboardist, synthesizer, and vocalist Wonpil, and drummer Dowoon — had previously shared in a trailer film that "negentropy" from the project's title is a term that combines the words "negative" and "entropy". 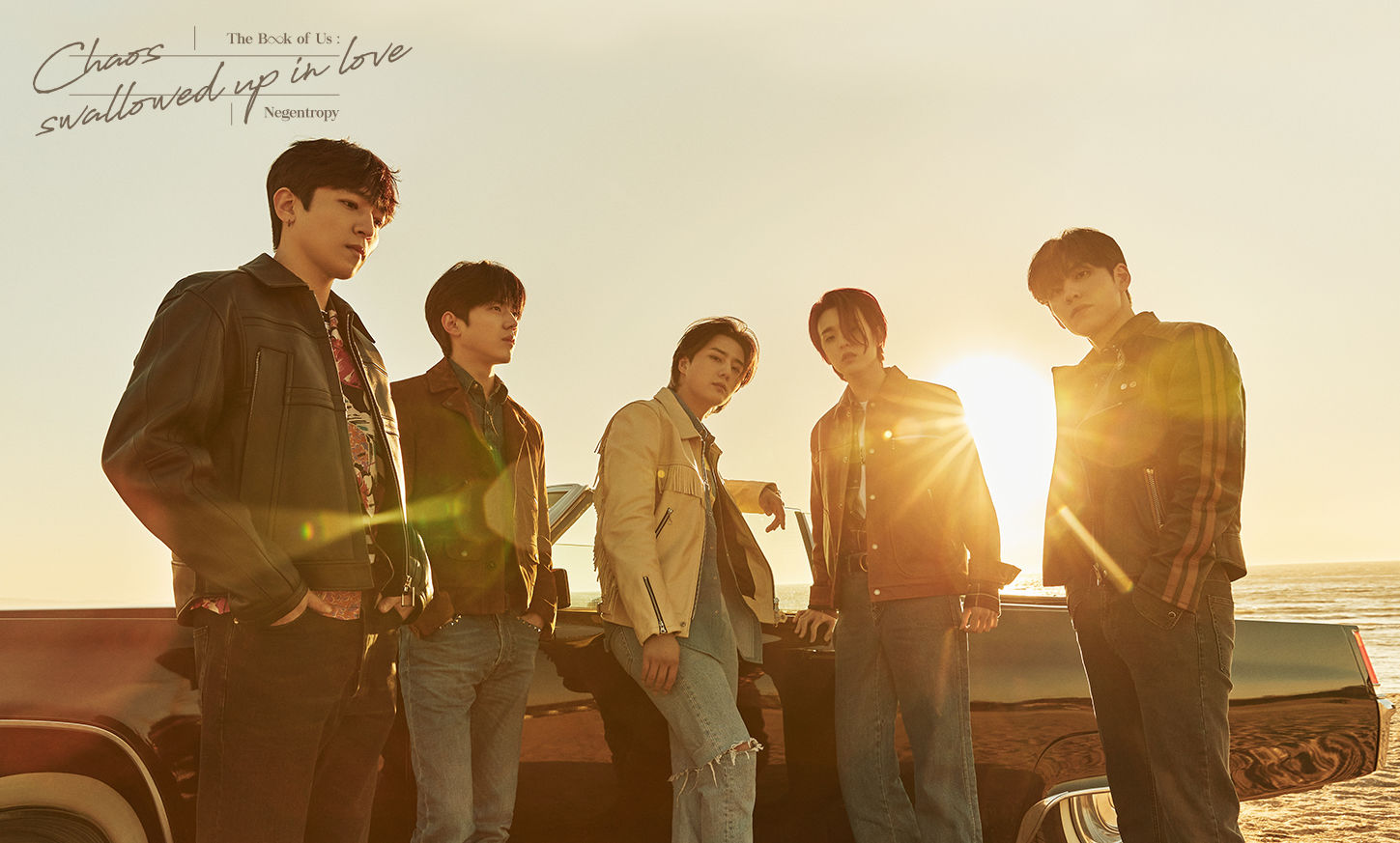 According to Naver News, the mini-album, which has love as its central theme, is both a "happy ending" to DAY6's The Book Of Us series as well as a "new beginning" for the band.

The Book Of Us: Negentropy - Chaos swallowed up in love comprises a total of seven songs, including the title track 'You make Me', 'everyday we fight', 'Healer', 'Only', 'above the clouds', 'ONE', and 'so let's love'. Young K has songwriting credits on all seven tracks while Sungjin, Wonpil, and Jae are listed as songwriters and composers on several songs.

Along with the mini-album, the group also dropped an accompanying music video for 'You make me'.

The release of DAY6's seventh mini-album comes just two months after the pop-rock group celebrated the 2000th Day since they made their debut under JYP Entertainment.

Stream The Book Of Us: Negentropy - Chaos swallowed up in love here: