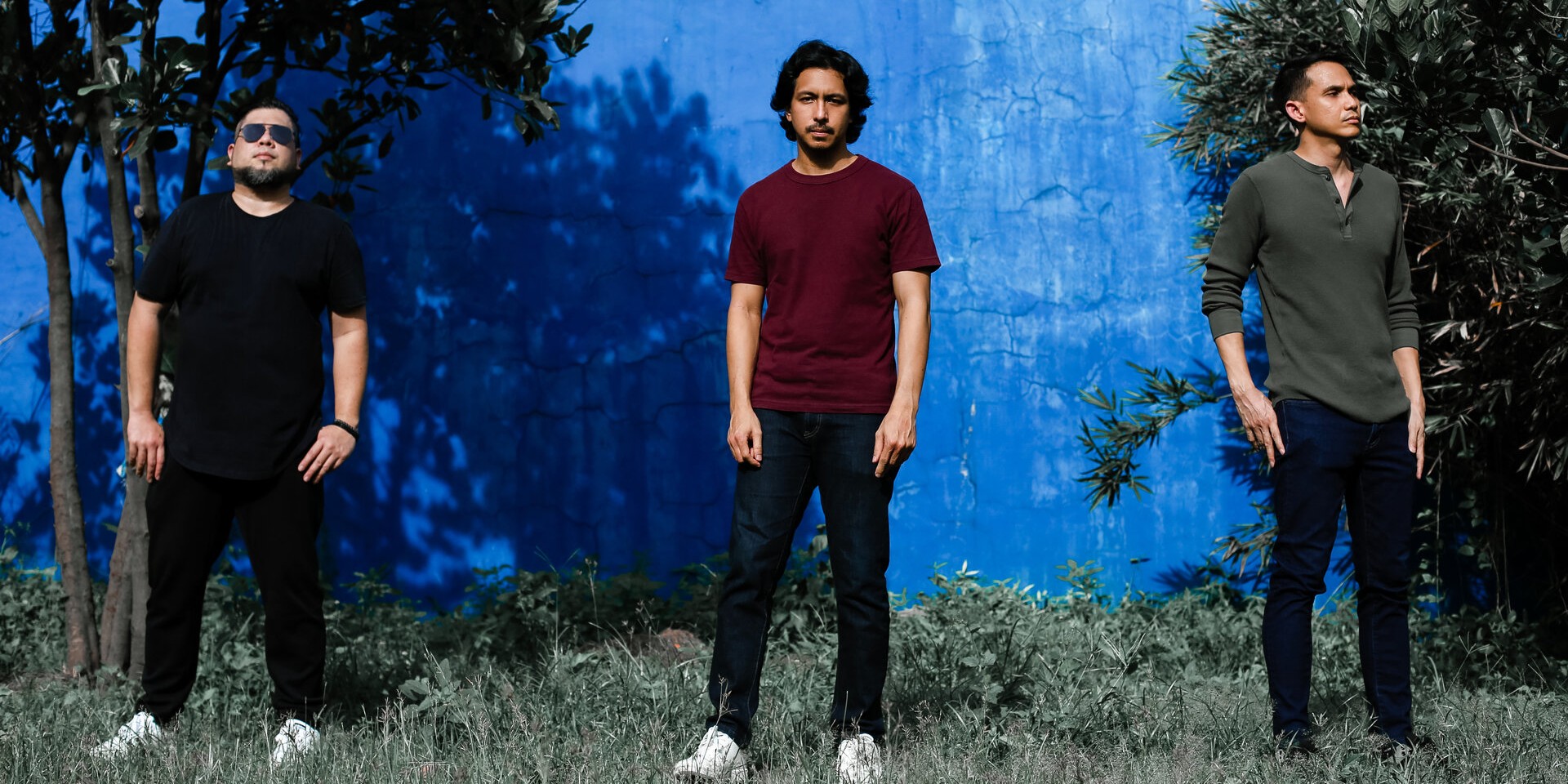 Referencing an inside joke that stems from an on-stage spiel during a gig in Busan in 2001, he explains, still in a fit of laughter, “We make music that makes you bounce and rock.” Considering their discography that seamlessly blends the worlds of hard rock and hip-hop, it was the perfect description.

The Filipino rock band has been making music since 1999, having first met in college against the backdrop of late-night gigs and indie bands. It initially started as a passion project, a way for friends to hang out and bond over their love for music; but almost instantly, Dicta License became one of the most prominent bands to come out of the local music scene.

Comprising of Pochoy, Kelley Mangahas (bass), and Boogie Romero (guitar/keyboard), the band is highly regarded not only for their distinctive sound but more importantly, their message. 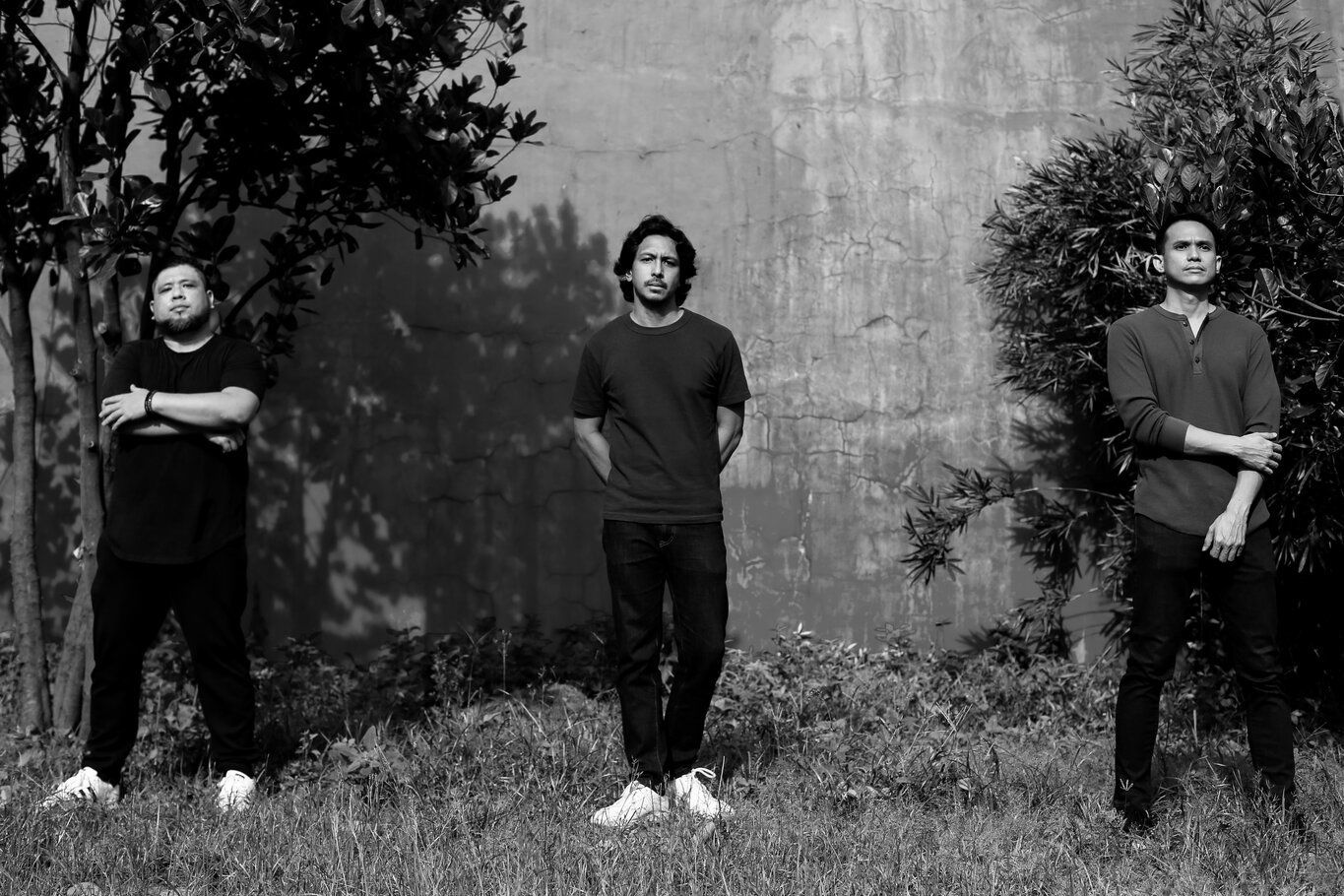 Dicta License, which loosely translates to ‘license to speak’, has never been averse to talking about politics and social issues in their music. Taking inspiration from acts like Rage Against the Machine, the band has always used their songs as a platform to voice out social concerns and to stand up for change.

“Our songs are meant to challenge people. We trust people to have their own minds and think so we do try and reach out to people to [wake up],” Pochoy tells Bandwagon.

‘We're all about freedom of expression. To me, the highest form of art is political art because of the message that you are trying to portray, there's a risk to your wellbeing so you put so much into the art.” 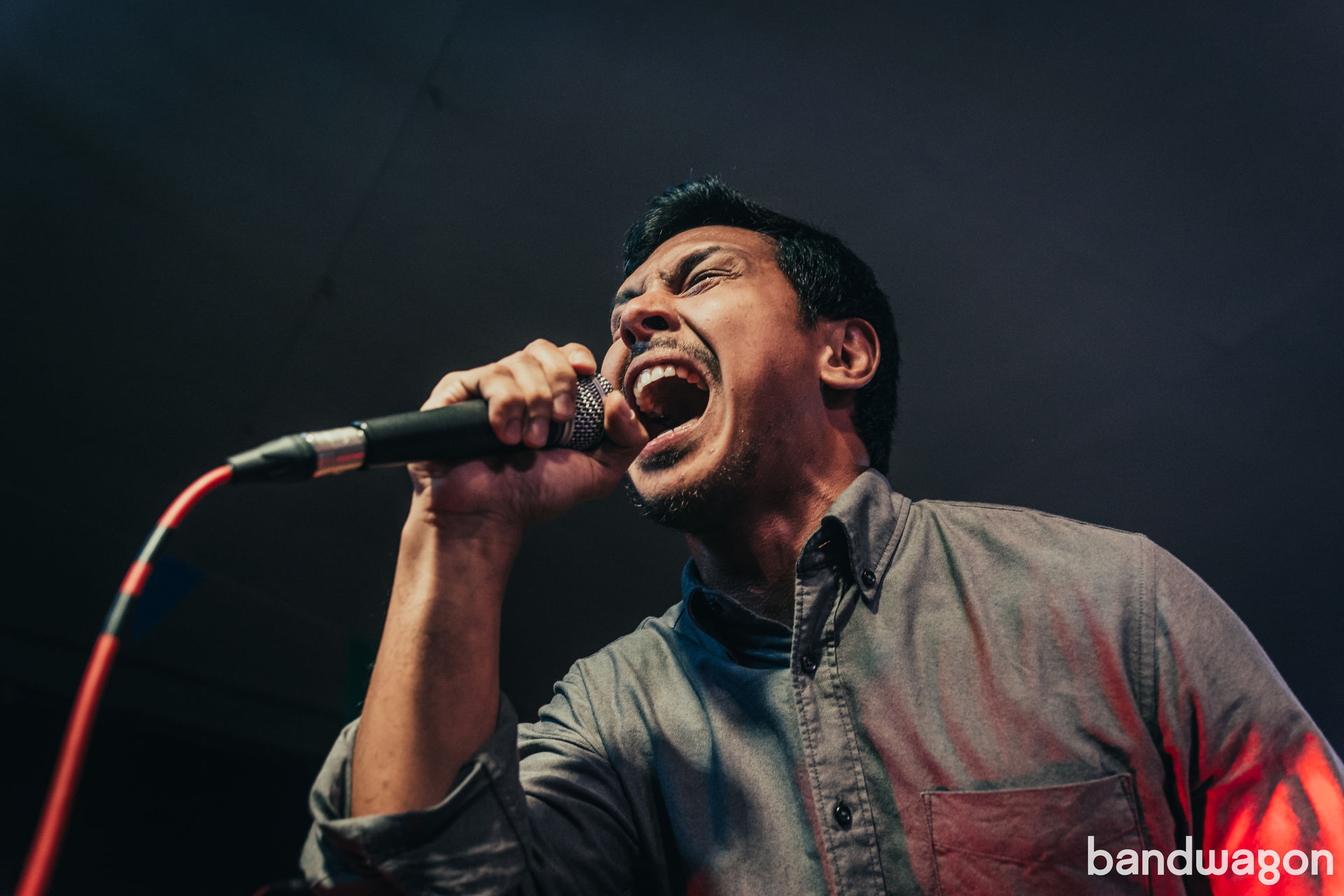 The band released their first EP in 2003, followed by their first album Paghilom two years later. The full-length release saw 10 tracks, all of which tackle socio-political issues that affect Filipino youth.

It included one of the band’s most popular and highly-regarded songs ‘Ang Ating Araw’, a hopeful power anthem dedicated to a generation stuck in uncertainty and buoyed by the promise of a new beginning.

In 2021, almost 16 years later, Pochoy, Kelley, and Boogie are back with their sophomore album. Entitled Pagbigkas, the record sees a new and evolved Dicta License, both in purpose and sound.

Staying true to their essence and mission, the new album talks about today’s most pressing issues.  Set in a vastly different political climate and context compared to their first album, Pagbigkas is said to address much more complicated and deeper matters, everything from administrative policies to socially significant events. 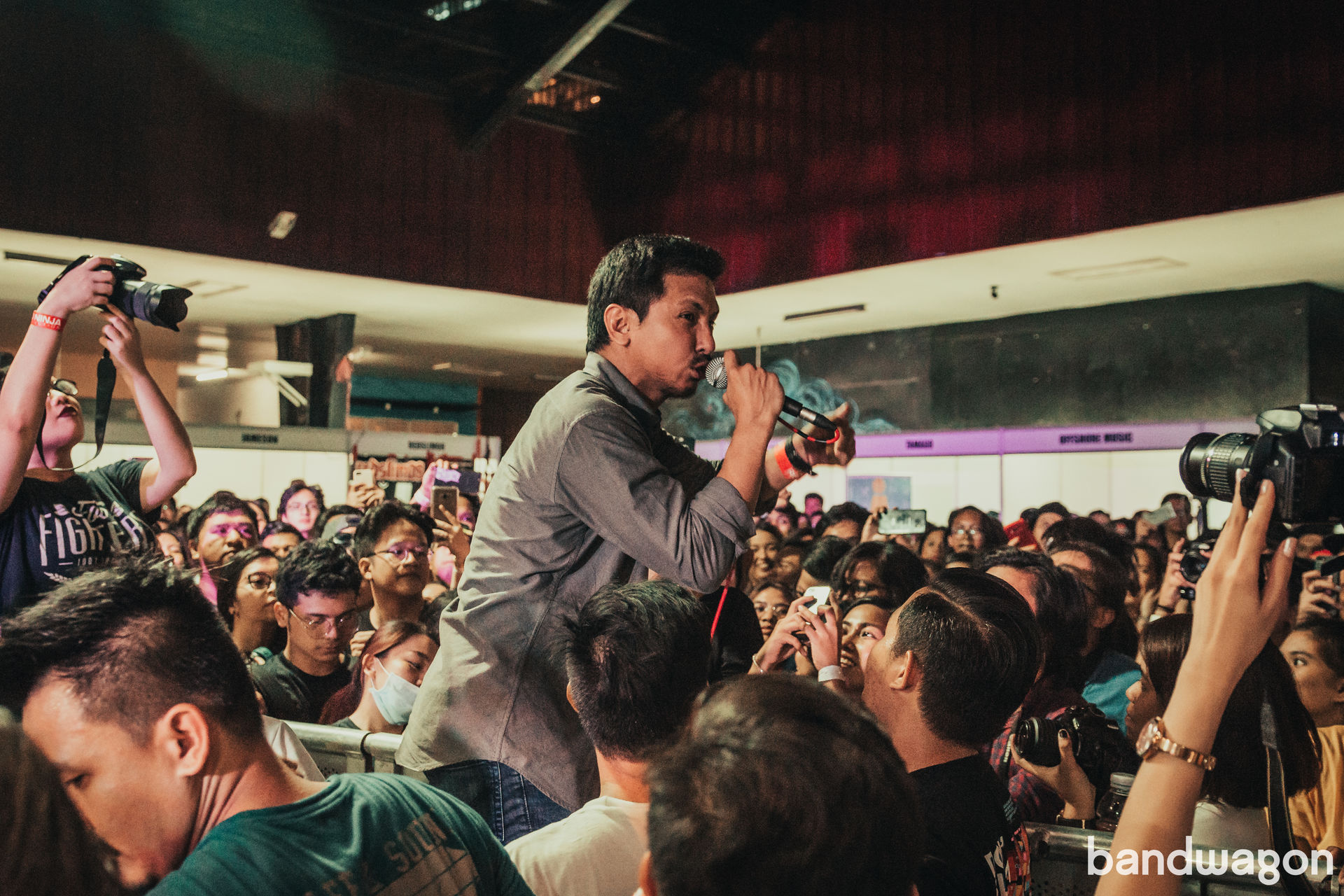 "Coming from Paghilom, it's a little more hopeful, a little more open so a lot less taking a stand. When you look at Pagbigkas and hear the content, our listeners are going to feel that we really took a stand here. We might even lose some listeners but at the end of the day, here we are," says Kelley.

"Paghilom is child's play compared to this one," adds Pochoy.

The album features 12 tracks, including previously released singles, 'Bagong Bayani', 'Salita', ‘Inosenteng Bala’ and ‘Diktador’, all of which relay powerful messages. While the band has never shied away from difficult conversations since the beginning of their musical journey, it doesn’t come without fear.

"Pochoy went up to all of us and said 'I have something to say, we have something' – that's how the process of this whole album started. He asked if we were all in because the topics that we're talking about now are a lot harder and riskier than the first album. The lyrical content that he was coming up with is a lot stronger than before," shares Kelley.

"It's definitely scary, which is why Pochoy spoke with us before doing the album if we really wanted to do this. He even gave us the option not to but we bought in," Boogie adds.

"When I approached Kelley and Boogie, kinilig ako. I mean even for me, it's a scary time but that's how it is. For the both of them to say 'no, we're with you', it was like wow, that's a good feeling," says Pochoy.

In spite of the fear and risks, Pagbigkas is an album the band felt they needed to make.

“I'm not saying we're fearless, there's definitely fear...there's a chilling effect. This is a response to that chilling effect, to those repressive policies and this administration. These are new policies but it's only a reflection of their mindset which has manifested itself through law now in 2020 but it's always been there. If you do not agree, you will be cast out. There's no space, sila lang magaling (they're the only one that's right). It's a dangerous time and the themes you hear in the album are a reflection of that," explains Pochoy.

The album was initially supposed to drop last year but like with many of the things we’ve seen, the pandemic pushed back the band’s plans. “The time that we decided to do this album was the time everything started locking down. It's all a different type of situation then," shares Kelley.

Regardless of the lockdowns, the band made it work and even managed to squeeze in more songs into the 12-track record.

Working with their long-time friend and Grammy and Emmy certified producer, Jorel Corpus, Pagbigkas comes almost two years in the making, with most of the work done remotely during the height of the lockdown.

“We’re all really good friends so the production process was easy in terms of actually making the songs. It was more of the technical side, like sending files and all that was the more difficult part. Other than that, I felt we connected well in terms of ideas and all that,” Jorel tells Bandwagon.

Wanting to showcase Dicta License in all its glory while simultaneously depicting the band’s personal and artistic growth, Jorel shared that Pagbigkas takes on a more evolved version of the band’s iconic “bounce and rock” sound.

"The core of the sound of the band is still very much there. We all grew up listening to rock music so the foundation of it is there and I don't think that's going anywhere. It's very much the identity of Dicta License, it just so happens that we're different people now. We listen to different stuff, and that stuff just comes out in the songs we make naturally," says Jorel.

“We try to make sure that the songs, in their most basic form, were good for all of us. And then, we thought about other things that we could dress it up with just by listening to the basic demos and how it fits and was currently shaping up. From there, we decided how the song would shape up. I felt that we really went in on what we really wanted to do for the album.”

With over two decades behind them, Dicta License can be described as many things but what it all eventually boils down to is a family. Telling a tale of passion, brotherhood, and dedication, it's safe to say that the band has grown much larger than just a passion project between college friends. 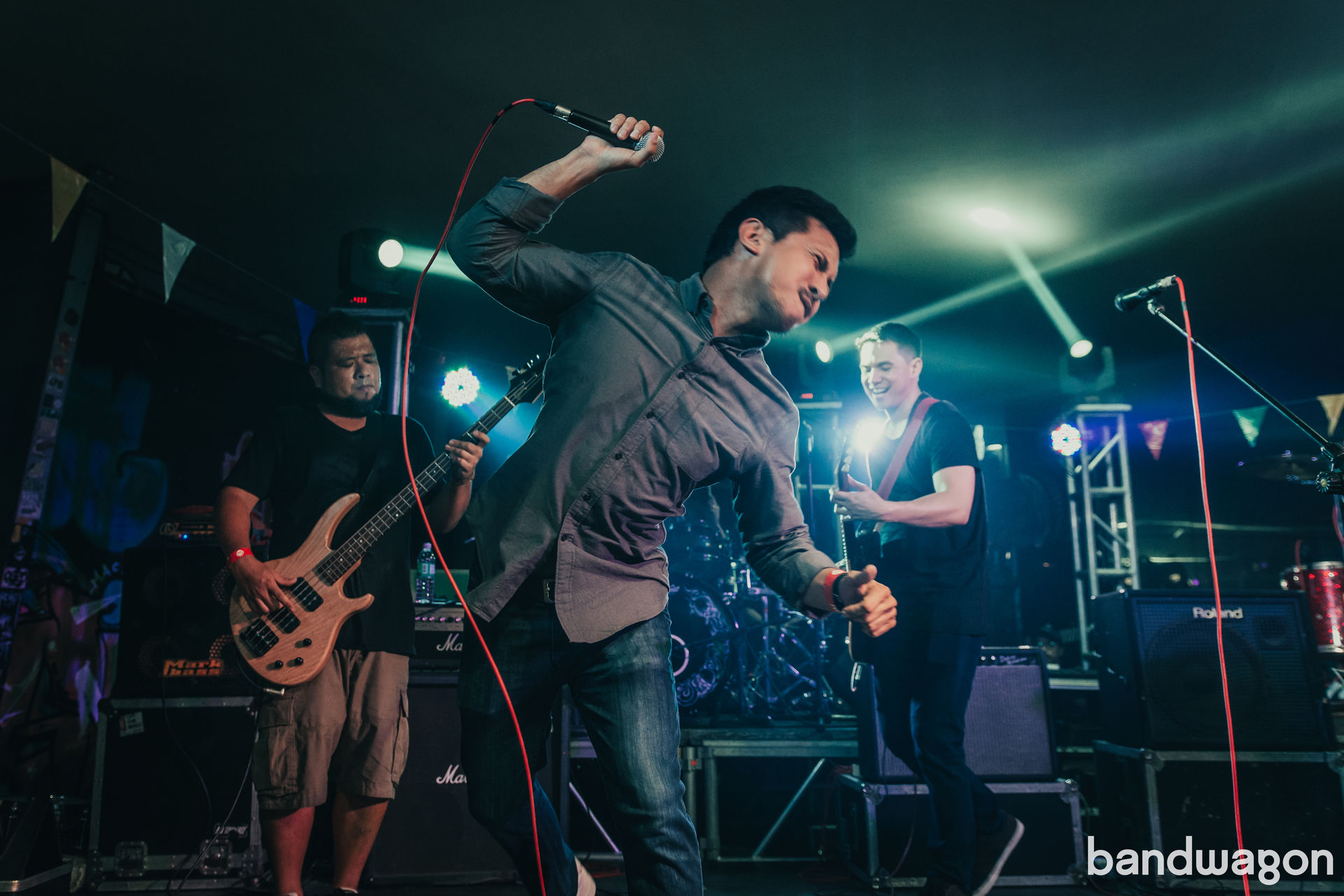 "For me, I really love making music, writing music, and recording music with these guys. Those three things are really the benefits of being part of this band and being able to do all that with the people you grew up with is just amazing," says Boogie.

"If you think about it, these guys are some of my oldest friends. We grew up together, there's a level of trust there that's incomparable. From where we started – starting this band and playing in the college circuit with crappy instruments, to see where we ended up now, where we talk about these complex topics and our life experiences, it's great. That's what I like about it, we're growing up with the music we're making and alongside people we've known since forever," says Kelley.

"I love being part of Dicta License. It always feels like we're giving ourselves a pat on the back but I'm really proud of this band. It's like a badge of honour, a privilege really," shares Pochoy.