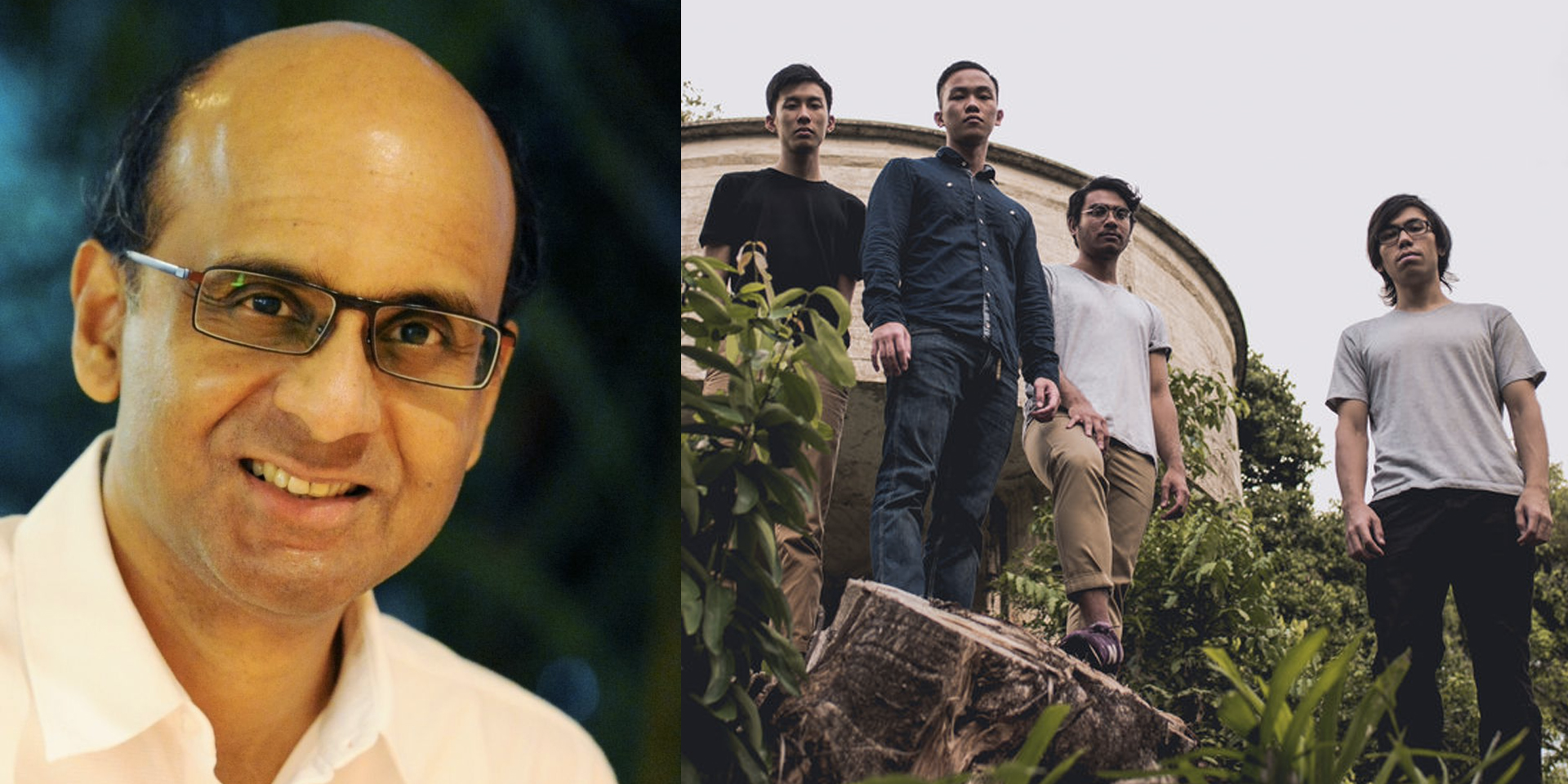 We already knew some local politicians here are in tuned with modern music — we interviewed a few of them, and we do know that our Minister for National Development Lawrence Wong is a fan of Charlie Lim.

But most of us were definitely caught by surprise when, in a post on his Facebook page, Singapore's Deputy Prime Minister Tharman Shanmugaratnam gave a quick shoutout to Gentle Bones, who will be performing at JAMfest, an event by the National Parks Board held at Jurong Lake Gardens.

"Nice to see Gentle Bones (Joel Tan) featured on BBC," writes Shanmugaratnam on his Facebook page. "He’s an example of a young Singaporean who knows what he wants, and works for it. I've known Joel for some years now, and admire how he's carving his own path. A different path."

Unsurprisingly, the comments section blew up after Shanmugaratnam's statement, which Mothership has deemed "the coolest man in Singapore".

"Thank you sir for promoting our local artists! We need to have more platforms for them to flourish. Have a good evening sir," says one commenter, while another, Sphaeras guitarist Haokai Lek, asked the minister if he's a fan of math rock.

Amazingly, it seems like Tharman is well-aware of Haokai's involvement with the band, writing:

Haokai was understandably over the moon, inviting the minister to the band's show on March 24th at the Esplanade.

Soon, other users began inviting Shanmugaratnam to try out other Singaporean bands (shouts out Forests) and asking if he and Joel of Gentle Bones could collaborate anytime soon.

While most of these comments were left unanswered, one question was picked up: whether beer queues would last six hours, in reference to the lengthy queues at Guns N' Roses' controversial show in Singapore recently.