On Friday, 4 May, Dua Lipa was the queen of one of Singapore’s biggest dance parties. Making her debut in the Lion City as part of her Self Titled Worldwide Tour, her show at The Star Performing Arts Theatre was impressively upbeat and surely lived up to the young pop star’s glowing reputation.

One of 2017’s breakout stars, Dua Lipa was initially slated to perform at the Esplanade Theatre. After tickets sold out at an unprecedented rate, promoter Live Nation SG announced a relocation to the bigger Buona Vista venue to cater to local fans’ demand for Dua.

We have to admit that we were somewhat anxious about the show; though Dua’s reputation as an inimitable live artist is well-documented, her somewhat flat performance at the Brits (where she bagged five awards, the most of any artist that night) made us nervous that her status may have been exaggerated by good marketing and loyal fans. 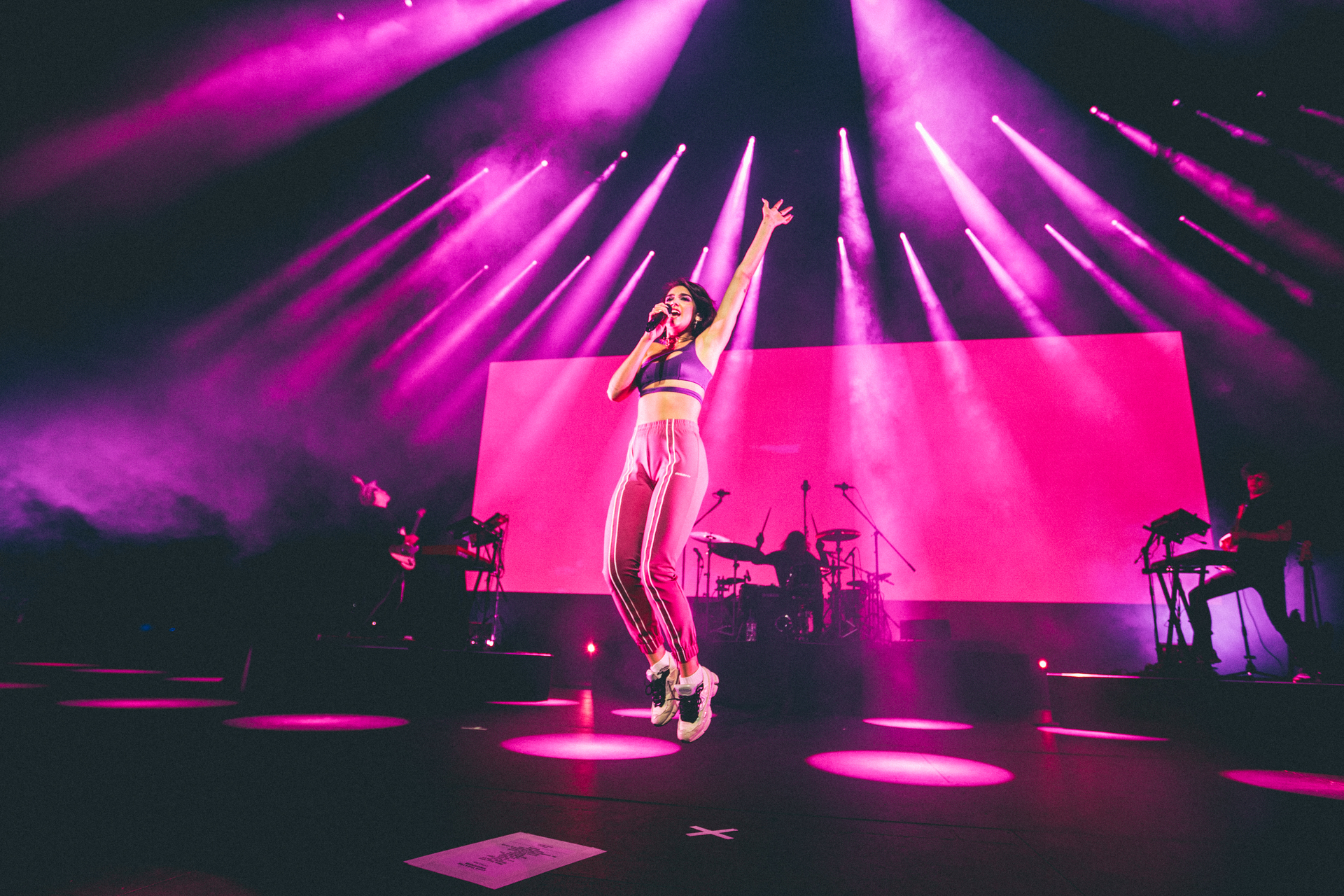 From the moment Dua stepped on the stage, however, all of our worries quickly faded into the ether. Possessing a stage presence we’ve seen in few other performers, Dua made it hard to believe that this concert was part of the 22-year-old’s very first worldwide tour.

Whether it was belting pitch-perfect high notes or encouraging the audience to let loose and dance, Dua had the crowd eagerly watching her every move from start to finish. Opening with ‘Blow Your Mind (Mwah)’, one of her bigger singles, the crowd immediately brought to its feet and stayed standing throughout the entire performance despite The Star being a seated venue. 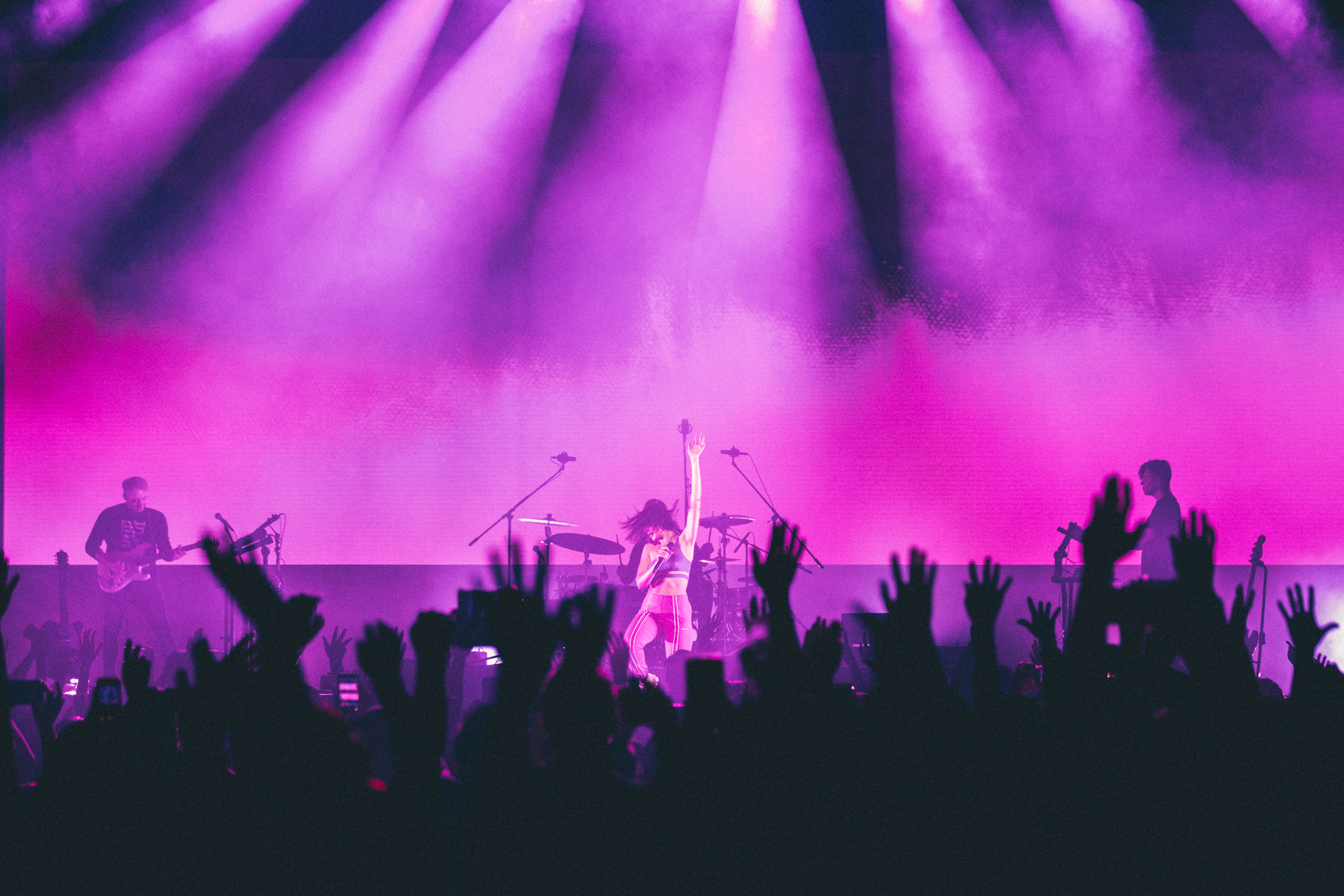 Though she slowed things down in the middle of her set (which was a whopping 19 songs long!), performing her more emotionally heavy ballads acoustically, this part of the show only served to prove just how powerful of a vocalist she is. In a time of heavy auto-tune and sampling in pop and dance music, to hear that Dua’s voice sounds just as good – if not better than – her records is impressive. 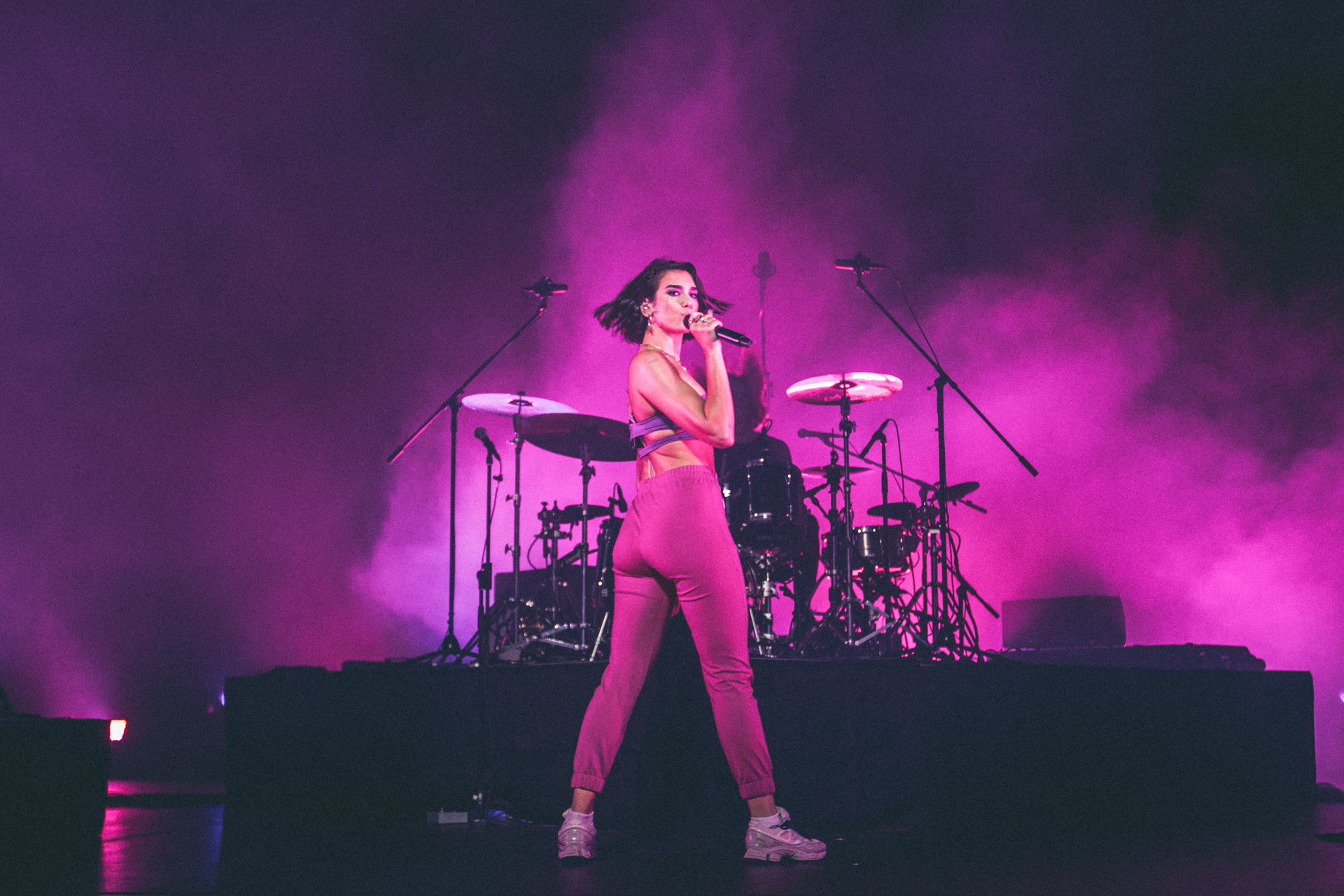 What was even more admirable, however, is how Dua was able to get the crowd jumping again after making us #feel all the #feels during her slower songs. Initially thanking the audience and exiting the stage after ‘Begging’, we knew that there was no chance she wouldn’t leave us without performing ‘IDGAF’ and ‘New Rules’. 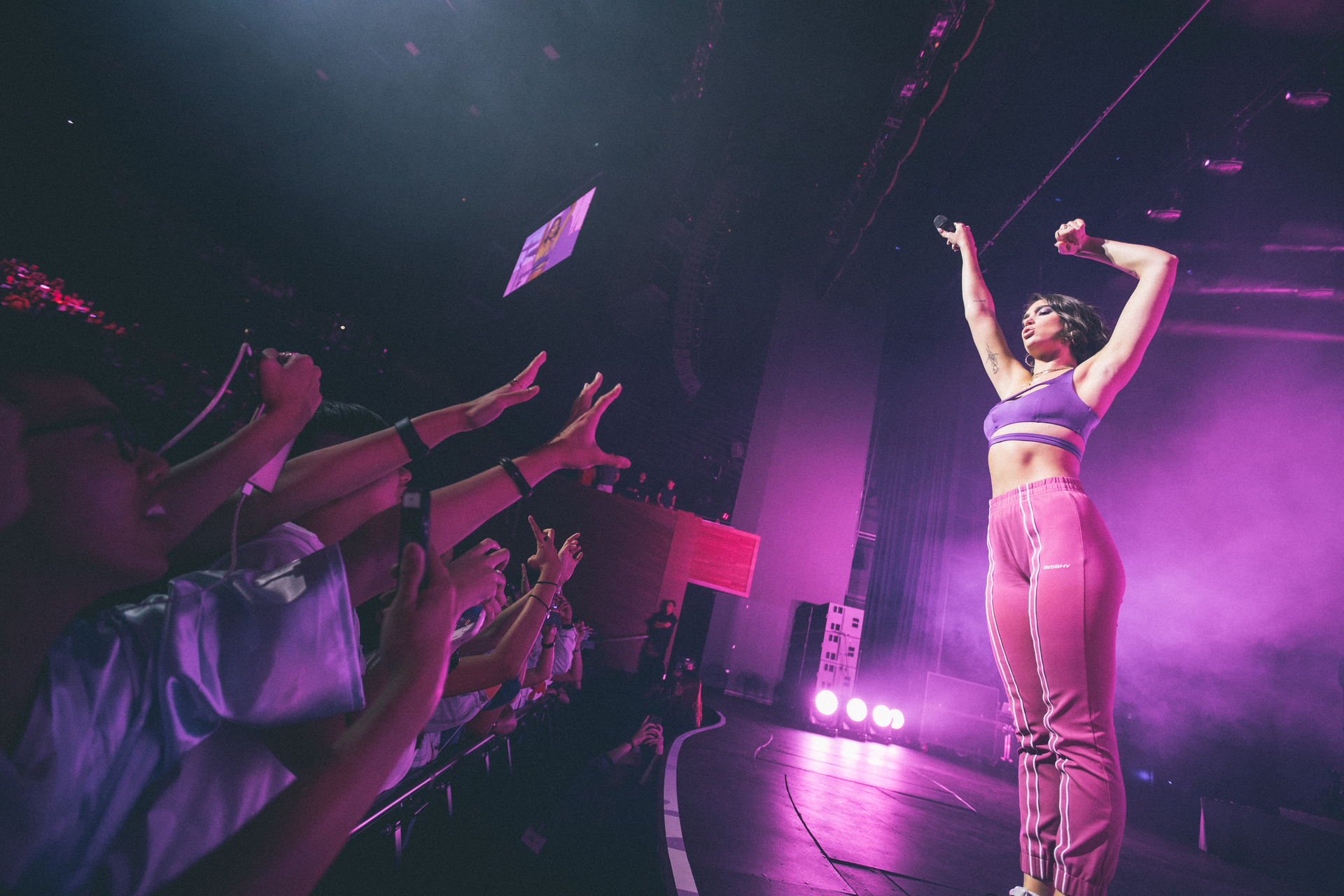 Preceding her return to the stage was a screen-wide call to stick a middle finger up to all fuckboys who’d done you wrong, and Dua re-emerged to close the show with her two biggest hits, which had us all dancing and gleefully swearing alongside her. 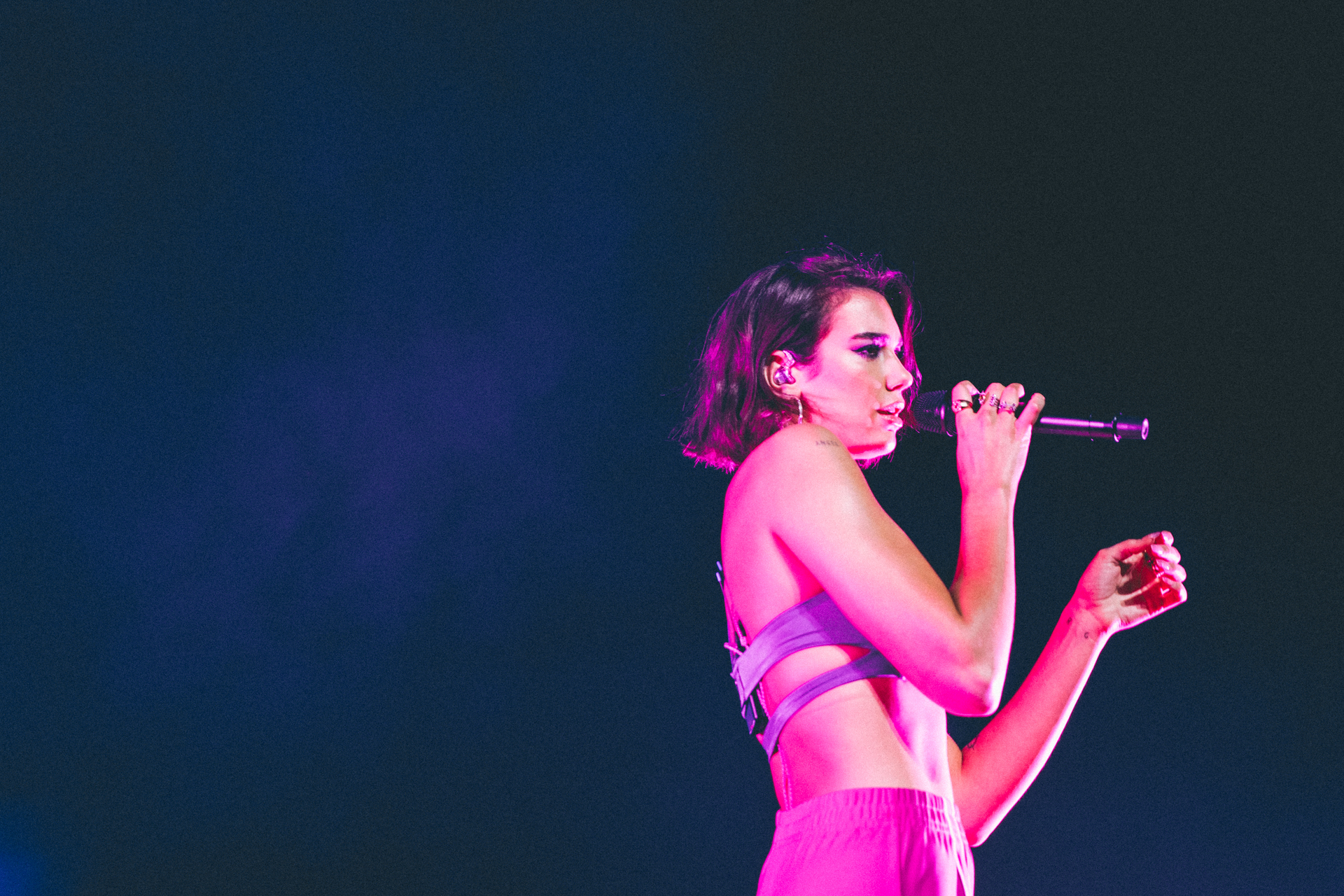 Indeed, the only caveat of the night (if you could even call it that) was that the venue’s seating prevented us from bringing out the inner #BadBitch Dua was calling for. Though the layout of The Star isn’t so tight as to make dancing impossible, we were a bit disappointed that we could not lunge and jump around as much as we wanted to.

This aspect did not detract from the night’s experience, however, as to witness an artist absolutely slay it on stage is what every gig-goer can only hope for. Not relying on overly flashy stage production or back-up dancers, Dua Lipa exceeded all of our expectations in the best way possible. 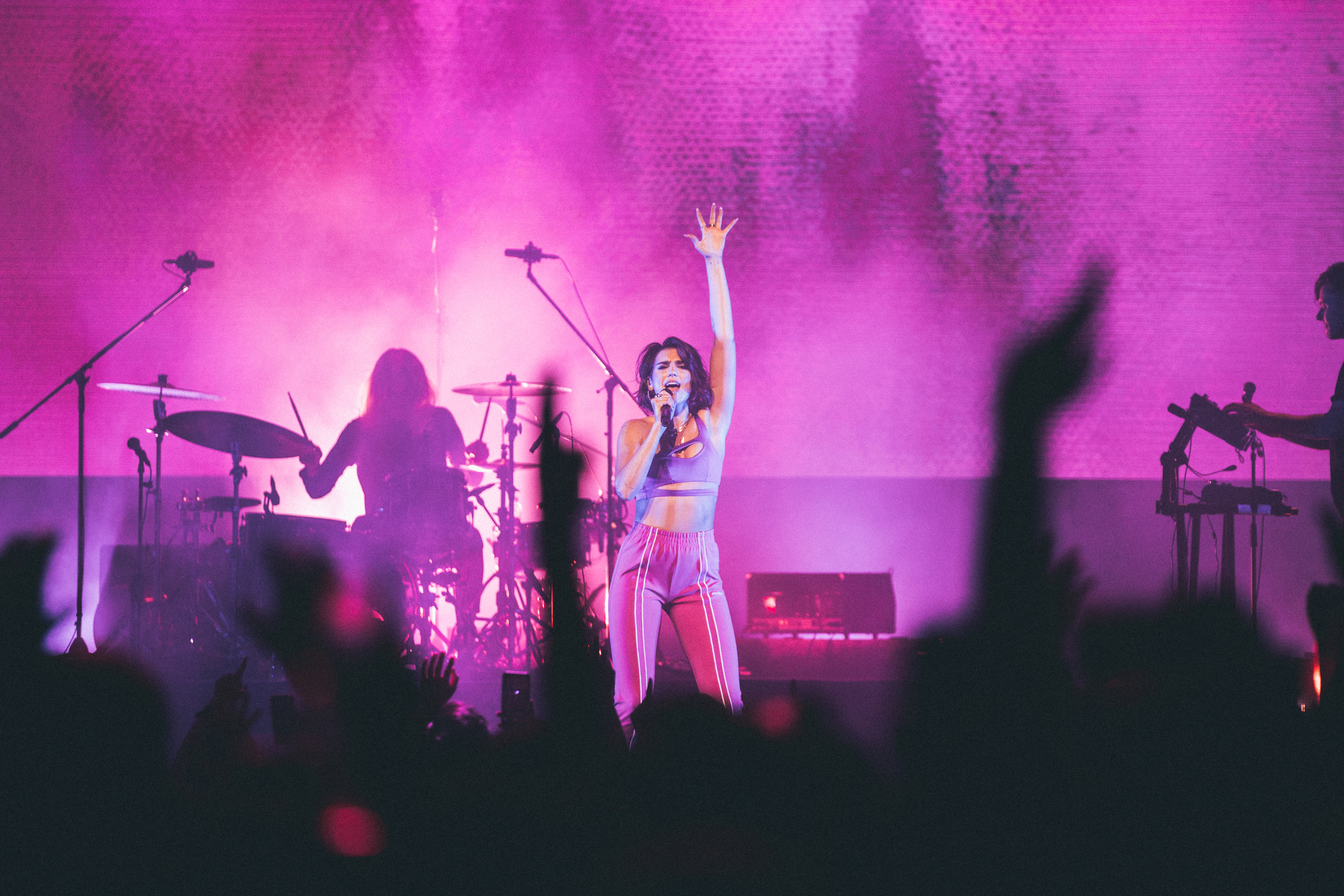