When Korean-American singer-songwriter Eric Nam stopped by for his Singapore show as part of his ‘Before We Begin’ tour, his fans just could not get enough of him that he considered purchasing a house to live here.

The 31-year-old star said: “Singapore honestly feels like my second home in Asia. Look, you guys have the weather except sometimes it's too hot, the food. Should I buy a house here?”

After all, Eric has frequented Singapore multiple times over the years for gigs and even hosted the 2018 Korean music festival HallyuPopFest in Singapore.

Shooting to stardom Justin Bieber-style with a viral YouTube cover of 2NE1’s ‘Lonely’ in 2011, Eric was invited to compete on the 2011 reality singing show, "Star Audition: Birth of a Great Star 2". After landing in the top 5, Eric debuted 2 years later with his first EP Cloud 9. 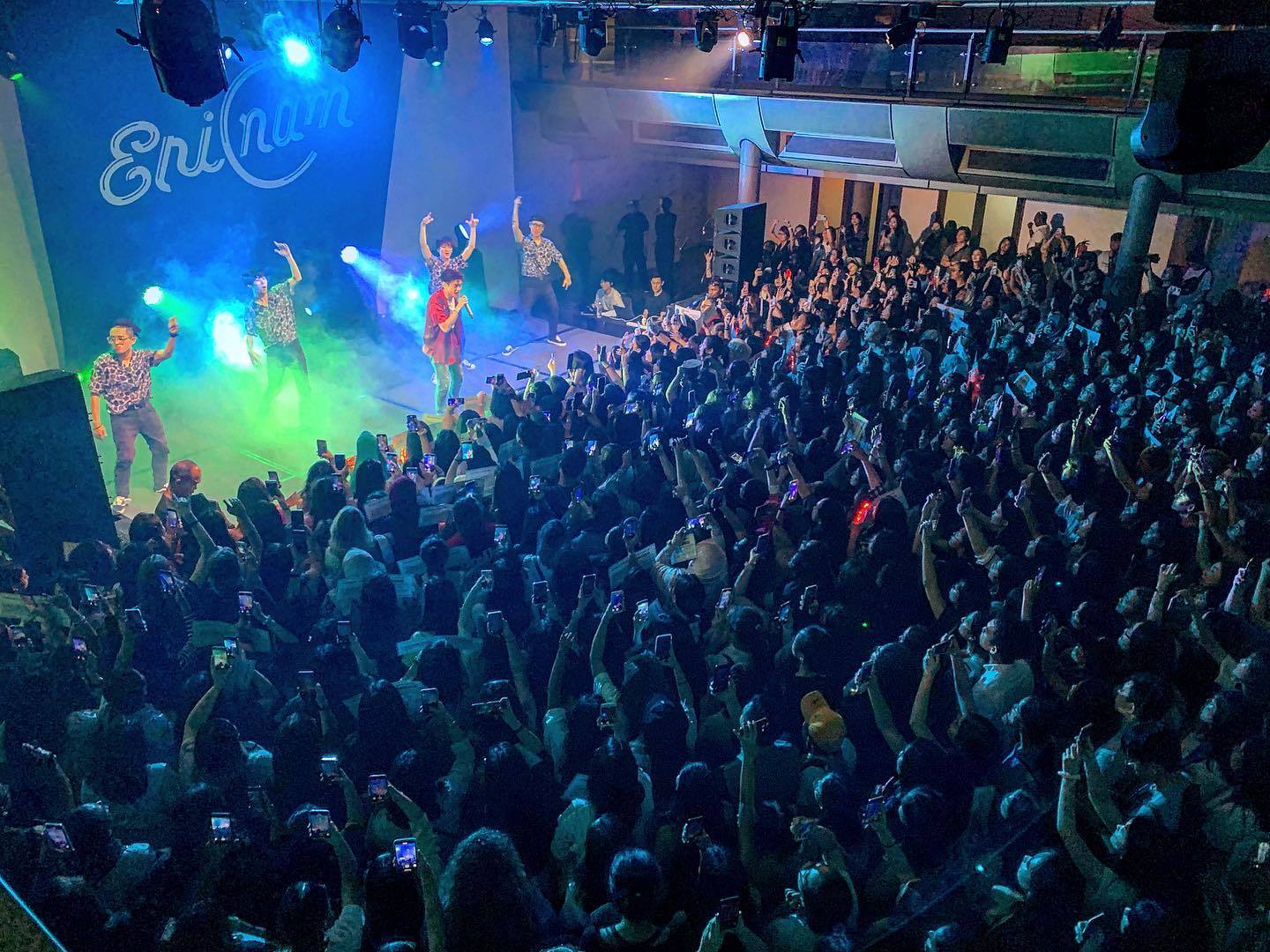 Opening with ‘Come Through’ from his first English album, Before We Begin, Eric and his ensemble of dancers leapt on stage for the energetic number that got Nam Nations throwing their hands in the air.

Greeting the crowd, Eric teased, “Thanks for coming to my TED talk... I mean concert… It's a Saturday night and you guys could have been out but you're here so thank you. We have a lot of songs to get through but I hope you're in for it. This is I think probably one of the intimate shows I've done - very close and personal!”

Melting fans with sweet serenades ‘Miss You’ and ‘Good For You’, Eric's honey-like falsettos shone when accompanied by the mellow guitar melodies. Displaying great synergy with the audience, Eric often pointed his mic towards them, making the segment one big sing-along session. 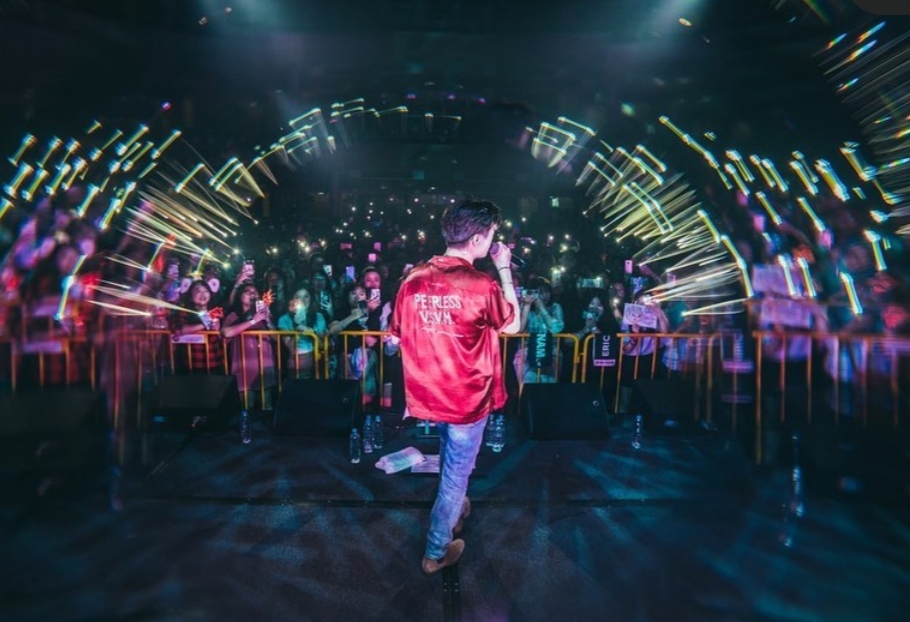 Following that was a series of Eric’s best-known ballads ‘This Is Not A Love Song’, ‘Hold Me’, ‘How I’m Doing’ and ‘Wonder’. As the lights dimmed, Eric closed his eyes and channeled his emotions into every note, clearly submerged in the atmosphere. Although the 4 tracks were released at different points of Eric's career, they all shared the perspectives of a heartbroken protagonist looking at the possibilities of a cracked relationship blossoming again.

Explaining the process of creating ‘How I’m Doing’, Eric said, “You know I feel like in relationships, generally, guys are always apologizing for something… You tell me you don't get mad at your boyfriend? You tell me you never pulled a "Why you're sorry?" This song comes from a place where I’m really trying to do the best I can, but I'm sorry I suck.”

Other notable moments included electropop dance numbers ‘Don’t Call Me’ and ‘Potion’, short impromptu performances of Eric’s older tracks ‘Heaven’s Door’ and ‘Stop The Rain’ as well as a dreamy rendition of ‘Love Die Young’ from the latest album.

He said, “[When I wrote ‘Love Die Young’], I was going through a point of being really exhausted and we're through it. I think when I say love die young, not is it just romantic love, but it's also about life or passion or whatever your dream or goal is. I think it’s kind of important to acknowledge that every once in awhile, because I feel like every song is kind of a love song but there can be some other meanings [to this song].”

Wrapping it up with Billboard chart-topping hits,  ‘Honestly’, the title track from his 2018 EP, and 2016’s 'Can't Help Myself', the star got the crowd partying it up. While ‘Can’t Help Myself’ showcases Eric’s sweet vocals and cute dance moves, ‘Honestly’ is an electropop banger with hints of Reggae influence that portrays Eric as a man excited to call off a relationship and finally be free. During a press conference for his ‘Honestly’ EP, Eric shared about how he felt burdened with his image as a sweet and romantic guy, spurring this transformation in his image and music. In fact, singer-songwriter Suga of K-pop boyband BTS also played a part in the song by giving musical advice.

From melodramatic ballads to sexy R&B tunes and electropop bangers, Eric flawlessly showed off his diverse discography and ability to adapt his musical direction as he changed over the years. Although the star left out several hits from his early debut albums from the setlist, he still personalised impromptu performances for his long-time fans. Coupled with his amiable personality, humor, and wit, it is not hard to see why Nam Nations could not get enough of the star. 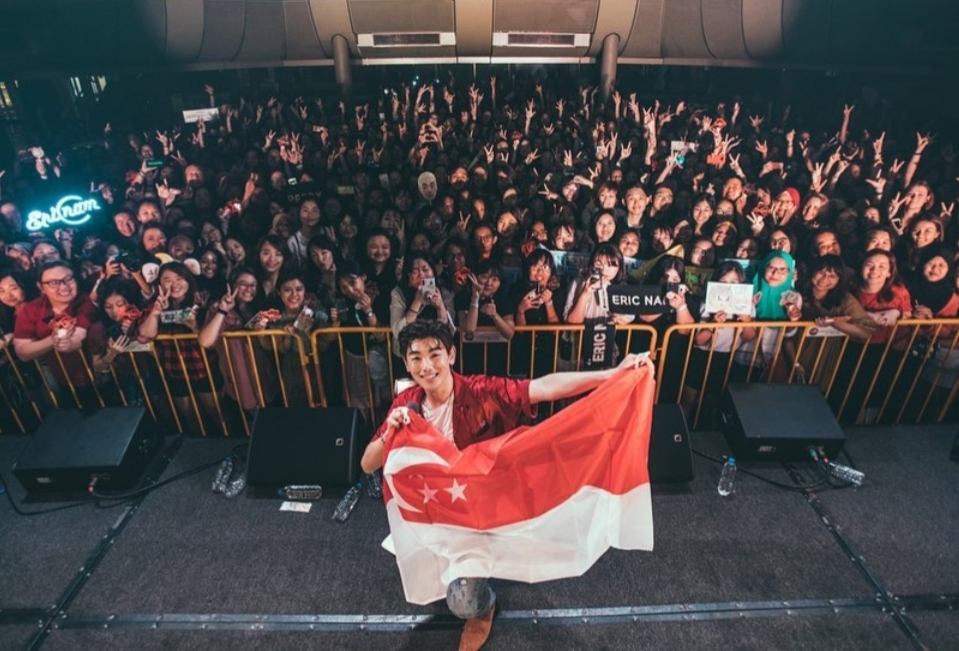 Special thanks to Onion Production for the invite.

Come Through
Runaway
Miss You
Good For You
This Is Not A Love Song
Hold Me
How I’m Doing
Wonder
Don’t Call Me
Idea Of You
Like You
Cave Me In
I Just Wanna
Love Die Young
Lose You
Potion
You’re Sexy, I’m Sexy
Congratulations
Honestly
Can’t Help Myself