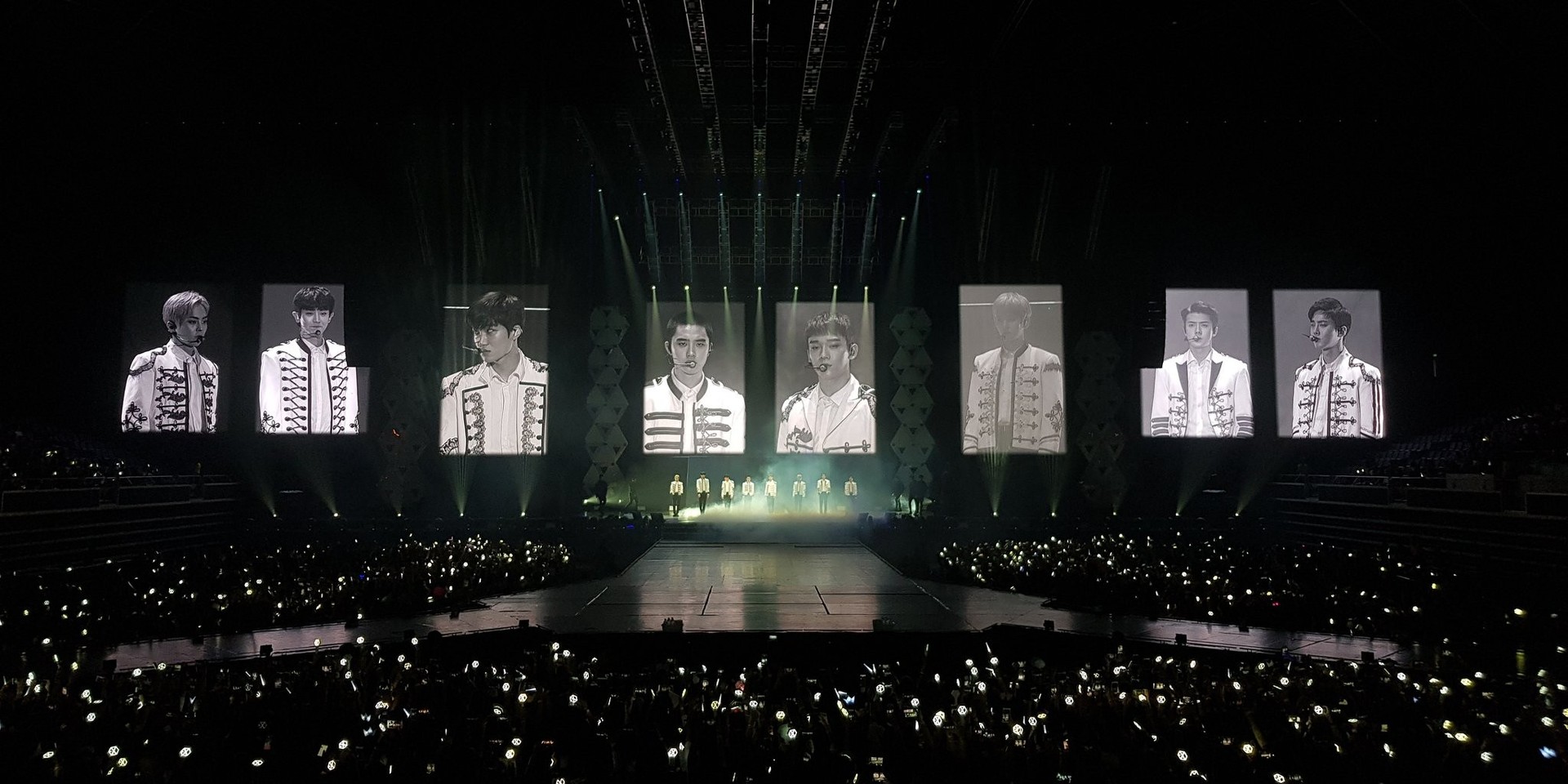 Words by Louisa Chan
Photography by One Production, Rock Media

I have fond memories of my time at EXO's past concerts in Singapore: the K-pop group's varying concepts encapsulated in enthralling stages, the copious amounts of fanservice met by screams from the audience (myself included, at some points), the Indoor Stadium illuminated by white lights of the group's official lightsticks, and being a part of it all.

Fresh off their performance at the Winter Olympics Closing Ceremony, EXO performed to an approximately 8,000-strong, near sold-out crowd at the Singapore Indoor Stadium on Saturday (3 March) for their tour EXO Planet #4: The EℓyXiOn. It is remarkable that this is EXO's fourth headlining tour since they started touring a mere four years ago; you might be excused for assuming such a clockwork touring schedule might make their setlist and stages repetitive and stale. But this was not the case at all last Saturday. 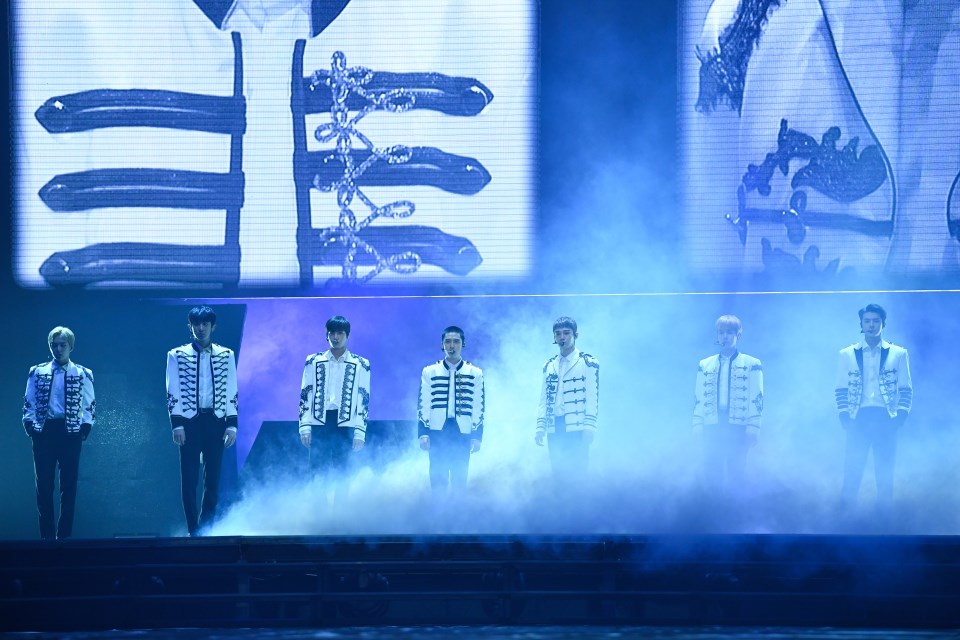 The group — its performing lineup consisting of members Xiumin, Suho, Baekhyun, Chen, Chanyeol, D.O, Kai and Sehun — made their powerful entrance with dark, sexy, R&B-infused track ‘The Eve’, and did not hold back on using pyrotechnics from the get-go. Riding on the high of their impressive entrance, the group continued with other tracks off The War, 'Forever' and 'Ko Ko Bop', then ascended to the chart-topper that propelled them to K-Pop royalty status: ‘Growl’.

A (staged) dance battle between members Xiumin and Baekhyun ensued before the group took a quick break to introduce themselves to the crowd, with Baekhyun commenting that the fans were as passionate as ever evidenced by the very warm welcome they gave the group, despite it being some time since their last concert here in April 2017. Leader Suho was also quick to remind fans to be mindful of their safety — speaking in English, he said, “Please always be careful of your own safety… and my heart,” which without question, got fans in a frenzy. 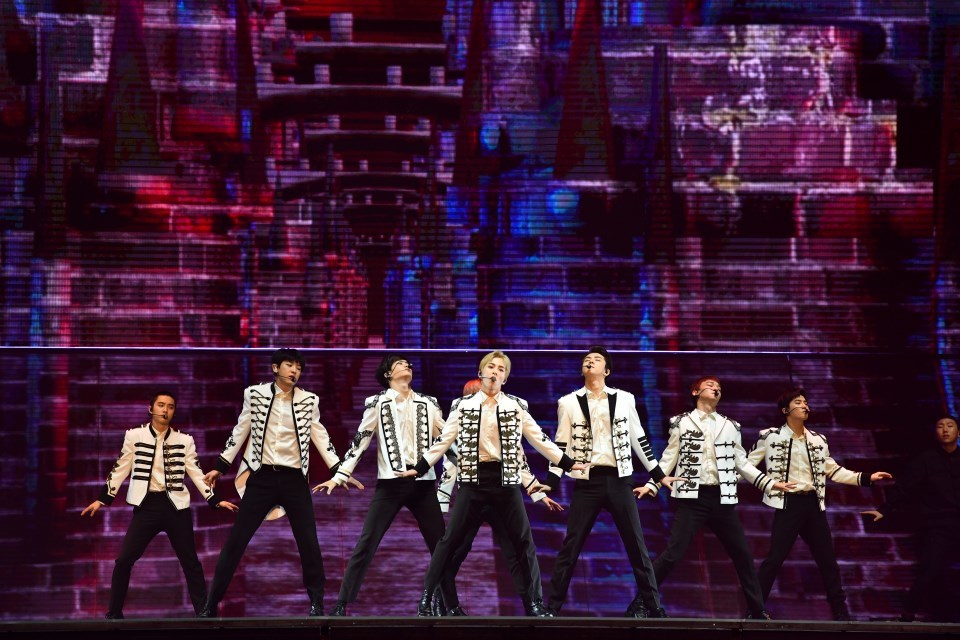 After a quick wardrobe change, the eight members returned to the stage set up like a classy bar out of the 50s (similar to their stage at the KBS Music Festival in December last year) performing a remix version of ‘Call Me Baby’, ‘Touch It’, ‘Chill’, and an English version of 'For Life' jointly performed by D.O and Chanyeol, the former serenading fans with his deep vocals, and the latter on the grand piano. The group continued with performances of 'Boomerang' and 'Lotto', before subunit EXO-CBX (consisting of members Chen, Baekhyun and Xiumin) took over with their latest track 'Ka-Ching!' More solo performances took place with Suho and his rendition 'Playboy', yet another performance that got fans riled up with the borderline-R21 hip thrusts, and Chanyeol with his rap 'Hands', a performance that brought the entire hall to a stand-still.

With heartfelt lyrics like "The hands that steadied me when I was struggling / The eyes that comforted me when I was crying / The dream we dreamed together when we closed our eyes / If I had held on to that hand just a bit tighter, if I hadn’t let go, would I be different from what I am now?" delivered with strength and tact, Chanyeol easily captivated the crowd with his rap that gave the audience a glimpse into his struggles. It could be due to the lyrics written with passion playing on my heartstrings, but I found Chanyeol's solo performance the most memorable of the evening. 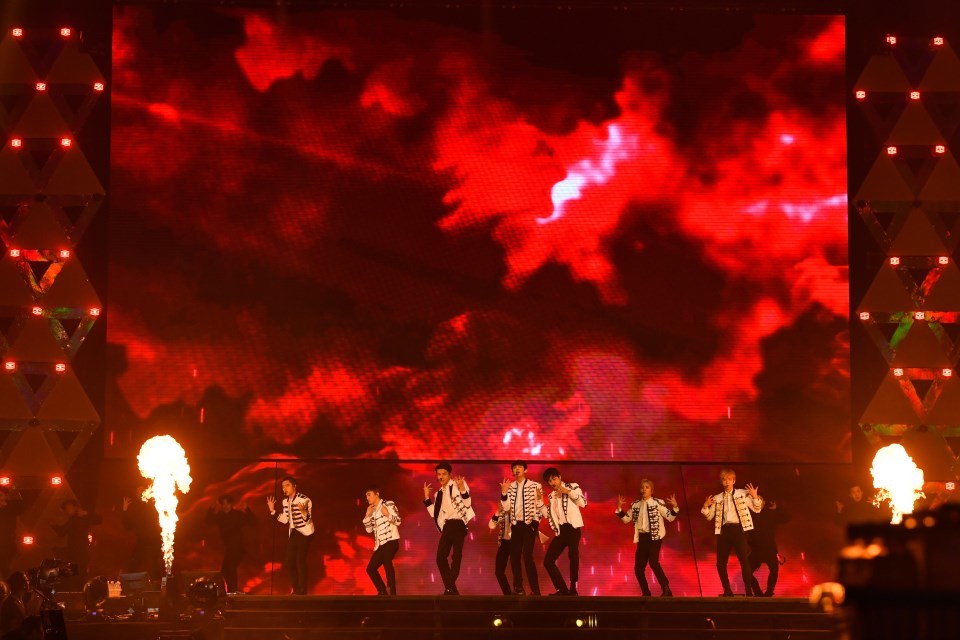 The second half of the concert saw EXO showcasing their conceptual versatility. Clad in white and tossing signed plastic balls to fans, the boys performed their softer, more heartfelt tracks, 'Cloud 9', ' What U Do', ' Tender Love', and 'Walk On Memories', before transitioning to a stronger, more upbeat stage, with outfits in primary colours red and black, and performing higher-tempo tracks 'Diamond', 'Coming Over', 'Run This', 'Drop That' and 'Power'.

The group made a quick exit thereafter, prompting fans to begin chanting for their return for an encore. Before long, an instrumental version of 'For Life' played, and fans sang along to the melody, albeit messily due to the language barrier, although I can proudly say everyone nailed the chorus and harmonised together as the stadium lit up with white lights. EXO returned soon after, completing the concert with fan favourite numbers 'Don't Go' and 'Angel', and bid the fans farewell with a promise to return soon. 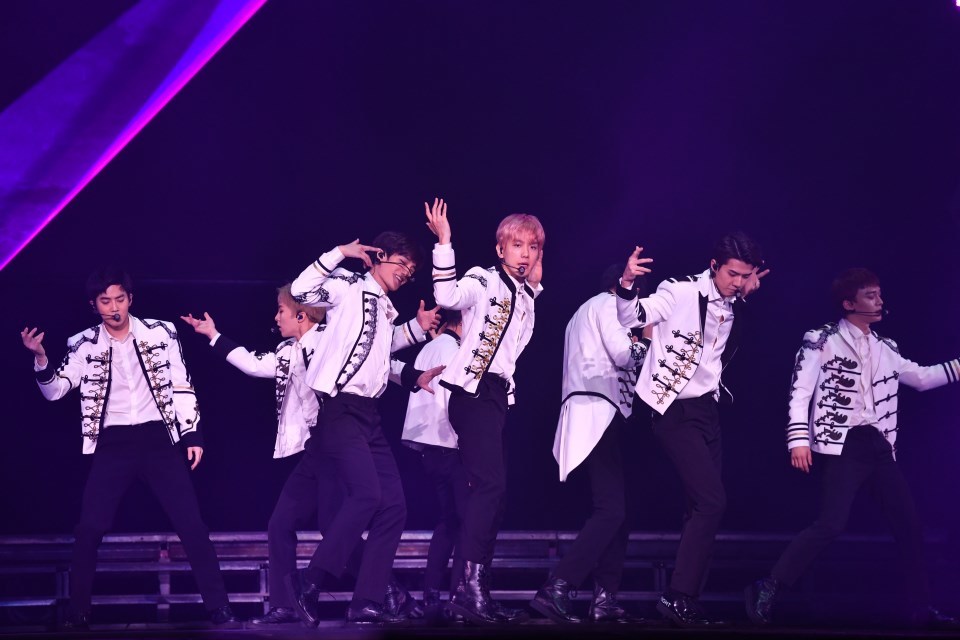 In their past concerts, EXO had different stages with varying concepts, more specifically a "sexy" stage with more R&B-infused tracks, a "cute" stage featuring the members dressed in quirky costumes and the group's upbeat, pop numbers, and an EDM-inspired stage, mimicking the atmosphere and scene of a dance club with a good mix of tracks from all their discography; but it seems this year, the group chose to forgo that multi-pronged tactic.

Notably absent from The Elyxion's setlist was the group's older, classic tracks, including debut track 'Mama', chart-topping repackage title track 'Love Me Right', among other fan favourite side tracks ‘Lucky', ‘3.6.5’, ‘Moonlight’ and more. In fact, the setlist consisted mainly of tracks off The War (along with repackage The Power of Music) and EX’ACT, and the only recurring element from past concerts present being the EDM-inspired stage. 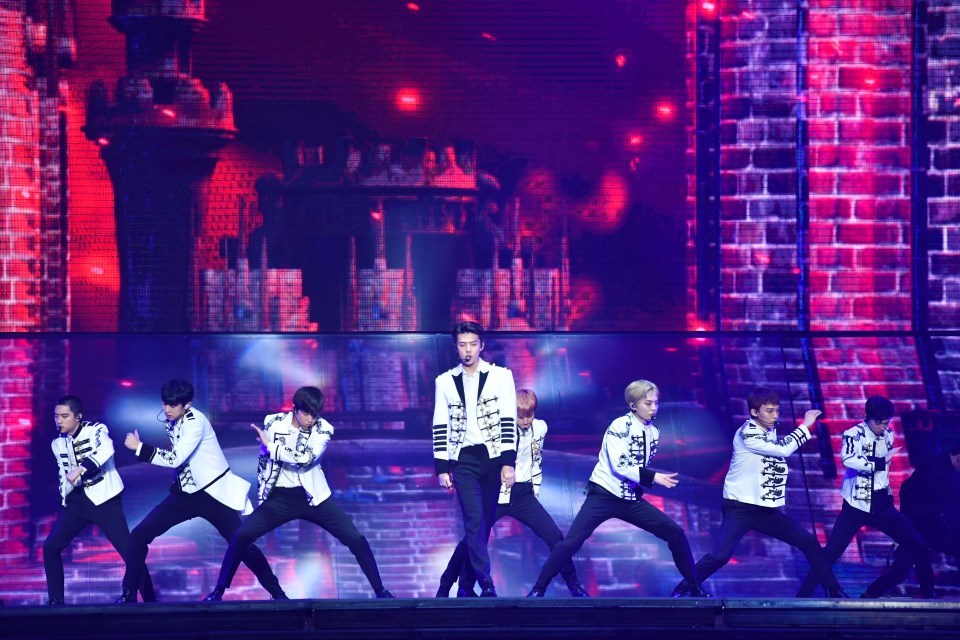 Now having staged their fourth concert since they’ve started touring in 2014, EXO are practically masters of performance, each member well aware of what gets their fans going and what it takes to provide a memorable show for all. The group has honed the art and skill of performing impeccably in sync — which is perhaps why the group finally took a drastic turn from their usual setlist style to make way for the showcase of each member's individual skill/talent.

From dance battles (Xiumin and Baekhyun), to a stripped down performance utilising a grand piano (Chanyeol and D.O), to individual performances featuring singing, dancing, rapping or more than one of those talents, EXO was able to give their fans a glimpse of their growth since their debut, or last they had an opportunity to showcase their individual talents, at least. Sure, the older tracks were certainly missed this year, but it made for a more refreshing show, with more consistency in the stages, and it was a show nothing short of amazing.

It does make one wonder though, was EXO's omission of their older tracks in their setlist a deliberate move and indication of the group maturing and modifying their image and sound to break out of their current image? Only time, and their next comeback will tell. 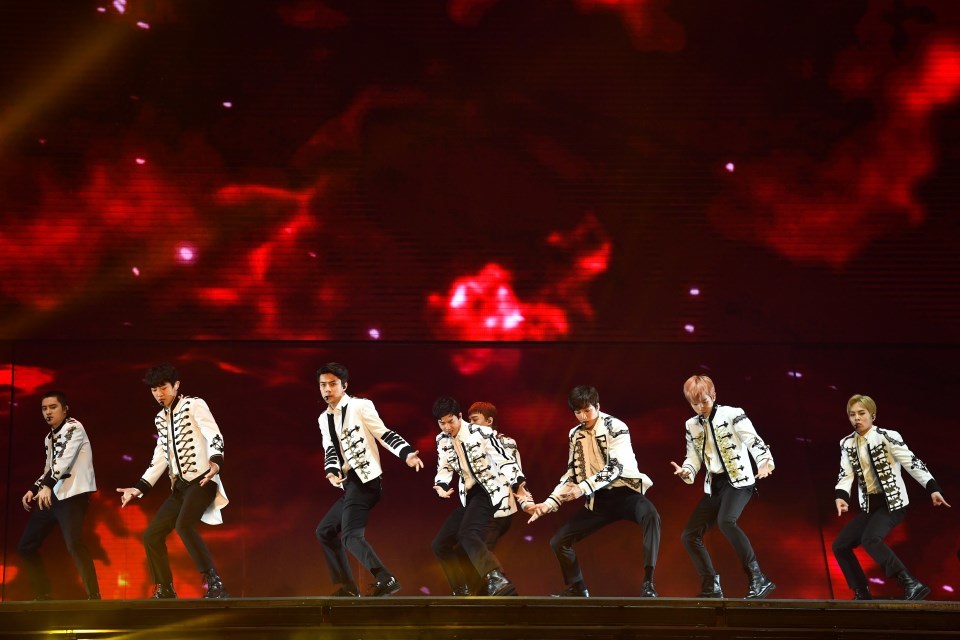 Notable quotes, and words I never fail to hear each year:

— A crazed teenage fan. I forgot who she was referring to, but then again, she could be referring to anyone in the group. Relatable and reminiscent of my 17-year-old self.

— Several crazed teenage fans, both male and female. This was cute and endearing.

This is my favourite song!!!"

— A fan goes, before proceeding to mumble Korean lyrics incoherently; perhaps the most relatable of them all.

— The crowd chants as they eagerly anticipate the group's return to the stage for their encore, but not for long though, most of them die out after say, half a minute.

I'm going to miss them so much."

Setlist for EXO Planet #4: The EℓyXiOn: